“Ownership is the most intimate relationship one can have to objects. Not that they come alive in him; it is he who comes alive in them.” Walter Benjamin

Watch enthusiasts, watch hobbyists, watch traders and entrepreneurs, students and masters of horology; all of them share the most common thread of watch culture, the thought that began with a single, pure desire.

We wanted our grandfather’s Omega, the Timex in the window; we climbed to the peak that is Rolex and found it was only a plateau to Vacheron Constantin, and so on. So we claimed these timepieces and, no matter how long the moment, we were satisfied. Some of us stopped there. Others looked around and grabbed more, more that were within reach, within the means of their salaries of course. And eventually, they looked beyond that price point, to the next level. 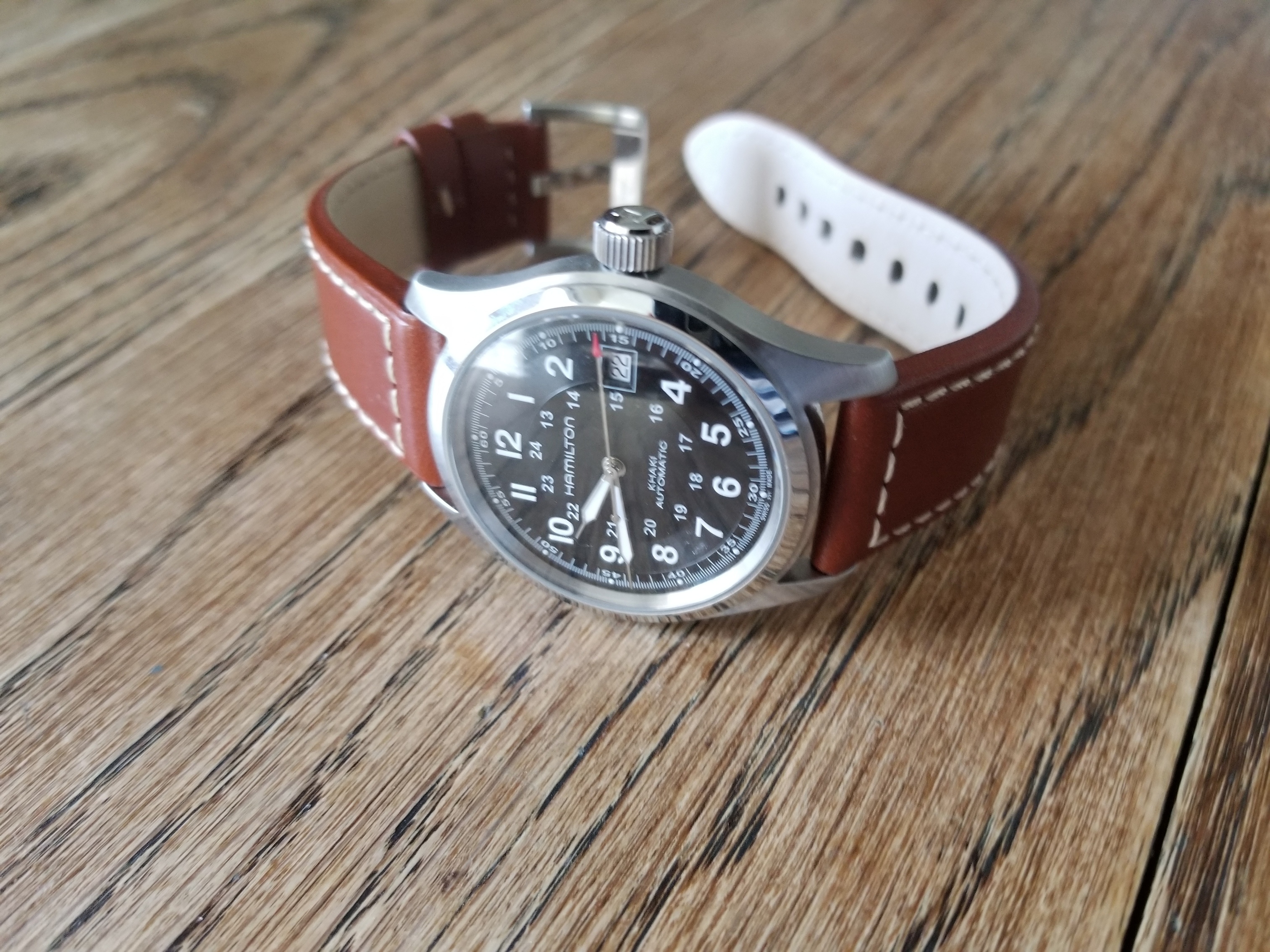 Some call them grail watches, some call them exit watches; personally, I am fond of “a one-watch collection”. The concept is simple, you reach your final watch, you stop. And at the end, you do what a lot of people outside of this hobby think is pretty crazy, which is to grow a bond with that watch. And who can blame you? The hours of scrolling through websites and forums, calling to one authorized dealer and another, watching that watch savings fund grow and grow.

We really are at our best when we’re on the hunt for a watch.

In the community and regarding the concept of The Last Watch, some say you can bow out at the mid-tier luxury price point, sell off your collection, and just rest with what is left on your wrist; and in some ways I agree. A Rolex Explorer or Submariner. An Omega Speedmaster. A Panerai Marina.

But a “one-watch collection” doesn’t necessarily need to be defined at any level. Let’s make that concept, for the sake of an argument, a little more flexible.

There are a lot of videos and blogs covering the subject and they do it very well: the best watches at certain price points. They’ve done the research; they’ve curated the best of the best. I myself found a lot of great watches from these roundups. And that concept of a “one-watch collection” can apply to any of those points. Which is where I’d point to the 38mm Hamilton Khaki Field Watch Automatic, reference H70455533. Price: $400-500 (dependent on sales, resells, the lunar cycle at the winter solstice, etc.). 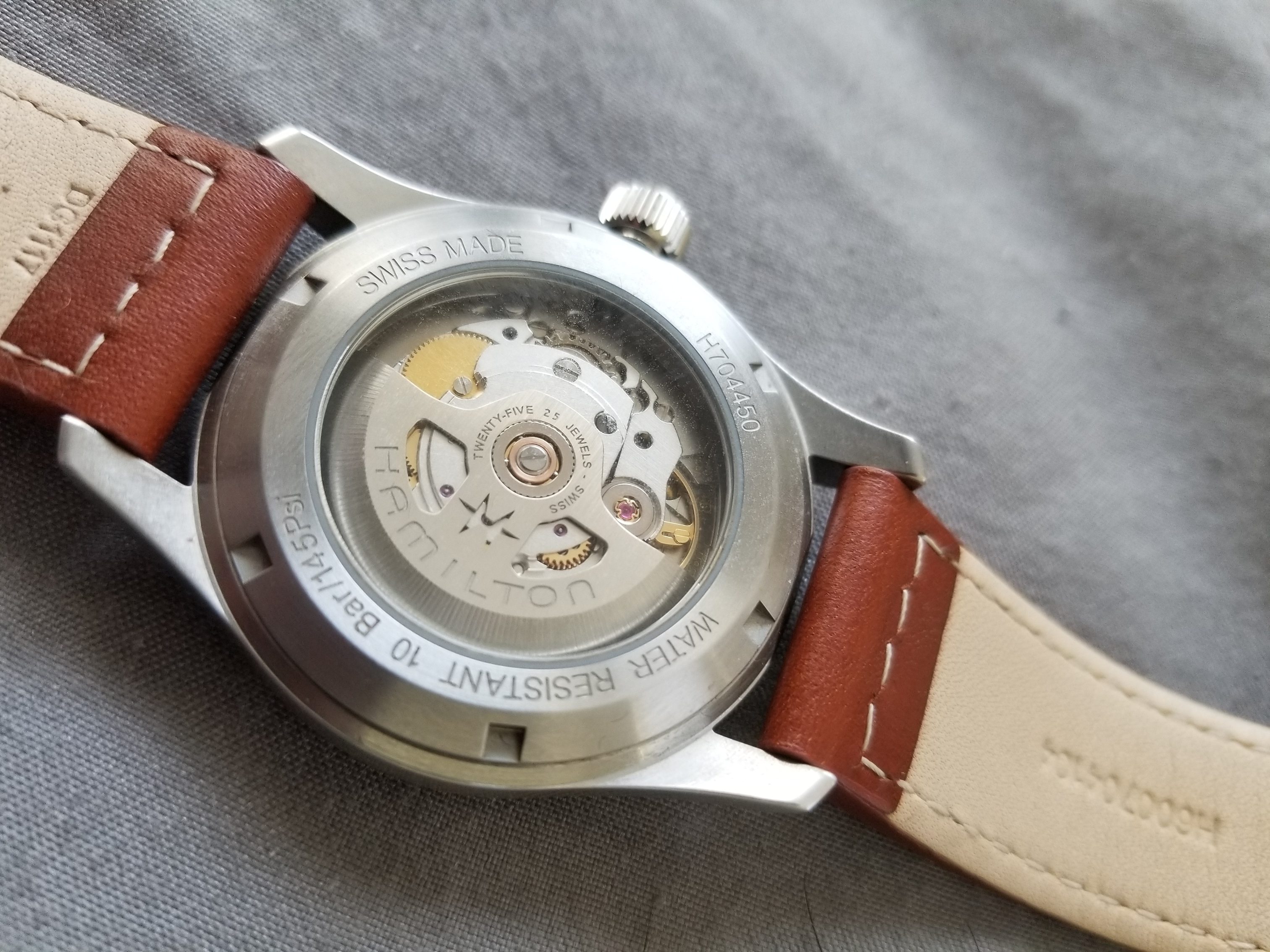 It is tried and true. Go ahead and search the reviews, read the articles, watch the videos; dive into the history too, while you’re at it.

Across the board, the Hamilton Khaki Field watch is a staple in its price point. Not simply because it’s a great watch at a reasonably affordable price. But because it is a great watch that happens to be affordably priced.

It has its H-10 caliber movement, an ETA C07.611 base, with a power reserve at 80 hours. Even if you put it down, go out for a weekend, and then come back, slide this watch back on your wrist without missing a beat. 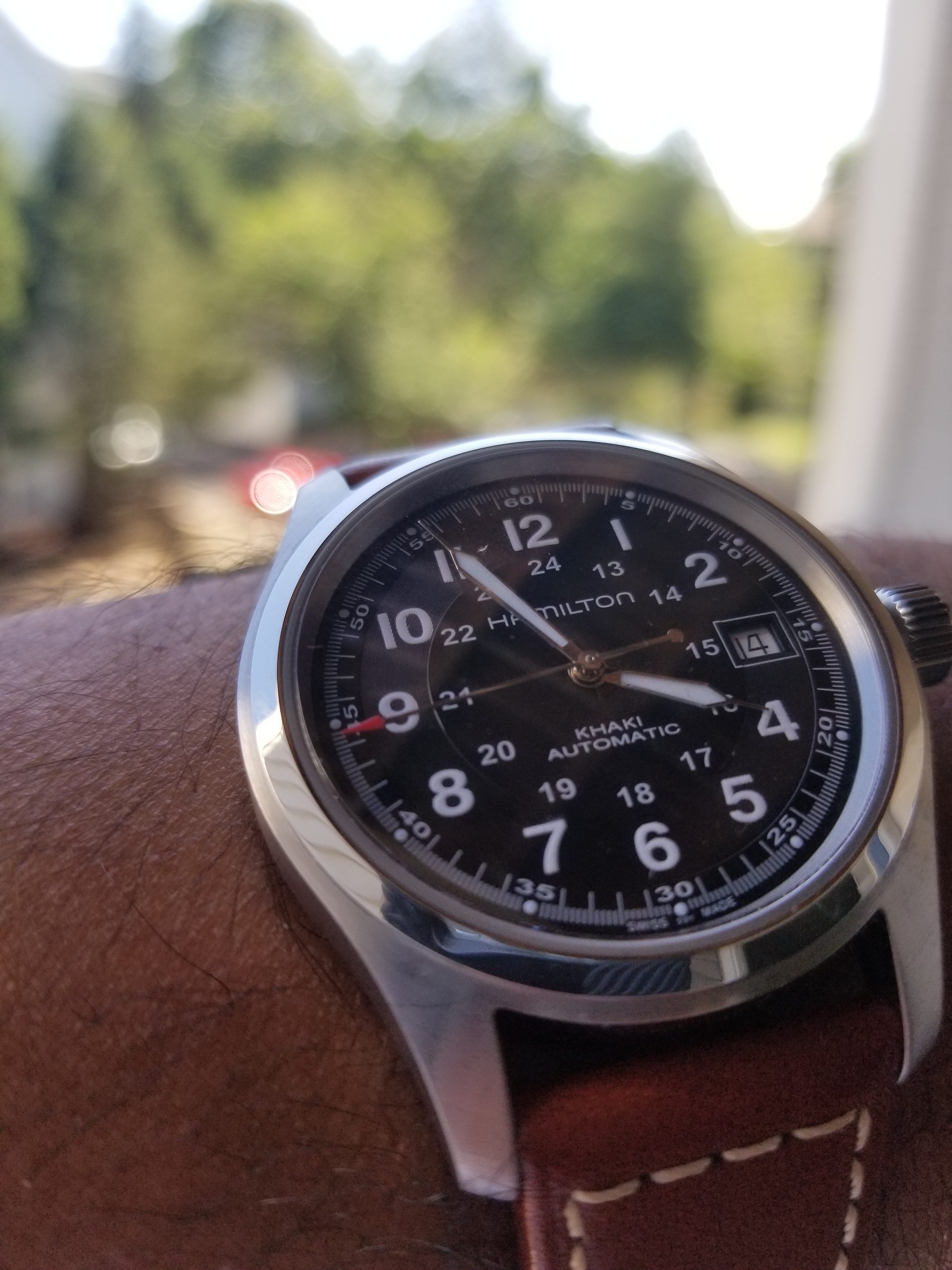 Its case material is stainless steel and the case thickness holds at 11 millimeters. It also has its sapphire crystal, which at some angles has a few intriguing views within its curves and a water resistance of up to 100 meters.

And I’ve been told it is an absolute dynamo for straps with the nearly universal 20mm lug width that opens a lot of doors. I wouldn’t know; I can go comfortably on the record to say that the original cow leather strap the Khaki Field watch comes with is so good I don’t really see the need to swap it out.

But this watch isn’t without its faults. At the 3 o’clock position is the ever-polarizing date window (a brief pause for a motion of peace) where someone had the nerve to think we wouldn’t notice that it pushes the 15 on the face slightly out of alignment, no longer making a perfect inner circle on the dial. I mean, how dare they? Nonetheless, it is an imperfection that can’t be ignored and for some is a sore sticking point for an otherwise fantastic piece. 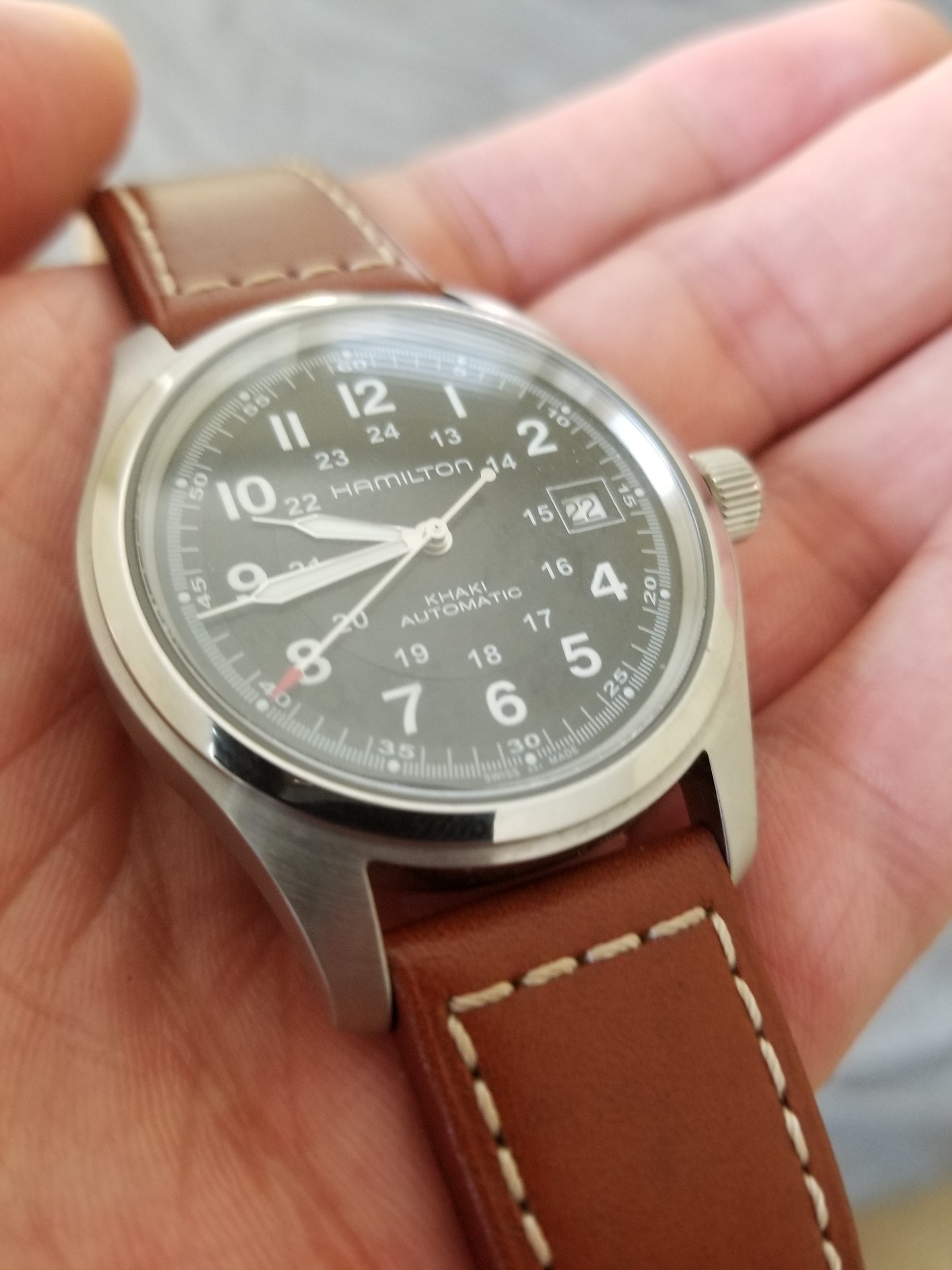 I am not going to try to echo what’s been said and I will try my damndest not to sound like I picked the adjectives from a mid-sized sedan commercial. But it is easily one of the most dependable tools, if not objects I collect or use, that I own. Simply put, it serves its purpose, its there when I need it.

It can roll with you into a business meeting when they’ve blocked the clock for a full-screen PowerPoint presentation. It goes the distance at 7AM when you’re mowing the lawn, the luminescent hands guiding you along in the early laps when you’re too bothered to spare nothing else than a glowering glance.

Some may not pass this watch down the line as an heirloom. Some might not take it to their local watch event. And among varying price points within a collection, it may not be the best. Within it its own weight class though, it is far and away a true recipient of the “one-watch collection” concept.

But in your own collection, be it as shallow as one or three or as deep as 12 to 19, the Hamilton Khaki Field is the watch you put on fondly. It’s the passing thought of, “Yes, that’s a great watch, let me put that on.”. And for however long you keep it on until you put it back down again, you feel at your best.