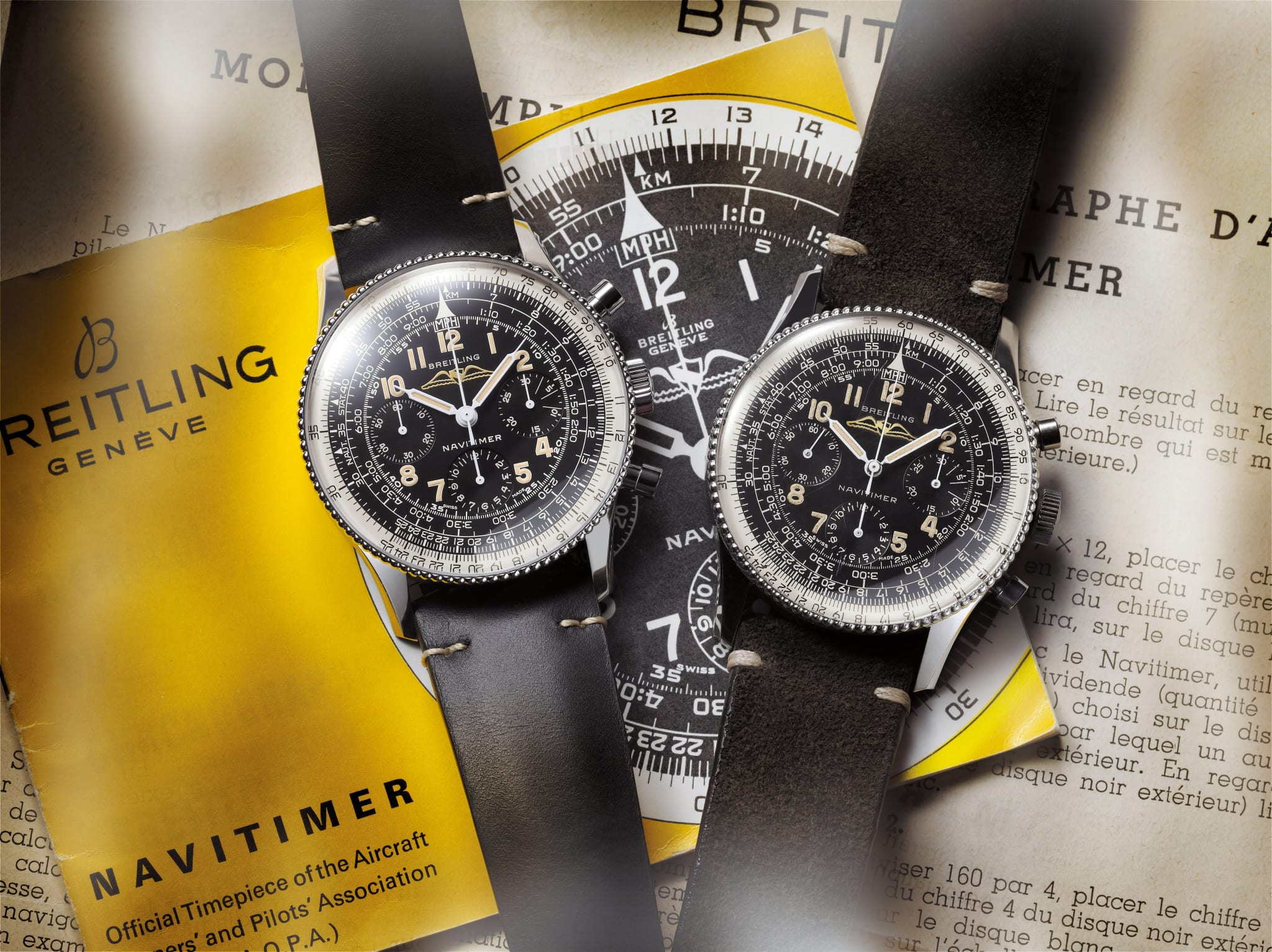 The pre-Baselworld hype train is leaving the station and in the first carriage we have Breitling with a 60th anniversary reimagining of their 1959 Navitimier.

Limited to 1969 pieces because, well it works for Omega, the ref. 806 comes with an all black dial and the hand winding B09 chronograph movement. Going by the info from Breitling themselves this is the first of a range of releases that will coming down the line over the next few months and in this instance the spec list remains true to the original it aims to recreate, even down to the number of beads used to stabilise the rotating bezel (94 if you wondered). 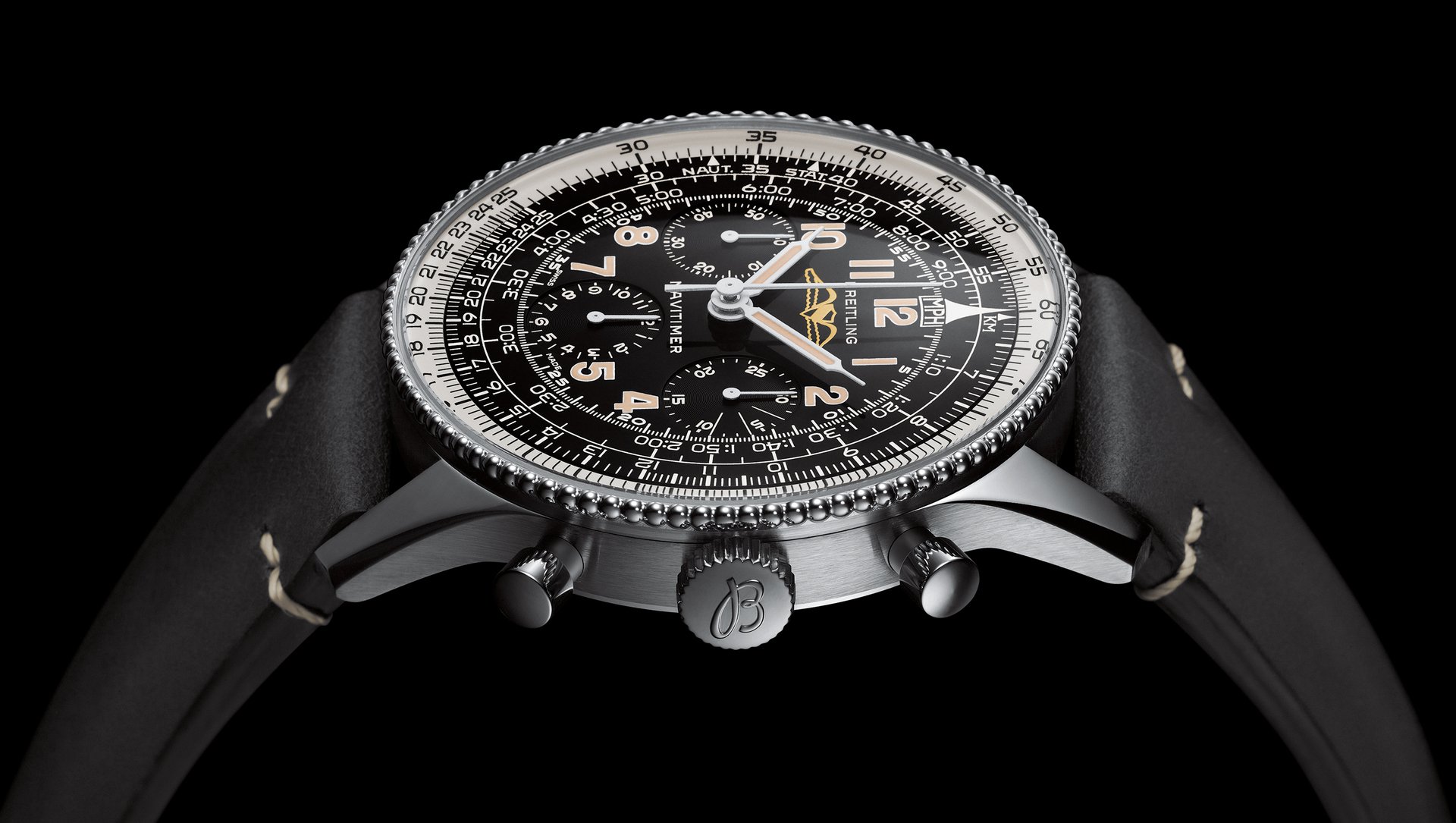 No sapphire crystal here either on the almost 41mm case as the history call backs continue and a domed acrylic is utilised instead mimicking the exact shape as the original back in the day. Water resistance is a paltry 30m so try and not crash your Cessna over water if at all possible.

What are your thoughts on this one? Are we just anniversary crazy or are the brands on a landslide cash grab rolling out re-editions instead of being creative? Let us know in the comments! 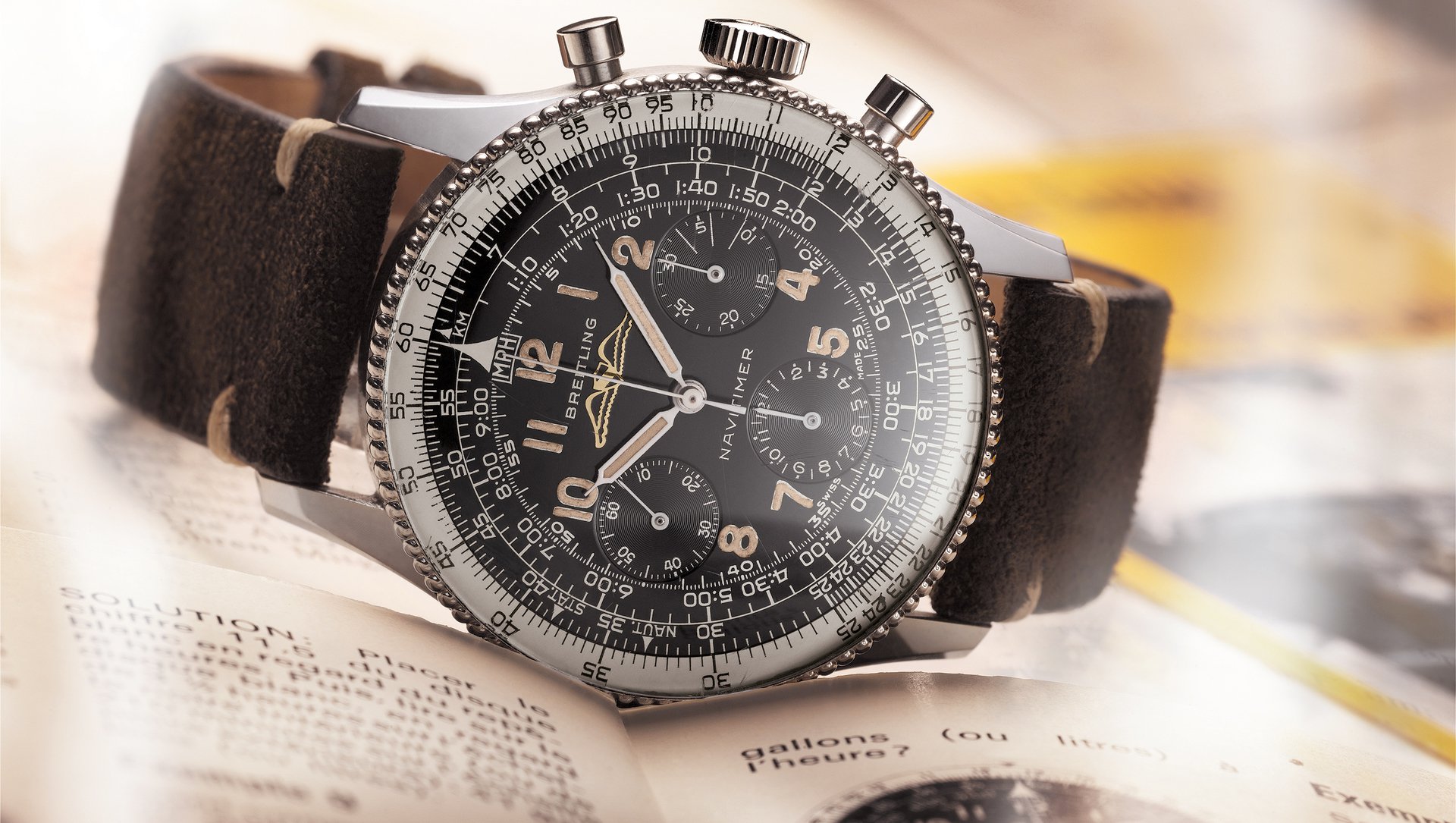 See this watch and more on the Breitling stand at Baselworld next week in Hall 1.0 / Stand C31