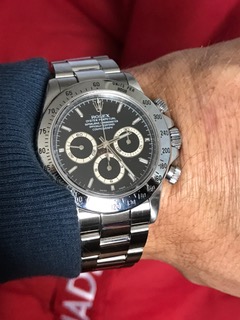 Its 06:20 on a dark and cold morning (life in a Northern Spa town) and I’m walking the dog by the woods – headphones intact.  Its seriously dark and a blanket of fog slowly reveals the path ahead as I follow Lola into the unknown … we are talking spooky! (I sometimes run through the woods with a head torch in a style reminiscent of The Blair Witch crossed with Chariots of Fire, as fear makes me run a lot faster).

Emotions are in check, rationalising away the fear of the dark when, all of a sudden, I’m stopped in my tracks.

What just happened? Something terrible. Something incomprehensible!

Did the Scottish Watches boys just call out my beloved Daytona as a girls watch on podcast #06?

Jumping back five or six years, I’m in a local Jewellers taking delivery of my very first Rolex, the iconic Submariner. I maybe didn’t know the comparative nuances of the maxi case but I could quote the reference number (114060) and revel in the decision to go with the aesthetic, slightly more under the radar (if that’s possible), symmetrical no date. 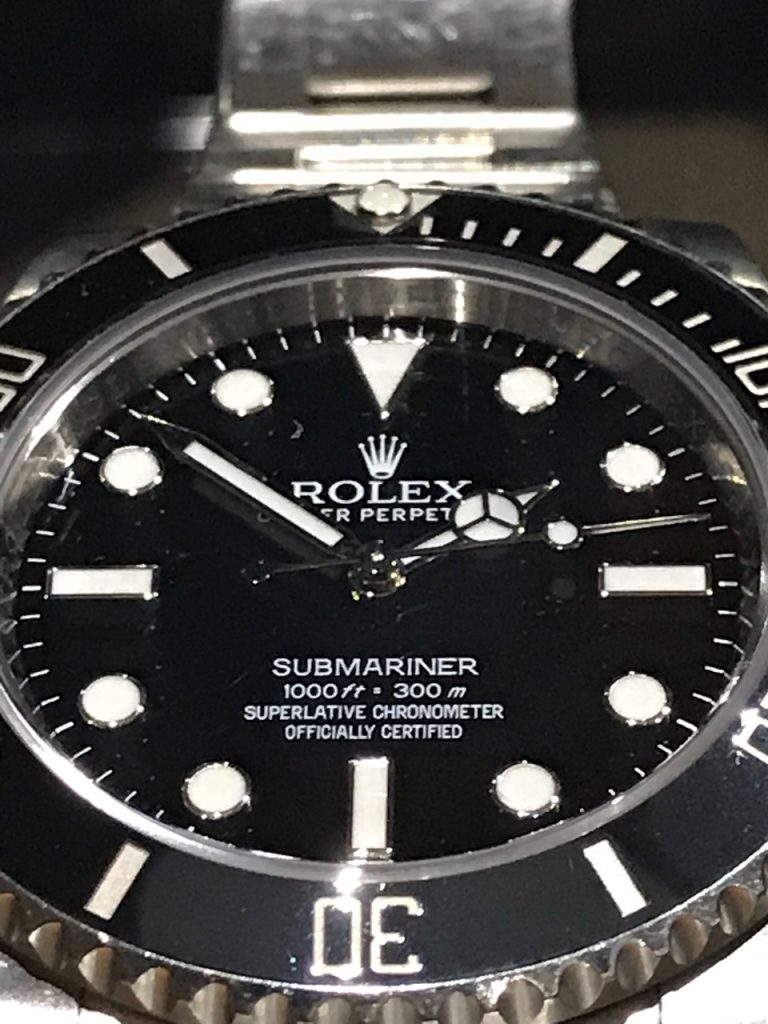 The jeweller, I have met a couple of times but he knows my better half relatively well which is the only reason I am coming out of the deal with a 10% discount  (on a steel Rolex no less, oh how times have changed). He plays his part well with his reverent tone and congratulatory positioning.  “What a good choice sir! It’s beautiful isn’t it sir!” I was in the moment. Enjoying his validation of this milestone entry into Rolex ownership, which I had, up to this moment, resisted. When he fires across the bows a parting upselling remark.  He tells me that I need to live with and enjoy the watch and then come back in a year or two, at which point I will want to upgrade to the Rolex Daytona!  It’s what “everyone does sir” he tells me.

I remain polite. I nod and make the appropriate gushing noises but the internal voice in my head is already on a roll. “What the hell?  I hate the Daytona!  There is no way on earth I will wear let alone own the ostentatious, bling-fest of a watch”. I left the shop, sure of my conviction. I was dragged up in the industrial heartland of South Yorkshire after all.  A Daytona – he very thought! 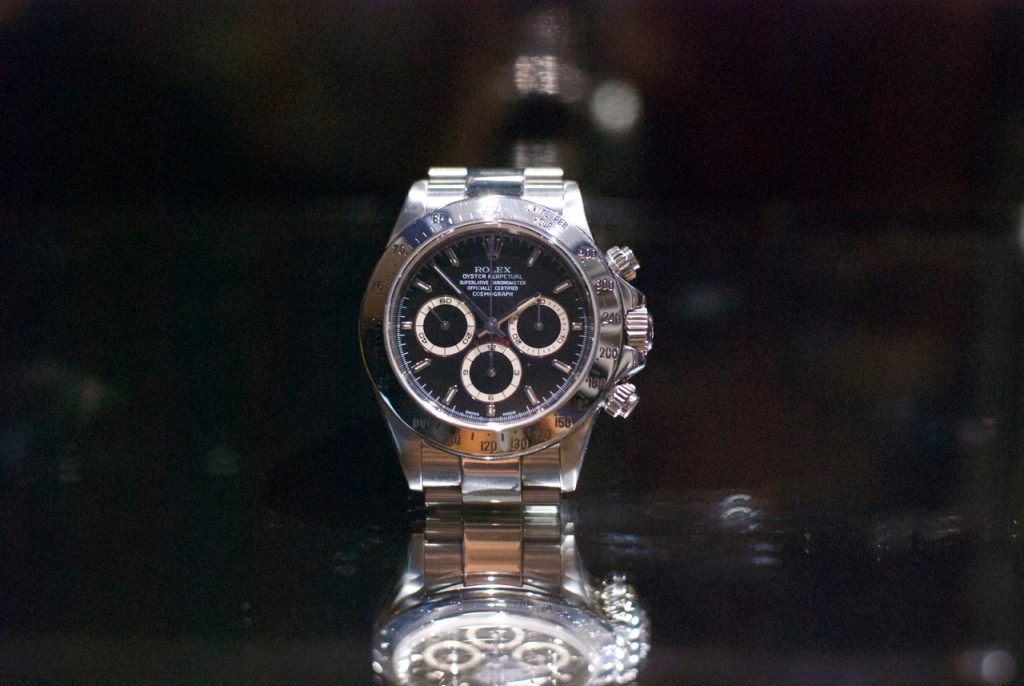 The watch family is a tolerant and understanding bunch on the whole.  Forum after forum of people displaying their proud purchases and the usual supportive responses that follow “Great piece mate”, “Wear it in good health fella” (surely that’s one we all aim for). But I am very interested how our own tastes can, over the years shift.  Does the watch family’s enthusiasm and passion rub off on us when presenting a watch where we have initially formed a more negative initial opinion?  Does social media have a way of accelerating our changing watch opinions? Does the repetitive reinforcement of aspirational brand positioning make us embrace the collective view on a particular piece or brand?  I don’t know if I am overly susceptible to this but I see it all too well in my own mind.  As an example here are two watches Ill never be able to justify (reserving the right to change my mind obviously) :

On seeing the Royal Oak … 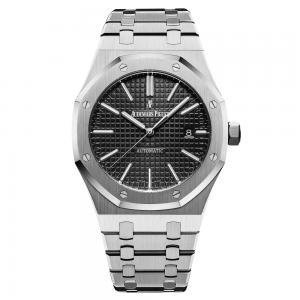 Now:  Ooo lovely tapisserie and what a great colour choice!

On seeing the Nautilus … 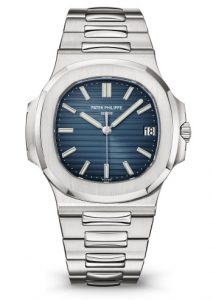 It was a Saturday morning. I was in a café with my long suffering wife, trying to explain to this intellectual heavyweight, over a cup of tea and obligatory cake (the cake being important to put my wife in the best possible mood), why investing savings in a watch could be positive in both the long and short terms. Isn’t that the best of both worlds? It must have been good cake as in principle it seemed logical.

Daytona’s were still not on the radar.  I did move quickly and bought GMT Master with a Coke bezel and the next day pulled the plug on the purchase after questioning the transaction in my mind (OK that’s still a bit of a regret if I’m honest from an emotional if not financial perspective).  I had been talking to a local jeweller at the same time about panda dials and had bought a modest watch thinking I could easily make money on it (now there is a different story, I now have complete respect for any watch retailer!).  Anyway he had brought out a Daytona from his safe as part of that dial conversation, which incidentally was proper ugly,  but in the polite conversation that followed, had told me about the rising market around pre-2000 Zenith movement editions.

So I broke a few major rules here. I bought for investment, not passion.  I bought a watch I’d rarely wear and I learnt the hard way that box and papers didn’t mean full set (we live and learn).

I remember wearing the watch for the first time. It had balance and poise. It felt almost delicate with its screw down crowns and rattly vintage–esque bracelet.  Instead of the angular muscle of the maxi case, it had curves akin to a DB7 or XK something or other (I’m such a petrolhead!).  The latest iterations have short stubby applied markers whereas the more vintage you go, you see a more elongated, a more refined shape to the indices.  Are these more feminine attributes?  If so I embrace such attributes and furthermore its something I am looking for in my next watch – think some of the curvaceous case shapes around Laurent Ferrier (I wish!) or Grand Seiko’s Elegance collection.  To be completely transparent, the legibility of the Daytona is terrible but it is not as if the watch is there to tell the time or anything is it?  It’s beautifully illegible.

My new found admiration for the Daytona isn’t universal.  There are many different versions with almost as many reasons to avoid them but having now owned a version, I do appreciate the DNA of the watch and the potential of what it could be (and sometimes is).  There is a current full white gold version with a steel dial and black sub-dials.  I remember when I first saw it on display – I made a little involuntary noise of delight and then looked around sheepishly to see if anyone had heard. That said,  not a practical option and way too expensive – but a boy can dream right (even one from South Yorks)?  I did try it on of course.

So to summarise – perhaps I have to concede there are elements of the watch that appear a little softer on the Daytona despite the branding references leaning heavily on the testosterone infused motorsport affiliations.  Perhaps there is a difference between projecting feminine character (as is often done with cars) and making the leap that those softer attributes imply a feminine customer.  We may have to agree on the unisex position after all is said and done. As for my own journey, I appreciate my personal opinion of this particular watch has moved significantly but then isn’t it a watch enthusiasts prerogative to change their minds about something 😉 ?

Follow Jon on the gram at @Jonwatchsmith and if you would like to talk about your own watch journey then click here and get in touch! 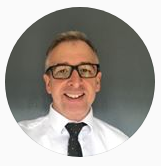 Lover of Helios watches and all things dive related, visit Jon on Instagram