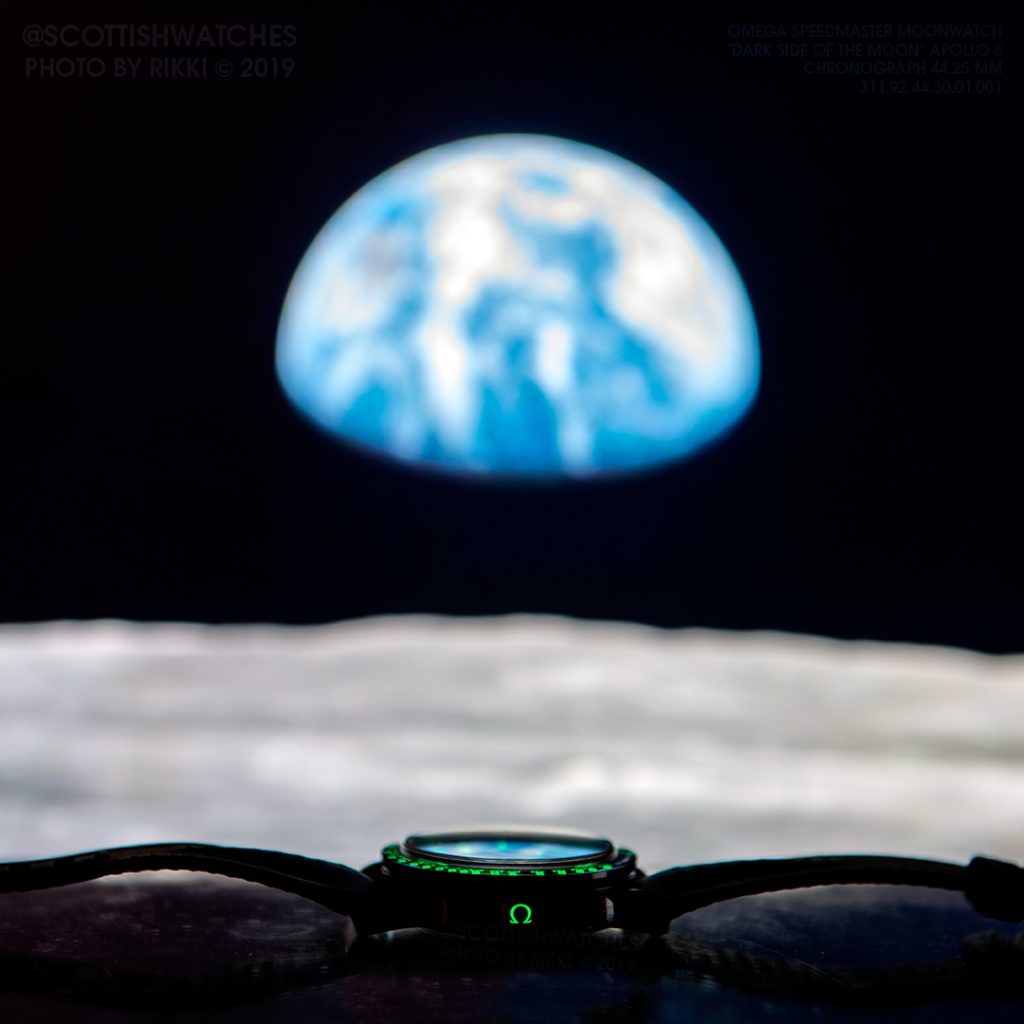 Every month there is a great photography contest run on the Horology Talk Facebook group by Bobby Kumar. With over 20,000 members there are a ton of amazing photographs uploaded every day let alone every month and for January I decided to enter a quick photo I took of my new Speedmaster.

You know how it is, you get a new car or in our case – watch, and you get snap happy. Well this being my first Speedmaster and having probably the most moon related styling of any that have come before I had a daft idea. Lets place it on the moon looking back to Earth! 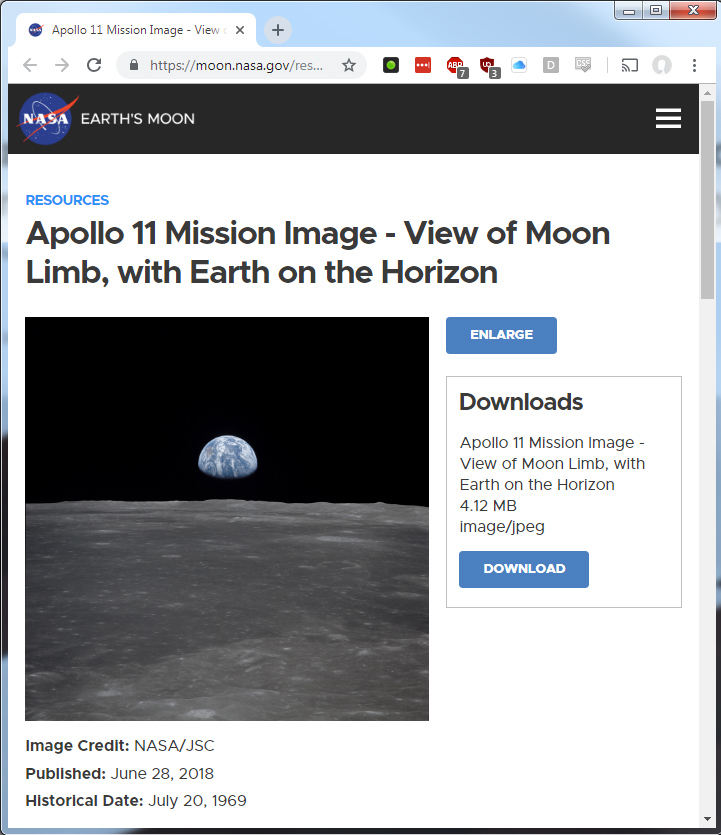 The first thing I needed to find was a decently high resolution photo of the Earth taken from the moon. That sounded a lot easier than it turned out to be as a ton of the results on Google images were either low resolution, screen shots from games or rendered images. Thankfully after a bit of hunting around I got a great shot from the NASA archives so that was the first part of the puzzle complete.

Next up was the tricky part. How do I get the watch to look as if its sitting on the dark part of the moon without having to cheat and use Photoshop to blend and composite different shots and background layers together. A mirror was going to be needed but that would just reflect the light straight from the computer monitor and the moon surface isn’t exactly smooth and shiny. 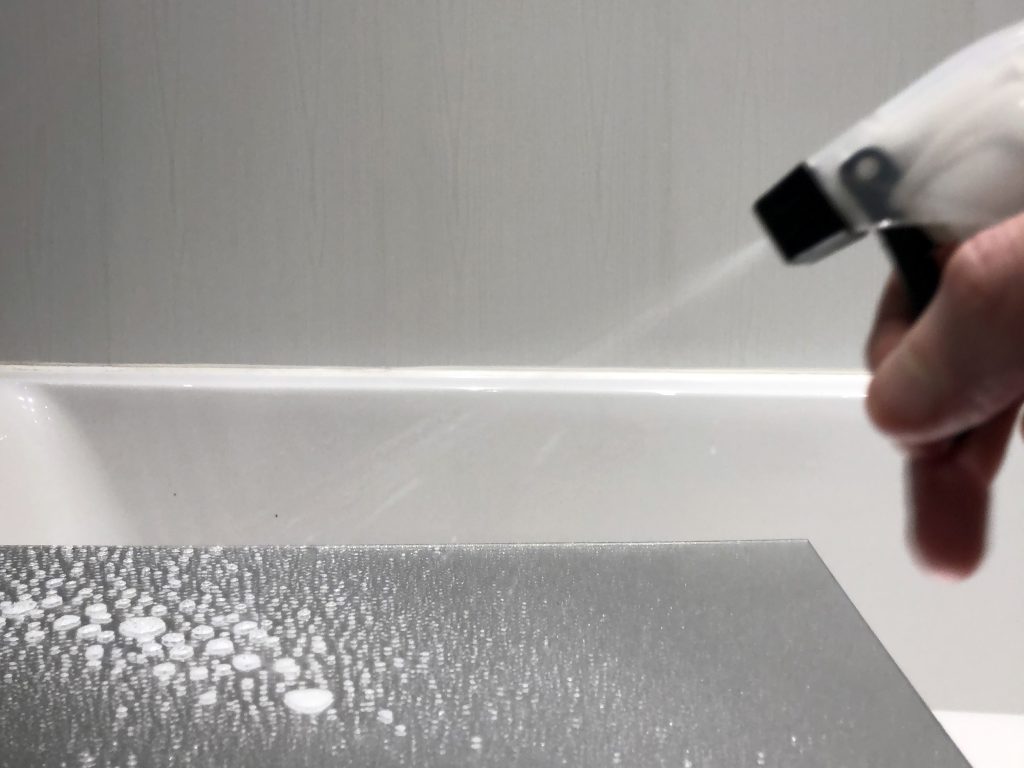 The answer was as low tech as possible, but like all great sci fi movies from the 80’s it worked a treat. Take a mirror and spray washing up soap all over it then let it dry. 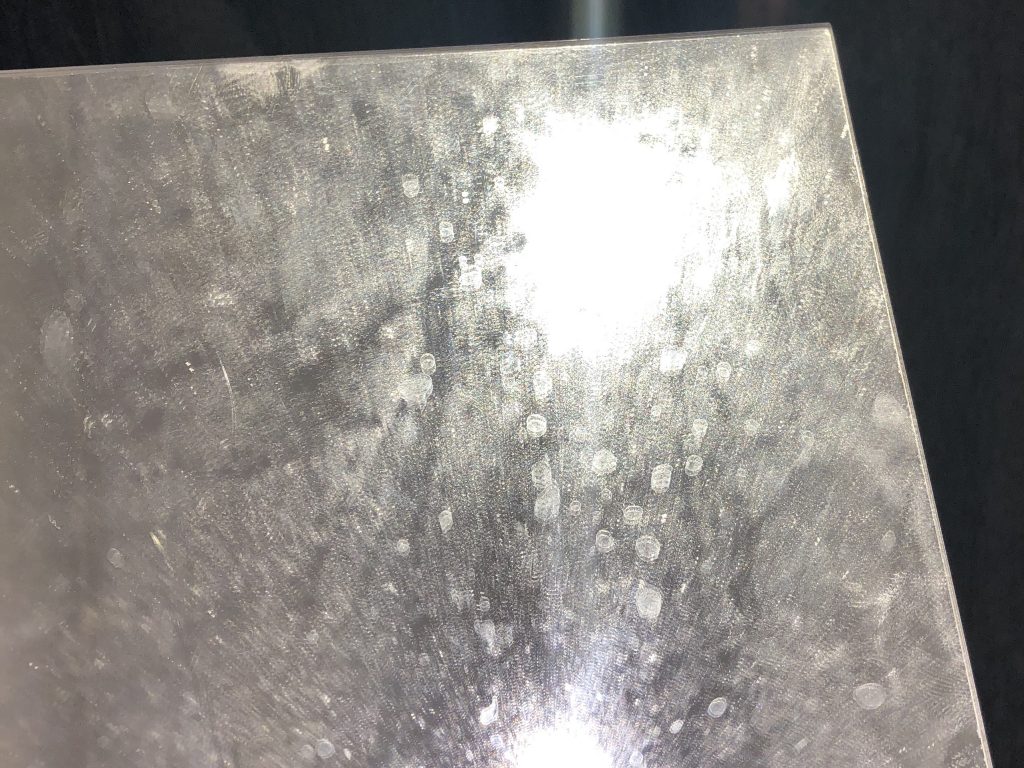 That resulted in a dirty looking mess with grey and white residue splattered across the surface giving a good approximation of the lunar surface.

Next it was time to prop the mirror up at an angle in front of the computer monitor, carefully place the watch there (without it sliding off, which it did most of the time). Turn the lights in the room off then charge up the watch bezel and crown lume. It was actually a comment on the Facebook post suggesting the photo was Photoshopped due to watches not having lumed crowns that made me pull this quick behind the scenes write up together. 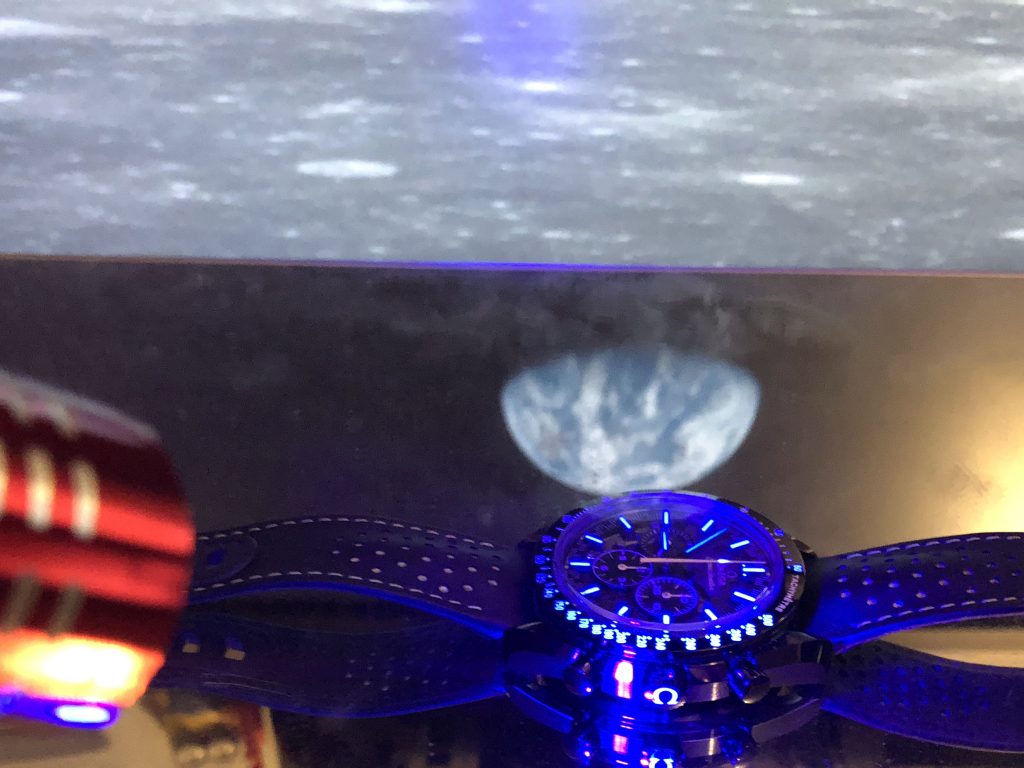 Once all that was done it was time to switch out the iPhone camera for my proper DSLR, select a very shallow depth of field so the moon reflection and Earth would start to blur in the background leaving the watch in focus, just like a proper photo across a long distance with things close being in focus and getting more out of focus the further from the lens they got. 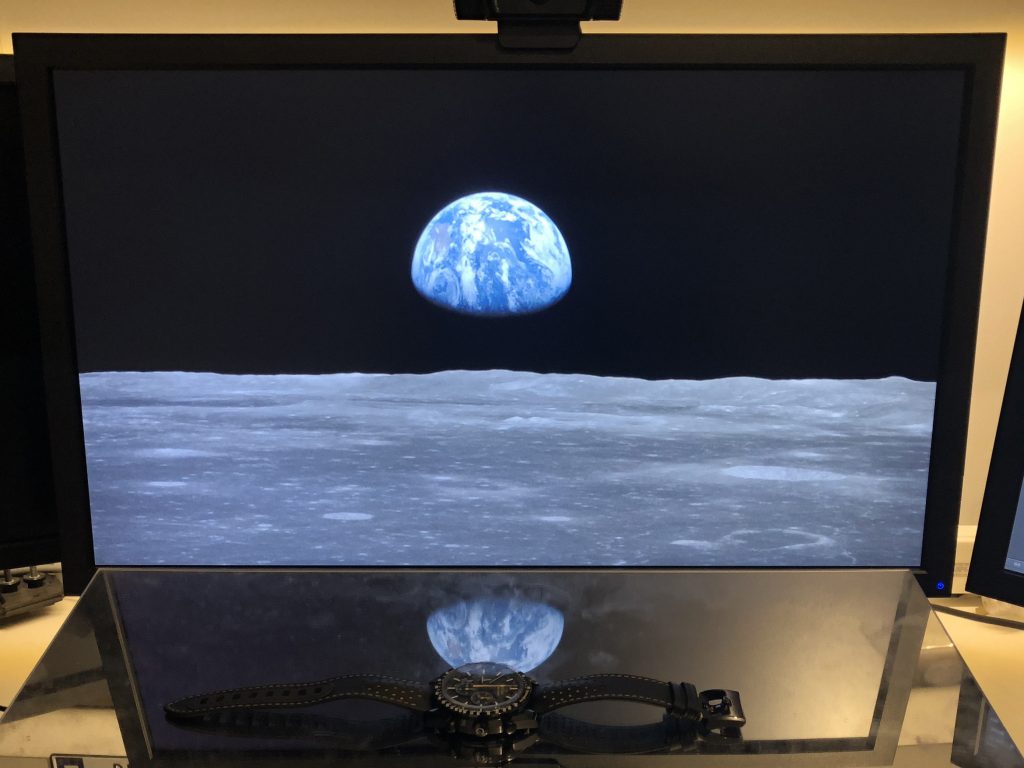 A couple of test shots later and I’d got the photo I wanted with the Earth softly reflecting in the domed sapphire crystal and without needing to use any digital trickery. Thanks to Bobby and the members on the group for taking part in the contest and also for voting for my photo. It’s a great group of people and if you’re not already a member you should definitely go check it out. 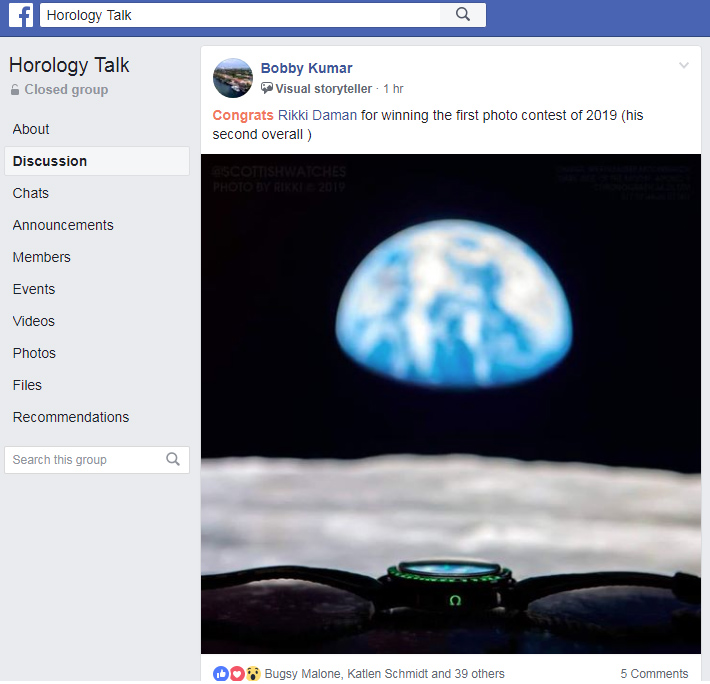