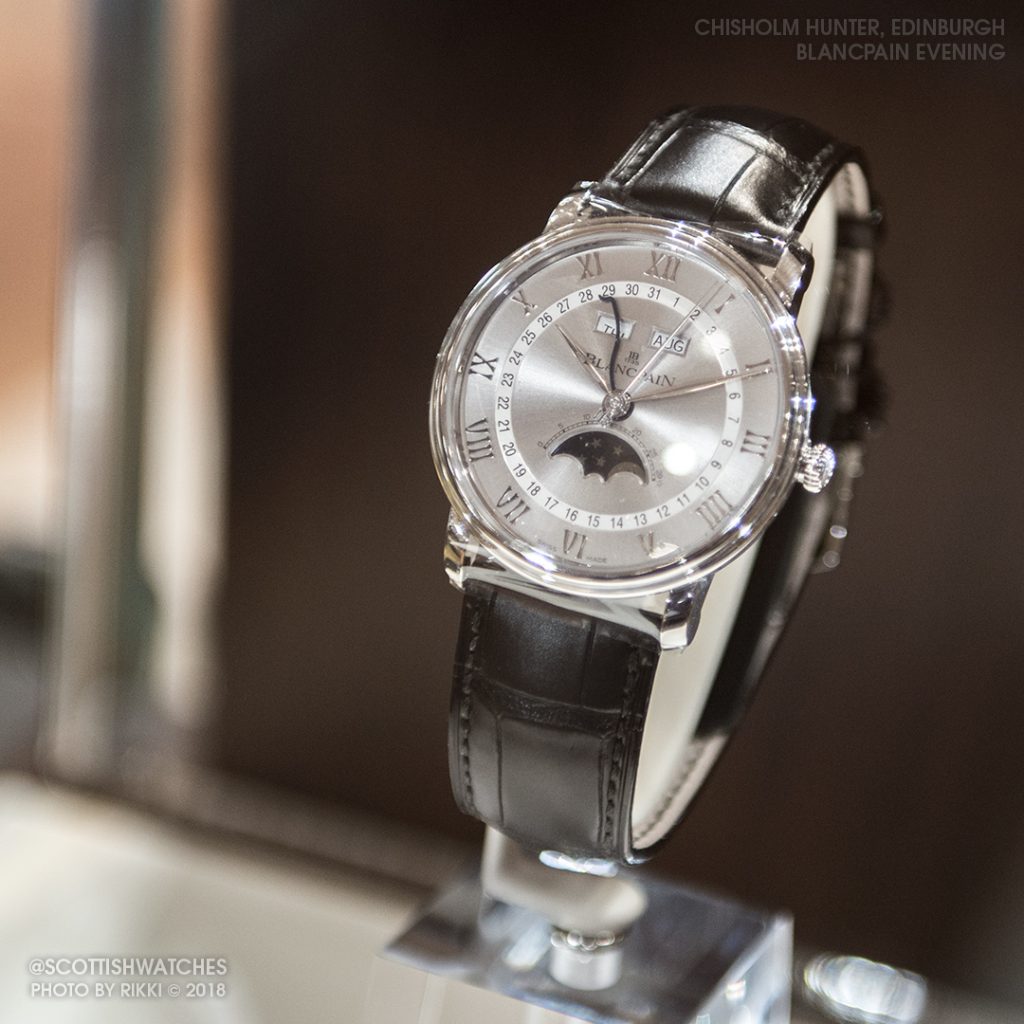 There are few places better looking than Edinburgh at Christmas.

If it is not teaming down with rain and the sky is clear and it is proper chilly, so that every breath out is like opening a hot oven and every breath in gives you brain freeze then with the Christmas Lights strung across the streets it is, to be fair, not a bad place to be….and that from a Glaswegian is high praise indeed.

Although to be fair they could still do with building a motorway right through the place…it worked ok for Glasgow, it is truly a nightmare city centre to get into by car.

So having taken two and a half hours to travel 40 miles from Glasgow to Edinburgh including finding a parking space at least in a similar postcode to Chisholm Hunters flagship store I finally arrived.

It is a spectacularly decorated shop at Christmas, right on Princess Street with a view of the Castle and Park, a top notch location and truly feels luxurious in the way that a dedicated brand boutique feels, almost other worldly.

Tonight was all about Blancpain and this night had been in the diary for months. 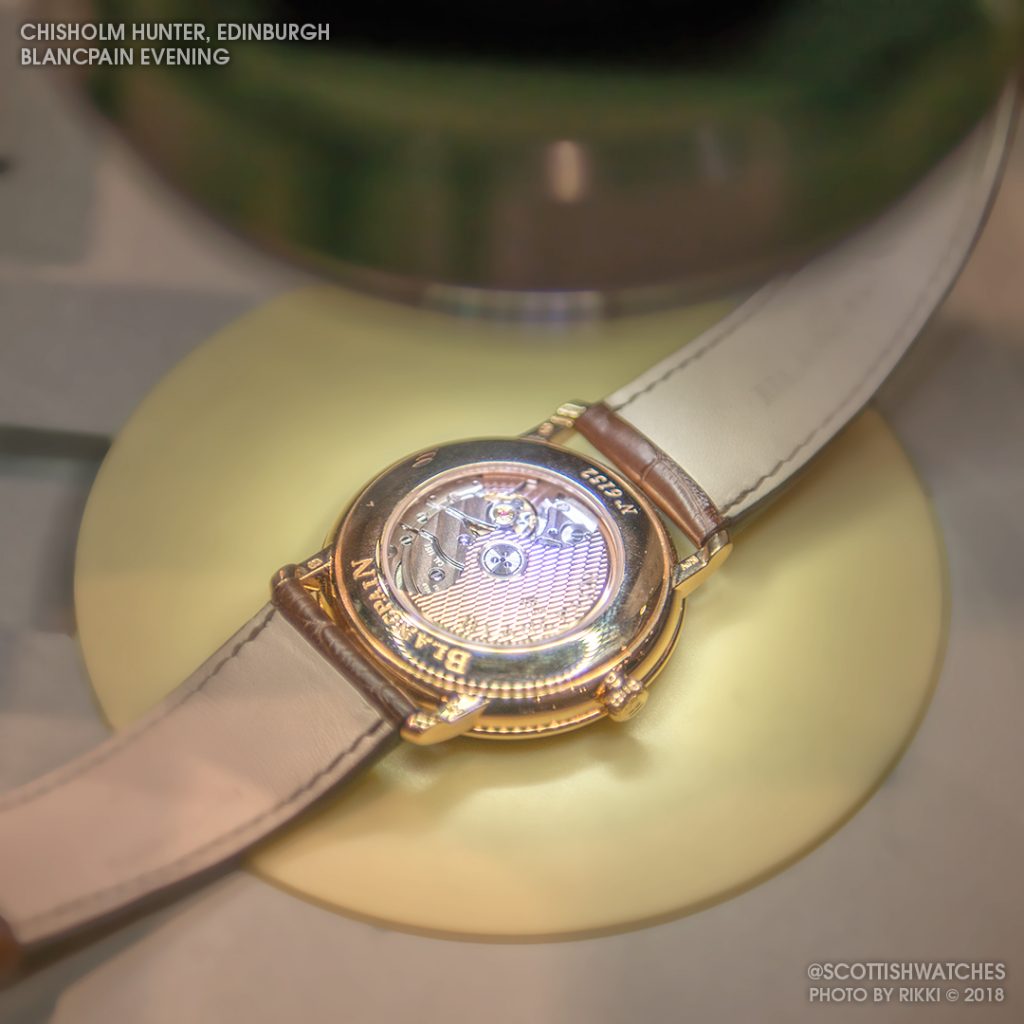 While a hot cup of hot chocolate would probably have been a better bet in the weather an orange juice was duly tendered and quaffed on the way up the staircase to the dedicated meeting space on the 1st floor. 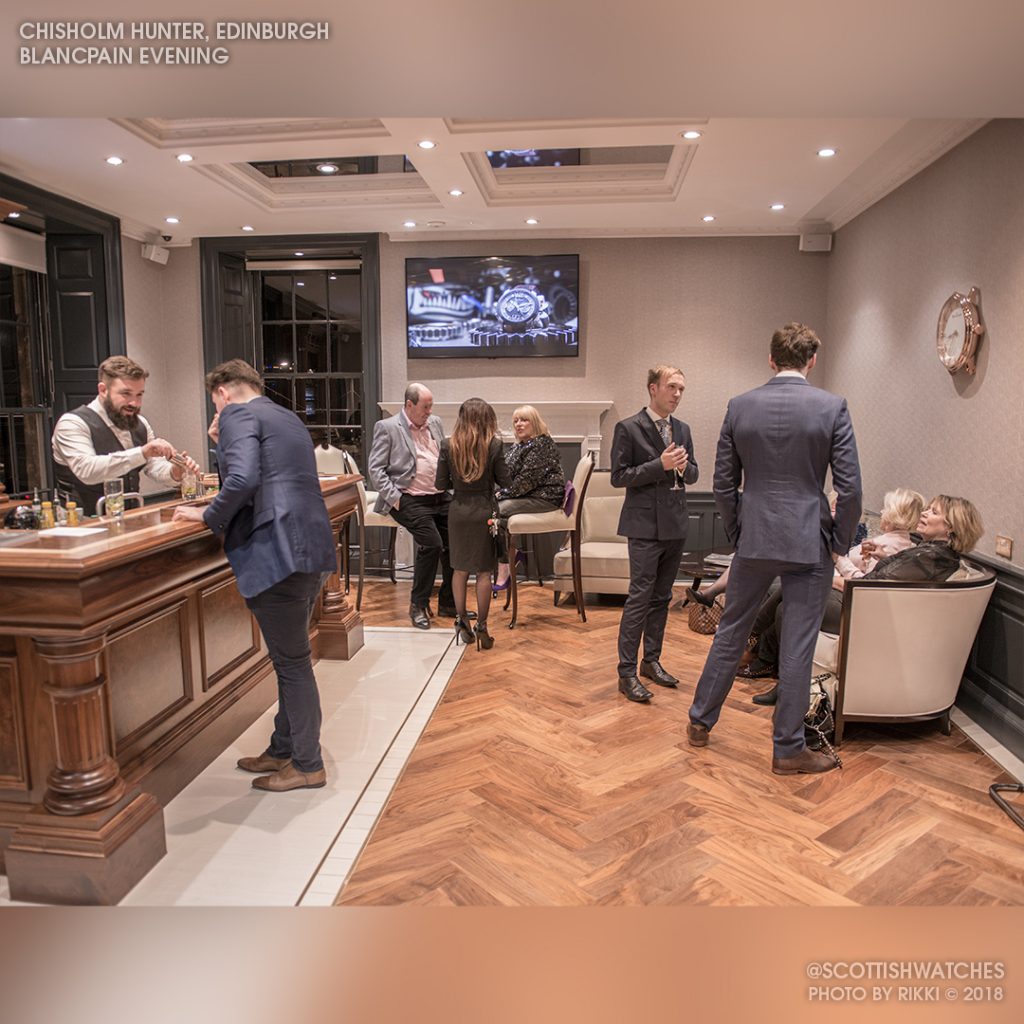 Bingo, there she was tucked away in a corner calling out to me over the watch background noise that continually whispers Submariner…buy a Submariner..Sea master…buy a Seamaster….Rolex, Omega, Rolex, Omega like the call of Sauron.

Is she the original?

Is she the best?

Didn’t care, I was going to meet her at last the 50 Fathoms was here, my shiny!

What can you say about this watch, it is simply drop dead gorgeous.

They had a number of examples on show, I tried them all, but two stood right out. 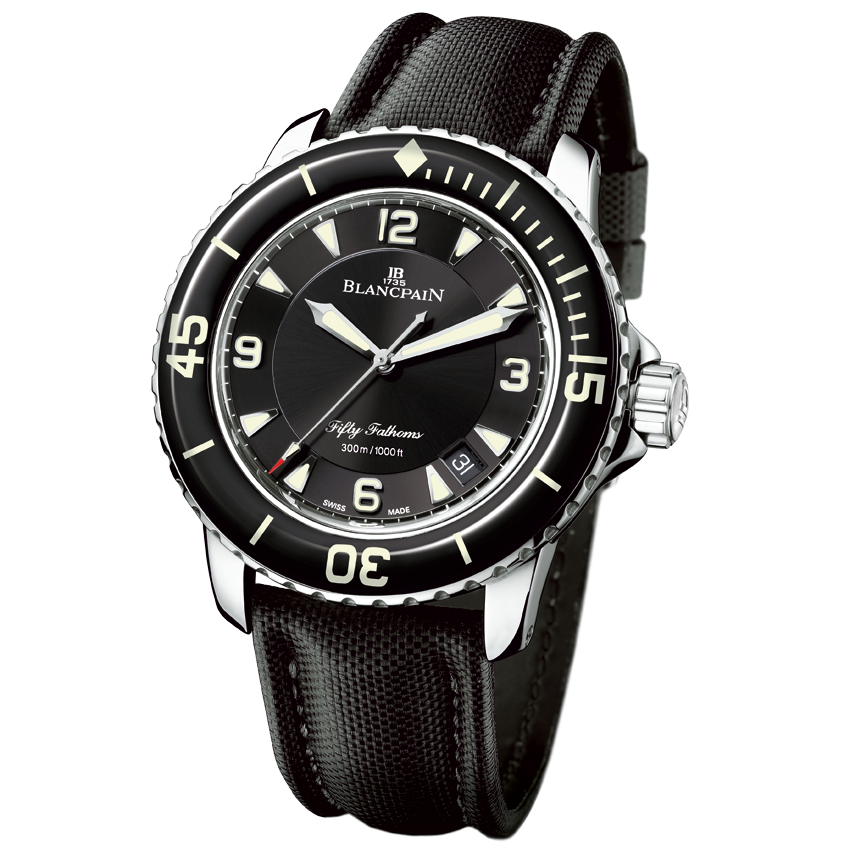 The bezel is the show stopper a crystal bezel just seems so obvious when you think about, but most surprising on this was that I really liked the presentation of the date. A negative date with a font that while I don’t think is identical to the watch face font is close enough to not make it clash.

The second watch that really caught my attention, rather unexpectedly, was the Bathyscaphe Quantieme Annuel 5071-1110-B52A

Now do you need an annual calendar on a dive watch, of course you don’t, but I also spend far more time wondering what the date is than diving to 300m, which I have done exactly zero times

I have on my grail list the Patek Phillippe 5235G which is a regulator with an annual calendar. I have seen one once in the wild in Weirs in Dublin. To be fair I should just have sold a spare kidney there and then to get it as I have never seen another and no dealer I have spoken to in the UK has even been close to one in 2018.

I think my obsessing with the 5235 was a big influence on my now obsessing with the Bathyscaphe. You would think that three separated windows for the date, day and month would make a watch look too busy but the Blancpain does it just as well as Patek. The windows work, they are clean lined and well positioned and the a-symmetry they create is just fine by me

So of the two which would I have first, it would be a really tough call to make if I had either the Ten or Twenty grand burning a hole in my pocket

The Bathyscaphe is twice the price of the Traditional Fifty, is it twice the watch?

Would I enjoy it twice as much?

If was wearing the Bathyscaphe and met someone with the Fifty would I lust after their watch in preference to mine.

Yup I would. For me then it is the original and best then The Crystal bezeled Fiftyfathoms. 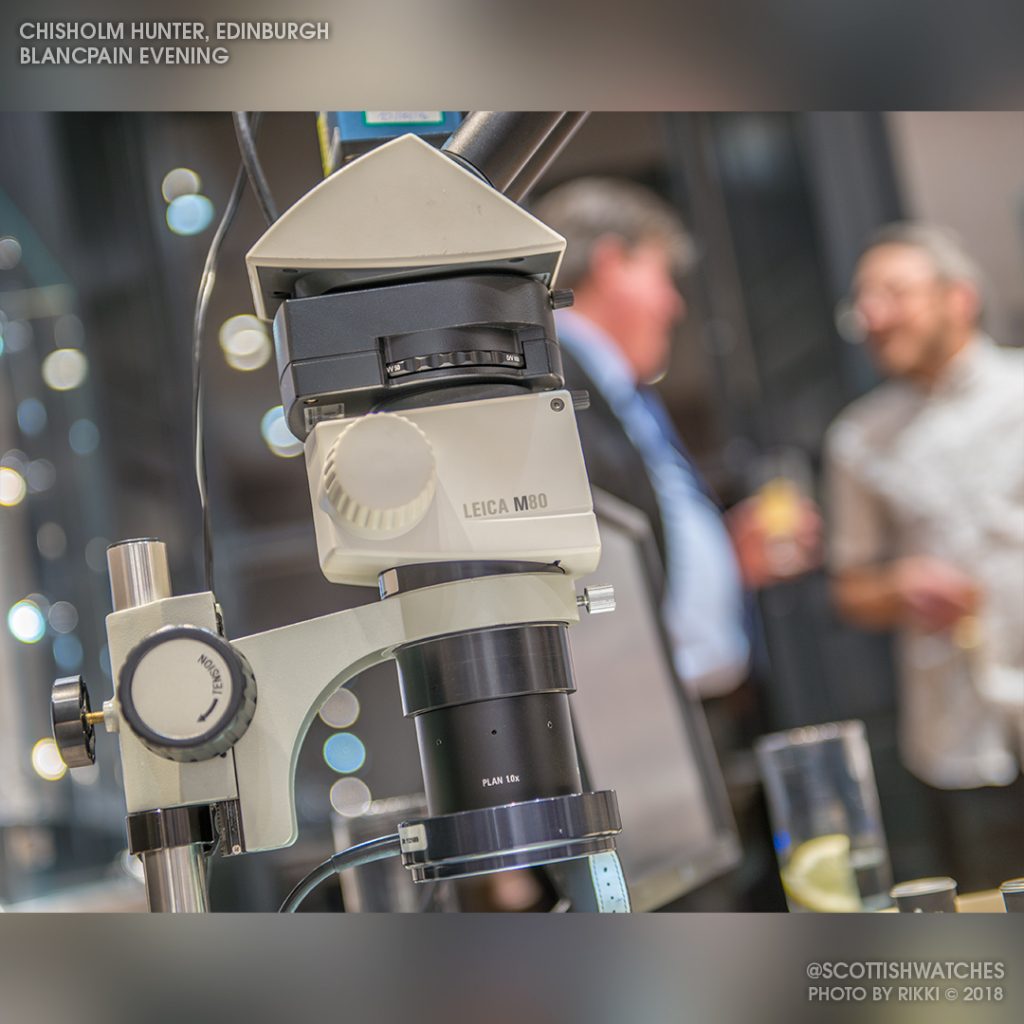 So thanks very much to Chisholm hunter for great evening and Blancpain for bringing some magnificent watches, will I be buying a Blancpain anytime soon, probably not but I wont be buying a Sub or a Seamaster either, but when the time comes to own a classic diver, it wont be the Rolex boutique that I will be paying a deposit to and waiting goodness knows how long for a delivery – it will be probably any Blancpain AD where I could walk in a just pick one straight up. Of course I will check with Chisholm Hunter first.