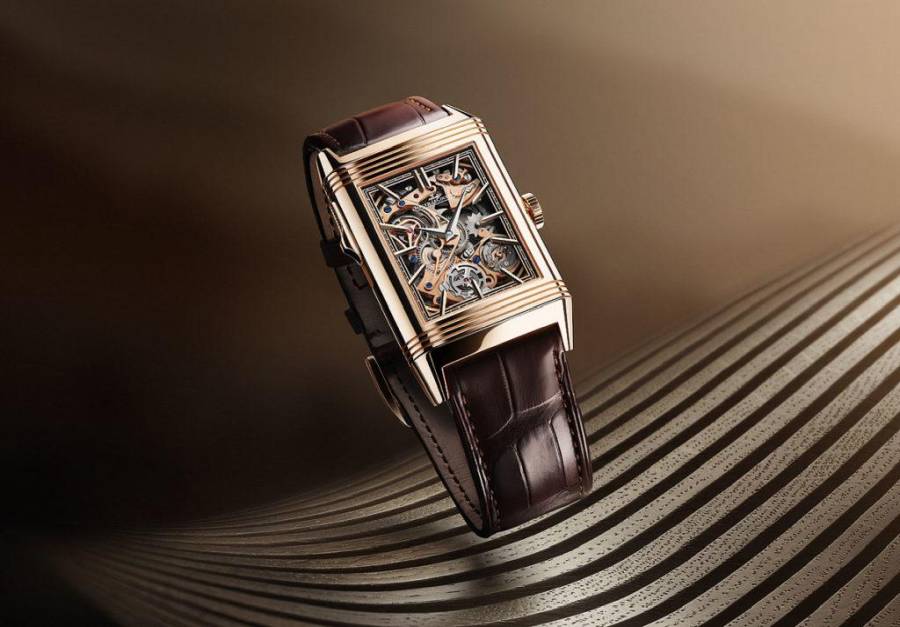 This week, Chronext pads its board with even more talent, Gronfeld’s overwhelmed by waitlists, IWC Pilot Chronographs blast off to space, Oris launches its next environmental initiative, and a new watch, JLC continues the Reverso Anniversary celebrations and Grand Seiko decides to include Europe in the fun. These are the top 7 things in the world of watches; let’s get into it. 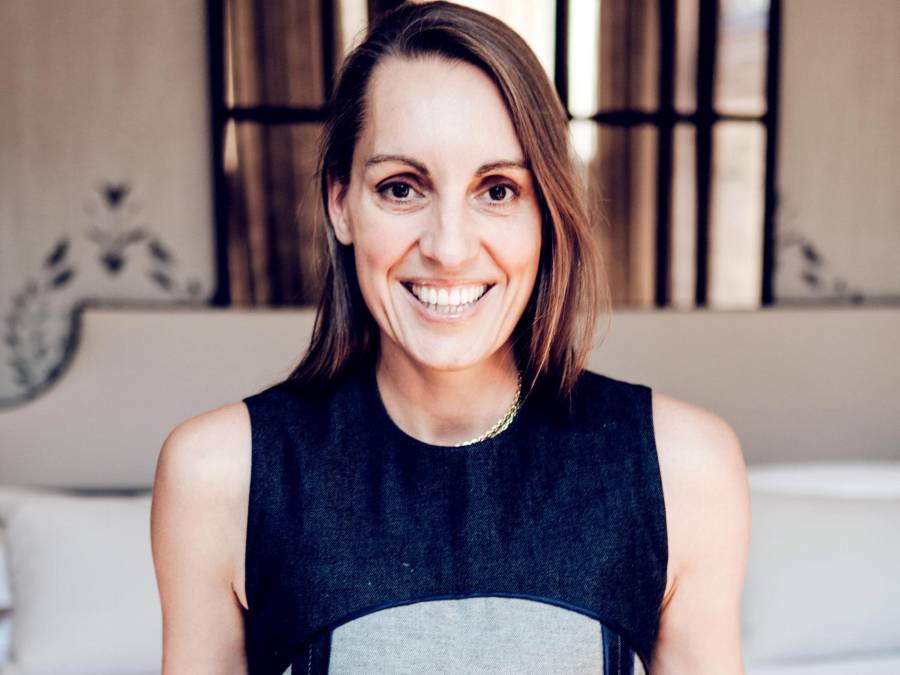 This week, Chronext adds further talent its already talent packed board with Tamara Logan as its latest director. With its IPO targeted for the end of the year, Chronext has been adding top executives from the tech and luxury space to its board of directors over the past couple of months. With her credentials as the co-founder and CEO of Mr. & Mrs. Smith, one of the world’s top boutique hotel chains, Ms Logan brings invaluable experience to Chronext. In particular she brings her unique combination in both the luxury and technology space having developed Mr. & Mrs. Smith’s technology infrastructure for more than 15 years before moving on to running its overall operations. With yet another talent on its board, Chronext looks set to having a very successful listing come the end of the year. 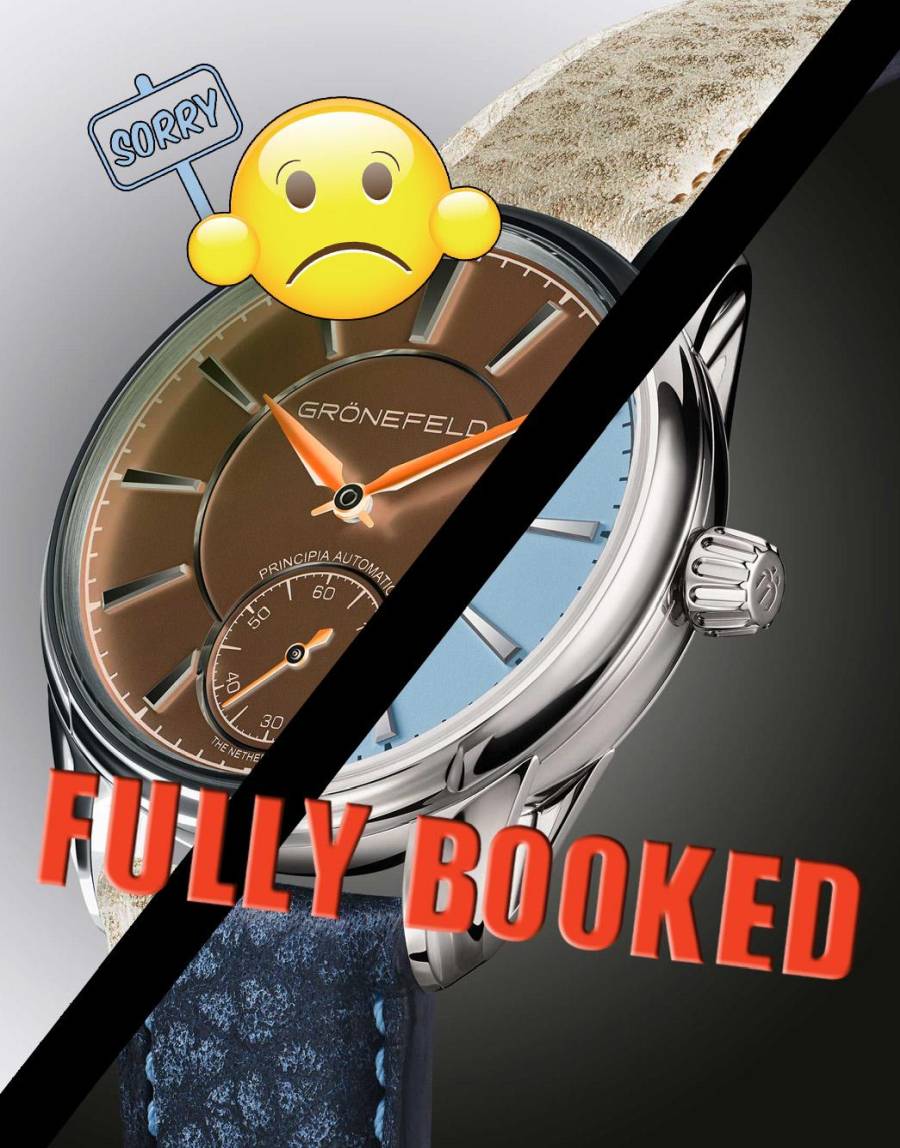 In the past few years, waitlists for even once easily obtainable watches, especially of the steel sports variety has become the norm and driven second hand prices soaring. One of the effects has been the increase in appreciation for independent watchmaking. One brand not looking to capitalise is Gronefeld, that has now stopped taking orders altogether because the demand for its pieces while appreciated has become “overwhelming”. The brand issued this statement just this week, explaining that while it has sought to increase its production, the watchmaking skills required are scarce. The brand also teased its development of a new watch as it stated that it would have to reserve some production capacity to fulfil orders for this “new, exciting timepiece” which it plans to unveil later in the year. The stopping of orders is a move that I respect as it shows the brand’s priority is the building of extremely beautiful haute horological timepieces instead of mere profiteering. In fact, in Gronefeld’s statement, it has asked interested clients to consider watches from other independent watchmakers. Full kudos to the brand for that. 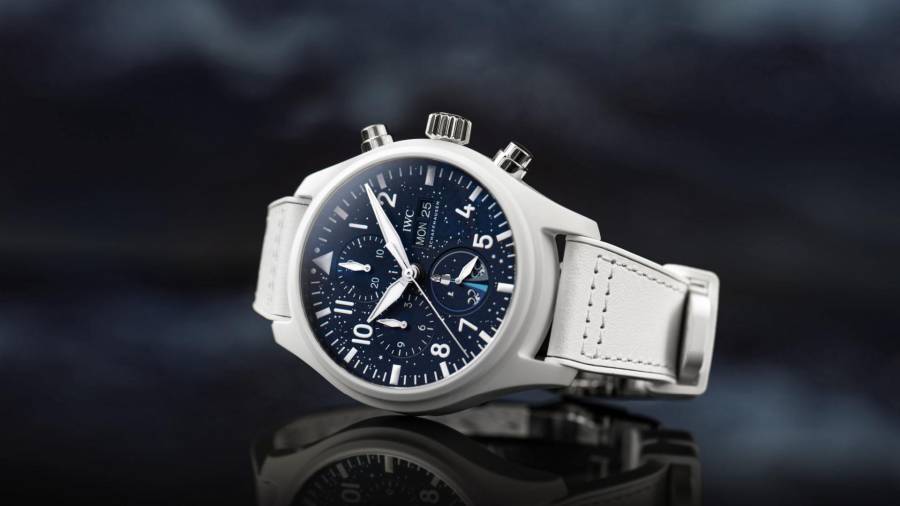 Space travel has always been the domain for governments and the military, until now. Inspiration4 is the world’s first civilian only human space mission that took SpaceX’s Falcon9 shuttle into space. Led by entrepreneur and pilot, Jared Isaacman, the space shuttle will orbit the earth once every 90 minutes without ever docking at a space station. The watch donning the wrists of Mr Isaacman and the other three passengers? A unique space-themed IWC Pilot Chronograph cased in white ceramic with a navy blue dial and powered by IWC’s 69380 caliber. Following the mission, the watches will be auctioned off to support St. Jude Children’s Research Hospital. It’ll be interesting to see what kind of footprint this watch will leave in the years to come, given the lasting impact the Omega Speedmaster has had over the years. 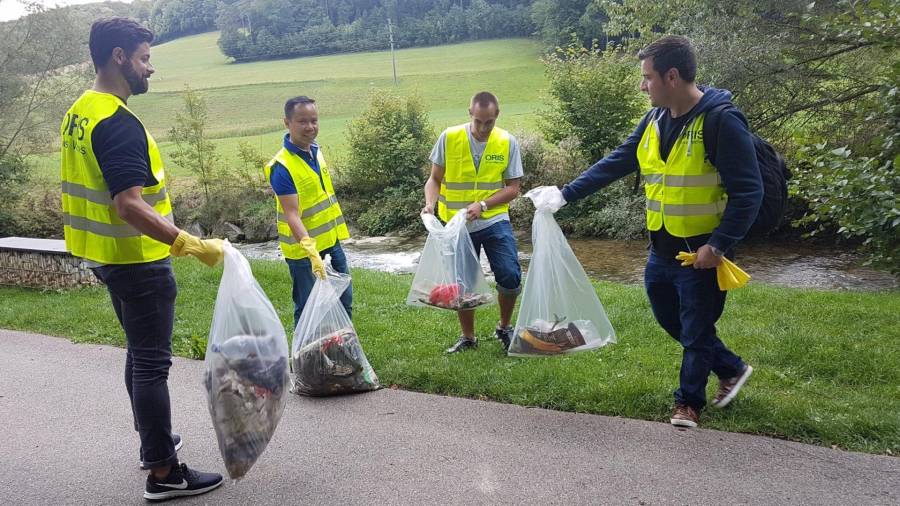 Last week, Oris was certified a climate neutral company by ClimatePartner, but the brand is not showing any signs of slowing down. This week, it organised its World Clean Up Day, an annual event that involves staff, volunteers and friends of the brand cleaning up litter from various various natural water spots among others. This year, it invited Londoners to join in for an hour of litter picking around the city. The event was organised primarily to increase awareness of taking care of the environment and climate. Participants were also provided with breakfast refreshments at the brand’s boutique where it sought to inspire them with its Change for the Better programme. The brand’s continual efforts to clean up the world and inspire others as well is very admirable and certainly deserves all the kudos it can get. 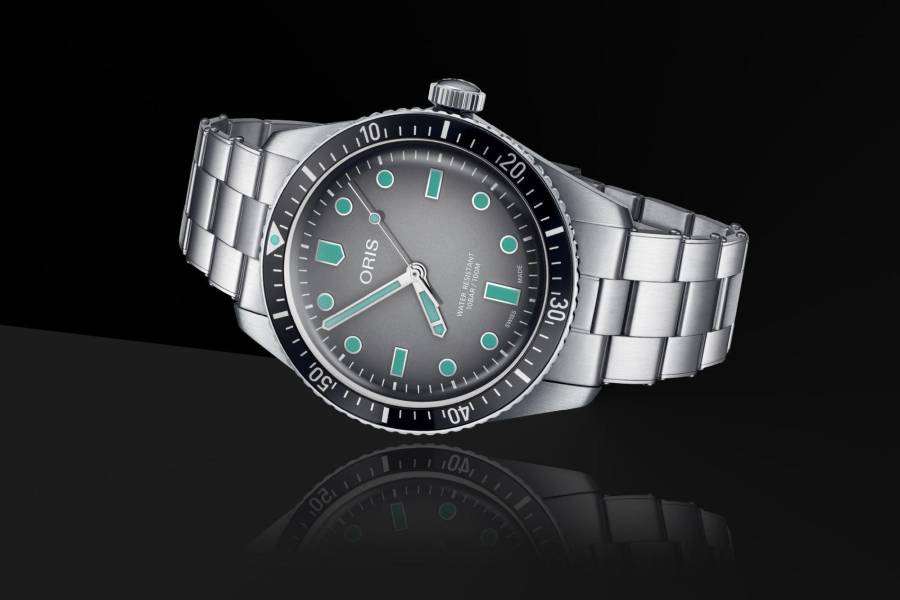 While Oris has been making headlines with its environmental initiatives, it still makes really good watches, and this week, it has also reminded us of that with its latest Diver Sixty-Five iteration. While it comes in its standard versatile 40mm case size, this iteration is different because it eschews the fauxtina aesthetics that the original black bezel black dial version carried. Instead, it an interesting smoked grey to complement its clean black bezel. The twist comes in its lume plots and hands, where the brand opted for a turquoise coloured Superluminova that makes the whole watch pop. The watch is powered by the base SW 200 movement that Oris has modified to its specifications, which keeps the price of the watch down. As with most of its regular production pieces, the watch comes on your choice of a steel bracelet or a leather strap. The former costs EUR 2,000 while the latter is priced at EUR 1,800. Overall, this is an understated release that has just enough intrigue in its coloured lume to make it stand out from the rest of the options in the line-up. 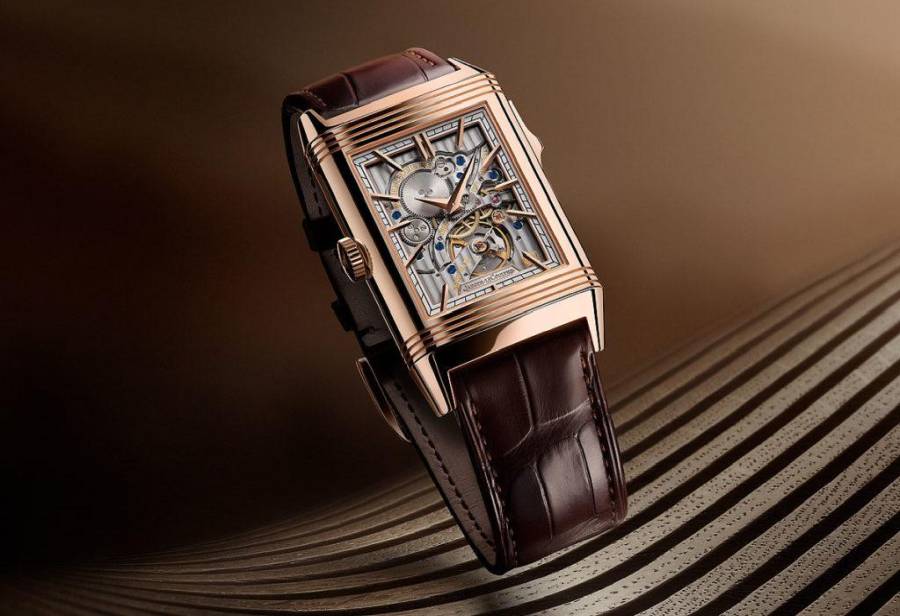 On the other end of the price spectrum, we have the JLC Reverso Minute Repeater Tribute, a US$250,000 piece that is limited to only 10 pieces. This year, the brand is celebrating the 90th Anniversary of the Reverso and it is currently presenting its rich history in sound making in watches in New York. As part of this exhibition, JLC has released the Reverso Minute Repeater Tribute, a tribute to the first JLC Reverso Minute Repeater released in 1994. While I will not pretend to understand enough of the intricacies of a minute repeater movement to appreciate the uniqueness of this piece, what is fascinating is the full view that this release offers of the gears and hammers that create the unique chimes of this complicated movement. The movement is in entirely visible from both the front and back, something that is not available even on minute repeaters that come with a display case back. This latest release is essentially JLC showing off its watchmaking credentials as the watchmaker’s watchmaker and it does so beautifully in this rose gold release. What I would give to get hands on with an amazing piece like this. 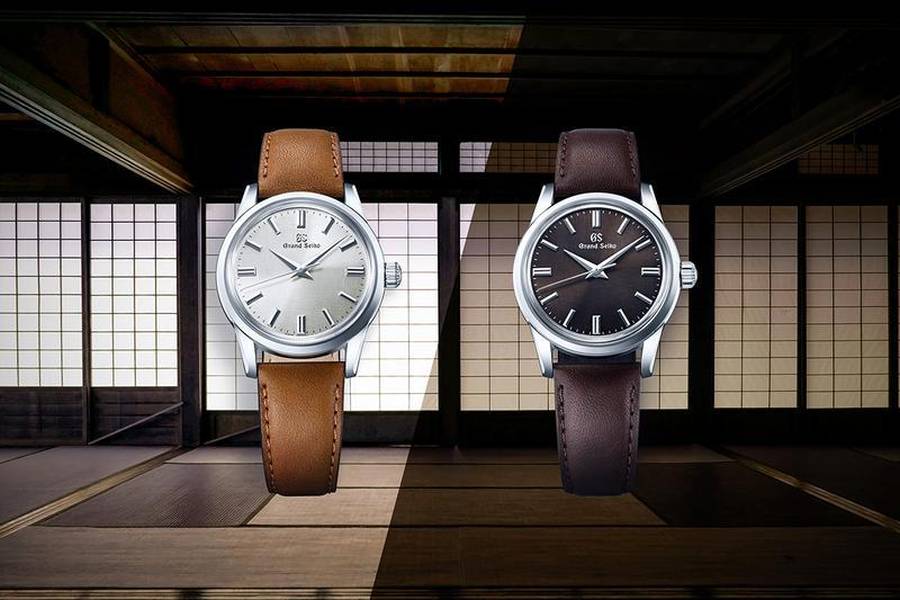 A couple of weeks ago, Grand Seiko released a trio of green dial limited editions or solely for the USA market. That was no surprise because it has been releasing USA exclusive pieces for 2-3 years now. However, this week, the brand decided that Europe should not be left out as well, and so it has extended its SBGW line up even more with 2 new European exclusive releases, the SBGW267 & SBGW269. The cases used are exactly the same 37.3 x 11.6mm case the original SBGW231, and is also powered by the same 9S64 manual wind movement that has 72 hours of power reserve and is regulated to -3s/+5s a day. What stands out though, as we have come to expect from the brand, are the dials. Both the dawn inspired silver (SBGW269) and dusk inspired dark brown (SBGW267)dials feature a sort of linen textured pattern that based on pictures look extremely classy. In fact, in my opinion, while USA may have gotten the greater number of exclusive models, the European pair trumps their cross Atlantic counterparts in beauty. Their prices are relatively attractive too, at EUR 4,800. Its a shame these are region exclusive pieces as I would love to be able to purchase the SBGW269. Here’s to hoping some of the grey market dealers bring them in at some point.