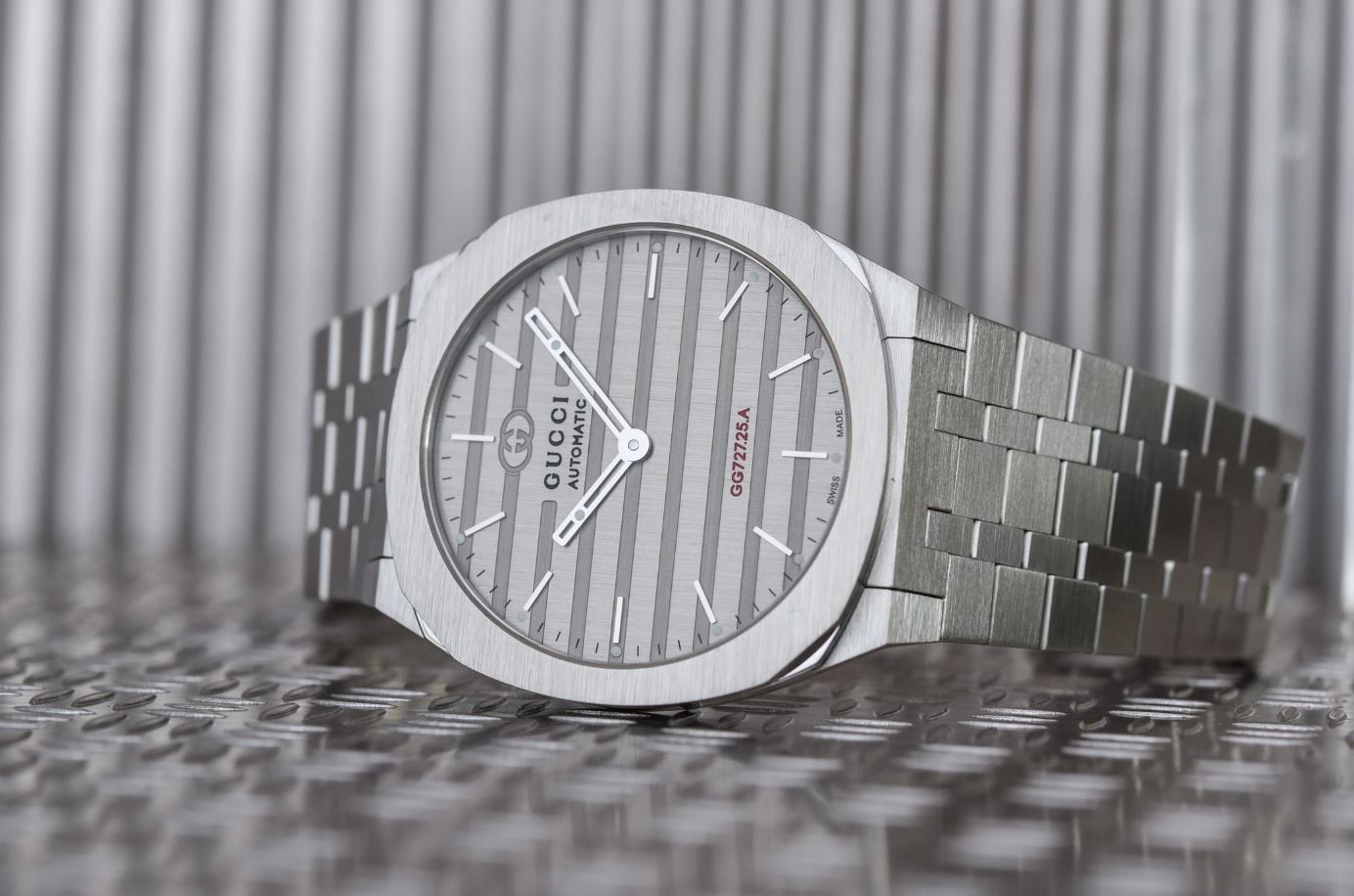 It has been a slower week in the world of watches though we still have had Hodinkee Magazine Volume 8, watch shows dates, a myriad of watch scams, Gucci’s proving its watch pedigree, Gerald Charles’ & Kostantin Chaykin and Seiko expanding signature lines. These are the top 7 things in the world of watches; let’s get into it. 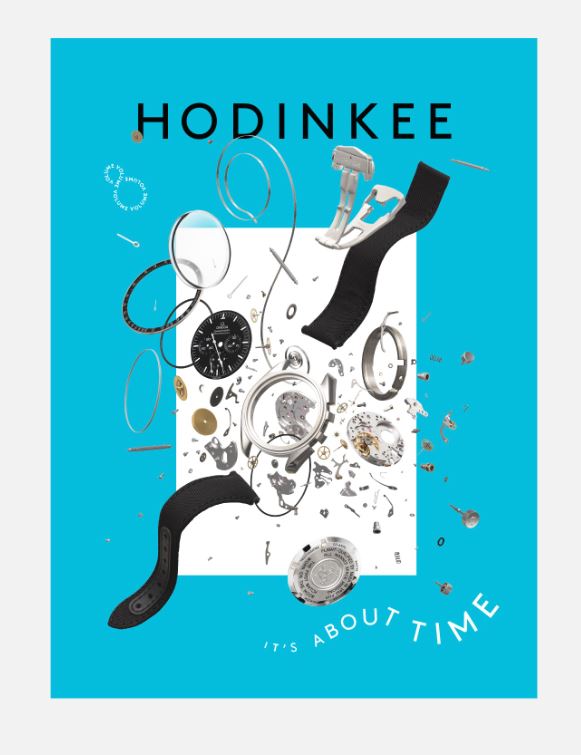 While Hodinkee is the top online media platform for all things watches, a few years ago, it started a print edition called the Hodinkee Magazine. This past week, it has released its 8th volume. I have not read it myself, since mine only just arrived over the weekend, but there are some really interesting stories that I cannot wait to get into, like James Stacey’s Explorer 2 16570 article, and Cole Pennington’s story of hidden space watches. One thing that was clear with Volume 8 was how different it was from the first 7 volumes. In fact, the editor of the magazine, Nick Marino, pretty much said so himself. Volume 8 visually stands apart from the rest because of its use of colour. The cover is a bright light blue that starkly contrasts against the clean muted light grey of the previous 7 volumes. Volume 8’s cover and paper is matte and slightly coarse where volumes 1 to 7 were glossy and smooth. Volume 8’s graphics and content fills up almost every inch of real estate where the first 7 volumes left plenty of clean white space. At this point, I cannot comment on the stories since I have not gotten through them as yet. But overall, in my opinion, where the first 7 volumes felt sleek, elegant and luxurious, Volume 8 feels a bit like a vintage comic graphic novel from decades past. Now, that is neither a good thing nor bad thing. I am sure there will be just as many people who like as people who do not. It certainly looks more fun. It is interesting that this watch media juggernaut has chosen this volume to make a change, (volume 10 or 11 would’ve felt more appropriate), and one cannot help but wonder if these changes have any relation to the changes in management and in the overall structure at Hodinkee. I guess we will never know. Still, there appears to be good content in this so I for one am looking forward to get into it. What about you? What do you think of these changes? 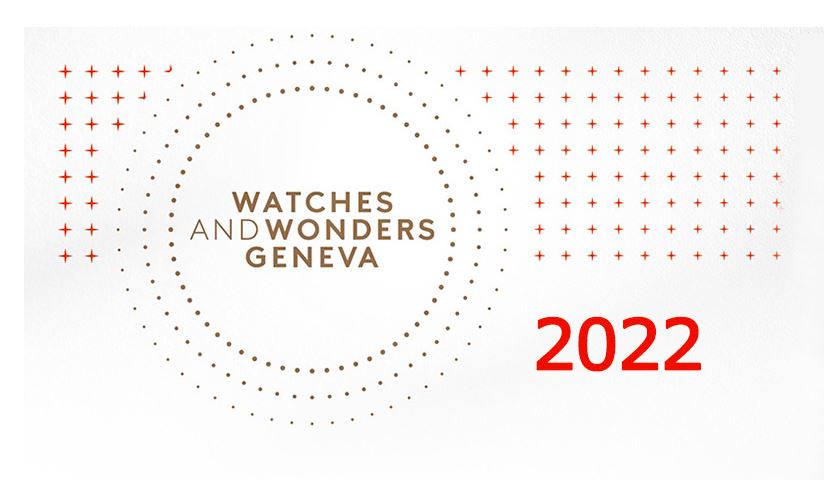 In another sign that the world is perhaps tiptoeing to some level of recovery, this week we had not one, but two watch shows set dates for physical events. The first i.e. Geneva Watch Days is organising its second watch show having first started last year, as an initiative for brands to meet trade and press. Its event will be from 30 August to 3 September 2021. The other show announced this week was Watch & Wonders for 2022. Watches & Wonders always seemed like the successor to Baselworld since the latter’s demise last year, at least in the form we knew it. However, the pandemic has scuppered plans for a physical show for two years now, though the show has pivoted well in this digital format. Still, nothing beats being able to see watch releases in person and so the show has just announced a physical event for 2022, from 30 March 2022 to 5 April 2022. While there are still many months between now and then, and things could still take a turn for the worse, it is nice to have an event like that to look forward to. I only hope it doesn’t make the show even more exclusive for the regular watch enthusiast as it seemed to do this year. 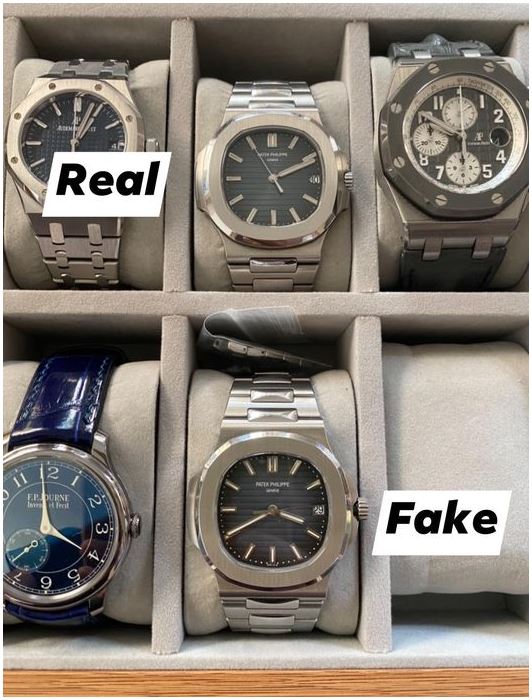 While we all generally derive a lot of joy from this hobby, especially because of the interactions with other enthuasiasts, every now and then we get a reminder that it isn’t all fun and games. First up, we have Time & Tide’s coverage of an attempted Nautilus theft/scam that one Gautaman Senivasan (@Calibre65.SG) from Singapore (talk about close to home), had the ill fortune of encountering. What was particularly alarming about this scam was the fact that it was a scam that came with a layer of authenticity. The scammer in this case had met up with the intended targeted at the latter’s house, and had actually completed payment for a relatively cheaper watch. All this was just to put the victim at ease though, which then afforded the scammer the opportunity to swap the Nautilus for a high-end replica. Fortunately, Gautaman was sharp enough to spot the difference upon picking up the fake, which prevented this story from ending in complete tragedy. Secondly, if @horologyhouseisascammer is to be believed, Chris Essery (more well known by his social media presence Horology House) may be back. While there is no way to confirm if that is true, it is a good reminder that we should be extremely careful especially when buying/selling watches to/from people who we do not know personally. 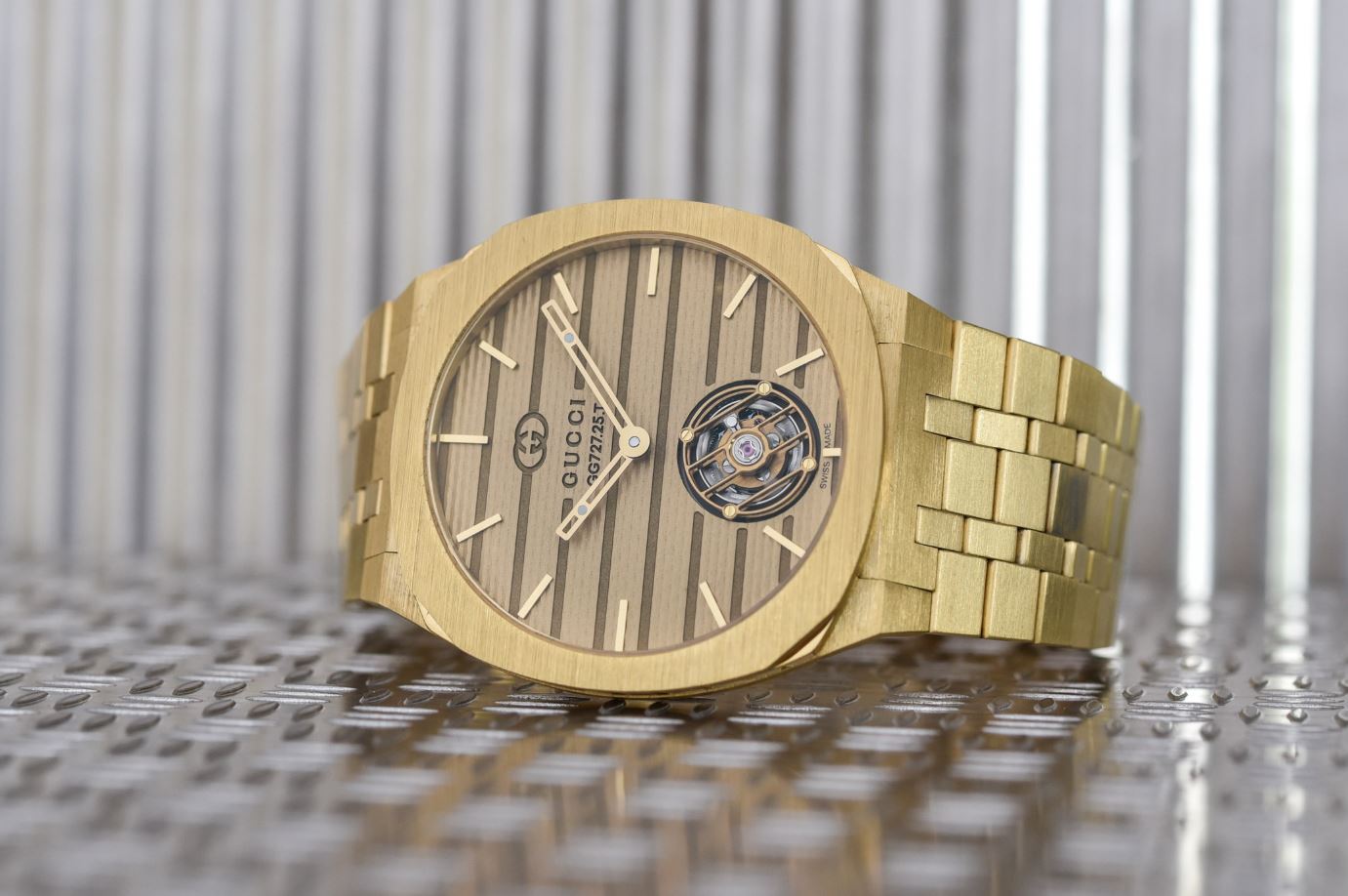 In lighter news, Gucci has released its latest collection, dubbed the 25H. Normally associated with fashion watches, Gucci this time round has swung for the fences, with an integrated sports watch that is powered by a movement with a micro-rotor and has the option for a torurbillon. The movements driving this new collection developed by it’s parent, Kering’s watch manufacture which also produces movements for Ulysse Nardin and Girard Perregaux. The aesthetic is pleasant if not revolutionary. The case is shaped in a sort of elongated cushion case that also has angular corners and come with integrated bracelets. They are nice enough watches, especially the yellow-gold variant that harks back to the glorious excess of the 70s and 80s. Overall, this collection is an interesting if not unsurprising move by Gucci and allows it to expand its brand’s reach into the luxury watch market especially with competing brands like Hermes and Louis Vuitton also have their own proper luxury watch collections. 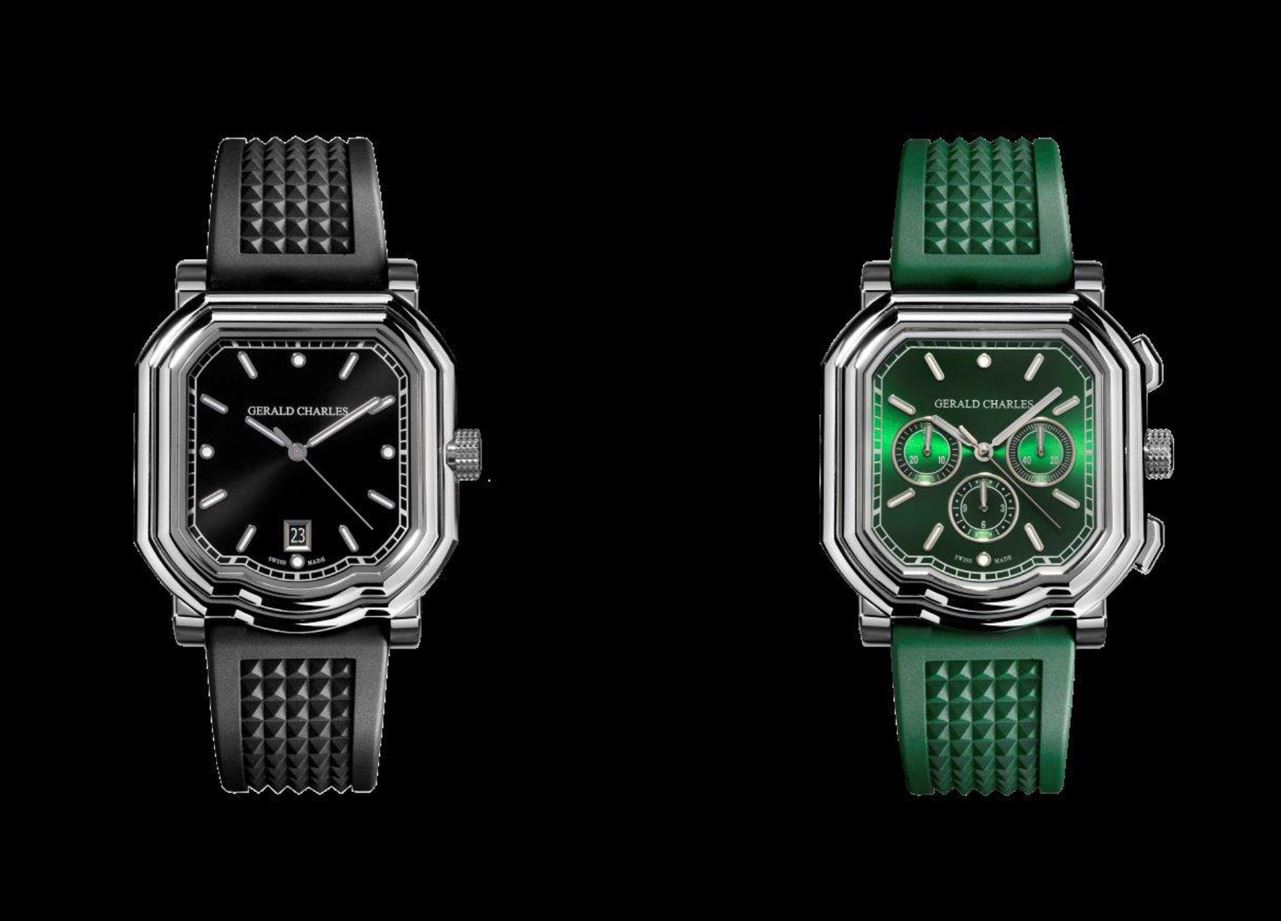 It is ironic and perhaps even a bit tragic that a designer as revered as the late Gerald Genta does not own the rights to his own namesake brand. Still, that did not stop him from continuing his work, and his current company, Gerald Charles has just released two new Maestro pieces following the reissue last year. The Maestro was first designed and released by Gerald Genta in 2006. One glance at these two new Maestros and you would be able to recognise the design aesthetic of the father of luxury steel sport watches. It bears some resemblance in particular to the original Royal Oak with something of an octagonal case that is elongated so it looks more like a rectangle with angled edges. For added flair, the case is stepped and there are sleek curves at the 6 o’clock position. The two watches are a time and date option with a black dial and a chronograph option with a emerald green dial. In my opinion, these are two brilliant looking watches for anyone who is a fan of the designer. 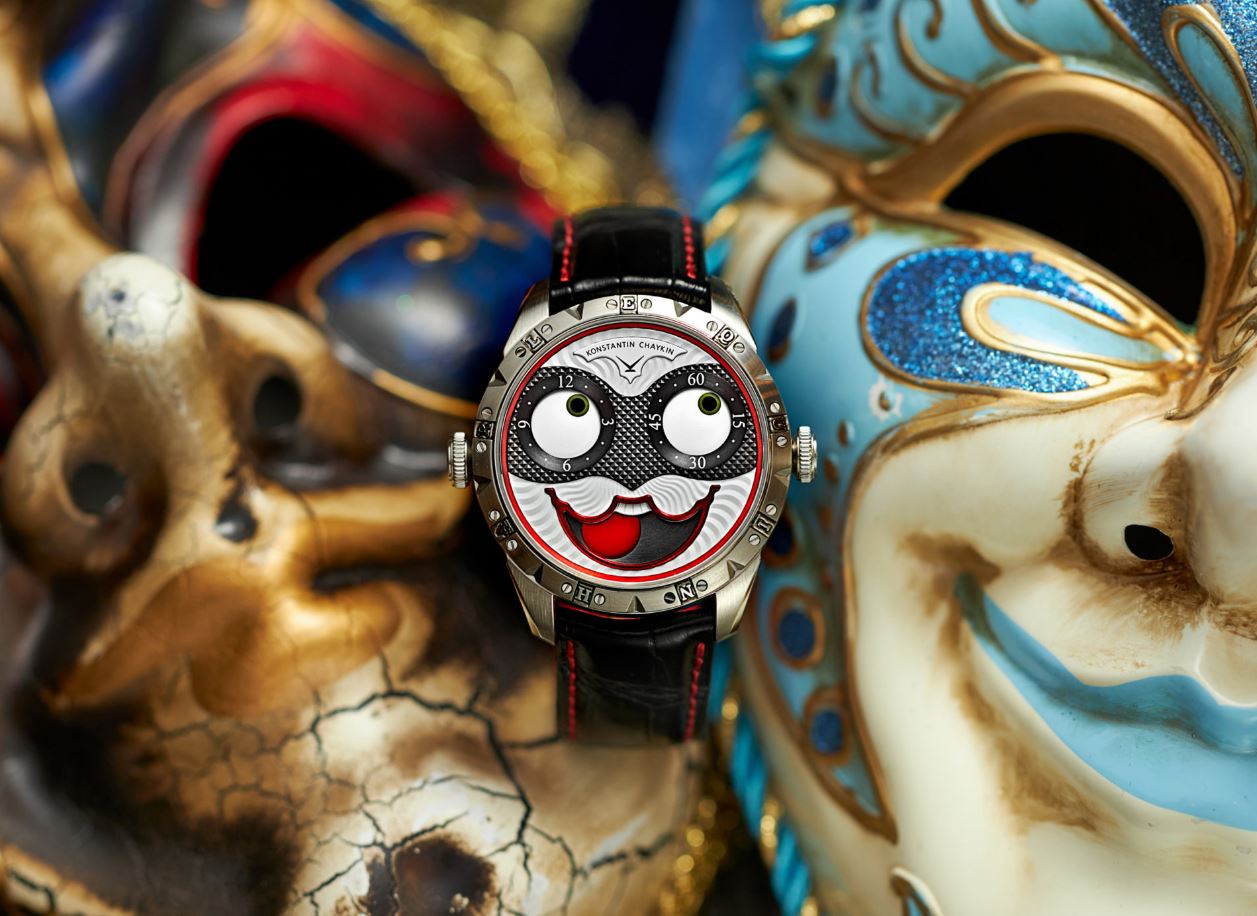 Konstantin Chaykin has been making its own mark in more modern times, with the instantly recognisable Joker design. The brand has now added to that with a iteration bearing a harlequin theme. Named the Harlequin Ventuno, the dial swaps the brighter colours of the Joker watch for a slightly more muted black on white with red accents at the moonphase and dial outline. In line with other iterations, the name is reflected in the eyes, in this case with a harlequin mask around them. The watch comes on a matching black leather strap with red trimmings. Overall, this is actually one of the more subdued pieces in the Joker family though it retains most of the fun and quirkiness of the original. For those interested, act quick as  there are only 18 pieces of this version made. 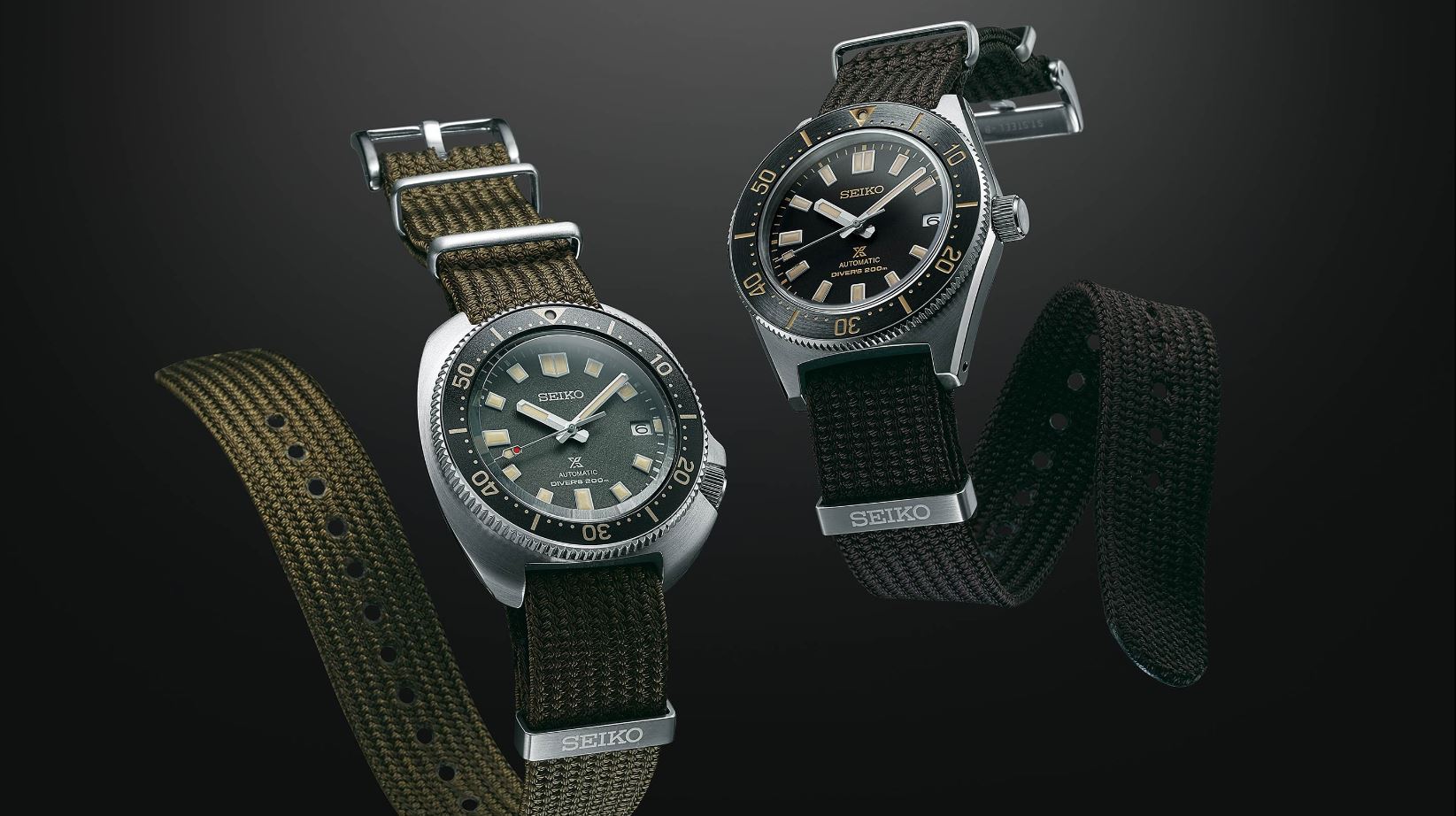 Finally, we have two new watches that are from a more mainstream brand, Seiko. The brand adds two pieces to the hit SPB diver series that it released last year, that started with the SPB143 and SPB153. The two pieces are the SPB237 and SPB239. The former comes in the same 40.5mm 63MAS inspired case design as the SPB143 that is arguably the most wearable diver case design from the brand, while the SPB239 has the turtle case of of the SPB153. What is different in these new releases is the use of fauxtina colour tones on the bezel markings and the lume on the hands and indices, something that the brand has not really embraced before. It does add to the vintage inspired themes on these two releases, and works rather well in my opinion, especially on the SPB329 had has a sort of faded olive green dial. Both watches come on fabric NATO strap that is weaved with a traditional braiding technique called Seichu. While I am sure it is just a coincidence, this combination, in particular the SPB237, feels somewhat similar to the vintage aesthetics and use of interesting fabric straps on Tudor’s Black Bay line. Regardless, these two releases now give fans of this SPB diver series two more options from what is in my opinion an already fantastic collection. 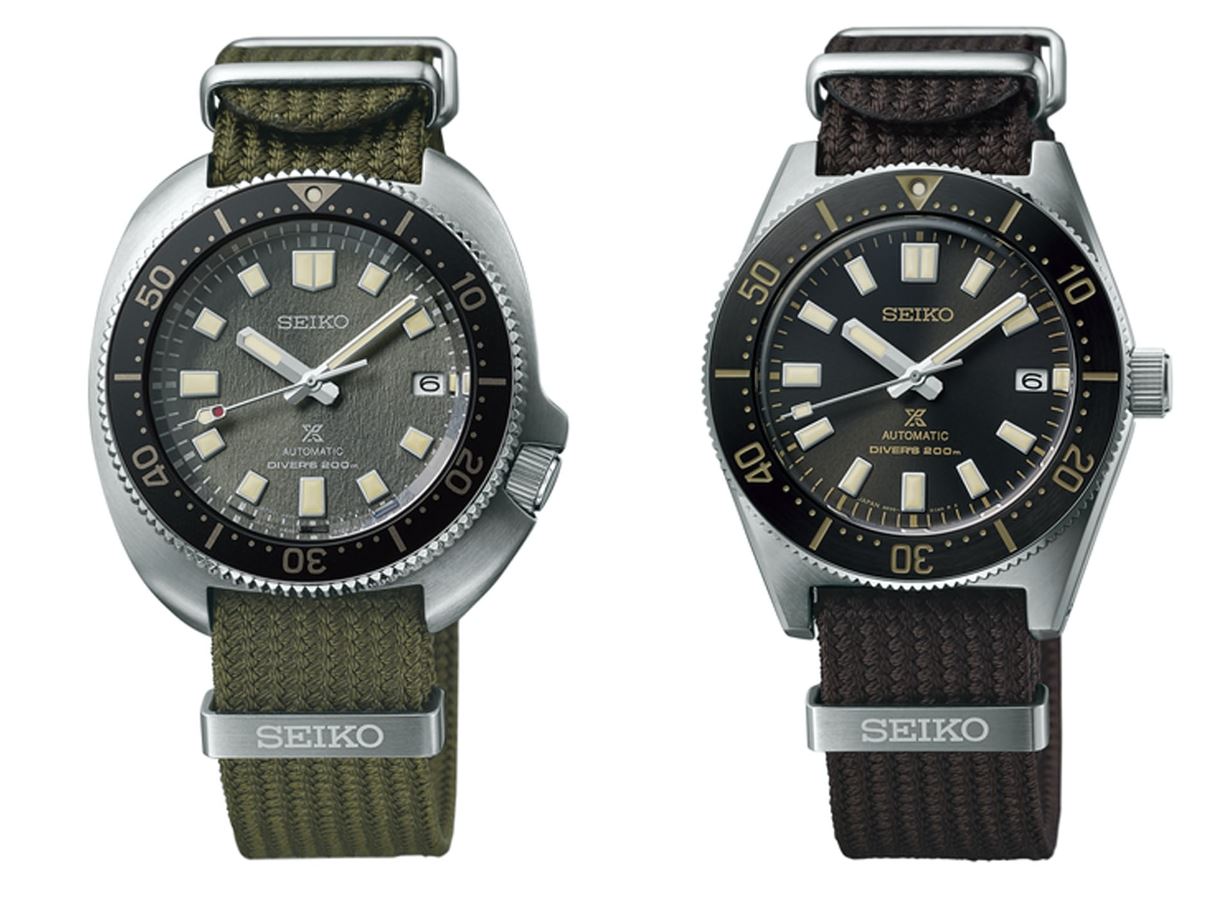 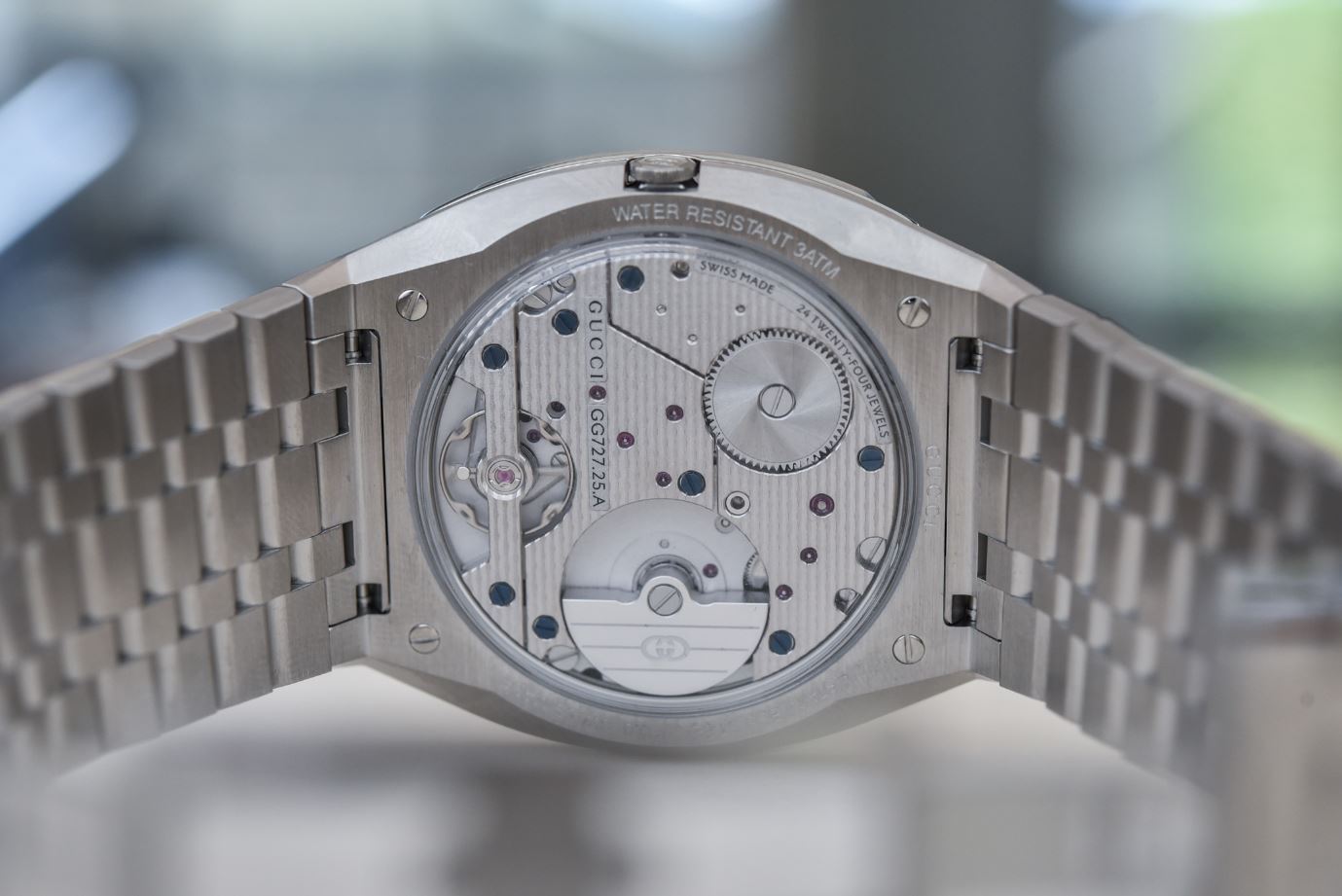 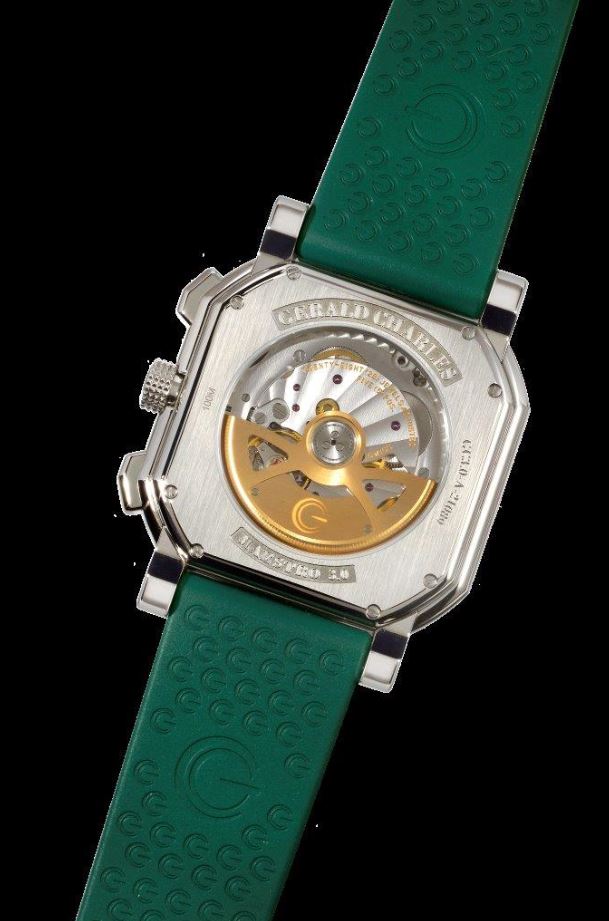