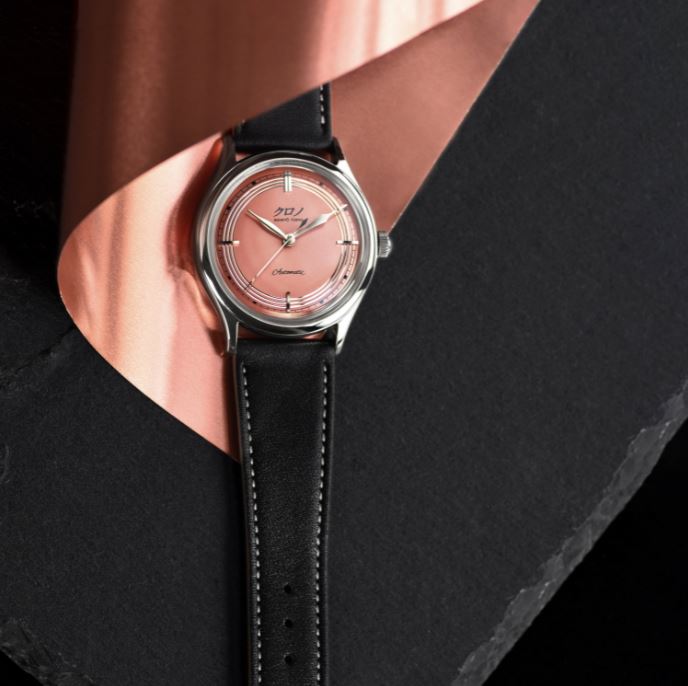 It’s been more than a month since watches and brands are gradually picking up steam in their watch releases once again. This week, we have releases from Grand Seiko, Tag Heuer, Kurono and Ming. Before that though, we have some feel good from Fears, more NFTs, and a report card of sorts on Grand Seiko. These are the top 7 things in the world of watches; let’s get into it.

Nicholas Bowman-Scargill, the 4th managing director of Fears Watches, has always had a heart for the community in both watches at large. When the Covid-19 pandemic forced the UK into lockdown last year, he spent much of his time volunteering at his local supermarket. The man has now launched an initiative to help jobseekers make their first impression a kill, watch wise any way. The Fears initiative will take one worry off nerve-wrecking interviews by allowing jobseekers who live in the UK to borrow a Redcliff for free for their interviews. Just email enquiries@fearswatches.com with your interview date, name, home address in the UK and your choice of strap size (standard or short), and the brand would set you up with a white dialled Redcliff, for a week. While watches only form a small part of one’s get up for interviews, it is an important part, and this initiative is a really unique way of giving back to the community. As for the rest of your outfit, if you are a guy, you could certainly take some tips from Nicholas himself. 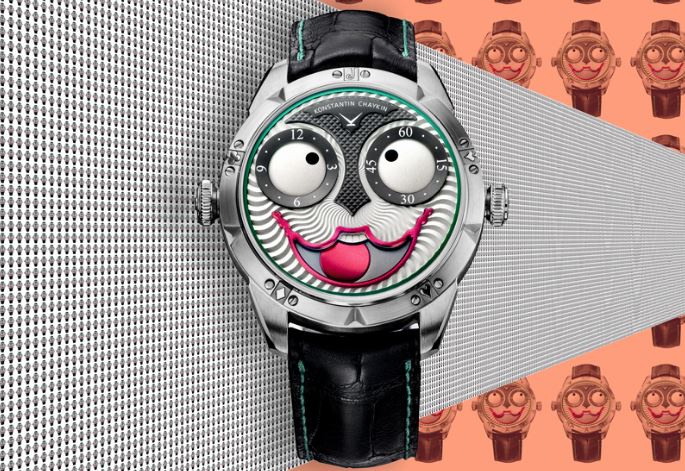 Konstantin Chaykin is the latest brand to launch a non-fungible token (NFT). In the past couple of weeks, we have seen various watch brands like Jacob & Co. and Hublot (through Jean-Claude Biver) dip their toes into the NFT world. Now, the Russian independent decided to design a NFT of its renown Joker watch. The design of the NFT, while featuring the Joker watch front and centre will also comprise of the many faces of the Joker watch as it cycles through its 59 days of two lunar months. In total, this NFT will be a compilation of a whopping 42,480 images, each in 300 x 447 pixels, and make up a canvas 1.15m x 14m. For those interested, the NFT would be auctioned on 22 May 2021 i.e. this Saturday at the Ineichen Zurich auction house. 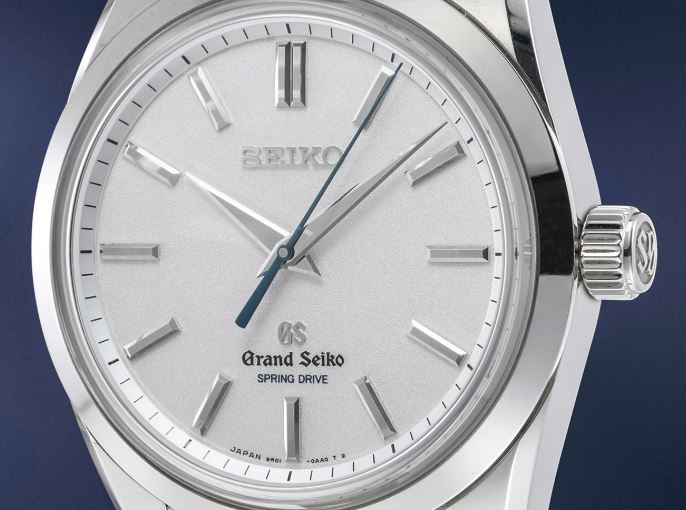 While on the topic of auctions, Grand Seiko made waves at a recently concluded Phillips Geneva Watch auction with the very respectable prices it drew for its pieces. A 2016 Grand Seiko, reference SBDG001 sold at US$97,867, a remarkable 30% above retail. Another Grand Seiko piece, the 61GS V.F.A, a rare piece from 1972, was sold a US$48,900, almost 5 times its pre-sale estimate. These results are but examples of Grand Seiko’s increasing standing in the watch collecting community over the past couple of years. Once considered an insider’s secret, the brand has in recent years made a concerted push to raise its presence in the watch world, bringing attention to the high standards of finishing and amazingly designed movements. Those efforts certainly seem to have paid off. 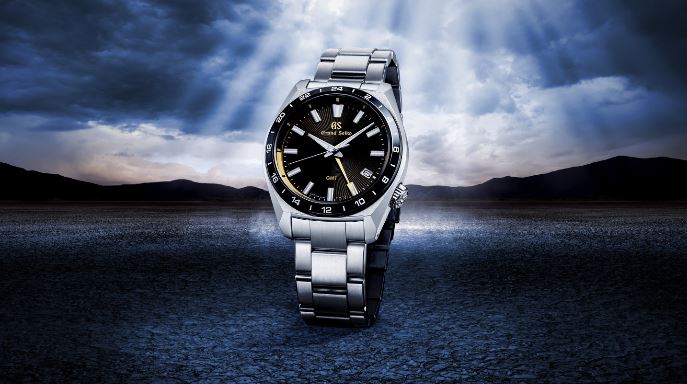 Speaking of Grand Seiko,  the brand has continued its Seiko 140th anniversary releases with three new quartz GMT pieces. The brand is one of the few is the luxury watch space that really takes its quartz movements seriously. These three new pieces form a part of the sports collection which allows the brand to really break away from its regular tried and tested case designs. This case design takes on a sort of tourneau design with really short lugs and angular edges which really brings out the sporty vibes of the watch. The crown and date are positioned at 4 o’ clock, which i will never appreciate, but by now is something synonymous with the brand. The key standouts of this series are the dials and bezel combinations. The non-limited models, SBGN019 and SBGN021, feature feature matching black or blue bezels and sunburst dials respectively with red or blue accents and GMT hands. While these are no doubt finished to the usual high Grand Seiko standards, the limited edition SBGN023 that is the real standout. It also features a black bezel and sunburst dial but that dial’s sunburst is not just achieved by the brush direction. Instead, it has a sort of ridged sunburst texture, first seen on the SBGY003 that was first released in 2019. To really bring out the celebratory nature of the watch, the gold accents and a gold GMT hand has been chosen. The pictures and renders at this point do not exactly reflect the elevation that this colour choice has brought but it is something that I look forward to seeing in person. Overall, a wonderful addition to Grand Seiko’s line-up, unless you are like me and cannot see past the 4 o’ clock date window and crown. 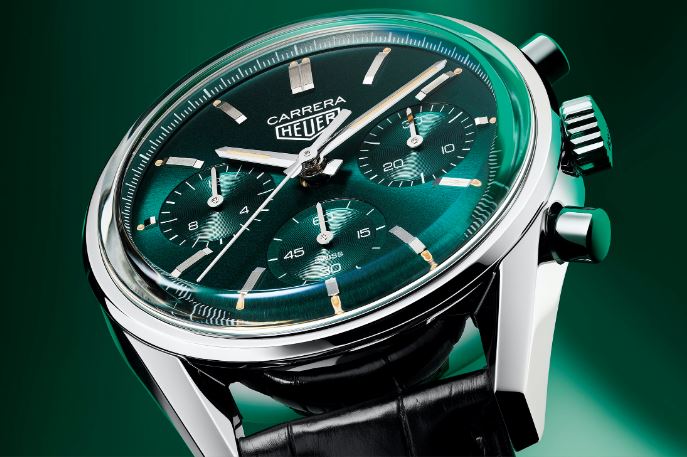 Those who know me will know of my fondness for smaller slim watches. That preference typically puts me and chronograph on separate planes because they tend to be larger thicker affairs. However, Tag Heuer, who is no stranger to larger chronographs, has a vintage inspired series of chronographs in its Carrera line that has had my eye for a while. It has just released its latest iteration, this time in, surprise surprise, green. It has been the year of green watches after all. The shade of green trends closer to teal, than the actual green featured on the brand’s Monaco a few weeks. It isn’t a green that I’m especially fond of, but it’s a shade of green that will definitely have appeal. The proportions of the sub dials, hands and markers in this 39mm case is spot on in my opinion. The fact that it is not unnecessarily burdened by a date, something many watch brands seemed strangely compelled to shoehorn in, plays no small part in achieving this. The movement powering this lovely piece is the in-house Heuer02 movement, one that allows the brand to reclaim some of the horological prestige it gave up in trying to survive the quartz crisis. It is however, still thick, causing the watch to come in at 15mm, though that’s par on course for chronographs. One puzzling fact about this watch though, is the reason it was released. It is a limited edition, but seems to be limited solely because the brand has decided it to be. The 500 piece run may also have something to do with the fact that the previous two versions, did not exactly fly off the shelves when they were released, possibly because of the high price (at least by Tag Heuer’s standards). That pricing strategy has not changed with this priced at US$6,650. 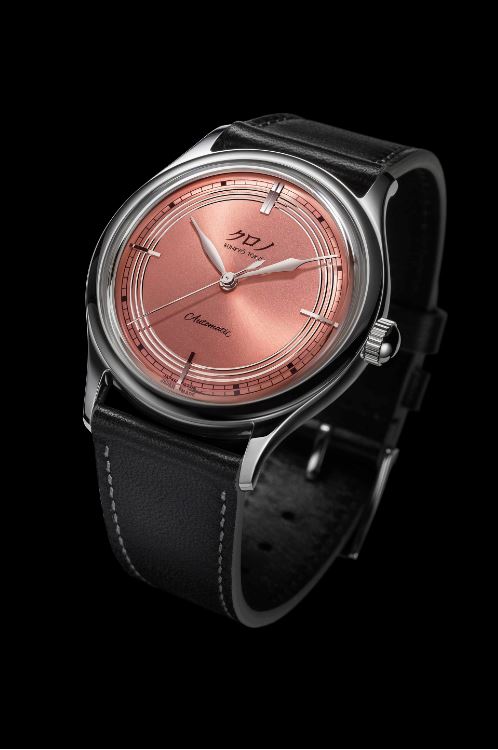 Kurono Tokyo is a microbrand of sorts, that hails from Japan and has been quietly making a name for itself in the past few years with many of its releases selling out almost immediately upon its launch. The brainchild of Japanese watchmaker and designer Hajime Asaoka, Kurono Tokyo brings much of the design language that the renown watchmaker incorporates in his more prestigious handmade pieces. The latest release announced by the brand is a watch that is inspired by the Toki bird. This release is meant to celebrate the 2nd anniversary of the brand which explains the use of the emblematic bird, which is auspicious because its feathers are close to the colour of the rising sun. If the colour of this watch looks off-salmon to you, it is intentional. The brand terms this colour dark-pink tinged vermilion, which Hajime Asaoka wants to distinguish from the salmon-coloured dials that Swiss and European watches prefer to use. To prove his point, he spent a year refining the colour by paint dials on his own to get this exact shade. The dial is housed in the same 37mm by 7mm case that has been used in its previous time only releases. I must admit, that I was late to the Kurono Tokyo party, and so while some may find the mere change of a dial colour stale, I am not yet worn down by it. Moreover, this is an amazing looking colour, at least from the pictures and I would love to own one. The price is certainly reasonable, at a relatively affordable US1,738. For any interested, pre-orders open on 21 May 2021 at 2300 JST for a 10-minute window. The time only limitation is another feature that is great about the brand, as it attempts to allow the watch to be bought by actual interested parties instead of scalpers. 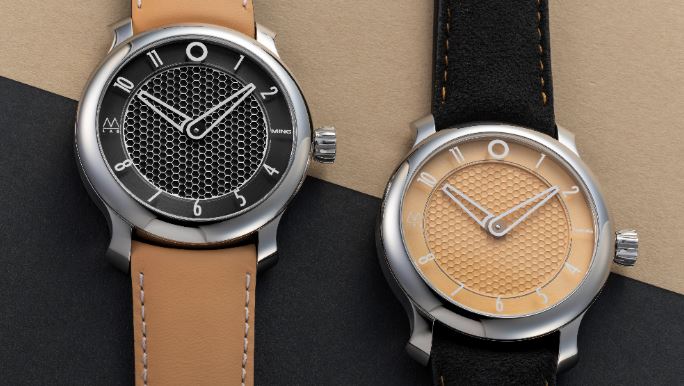 Another microbrand or independent that is releasing watches for pre-order this week is Ming. For its latest release, it has collaborated with Massena LAB to release two model limited edition 17.09. These iterations of the 17.09 do away with the usual minute track around the dial leaving the standalone indices to give a cleaner look. The uniqueness of the 17.09 indices are still visible though, as they are laser etched onto the underside of the crystal and lume filled. What really stands out though, are the dials that come in a black or honey option. They feature a honeycomb motif that looks exceptional, especially on the apt honey coloured variant. The hands on the other hand, remains a question to me, having been thoroughly underwhelmed when I saw those on the black dialled 27.01. That experience kept me away from the amazing looking burgundy 17.09 released in April and are likely to keep me away from this too. But if that doesn’t bother you, the dials on these releases are really worth camping for, something you’ll need to do since these are limited to only 200 pieces; 50 honey and 150 black. My money is on these selling out in under 5 minutes so good luck to all who hope to get one. 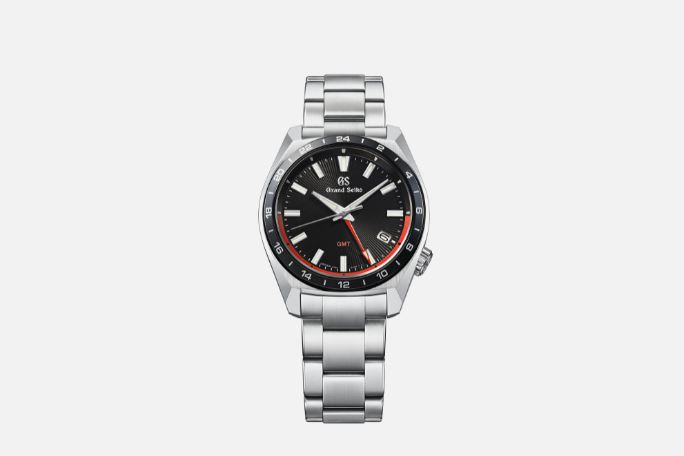