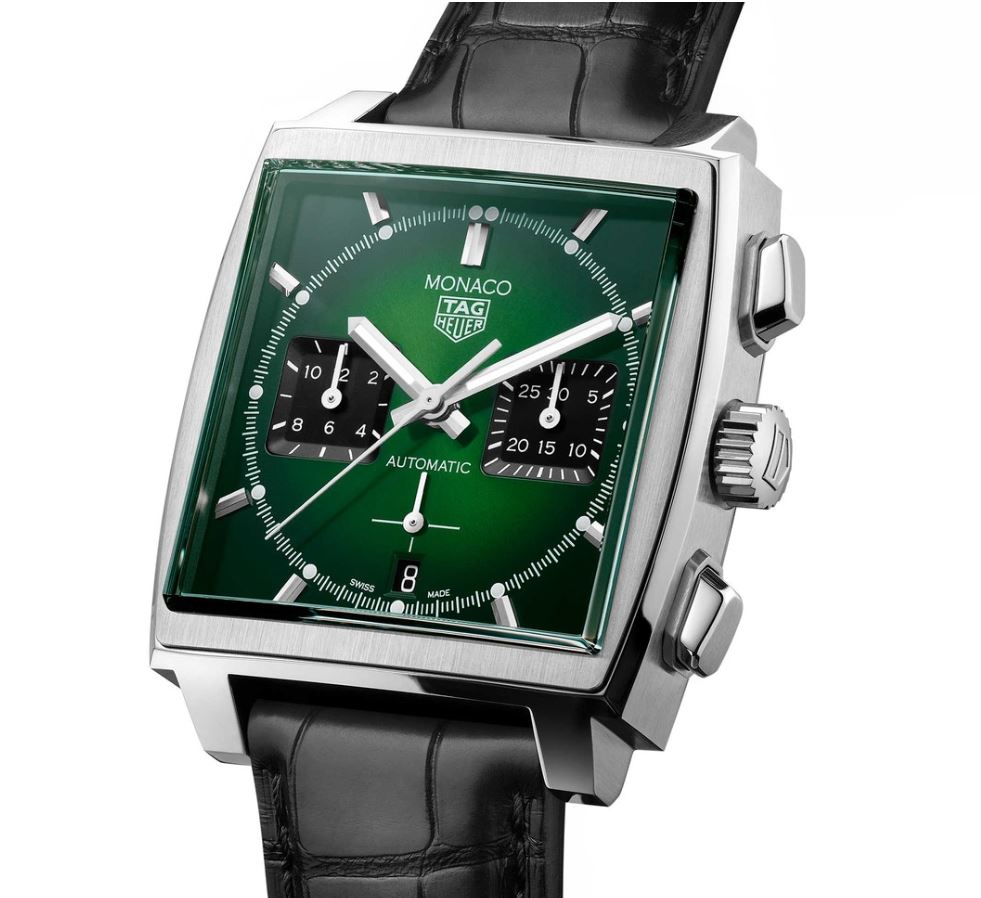 Another slower week in the world of watches as we continue process all the good stuff from Watches & Wonders. But slow isn’t necessarily bad. This week we have a varied range of interesting pieces of news with IWC taking video conferencing to the next level, both Richard Mille and Bucherer entering (separate) strategic partnerships, Tag Heuer’s take on green, Seiko going gaming, and Montblanc competing in the smartwatch space. But first, Scottish Watches reaches 250 episodes.

On 11 January 2019, two Scottish Richards released what they expected to just be a recording of a fun chat between two watch guys. Well, since then, they have carved their very own niche in the watch community, with a loyal following, a range of offshoot media productions on in videos, articles, photos, and just in December, their very own limited edition Scottish Watches Swatch Watch. However, the podcast naturally has been the bedrock of the entire operation and just this past week, they have reached a remarkable 250 episodes which deserves massive congratulations. And they marked it with a wonderful podcast with Cara Barrett from Hodinkee. If you have not checked it out head over to your podcaster of choice to do so cause its one worth tuning it for. Then again, I might be a little biased. 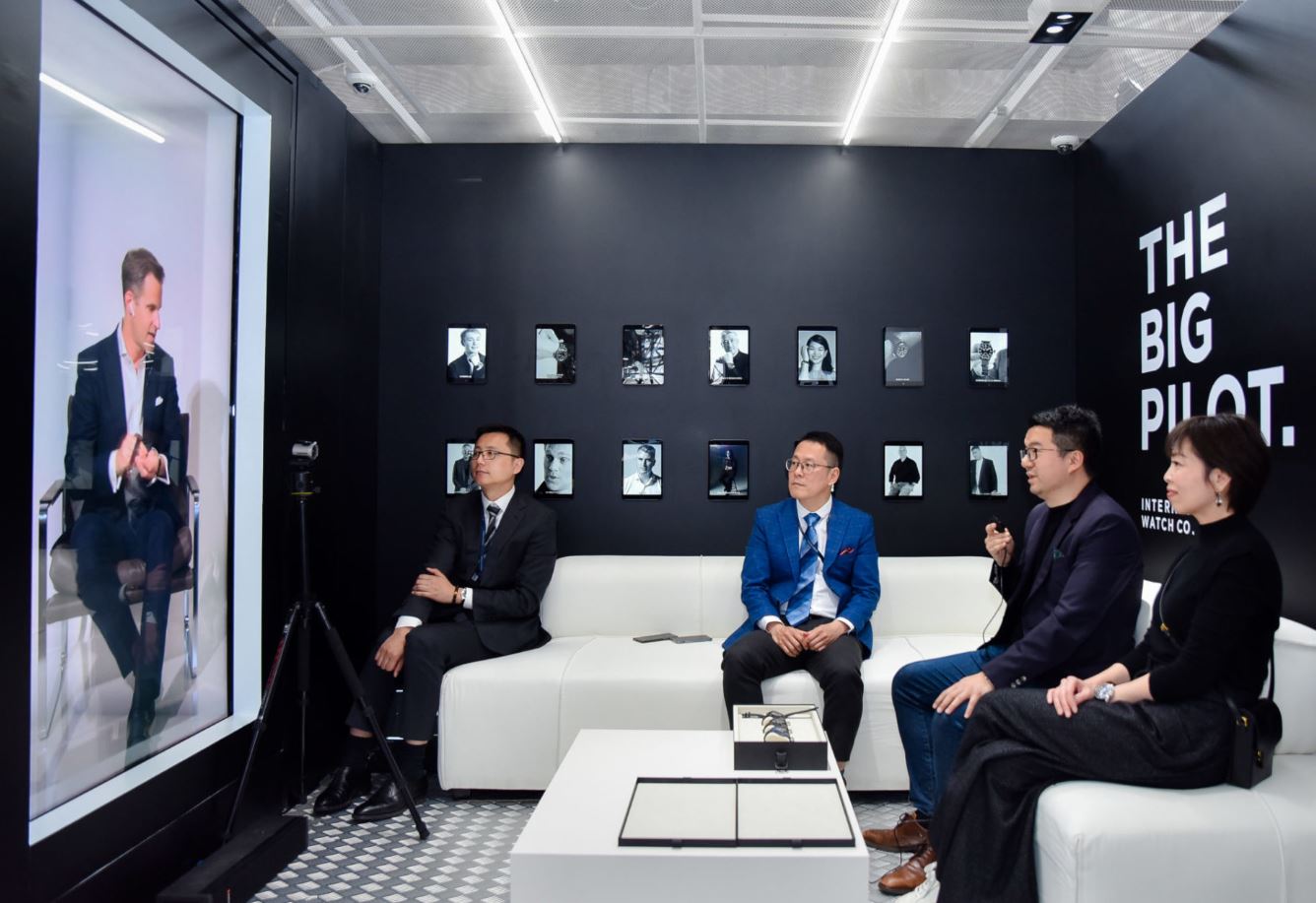 Last year, I raved about how IWC made full use of the digital Watches & Wonders platform in its presentation for the show. While I will never know how they fared at this year’s show, news has come out that in first physical watch show since the pandemic started, the brand has found an ingenious way to participate. IWC has gotten around travel restrictions by using technology from PORTL to holographically beam a 3D image of its executives into meetings so that they appear as if they are right there in the room. It is certainly an innovative method of getting around the current prohibitions on large physical gatherings and it would be interesting to see how the brand continues to use this technology in events in the rest of the year as it has said it would. 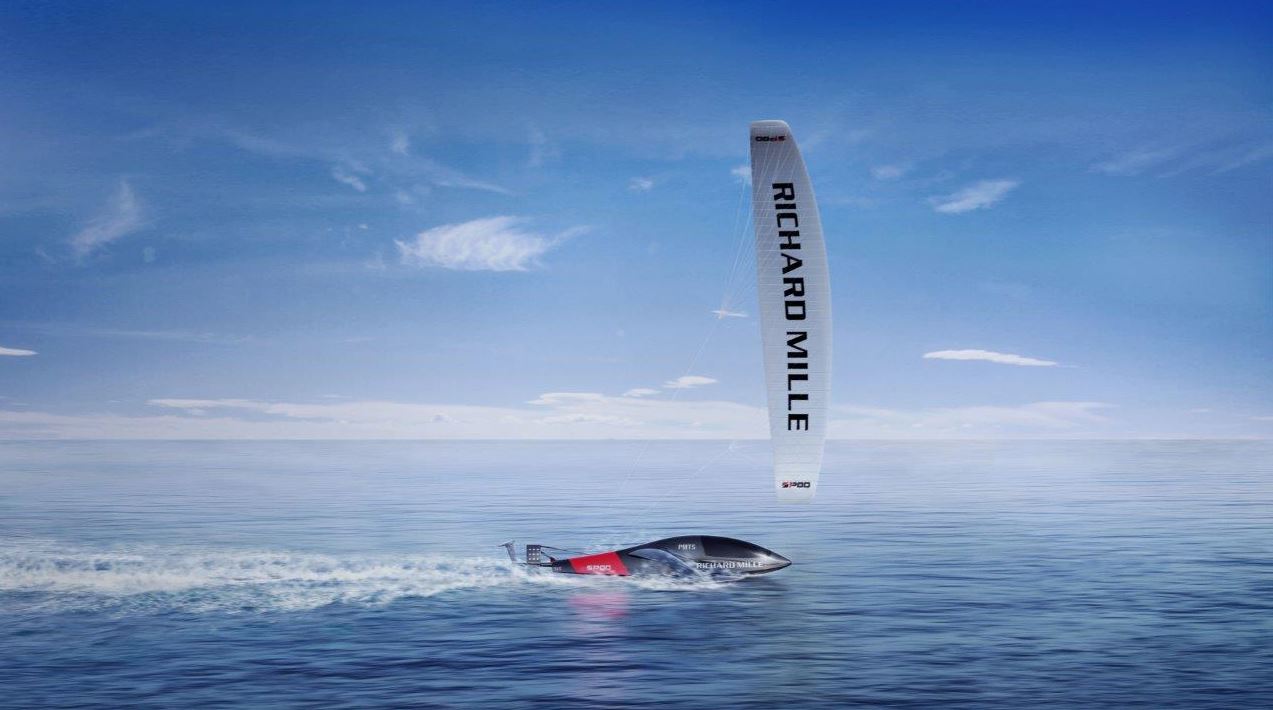 While Richard Mille is a relatively divisive brand, there is no question that it is at the forefront of innovation with materials and their applications in the real sporting world. Just look at its presence in tennis tournaments. Well the brand has now attached its name to SP80’s, a Swiss boat builder, bid to break the world’s sailing speed record of 65knots, which was set in 2012. SP80 is targeting 85knots. What is worth noting is that Richard Mille is going the extra mile and not just sponsoring this attempt or providing the timepieces used. It is providing Carbon TPT, at material that it employs in many of its watches, to SP80 to craft the entire hull of the boat. For those interested, the boat is targeted to set sail in 2022 so keep your eyes peeled. 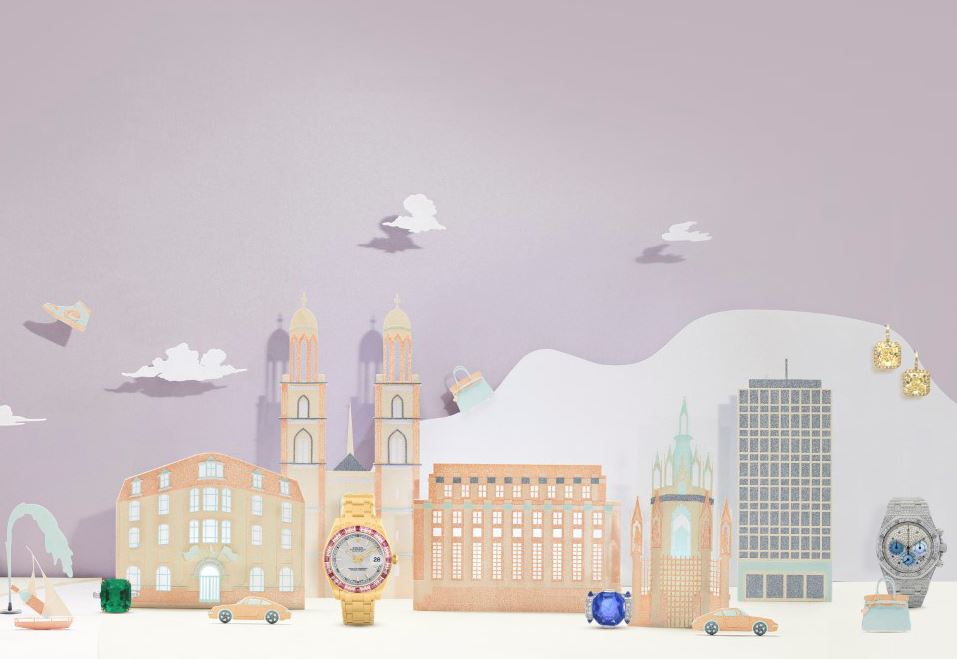 While on the topic of strategic partnerships, Bucherer, one of the world’s most renown watch and jewellery retailer, has stuck one up with auction powerhouse, Sotheby’s for cross promotion of the sale of certified pre-owned watches. The partnership at his current juncture will commence with an exhibition at Bucherer’s Geneva boutique before continuing with the sale of pre-owned Bucherer certified watches at Sotheby’s “Important Watches” auction. If these two inaugural initiatives work out as the two companies hope they do, this partnership could expand to initiatives in USA as well. It is hard not to think that this partnership has been born out of the difficulties caused by the still ongoing pandemic, given the drastic fall in walk-in customers that Bucherer would have faced. And why Sotheby’s may not have been as severely affected, lockdowns must have forced them to rejig their auction process significantly. Still, these two companies have centuries of experience under the belt and I would be interested to see how this plays out. 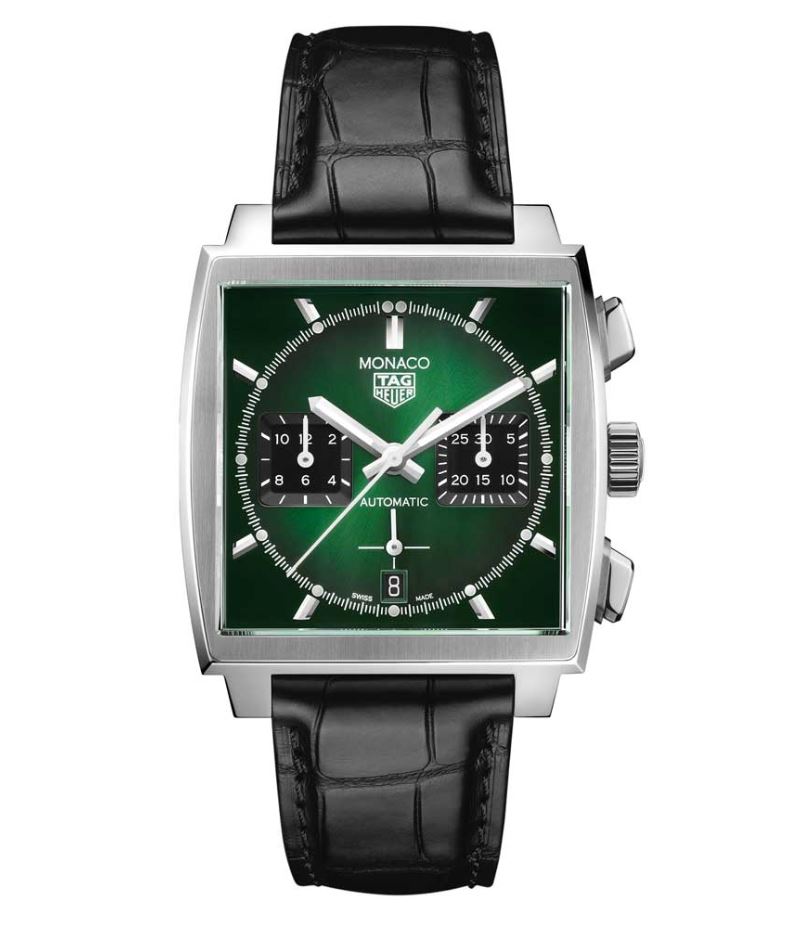 This year definitely has been the year of green, with multiple brands releasing their take on watches in this colour. Well Tag Heuer has now gotten in on the action with a limited edition Tag Heuer Monaco to mark the 2021 Grand Prix de Monaco Historique. For F1 fans, this is one of the most prestigious events around and Tag Heuer’s latest release is certainly fit for the occasion. The choice of shade of green is fantastic with a sort of smoked dial that gets darker as it progresses from the centre to the edges. To me, this is what green is, unlike olive green that seems brands who want to play on the safe side go for. It definitely makes this watch that already has substantial presence, stand out even more. To complement its outstanding looks, is the Heuer 02 chronograph movement that is developed and produced in-house, and visible to the display case back. As an extra touch, the words on the rotor as well as the column wheel are done in the same shade of green as the dial. While I doubt I would ever be comfortable with a watch with this much presence on the wrist, it is one that I would love to check out in the metal. 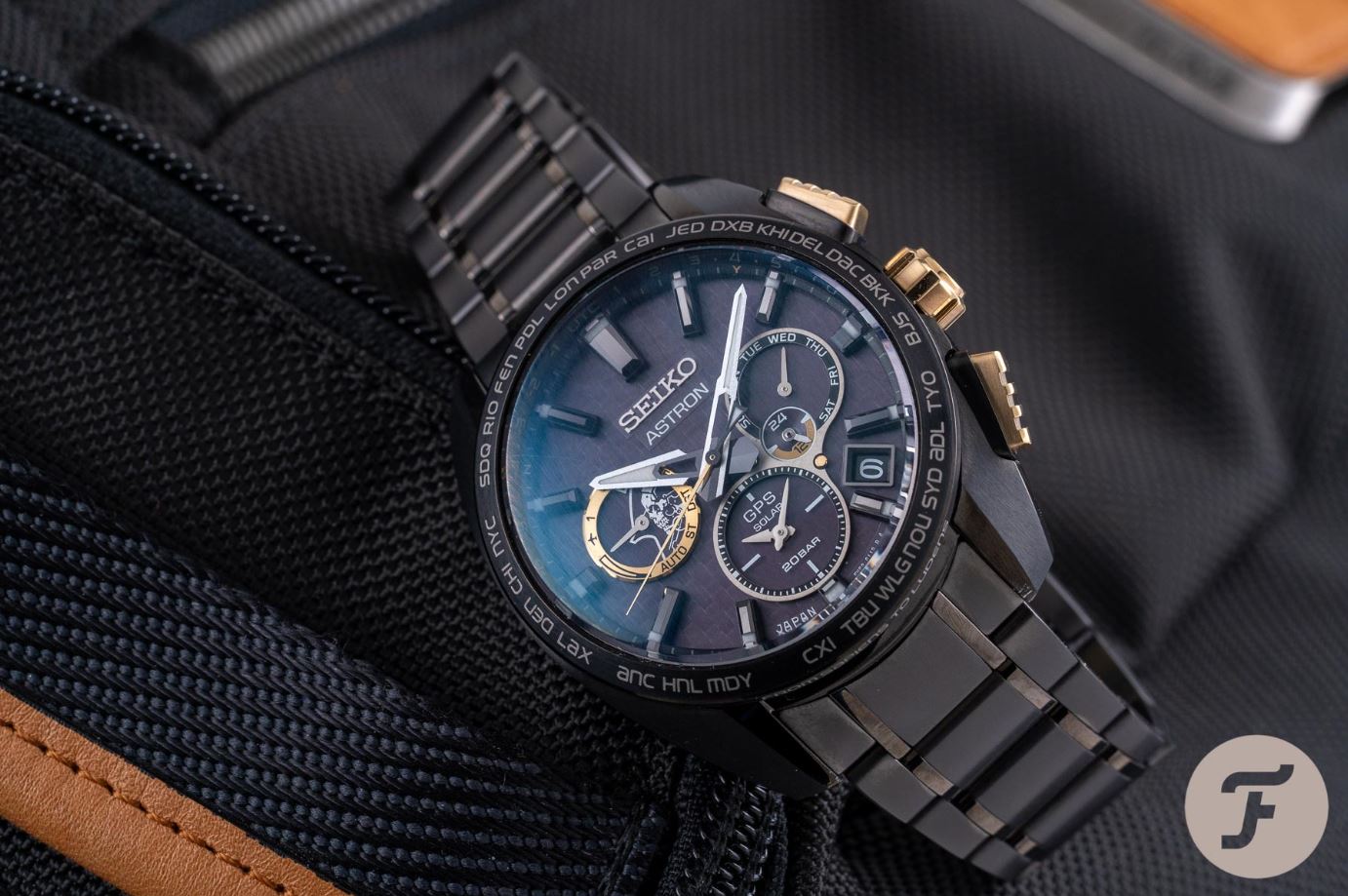 With everything else that’s been going on in the world of watches, it’s been awhile since I’ve talked about Seiko. However, this week the brand released a cool new Astron, one that was designed in collaboration with Kojima Productions. For those unfamiliar, Kojima Productions is a game studio founded by Hideo Kojima, who came up with the slogan, “From sapiens to ludens” which reflects his idealogy that humans are at our core born to be players or in his context, gamers. This latest Astron perhaps bears some of that philosophy, with the base watch finished with the brand’s super-hard black coating, but sports several playful details that elevates it. At the 9 o’clock subdial, we have the insignia from the Ludens mascot of Kojima Productions, while the dial is features a very fine interwoven texture that is meant to replicate the Ludens mask. The gold accents on the watch also hark back to the gold touches on the Ludens suit. Overall, a very cool looking watch that both fans of Kojima and the rest can enjoy and appreciate. 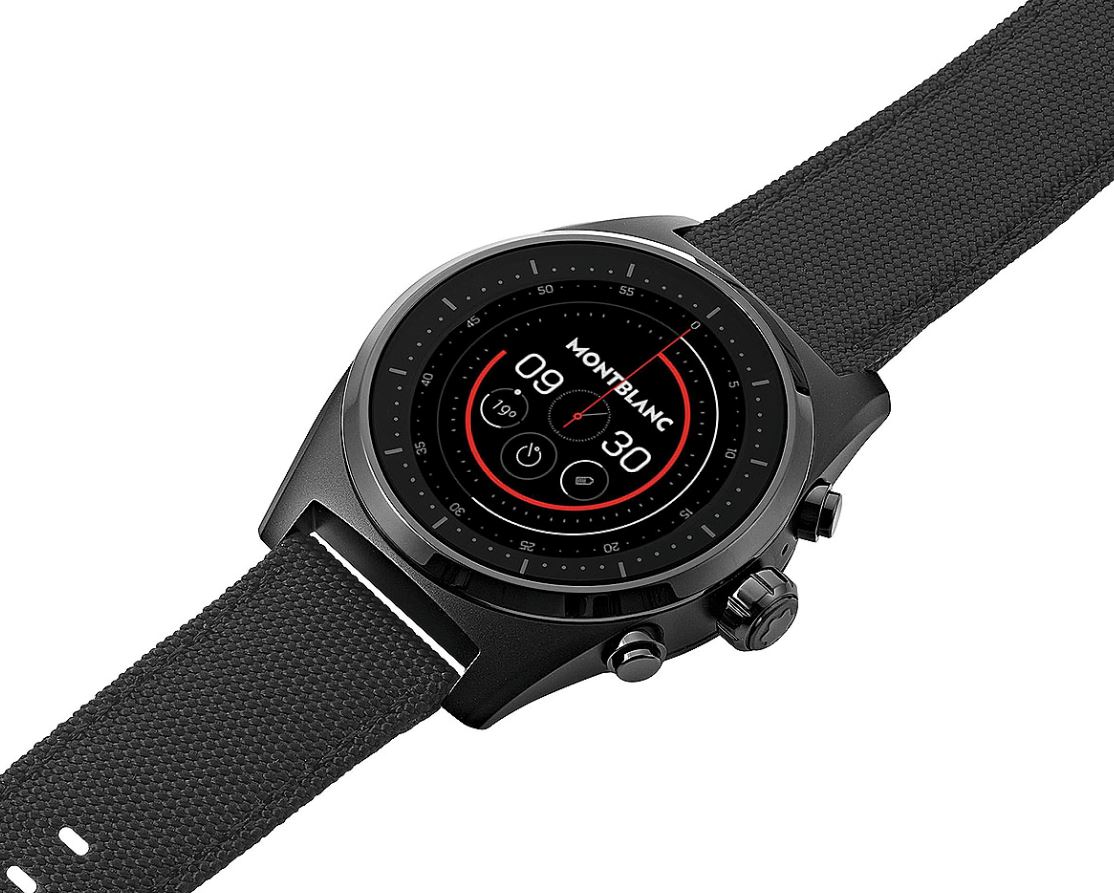 Finally, we have Montblanc releasing its latest smartwatch, the Summit Lite Smartwatch. The smartwatch/wearable market has grown considerably in the past decade. Even traditional watch enthusiasts often find it hard to argue against its utility. Over the past few years, we have seen Swiss brands like Hublot, and Tag Heuer develop competing pieces of their own, to vary degrees of success. Well Montblanc has also attempted to get a piece of the pie with its latest smartwatch, the Summit Lite Smartwatch. I have to say, that is not the most ideal name for a smartwatch given that it makes the watch sound like it fell short of the summit which is a shame given that it was meant to refer to the weight of the case that was cast in recycled aluminium and stainless steel. The use of recycled aluminium is part of the brand’s attempt at improving sustainability. The watch also features some cool features like a cardio coach that provides recommendations for workouts based on one’s fitness levels. More importantly to me, because the watch was made in an alloy that is closer to regular mechanical watches, it looks good as a watch in general. If the brand could implement watch faces that has some of that aesthetic, the way Apple Watches have done in its Series 6, this might actually be a worthy contender for fans of traditional mechanical watches. This is especially since at US$860, this costs way less that much of the Swiss watch competition and looks better that the Apple, Samsung, Fitbit and Garmin alternatives. 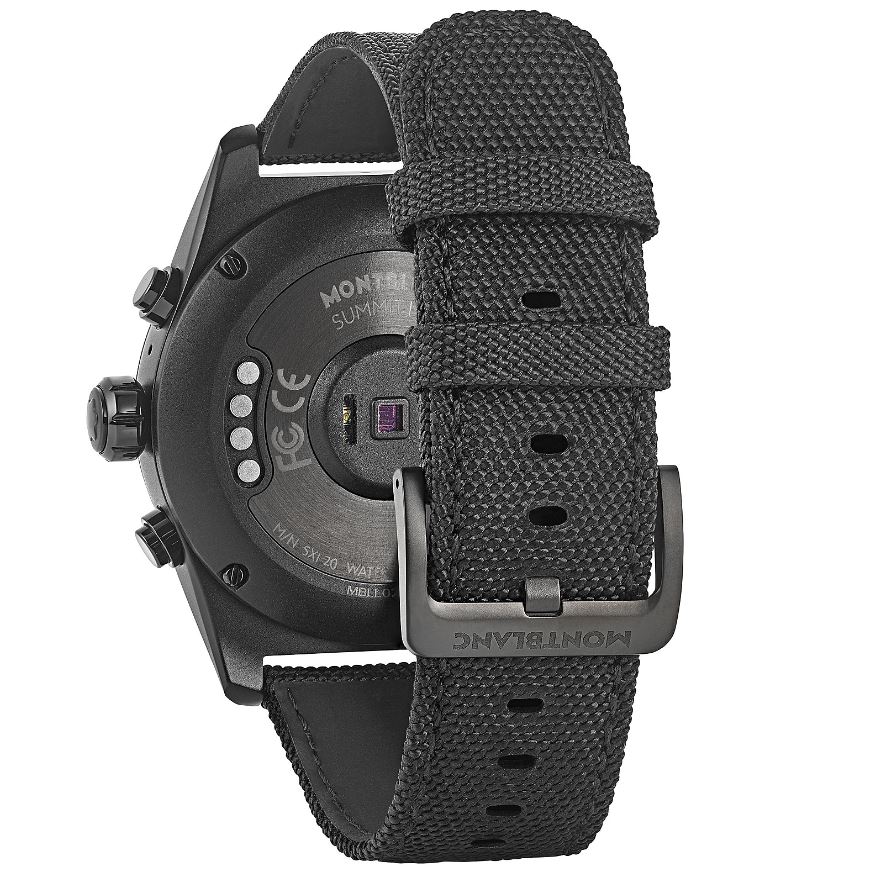 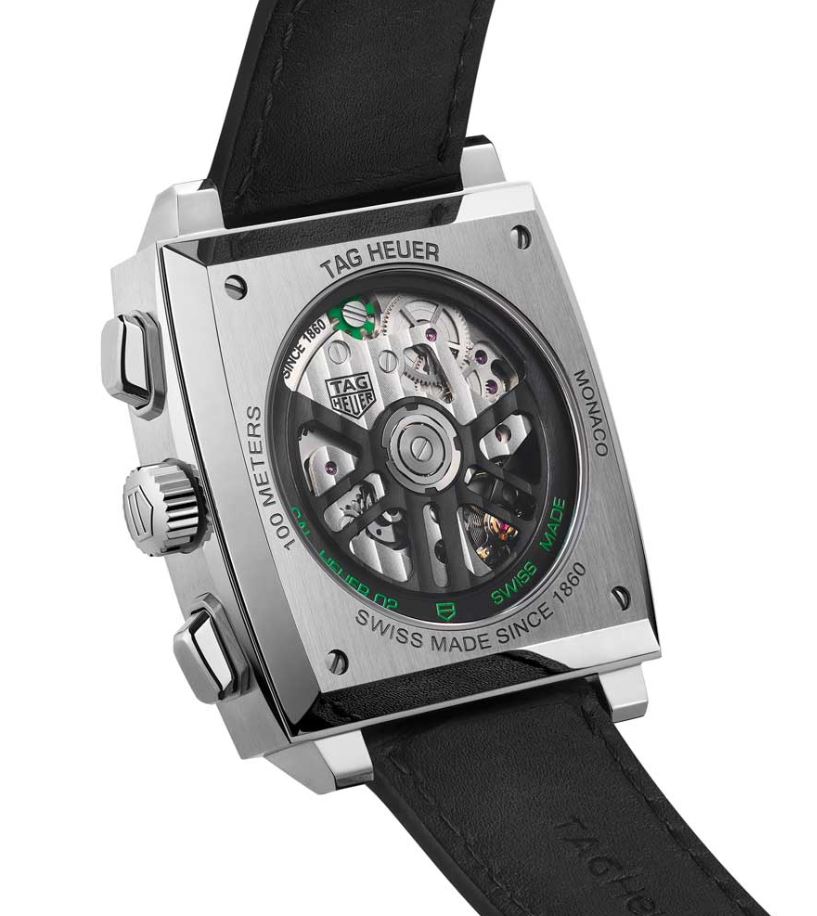