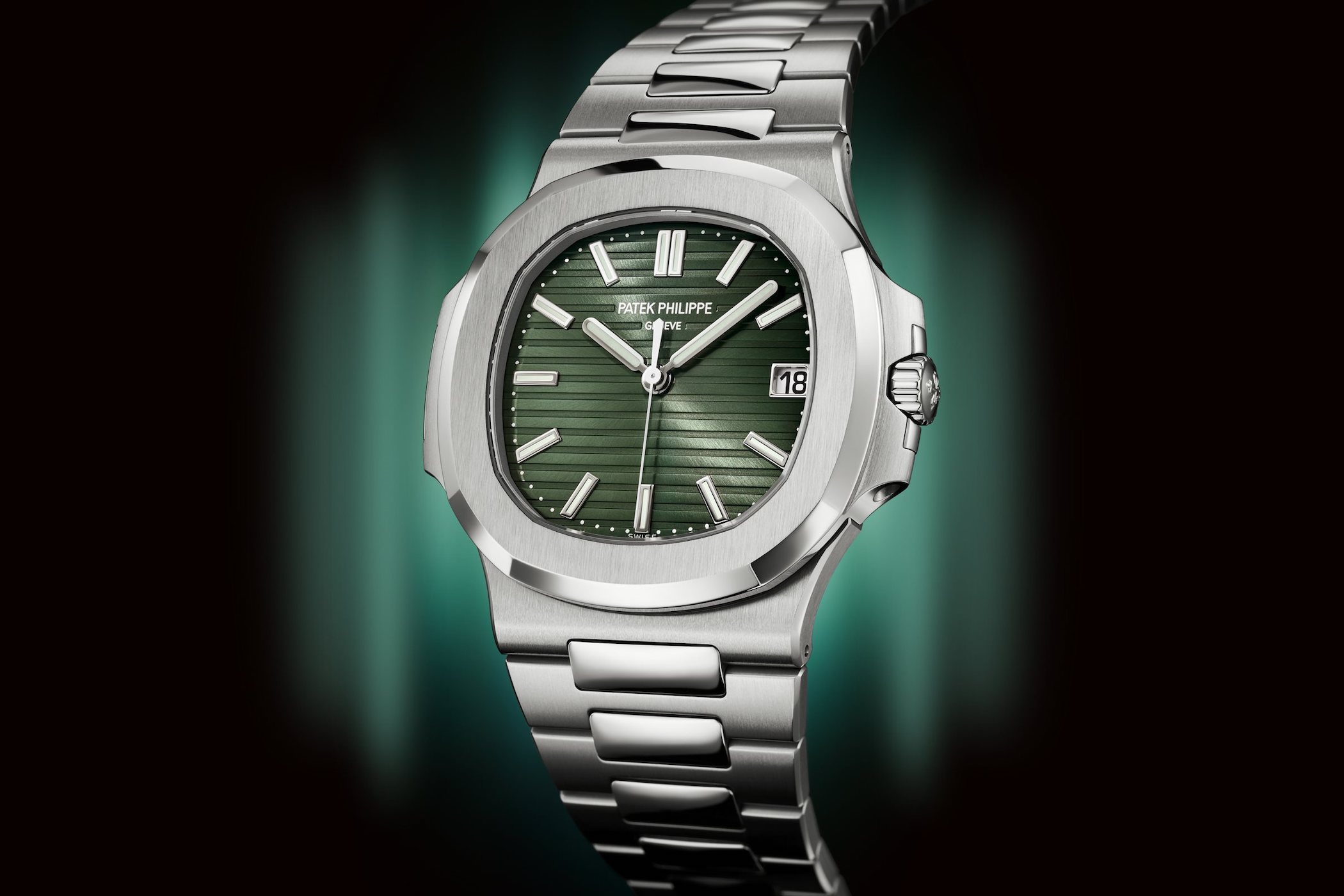 Its Watches & Wonders week! When Watches & Wonders was first launched last year, it was meant as a replacement to SIHH. However, it has become sort of a replacement to almost every other trade show since the majority of watch brands decided that they were going to release watches either as part of the show or in the same week as a show. Since there are way too many for me to keep track of which were part of the show and which were not, I am declaring this week’s round-as Watches & Wonders 2021 -ish. There were so many releases in the past week, many of which were truly amazing, and many of which I have not even had to time to process or understand. So while there is no way, I can even scratch the surface, here are 7 things that caught my attention. Let’s get into it. 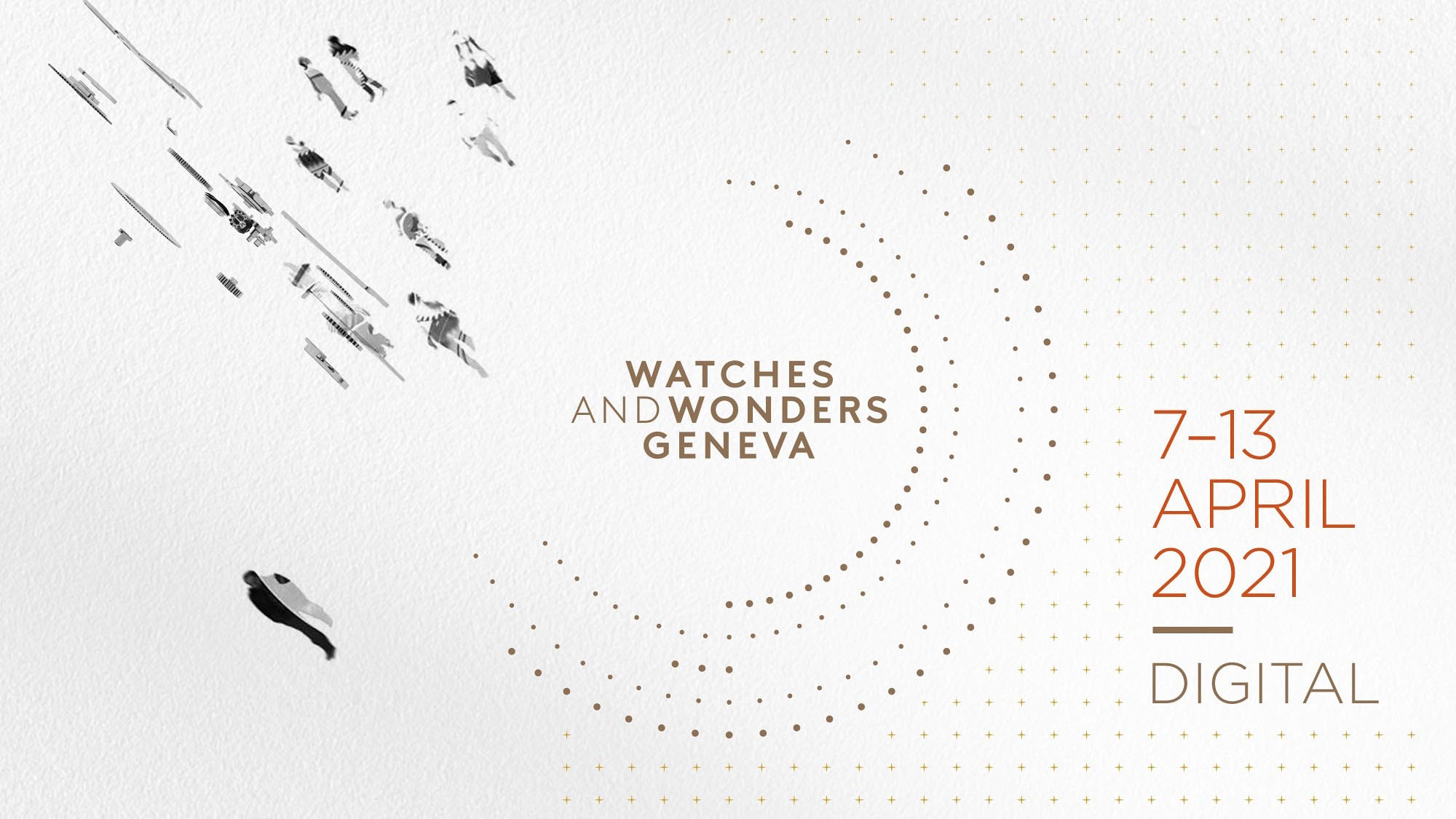 It would be an understatement to say that the COVID-19 pandemic took everyone by surprise. So it was a real feat when Watches & Wonders and all the associated brands scrambled to pull together a digital show in place of the usual physical trade show. The result however, was in my opinion nothing short of amazing. For once, the world could take part in this show from wherever they were. It was no longer limited to just journalists, retailers and those who had the ability to travel to Switzerland. I for one absolutely loved it, and you can read about it here and here. All this prelude is to lead up to how disappointing it was that this year’s Watches & Wonders turned out to be an invite-only digital event that was mostly reserved for watch media and probably retailers and certain VIPs. Why the show and brands decided to become exclusive once again is beyond me, after all it isn’t as if they couldn’t put out some content for the world to get hyped about while reserving the live events for the select few. It is a real shame given how it seemed that the show and many of the Swiss brands seemed to be embracing or at least adapting really well to digital marketing and closing that gap with its consumers.

Disappointment over the show aside, green seems to be the flavour of the year, almost as if brands had some prior agreement. 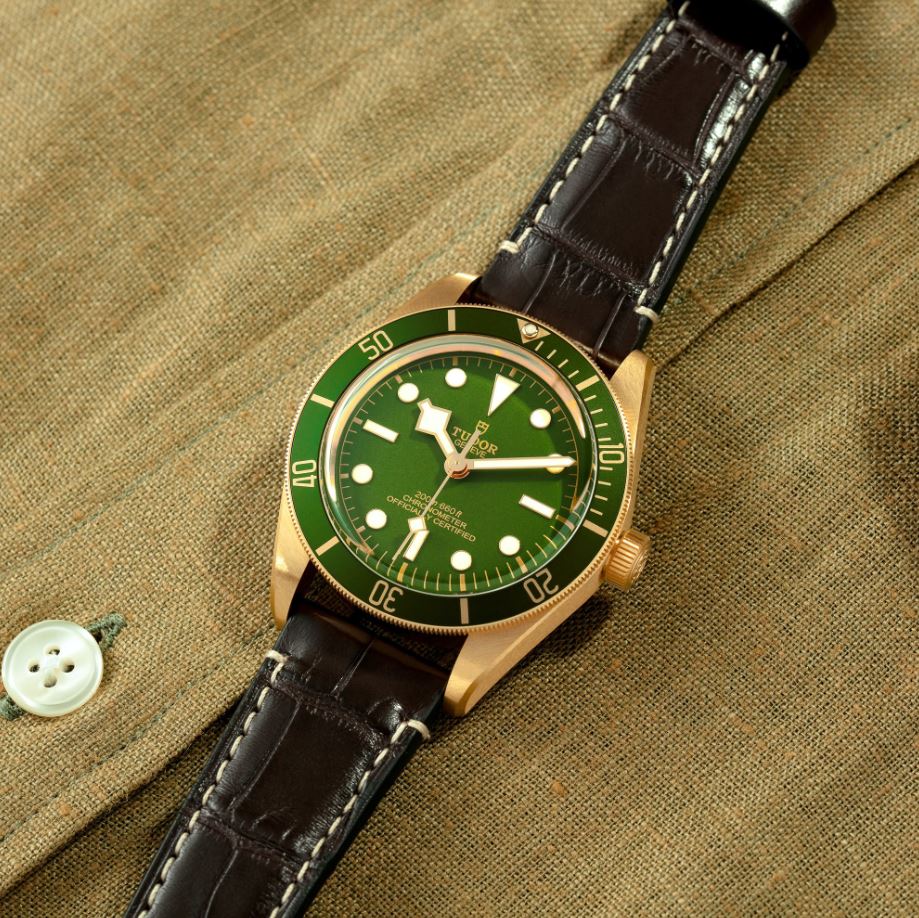 Tudor, for one, released a beautiful Black Bay 58 in 18k Gold, a move that came out of left field. Of course, it features a matte olive green dial and bezel. But I won’t get into this again, having already discussed all the Tudor releases here. 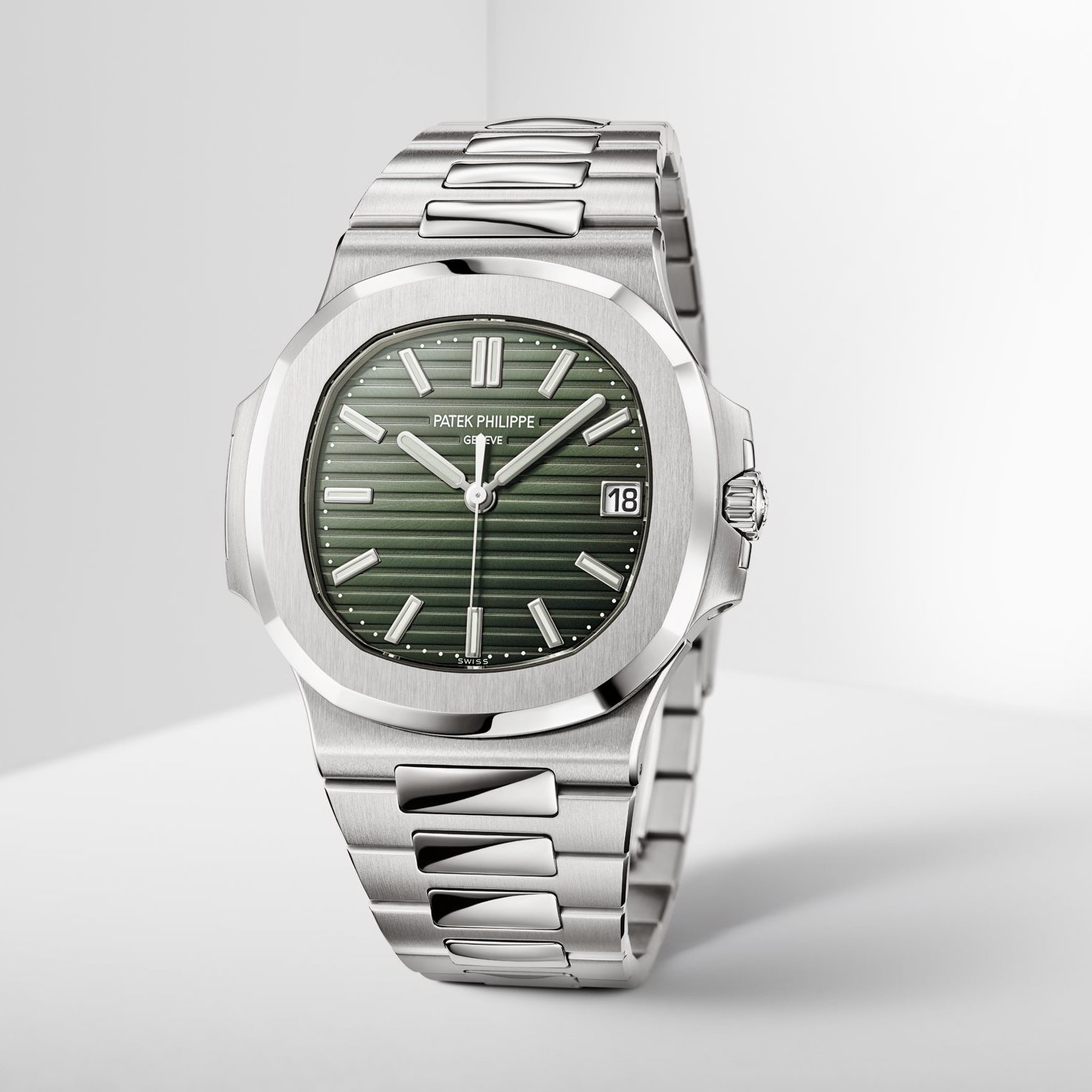 Earlier this year, it was leaked through retailers that Patek Philippe would be discontinuing its hottest model, the Nautilus 5711. In addressing this news, Patek Philippe’s president, Thierry Stern, announced that there would be a proper send-off Nautilus to this series. Well, that send-off is now here and it is in the form of a 5711 with an olive green dial. It is a beautiful looking watch, one that I would like to someday try on. Of course, what seems to be bigger news than the watch itself is all the fervour around it, and the grey market price is currently north of US$190,000 which is a mind boggling figure given that its retail is a paltry US$34,893. It must frustrate the brand and probably explains the discontinuation of the 5711 that there is perhaps as much chatter in the public about the grey market as there is appreciation for the watch itself, because it is a great looking watch. 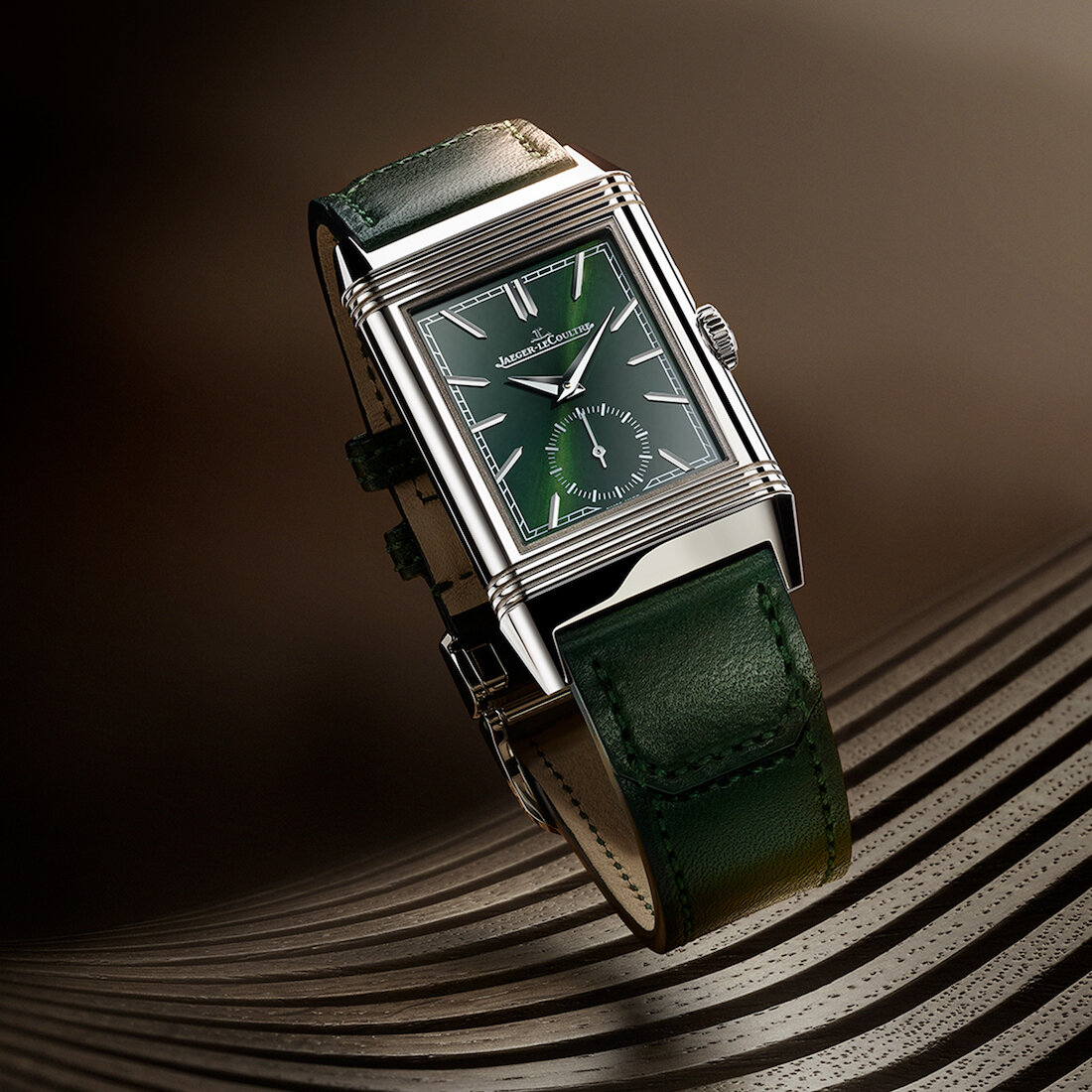 This year is a the 90th Anniversary of the Reverso which is an icon even if our editor-in-chief Rick doesn’t believe the backstory. To celebrate the occasion, Jaeger-LeCoultre (JLC) released its latest iteration of the Reverso Tribute Small Seconds which, surprise surprise comes in green. The previousl two versions were in burgundy and blue. The shade of green (which I refer to as actual green with no qualifications) is wonderfully refreshing, since olive green seems to be the more popular choice. It is a watch that would fill that alternative dress watch role (which is ironic given its sporting history), one that has is a little more fun, a little more intriguing. It is also apt given the lowered requirements for dressing up nowadays.

Going green in more ways than one

It is always nice when watch brands take the extra step to do their part for the world, as Oris has consistently done over the years with its many conservation projects and efforts to boost sustainability. At Watches & Wonders, we have had several brands step up to the mark as well. 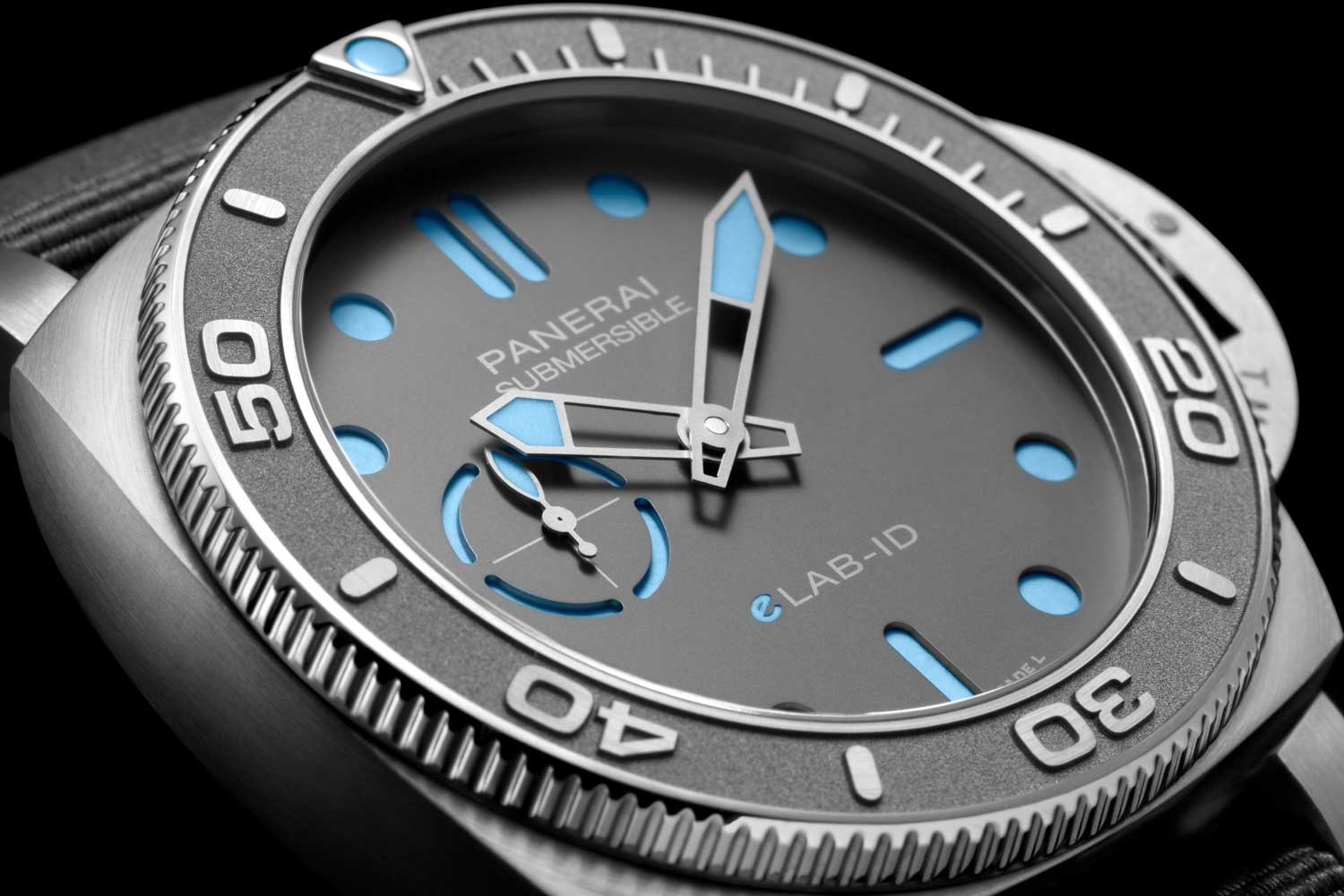 Panerai has now stepped up and taken a remarkable step into this endeavour with its latest Submersible eLAB-ID. The brand states that 98.6% of the watch is made from recycled material. The case is fashioned out of recycled Eco Titanium, the indices and hands feature recycled Super-Luminova, and even the escapement is fully made out of recycled silicon. It is a good looking watch too, with a deep grey dial and a textured bezel that has raised markers. The bezel in particular keeps things interesting and standouts from commonly seen dive bezels. If there was one odd feature on this watch, I would be the font of the “e” in the model name on the dial which makes it look like an Internet Explorer doppelganger. 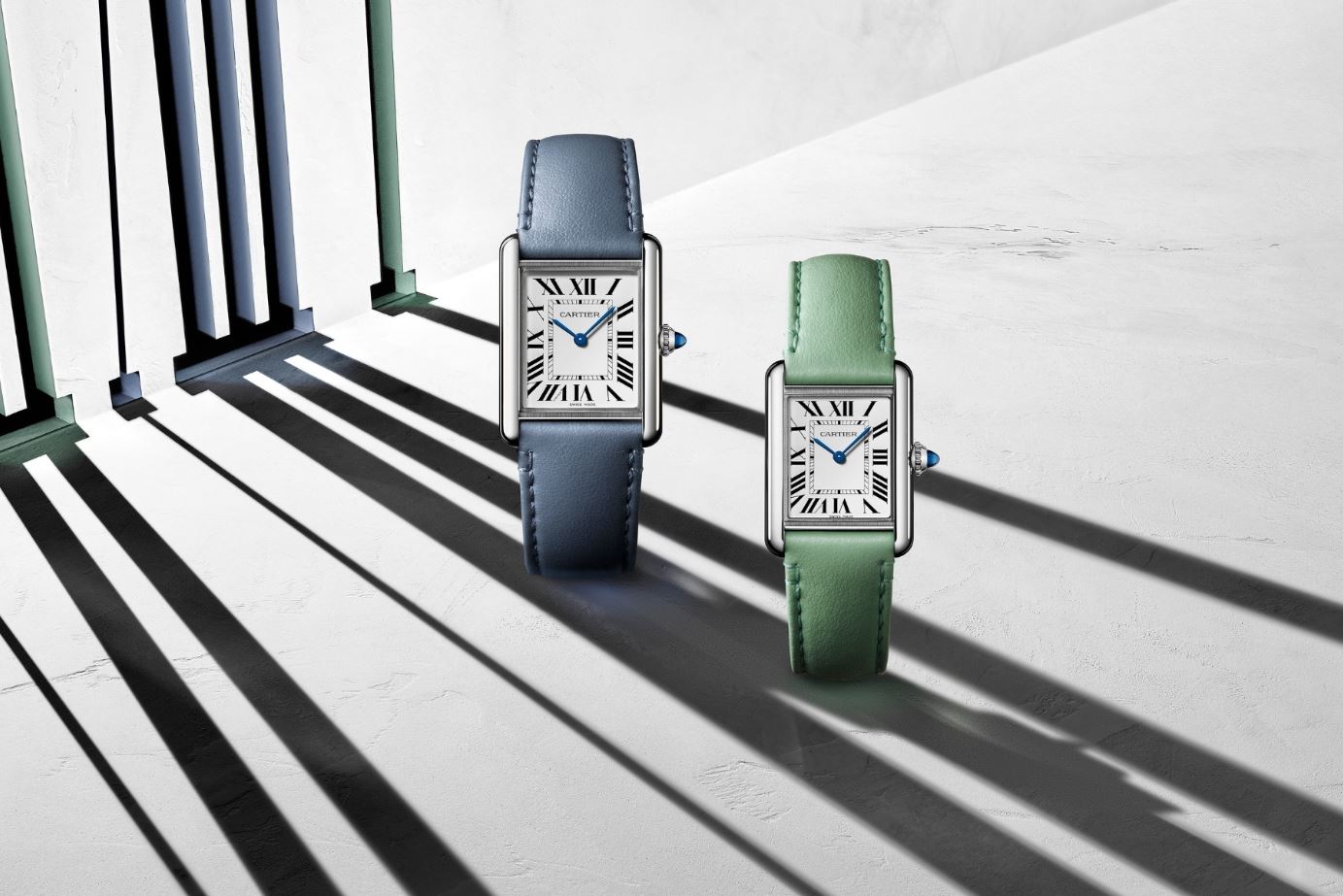 Another brand adding to its sustainability efforts this year is Cartier with its release of the Tank Must line. The Tank Must line is apparently the replacement line to the entry level Tank Solo line. Its design aesthetic more closely resembles the Tank Louis instead of the Tank Solo. What makes it more sustainable though, it’s the SolarBeat Photovoltaic Movements i.e. a solar powered quartz movement. When fully charged, the lifespan of the movement is a remarkable 16 years. What is even more interesting is where the solar panels of sorts are positioned. If you cannot spot them in the pictures, it is because they have been disguised as the Roman numerals on the watch. How cool is that? These watches also come on a plant based leather strap which saves quite a bit of energy and water in manufacturing, and animals of course. Now all I have to do is wait for the yellow gold version to be released.

While green may be all the rage, some brands thought it best to hedge their bets and look for the pots of gold at the end of a rainbow. 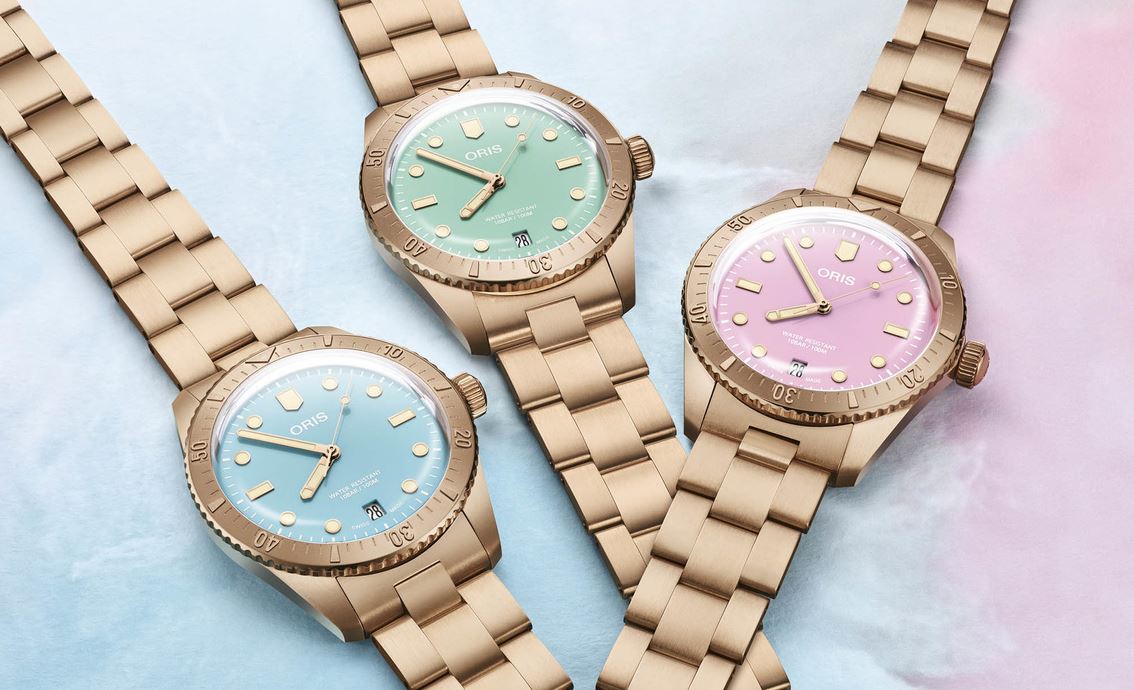 Oris colours have typically stayed rather muted or earthy, with a touch of green or red here and there. Now it has thrown that playbook out and gone full cotton candy with three new releases that feature sky blue, wild green and lipstick pink dials. They all come in full bronze cases and bracelets which is a tad ironic given that the patina would look extremely serious against these fun dials. Then again, perhaps that contrast was full intended. These pieces all come in 38mm cases which makes them extremely versatile options for anyone interested in having some fun.

Zenith has never been one to shy away from colour but this time, it went to whole new level with its Defy 21 Spectrum Series. The five watches in this series are fully decked in diamonds and precious stones to match the five colours: orange, blue, purple, green and black. The movements in these pieces is the El Primero 21, though, let’s be honest, with these beauties like this, nobody would really be looking at the movement.

While I understand the functionality of perpetual calendars, I wont pretend to really understand the mechanics of how they operate. Still here are two that are worth mentioning. 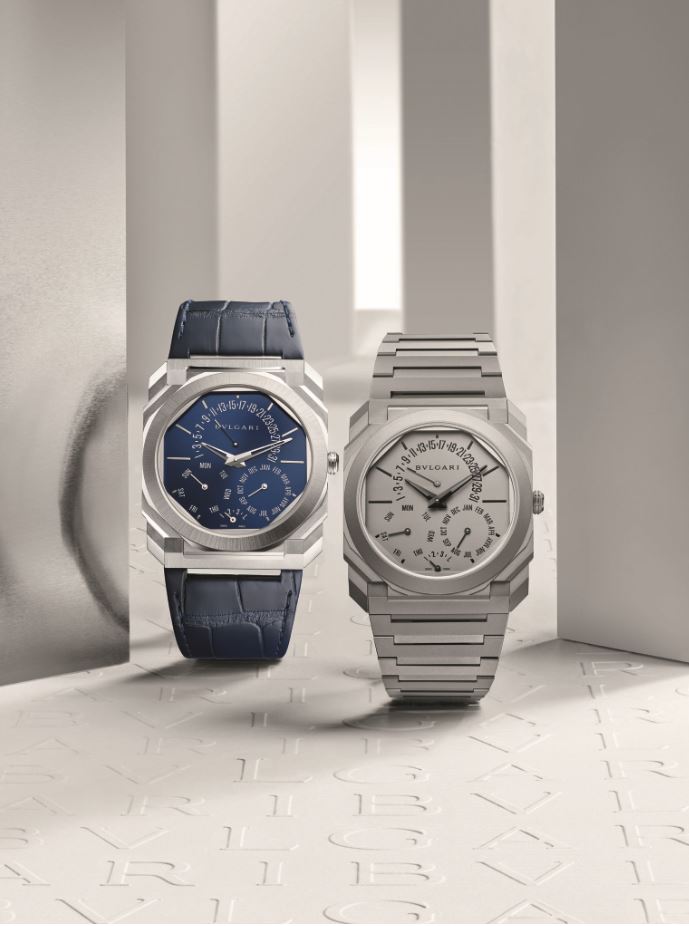 For many watch brands, setting new records are achievements to celebrate. For Bvlgari’s Octo Finissimo, it’s just another day at the office. The brand set its seventh record for thinness this past week, this time for a perpetual calendar. The watch comes in at 40mm and is a mere 5.8mm thick. It is truly an amazing feat given that most time only dress watches do not even come close. 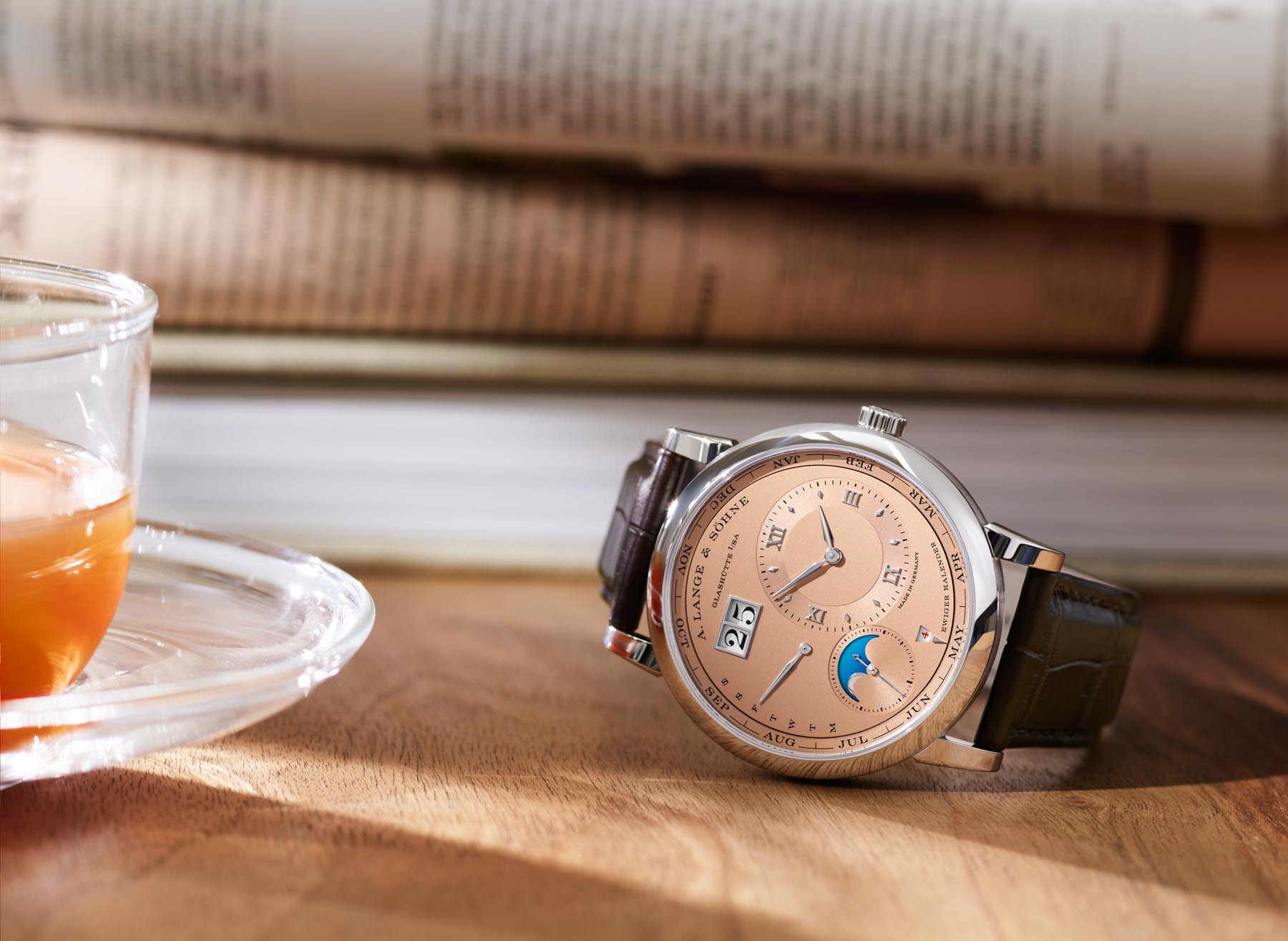 A Lange & Sohne has updated its Lange 1 Perpetual Calendar. While there are many intriguing technical innovations that the brand had to work on to release this, what particularly stands out is how clean the dial is and how true it stays to the Lange 1 aesthetic. For comparison, possibly to achieve the level of thinness it did, the Bvlgari’s Octo Finissimo Perpetual Calendar dial looks a tad more crowded.  In the case of this Lange 1, most of the perpetual calendar complicatins have been pushed to the peripheral so avoid overcrowding the dial. Despite this, the key information from a perpetual calendar i.e. the day and are still clearly legible. The solutions that the brand has found to issues that most would not even consider as issues to resolve, truly amazes me.

The cool, the innovative & the fun 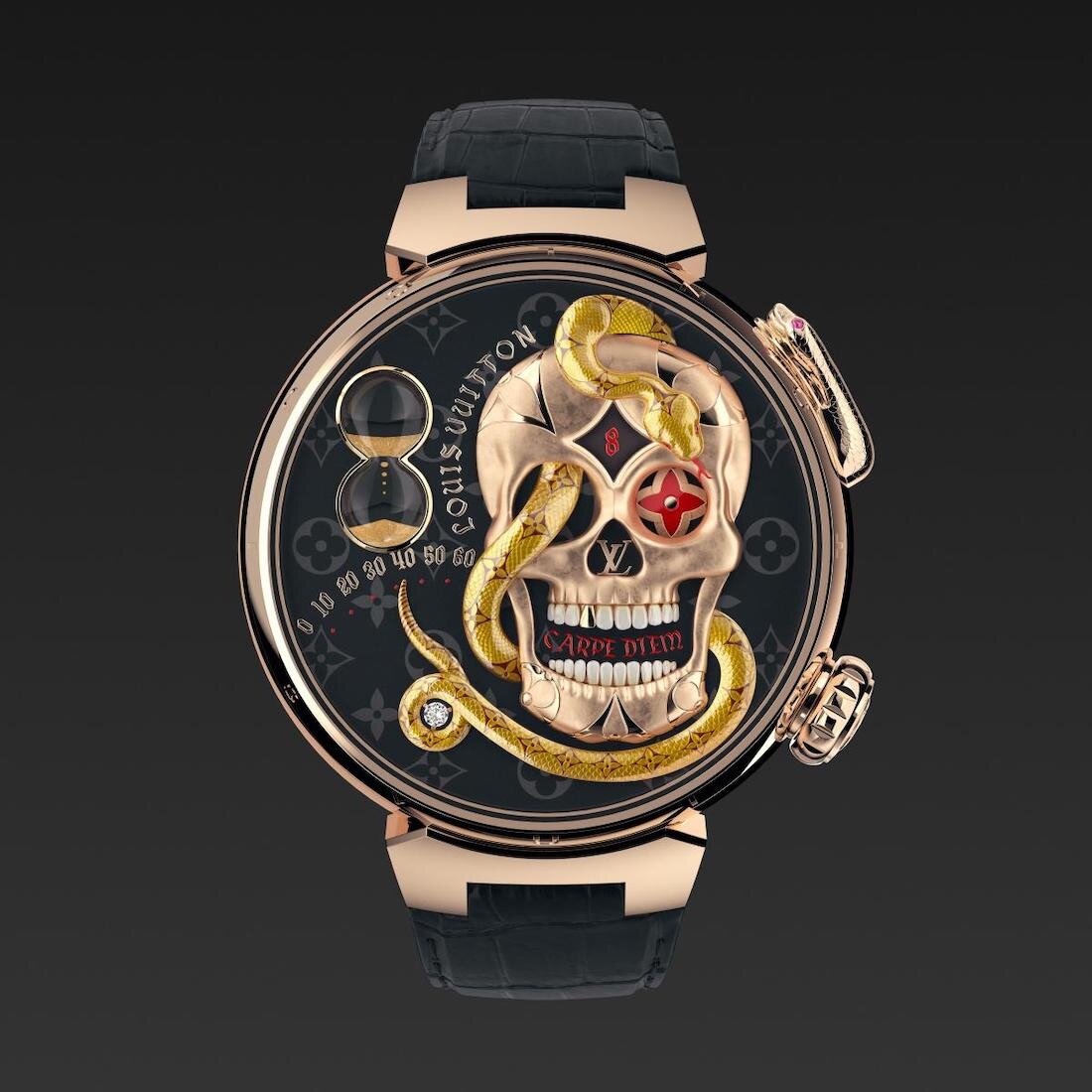 Louis Vuitton does not always design watches, but when it does, we get a beauty like the Tambour Carpe Diem. What is that you ask? It is a watch that features a snake that moves through a skull to tell you the time. Need I say more? Of course the technical intricacies are extremely interesting in their own right given that this is what is known as a true jacquemarts movement, which were originally designed for tower clocks wherein the bells would be struck every hour. For more on how this all comes together in this watch, read this article. 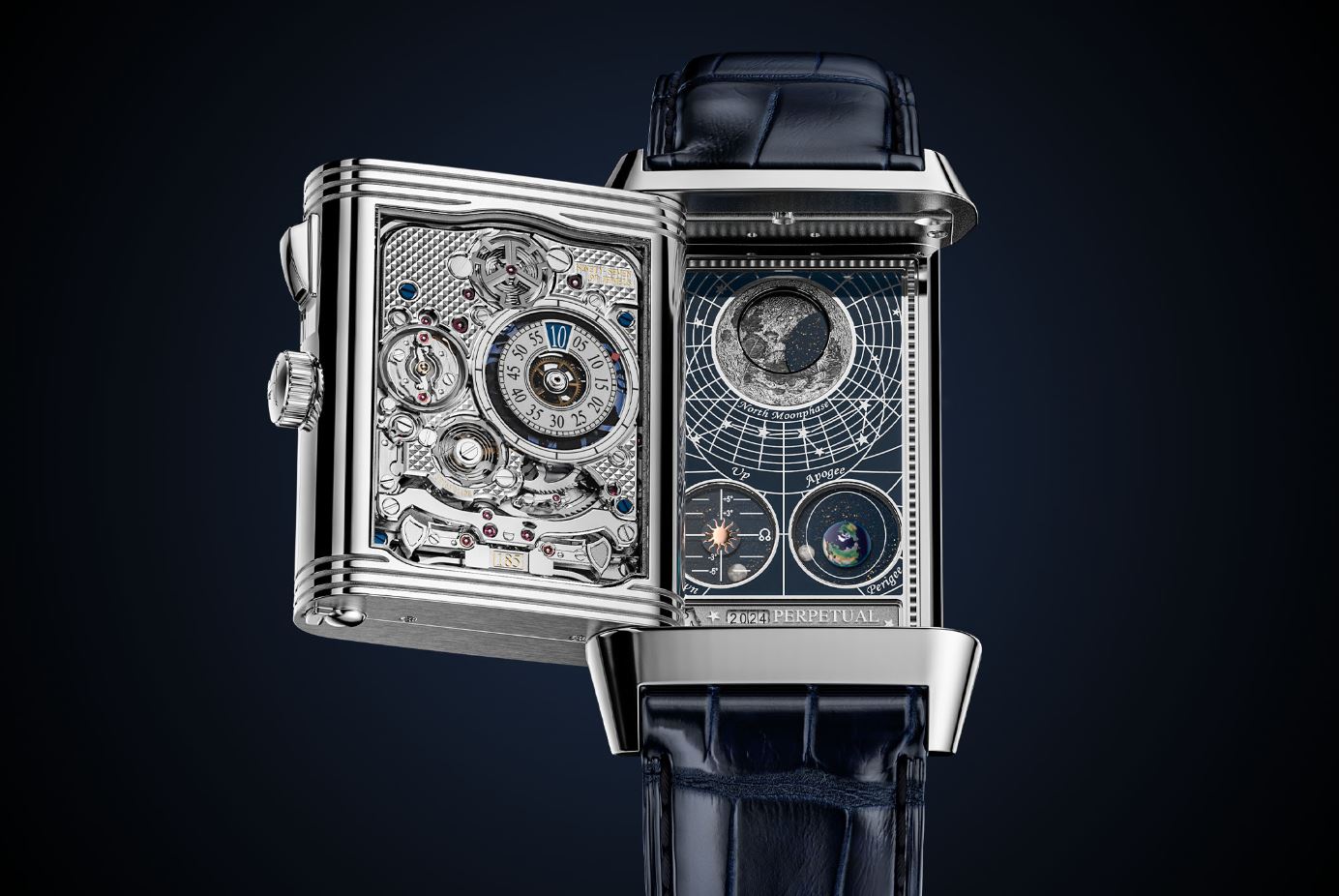 Besides the green dialled Reverso, JLC also released a Reverso Hybris Mechanica Calibre 185 Quadriptyque, which is the most complicated Reverso ever made. It contains an instantaneous perpetual calendar, a minute flying tourbillon, a minute repeater, the synodic, draconic & anomalistic cycles (which basically is the tracking of the moon across its entire orbit around earth) a first in watchmaking, and a display of the age of the moon from the Southern Hemisphere. All these complications are displayed across the four faces of this Reverso which is something that is unique all on its own. For more, check this out. 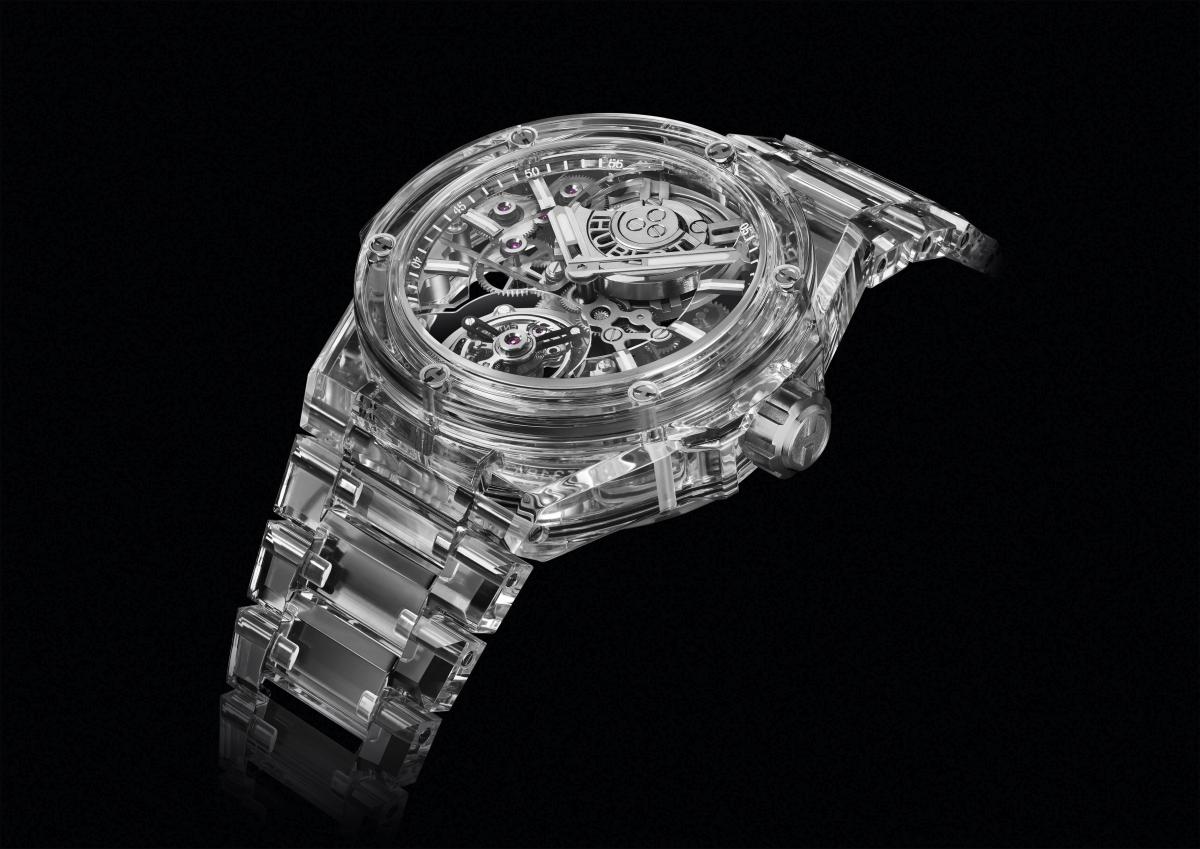 Hublot is well known for being a pioneer is material engineering in its watches, and while it has made sapphire watches before, it has never made sapphire watches quite like this before. In its Big Bang Integral Tourbillon Full Sapphire the whole watch including the bracelet and even some parts of the movement are made of sapphire, a first in watchmaking. It is truly something that as to been viewed in the metal to appreciate. 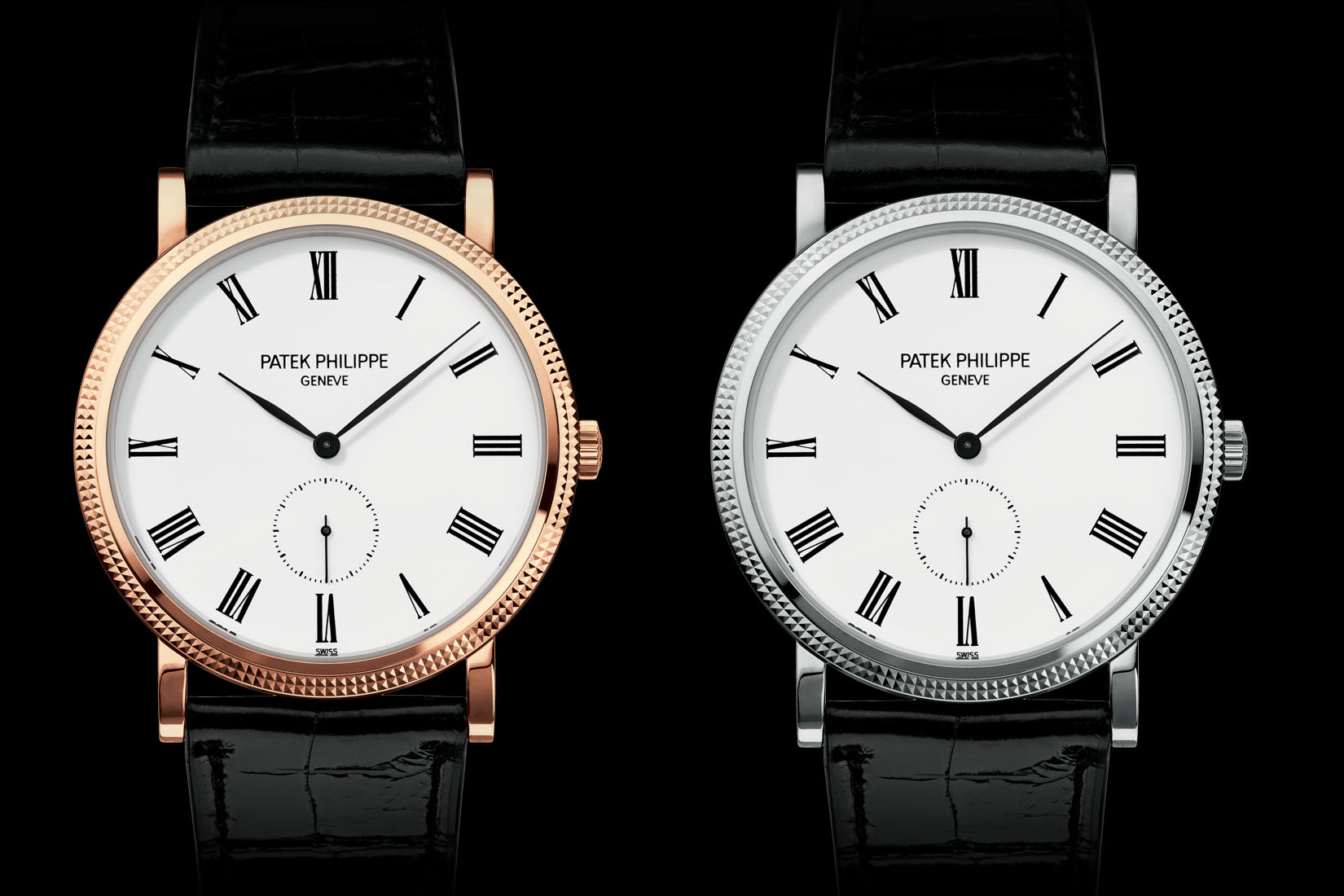 Finally, it is interesting to note while sports watches from Rolex (which are discussed along with all of Rolex’s releases this year here) and IWC are downsizing, Patek Philippe just relaunched its Calatrava 5119 series in 39mm moving up from 36mm. Coincidentally, Rolex did the exact opposite for its Explorer. IWC on the other hand, decreased its Big Pilot from 46mm to a not so Big Pilot at 43mm. It would be interesting to see how brands decide of sizes in the coming years. 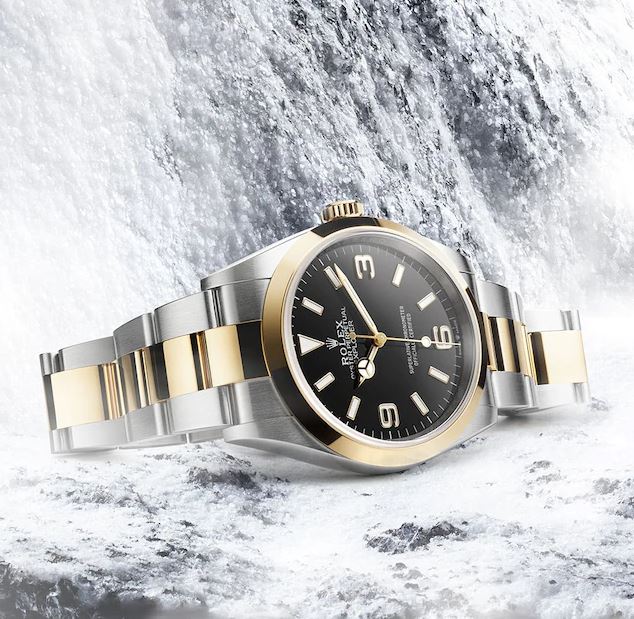 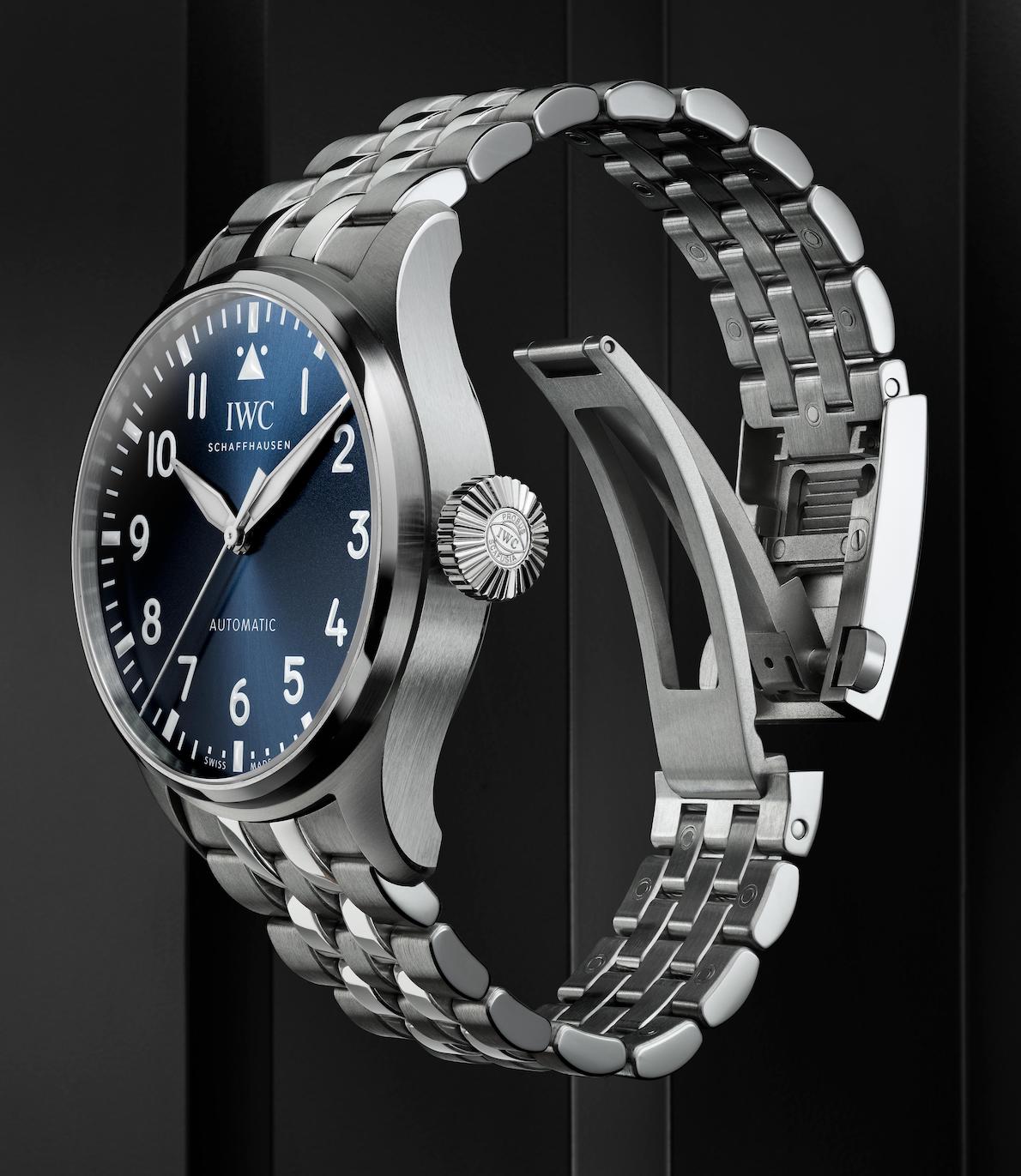