Disclaimer: This is not a guide. These are just my insights and opinions, not facts. I am, by no means an ‘Expert’, if anything a novice. Your mileage may vary. Your opinions may differ and that’s a good thing. I don’t exclusively collect only Vintage.  Don’t blame me if you fall down the Rabbit hole like I have. Join Us….JOIN US!

I blame a mix of nostalgia for my 80s childhood memories of Dad’s Dive watch (I can’t remember the brand, Just it was chunky and tough looking). His SCUBA, Aviation, National Geographic & Yachting magazines (they usually had some sort of watch advertisement). Also the fun of the hunt and sometimes a bargain. For something off the beaten track, something a bit different and unique, with history. Something not too expensive.

It started with a random eBay trawl in the Summer of 2017….. 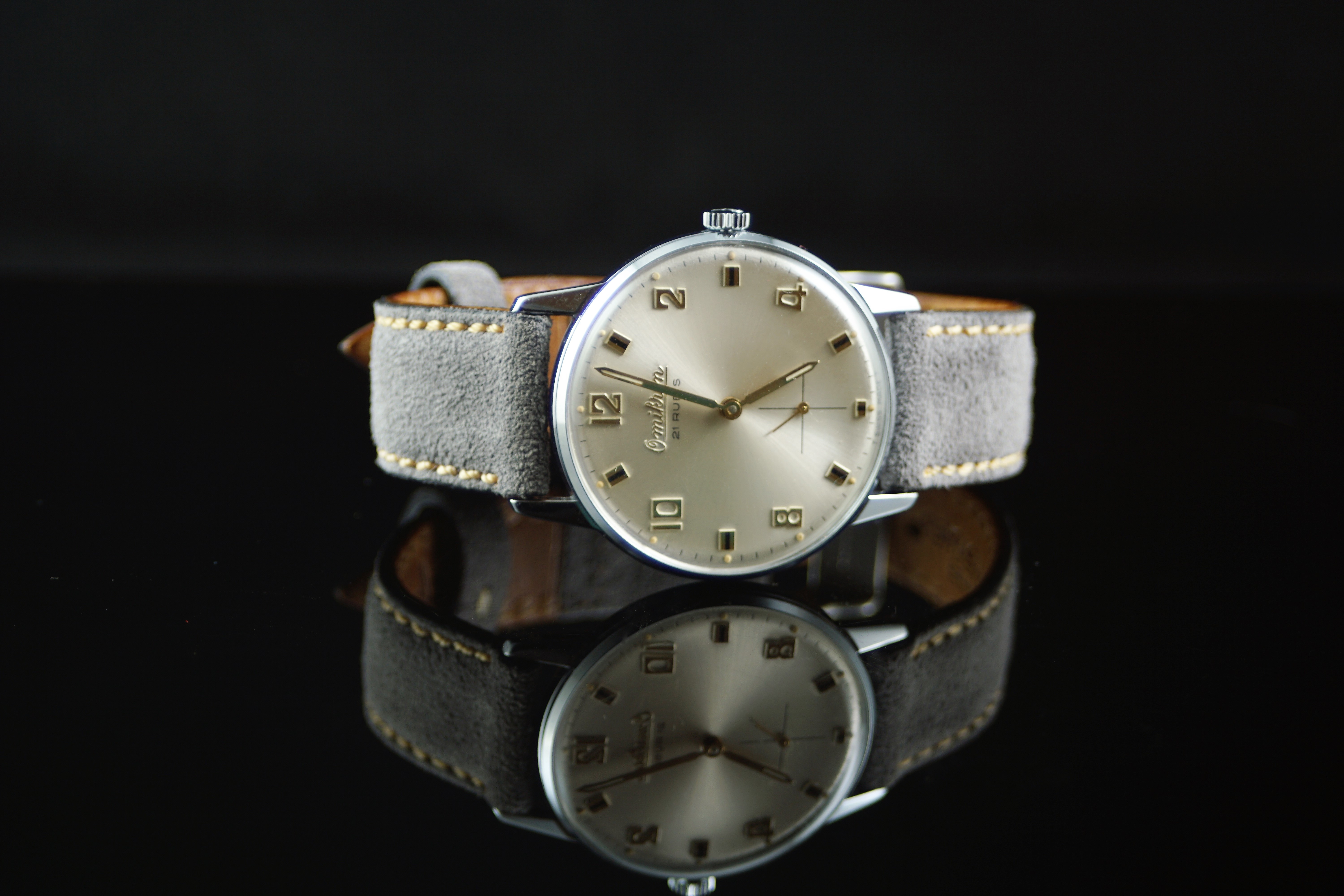 ‘Buy Now or Nearest Offer’. What the heck, make an offer, £45. ‘Offer Accepted, Pay Now’. 12 days later, all the way from Croatia. This little gem appears, and so my journey into vintage began. 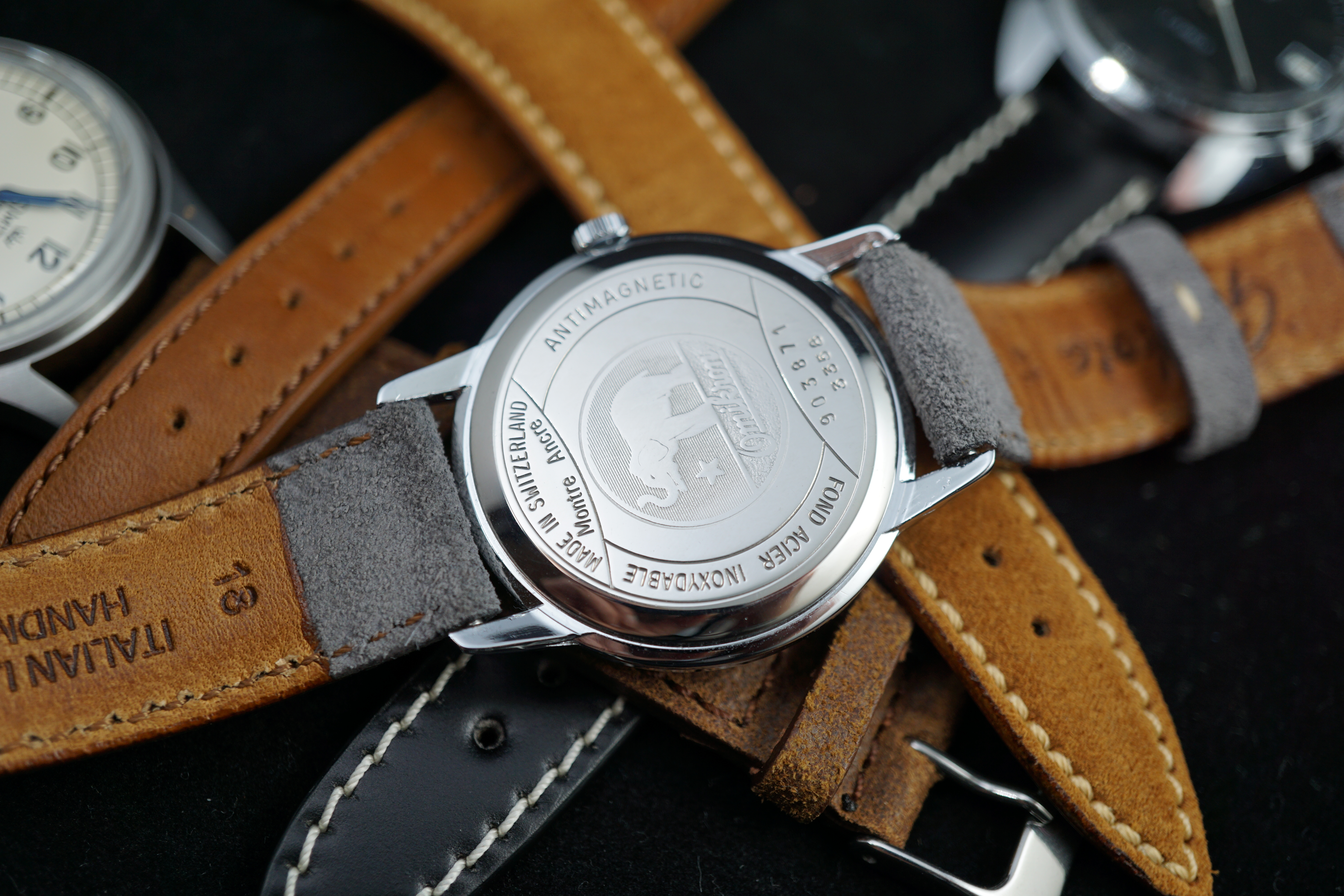 I can understand the reasons why some Watch enthusiasts are not keen on collecting Vintage Timepieces. I guess it’s a bit like buying 2nd hand clothes or a classic car someone has worn or driven this before. What IS that stain? 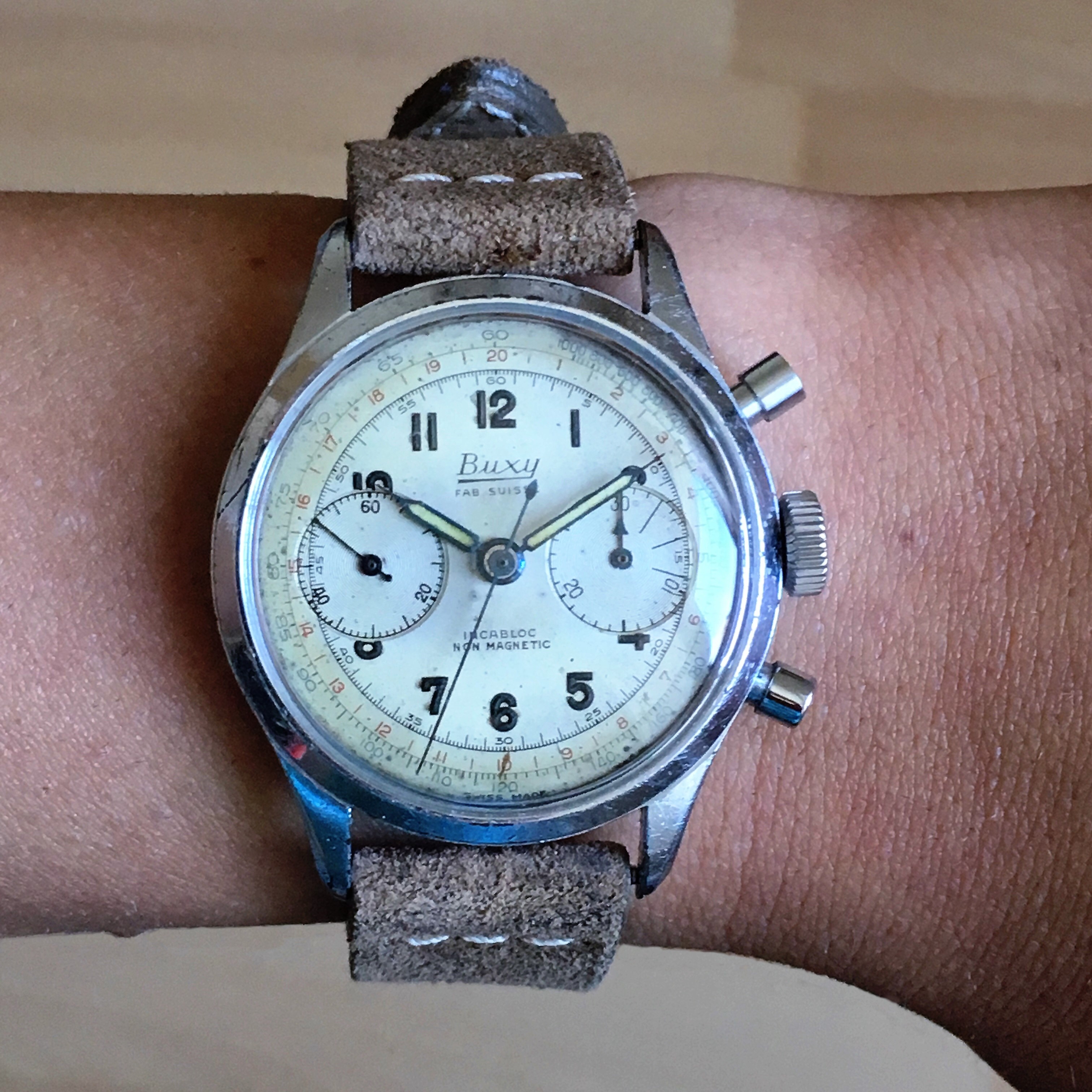 It is a bit of a minefield to negotiate at first, with some hidden costs to take into consideration.  Hey, I’ll admit I have made and will make a few mistakes along the way.  But buying new isn’t entirely risk-free either. Depreciation on certain Brands & models can kill that retail high pretty quickly, not that you’re buying a watch to make money necessarily, because that’s a bad idea. But you know what I mean.

Some point out that they want to buy new because they want to have a fresh canvas to mark with dents and scratches from their lives, rather than have some beaten-up, random stranger’s watch on their wrist.  Or that it gives peace of mind that it is new with a modern movement, guaranteed authenticity, accuracy, reliability, water resistance, warranty AND stickers. It’s the full retail experience of sitting in an AD and getting the bracelet sized and I get it. Maybe its because you have a larger wrist size and a 36mm watch wears too small.  They are all valid reasons. 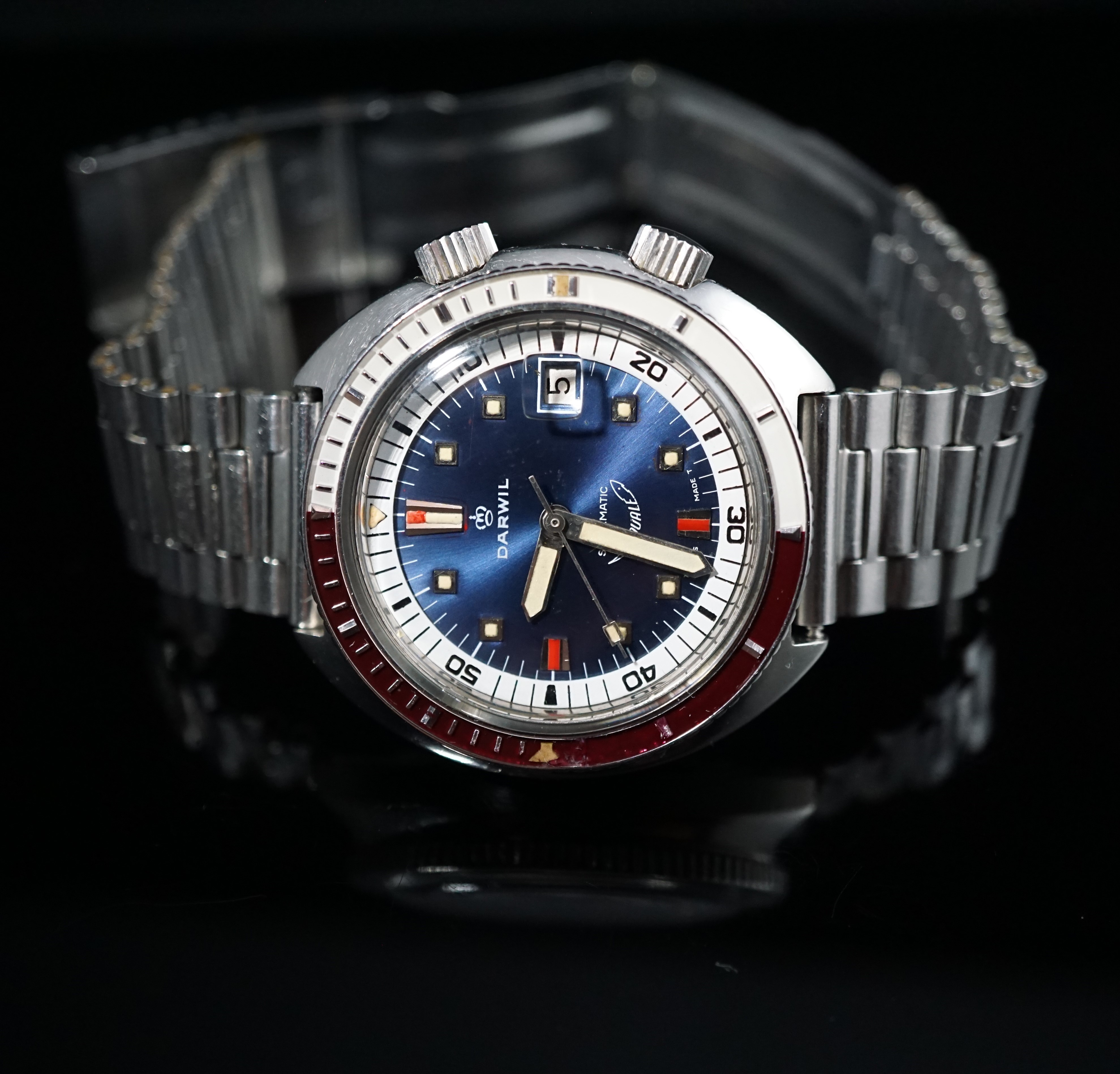 I say that it is almost the opposite reasoning for my vintage collecting.  It’s because the vintage piece has a history that makes it even more interesting.  It’s letting your imagination run wild a bit and wonder at what a piece has been through. Now it’s on your wrist and it’s your turn to ‘imprint’ your ownership.

Some pieces I have managed to glean a bit of history from the previous owner and I have been told stories of diving off the coast of Egypt with it, or it being worn to a wedding.  You might even find a military issued piece that’s seen action.  I also feel a little like a custodian or someone running an animal shelter for injured or elderly pets. They get a bath, a feed and a new chance at life. 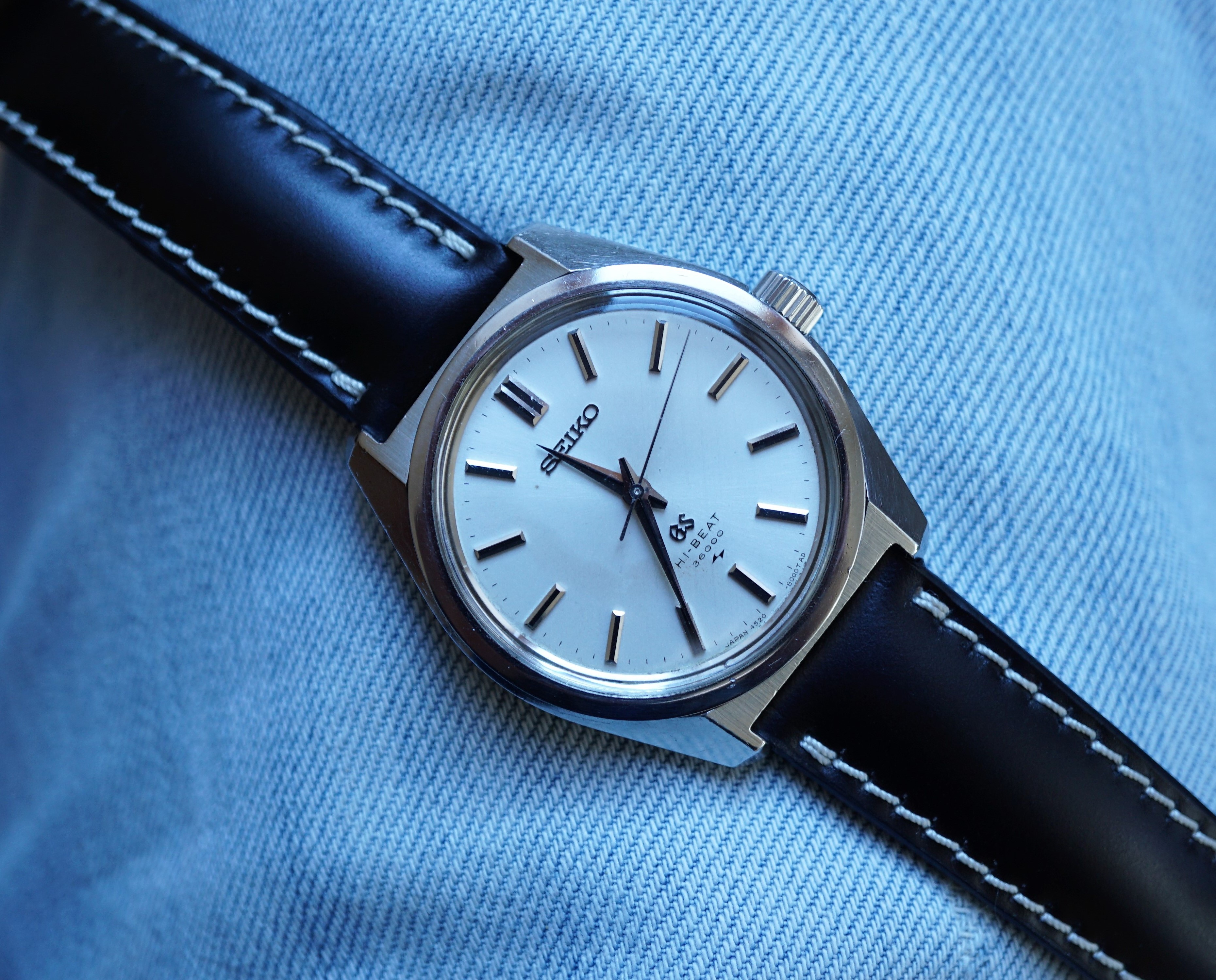 There’s also a frisson of excitement at rolling the dice and taking a chance, especially online.

Something that makes it unique – A dead brand that has an interesting history, maybe military, aviation, maritime connection or was bought up by a current brand. Movements that were used in other more recognized brands; Lemania, Venus, Valjoux, Zenith, UNITAS, even ETA before going on to develop their own in house movements with the likes of the Rolex Daytona, Panerai etc. 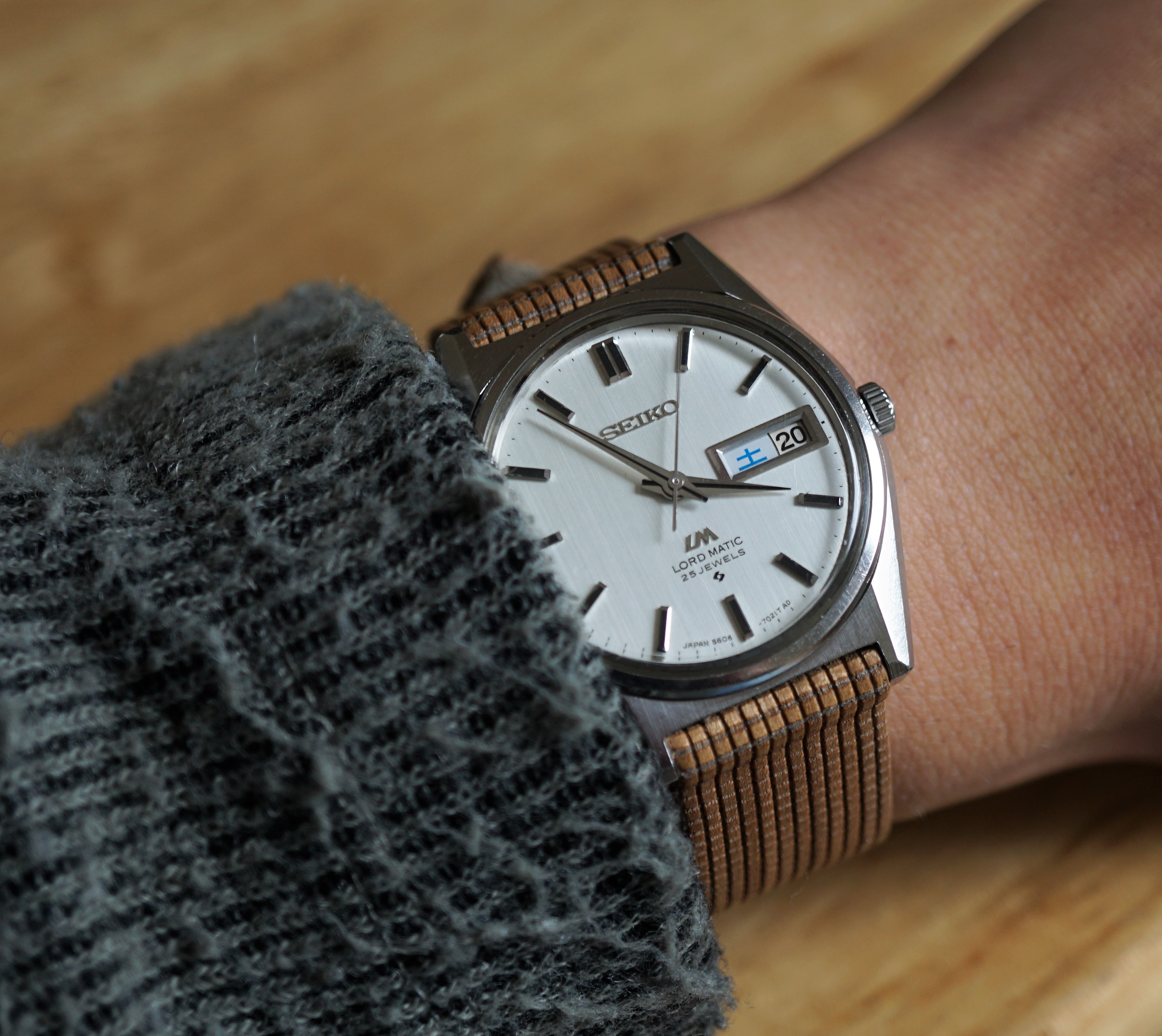 Something that fits a smaller wrist….

I get the feeling that over the last couple of years there is an almost a hipster/trendiness thing to vintage.  Maybe that has influenced me subliminally? I’m looking at you Instagram and YouTube!  However, there does seem to be plenty of demand for the look. I’m sure we all notice a trend for a lot of heritage and re-issues from various big brands too.

Heck, it’s working for Tudor. It’s a good excuse to do an anniversary or special edition and charge that little bit extra. 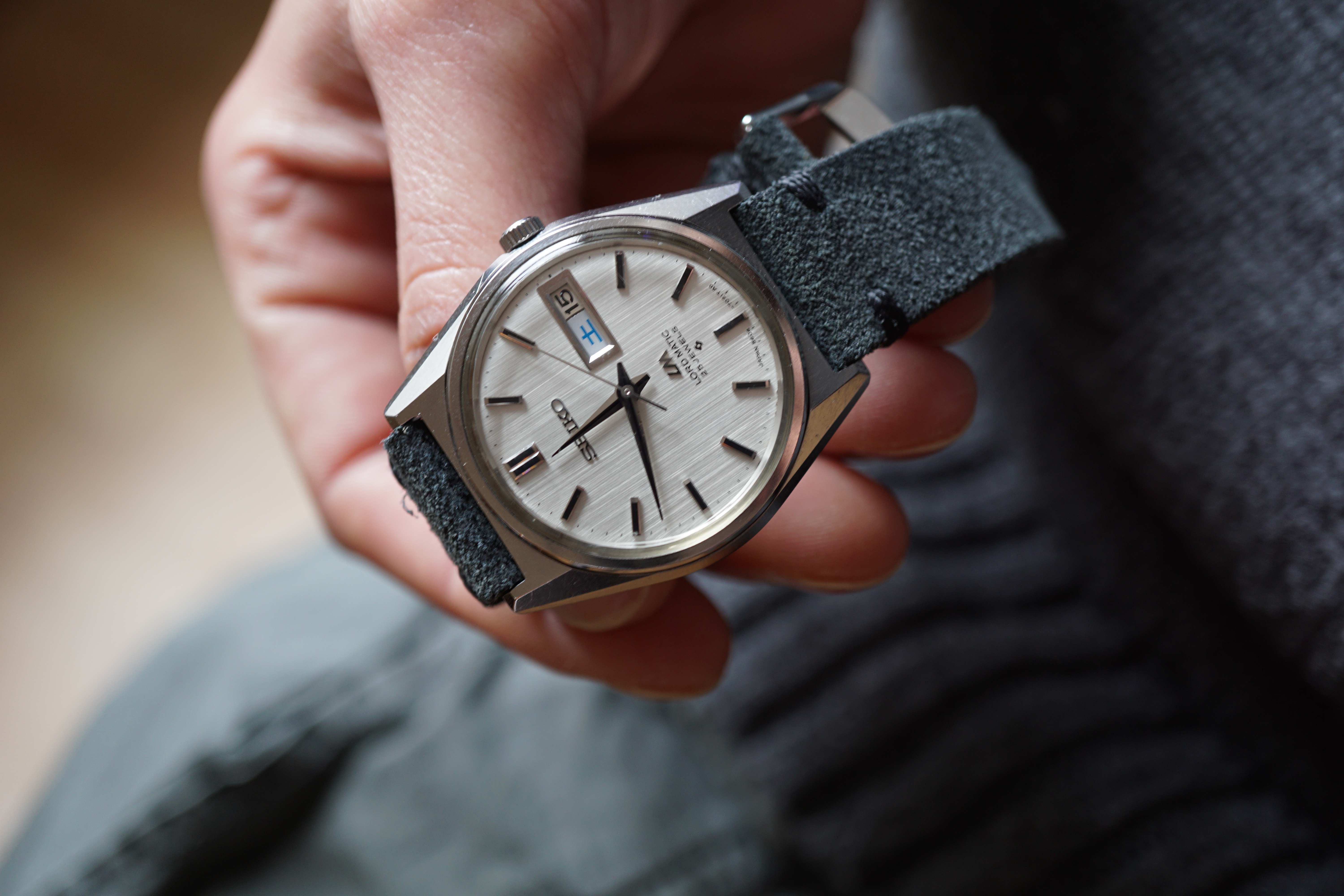 In some cases, they are priced even more than what you can pick up the original.  I can see why that could be considered the best of both worlds (retro look with modern reliability).  But even they lack that mystery and romance of the vintage piece. You can get vintage that has been looked after by a careful owner and it can still maintain accuracy and water resistance to be an everyday watch.

So that’s some of my thoughts, I’d be interested in your thoughts

@Rickticktalk is trying his very very hardest to not end up down the rabbit hole, but his vintage Vulcain is calling him telling him he needs friends