50 years later we are rolling in anniversary pieces.

We have already had Zenith and Omega show some of their hand, with more to come and we are expecting Seiko to roll out the anniversary waltz music at Baselworld this March, with something celebrating the anniversary of quartz and the first automatic chronograph…take that Omega.

The 50th anniversary of Concorde.

As someone who used to live under the flight path of a small Scottish airport where they used to train pilots via touch-and-go landings, I have both seen and heard Concorde up close. Many a school exam was extended due to the earth-shattering noise that would happen every few minutes when the touch-and-go landings were underway.

I can attest to the phenomenon that was Concorde, the only thing that compares to it that I have seen is a Vulcan Bomber doing tight manoeuvres and I can imagine that the only other thing comparable would be to witness up close a rocket launch at Cape Canaveral, something very much on my bucket list.

So first Bremont launched their limited edition Concorde range, the “Supersonic”, now followed by Christopher Ward  with the catchily named C8 M2.04 Limited Edition (which only makes sense if you already know that Concorde maxed out at Mach 2.04)

But which of these two most lays claim to celebrating the spirit of Concorde in a watch? Let’s take a look.

We will set the steel as our benchmark for this compare and contrast. 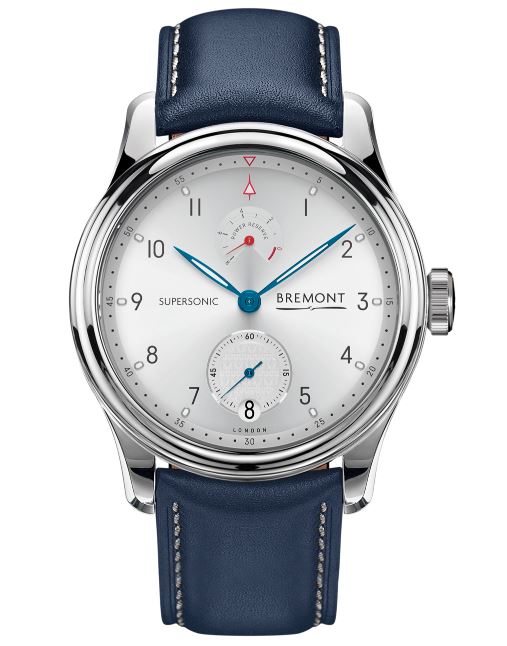 Its Concorde credentials are largely threefold, a ring of material visible in the crystal case back, which comes from Alpha Bravo the last Concorde of British Airways fleet stationed at Heathrow. A plate over the hand-wound movement that features a Concorde silhouette and a watch box that looks like the nose cone of the plane and opens when you push down the nose in a way reminiscent of the operation of the nose during takeoff and supersonic flight.

Next up the Christopher Ward.

A limited edition of 50 pieces total.

Price £2495, 44mm hand wound SH21 calibre, 27 jewels, 5-day power reserve, with the power meter at 9, constant seconds at 6 and date at 3, featuring a DLC case with a black and yellow strap and buckle. 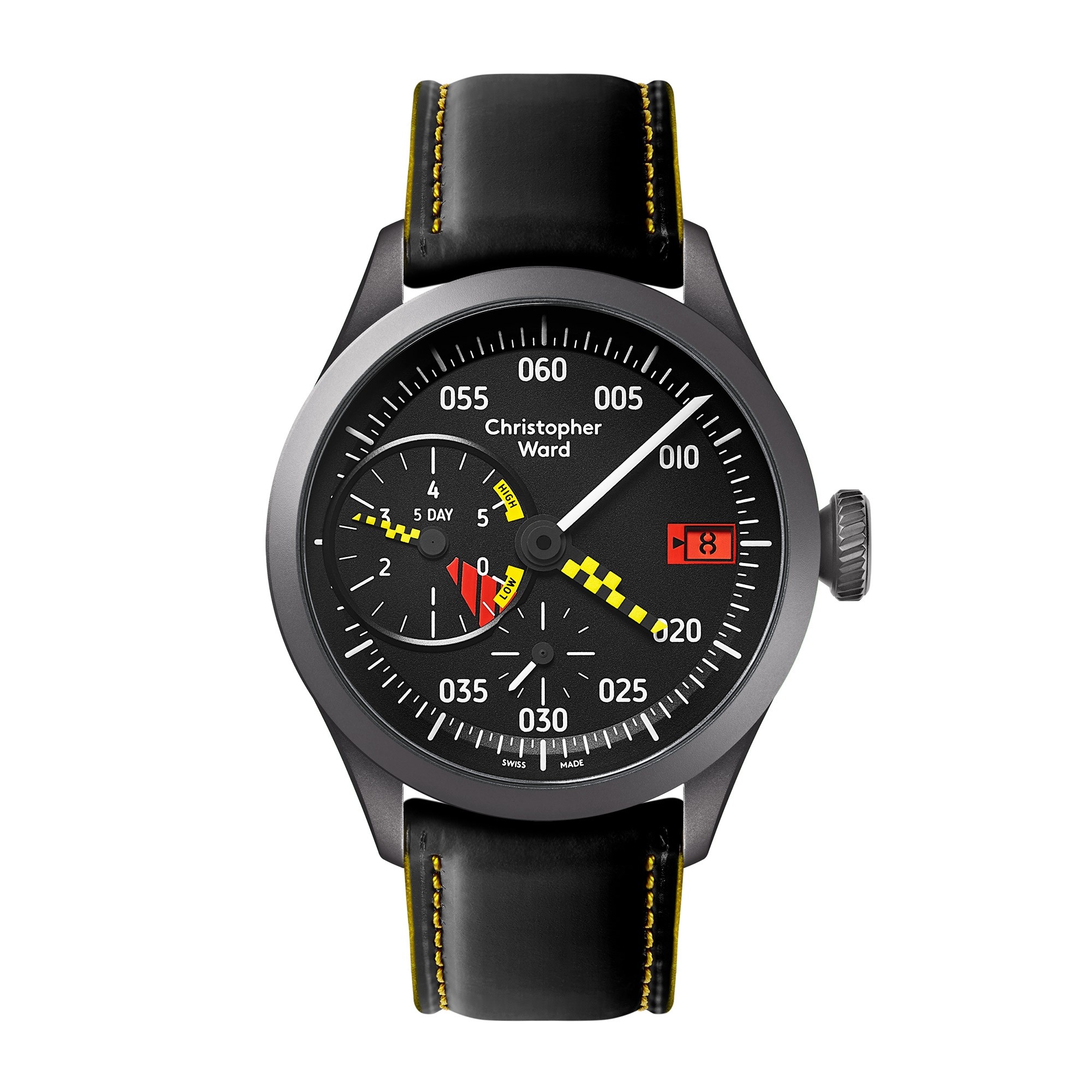 Its Concorde credentials are largely that it also has a ring of material, specifically from the rudder of Concorde  G-BOAB which millions will have seen live and on the TV flying in formation with the Red Arrows for the Queens Golden Jubilee, and an hour hand reminiscent of the console dials on the plane marking max speed.

So how to compare these two watches?

They are both very different in wrist presence despite the similar theme. The Bremont is very much more of a dress watch while the CW is much more sporty in its styling.

So we will call it a draw here, they are not competing in the same market in terms of looks.

The Bremont sells its self as being and I carefully quote:

“…the Supersonic Stainless Steel has been hand assembled by our skilled watchmakers at Bremont’s workshop in Henley-on-Thames. The Supersonic contains Bremont’s first-ever manual wind movement…” 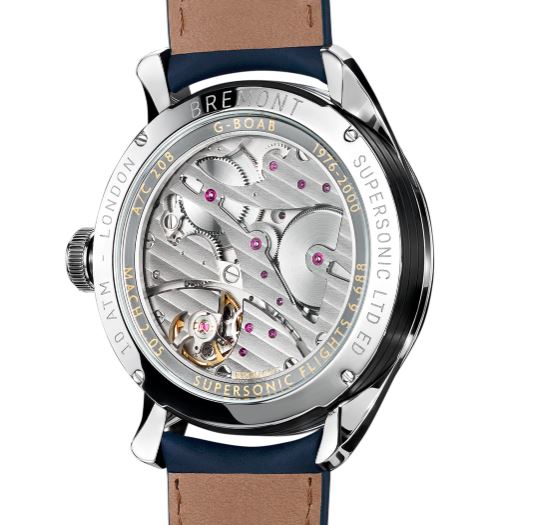 Now I have to say when I first read this I thought excellent, Bremont have now actually produced an in house movement and it is manual wind, great. However, that is not what this quote means, it simply means that this is just Bremonts first-ever manual wind watch as everything else they have ever made has been automatic. It is not an in house movement.

So my reading of this was wrong, what did your first reading of it make you think?

Anyway, this movement would appear to be a La Joux-Perret of some sort, though happy to be corrected with La Joux-Perret being part of the Citizen Watch Group.

The CW, however, is definitively an in-house movement, at only 5 days rather than 8-day power reserve it is not matched in that department to the Bremont. However, at the moment the value of in-house movements trumps that of bought in modified ones so until everyone wakes up and realises this may be a false economy in a generations time I give this round to the Christopher Ward. 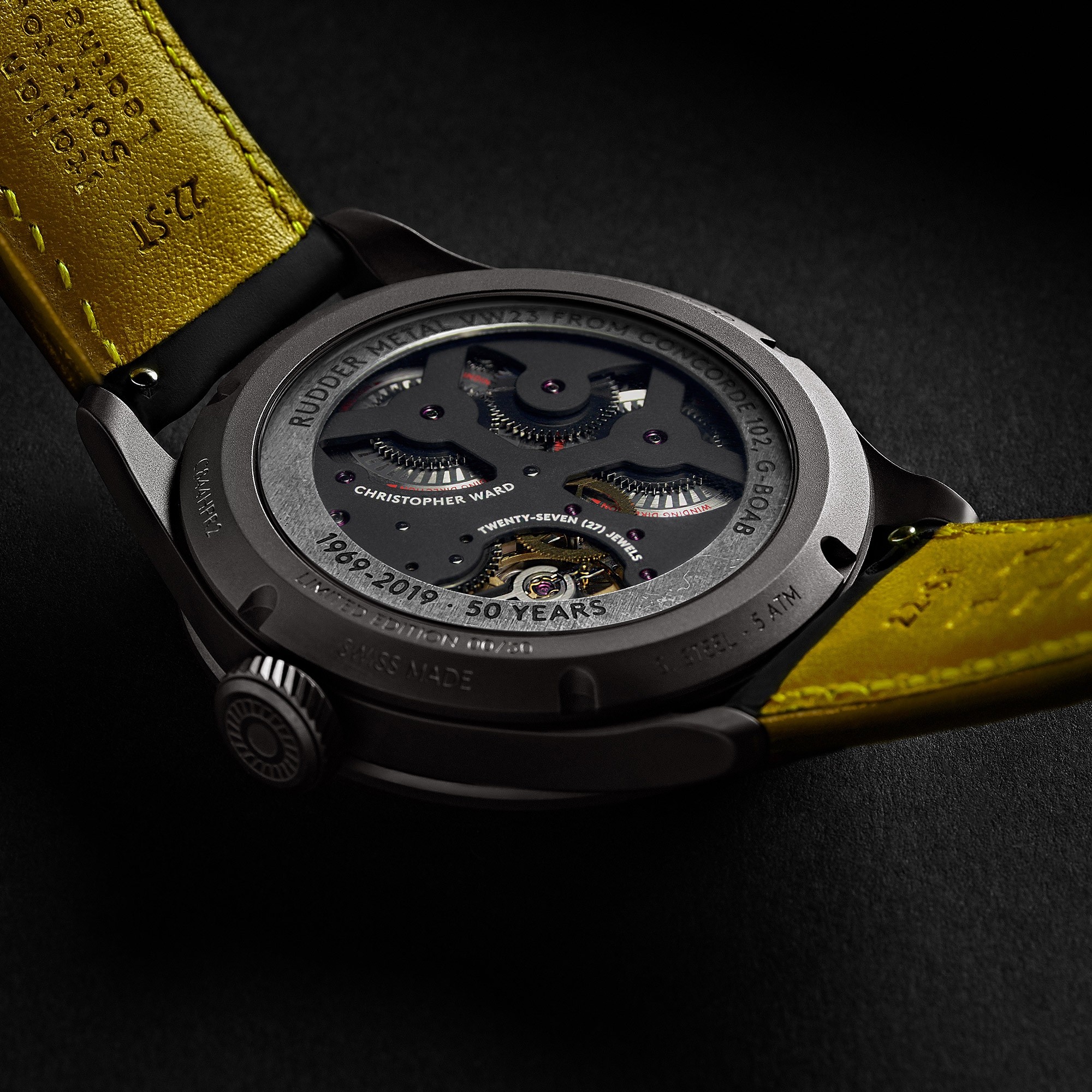 These are both expensive watches, make no mistake of that but at nearly 3 times the price, the Bremont simply is trying to bat in a league that I just don’t think it is in yet. Yes i am sure both brands will completely sell out of all stock and as a result Bremonts per watch return will probably make more money than CW, but as the owner of a Bremont limited edition myself which cost me new half of what this limited edition is going for it has put me right off trying to step up to this piece.

So this round goes emphatically to CW.

So which seems to engage with the theme of Concorde the best. It is a tough one to call as they are such different watches, but on reflection looking at the whole package, and more specifically the Bremont package I think it has to go that way. The packing which would work magnificently as a desk ornament looks and feels gorgeous and all the other Concordiness of the watch is well coordinated. 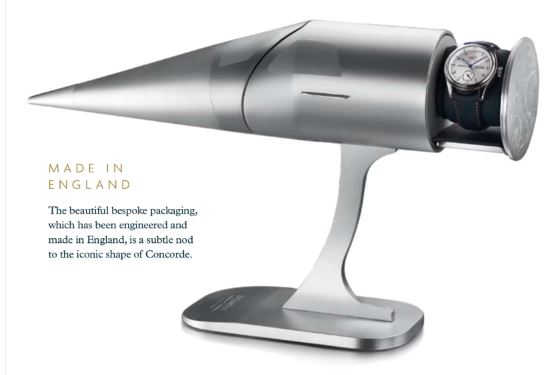 How will these two watches perform in the long term?

Well, you are not going to get a discount on either of them at a Bremont AD or online with CW so it is going to be a layout of either the guts of £9.5K or £2.5K.

Neither of these watches could be considered “investment” pieces, they are unlikely to outperform putting money into the FTSE or even just an instant access bank account, but neither do I think you are going to lose your shirt on them over the long term.

There is no doubt in my mind that initially, the Bremont will take a very big hit, probably 60% of MSRP if you wanted a quick sale to a Watchfinder type company. I would guess that it will start to climb closer to its original MSRP over the long term if the brand continues to develop well under the steady hand of the English Brothers.

Some Bremonts are starting to look like they might appreciate generally but the Supersonic is at such a value proposition in steel that it may never get there.

The CW is a more interesting debate. It is a very limited supply at 50 but is expensive for a Christopher Ward watch which you would normally think of as being £1500 cheaper on average. I do not know of any watches in various CW ranges that have attracted close to the original MSRP in the pre-owned market but they are only really readily available in the eBay sphere so data is not easy to come by. But could this be the first CW to break the duck? I think it could well be, and given time you could certainly be looking at original MSRP for this model in 10 years time.

So in the Residual battle between these two is it a draw? and could the overpriced Bremont gain its initial depreciation back and the CW be the first of this brand also to get back to its more competitive MRSP? I think both are very possible, so a draw it is.

So it is a 4-3, but closely fought victory to Christopher Ward on this occasion, but the battle of the two large British watchmakers continues.

However, because there is always a, “however”, as these watches are all about Concorde and its speed and the transatlantic travel why on earth did neither Bremont or Christopher Ward think to put a frankly obvious and most usable GMT complication on either of these? 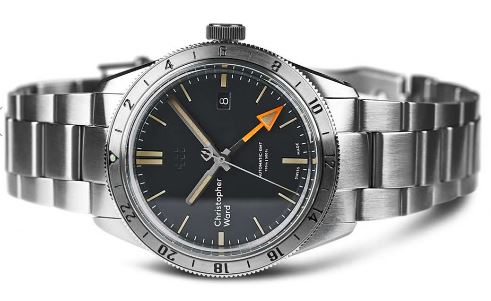 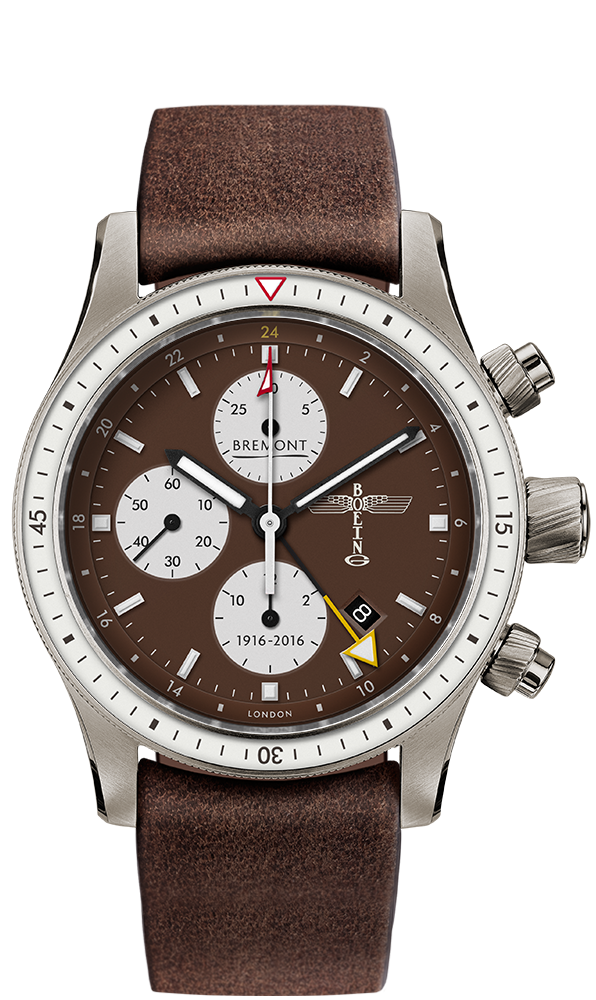 A simple 12 hours bezel could have easily been suitably added to the CW and both brands have experience with a 24-hour hand.

A collective missed the opportunity, but both are nonetheless lovely watches.

@RikkiWatches is yet to be converted to either seems well on his way with CW, but if Giles or Nick would like to get in touch he is all ears