Jody lives in Australia but don’t let that fool you, he’s as Scottish as you or aye!

Leaving our sunny shores for the land down under, Jody moved from Ayrshire many moons ago but its only been fairly recently that he has taken his passion for pocket friendly timepieces online and to an amassed audience on YouTube that now totals well over 50,000 subscribers.

We caught up with Jody at the start of 2019 to wish him a happy new year, congrats on reaching the 50,000 sub milestone and to find out how his channel came to be. 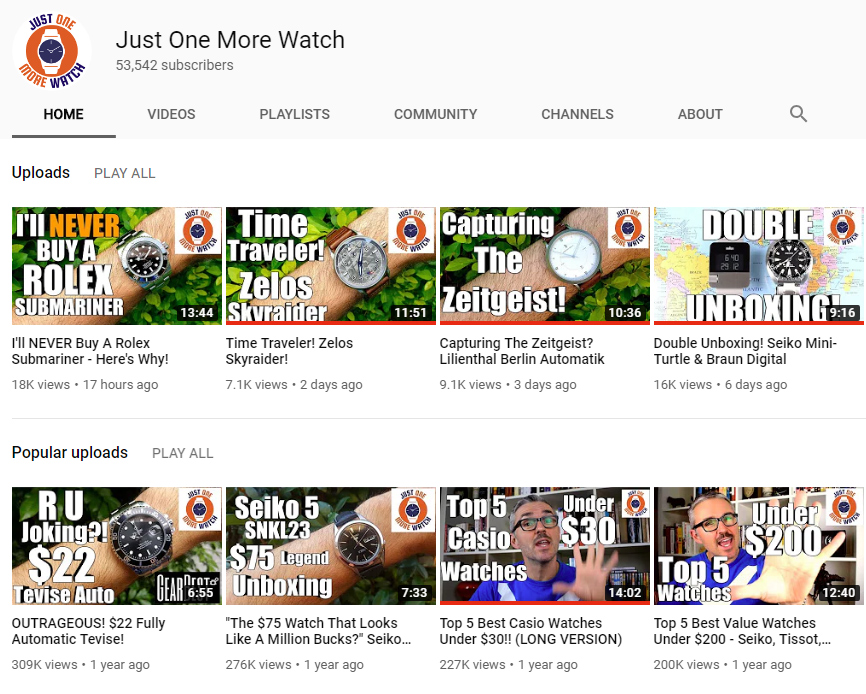 “I, like many others I’m sure, had been watching a lot of TGV’s vids and had amassed quite a collection. In late 2016 I bet my girlfriend that I could record a couple of videos and have 2500 views by Christmas. So I recorded a couple of pretty awful vids about a $15 Casio and the Orient Bambino and got pretty close to the 2500! I then decided to make more in early 2017, and decided to buy a Ginault Ocean Rover. It was getting lots of press at the time, some good, some bad, and Ginault were offering a decent discount if you made a review.

I ended up making 4 vidoes, and that in a lot of ways set the tone for much of what I still do; more in depth reviews, accuracy reports, affordable alternatives/homages, value for money etc. In June 2017, I bought a DSLR, a decent mic, some softboxes, ‘branded’ as JOMW, showed my face for the first time and the rest is history!

There was no one focussing purely on the value ie sub-$500USD end of the market at that time, so I thought that could be my niche. It is very much aligned with my character, always looking for a bargain! And I do play on my Scottishness a bit, I still wear the Saltire t shirt for the price point Top 5/10 videos. There are some amazing watches available for not a lot of money, and I’m well aware that YouTube has global reach. Not everyone has or wants to spend a fortune on watches, the channel hopefully shows them some great watches that are affordable and achievable.” 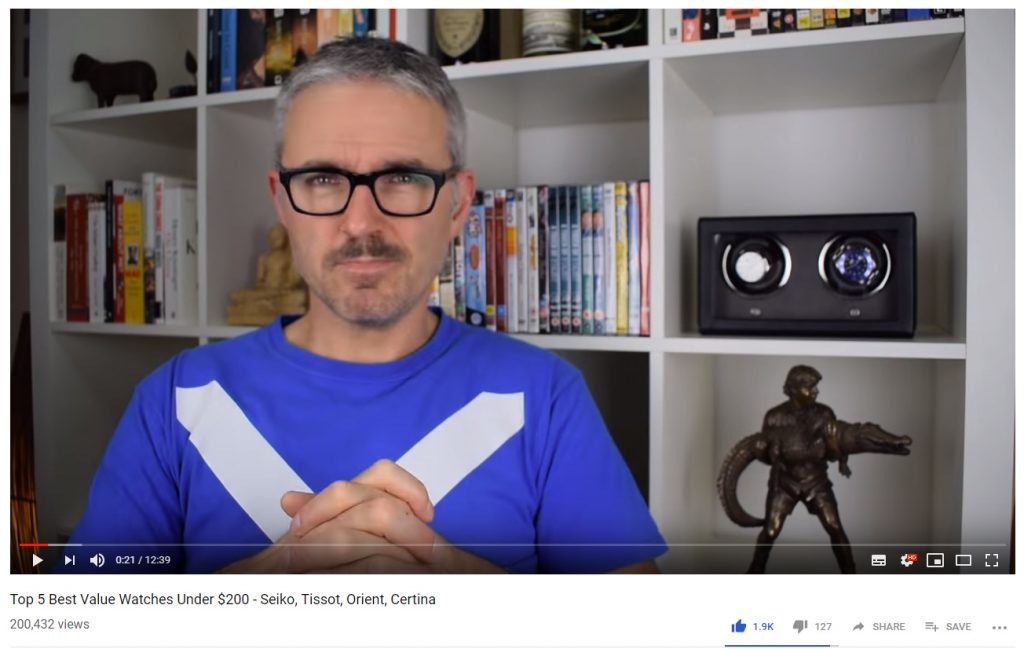 Looking back on Jody’s early videos you can see the love has been there from the off and although its true the presentation has been polished a touch and the equipment used has increased the production values, the core entertainment and knowledge is still there in droves so dont just stick to the most recent releases on his channel, make sure and go for a deep dive – no pun intended.

So where did things begin and what got you interested in humble horology?

“I have been into watches since I was a young lad in Ayrshire. My dad has always been a watch lover, taught me to tell the time early, and has always been an influence on my love of watches. My two favourite watch brands are Casio and Omega. The first watch I can remember owning was a Casio, I bought a NOS one recently of the same model. My dad gave me an old Omega of his when I was 16 and I loved it. I wore it to school thinking I was all that! I still have it, along with a few more recent Omegas and lots and lots of Casios.

I’m not really sure if I would have done much differently to be honest, I would probably used more clickbait than I have! Sorry, but it is a sad fact of life that it works! I have come out of my shell a bit since I started, becoming more confident and more animated, so I would probably try and get that going earlier than I did. But my advice to anyone thinking of starting a channel is go for it! Be yourself and have fun with it.

When I started, I thought that there was maybe 20k subs, max, in the budget niche, so the growth of JOMW has been a very welcome surprise. Hitting each 10k milestone is pretty special, and to hit 50k just before Christmas was great. I guess that I wanted to create a formula, to have something that was repeatable and sustainable, that’s why I don’t do a lot of rant/opinion type vids. If I keep plugging away, unearthing bargains as well as reviewing Seikos and more mainstream stuff, who knows, I might end up with one of those Play buttons things at some point!” 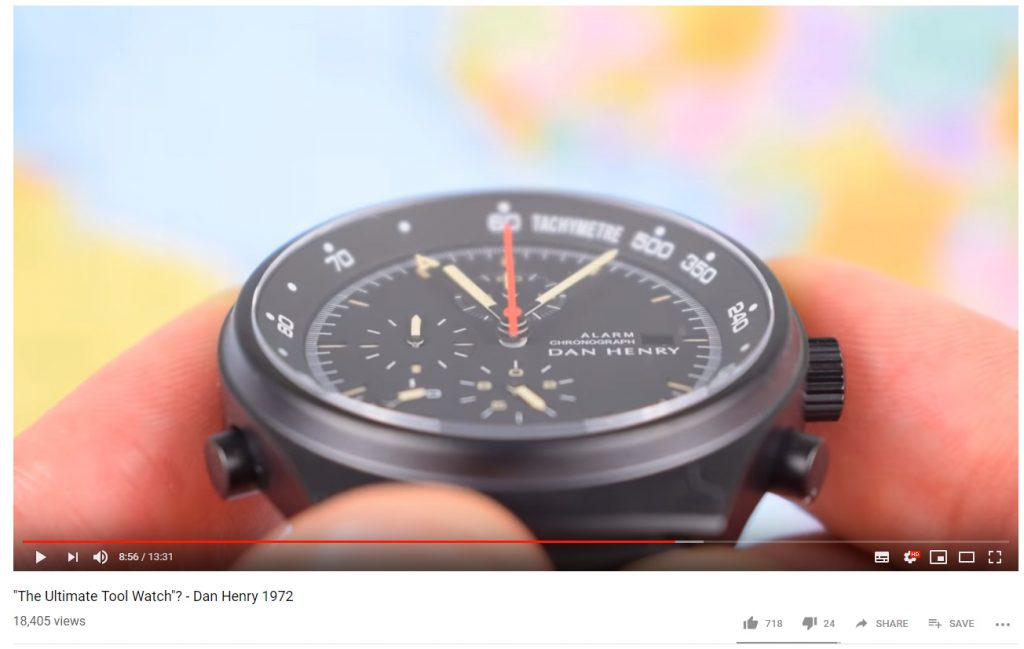 With the subs count climbing on a daily basis and the momentum of the channel we can see that shiny plaque heading down under soon enough for Jody.

So there is obviously a ton of behind the scenes work that goes in to producing videos for YouTube, if someone was wanting to give things a go themselves what sort of work load should they expect once they get things running and up to speed?

“Videos can take maybe 2-3 hours for a simple one, a quartz for example, or up to a whole day for a big Top 10 video with heaps of editing involved. But obviously, I spend a lot of time researching and thinking about watches, and the angle I’m going to take for particular reviews. It is just me, fairly obviously, no crew or anything.

Some of the newer guys have brand managers etc, but that isn’t going to happen to me any time soon! I might move to a bigger flat this year to get my own room for YouTube. Watch Chaos! My wife hates the way they have taken over the house, but she is over all pretty good about it.”

“Watch goals for 2019? Well, I just splurged on a (lightly used) Oris 65 bronze bezel, and did say that I’d add a Nomos Club 38mm if I can find a good one with display caseback. And probably a square G-Shock. And probably another 20 watches over the course of the year if I’m being honest. Haha! Its a form of madness.”

So, there you have it! The story of how an ex pat is taking the wide watch world by storm on YouTube, serving up small budget sizzlers and the occasional prime cut from the bigger brands. Check out the Just One More Watch channel on YouTube below and get subscribing.

A massive thanks to Jody for taking the time to answer our questions too, it is greatly appreciated and when you’re next visiting your homeland the Irn Bru’s are on us!

Visit Jody and Just One More Watch on YouTube – https://www.youtube.com/channel/UCzllztCuniR_83Fwuz70xcg