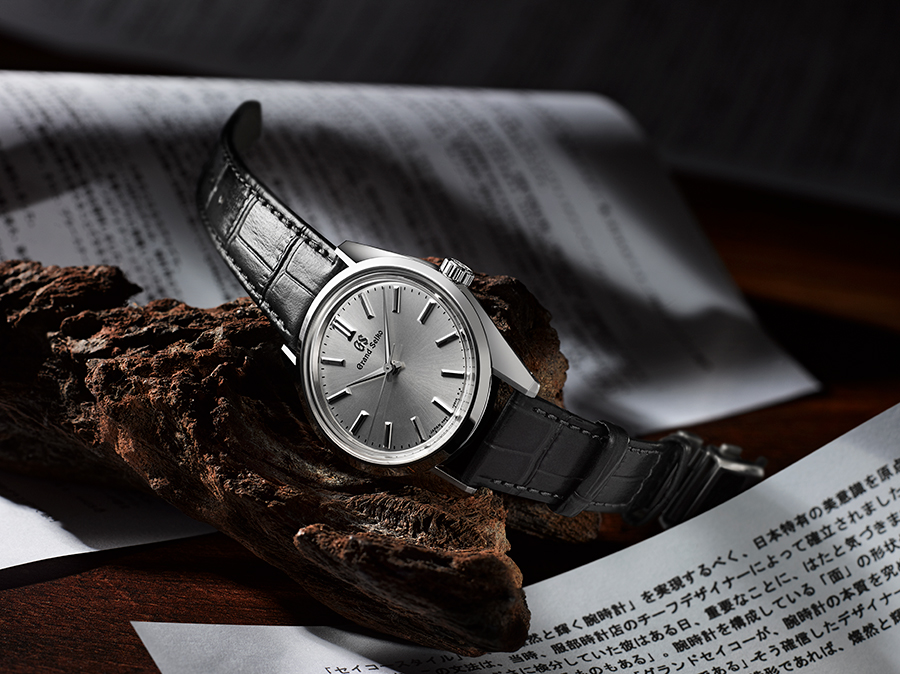 It has been an interesting year for Grand Seiko fans since the brand is both celebrating the 55th anniversary of its iconic 44GS case design, along with the continued rollout of its Evolution 9 design language and the use of its newest 9SA5 Hi-Beat and 9RA2 Spring Drive movements. What we have been getting so far this year has been some sort of dual release tracks for the 44GS case watches and the Evolution 9 with the new movements. 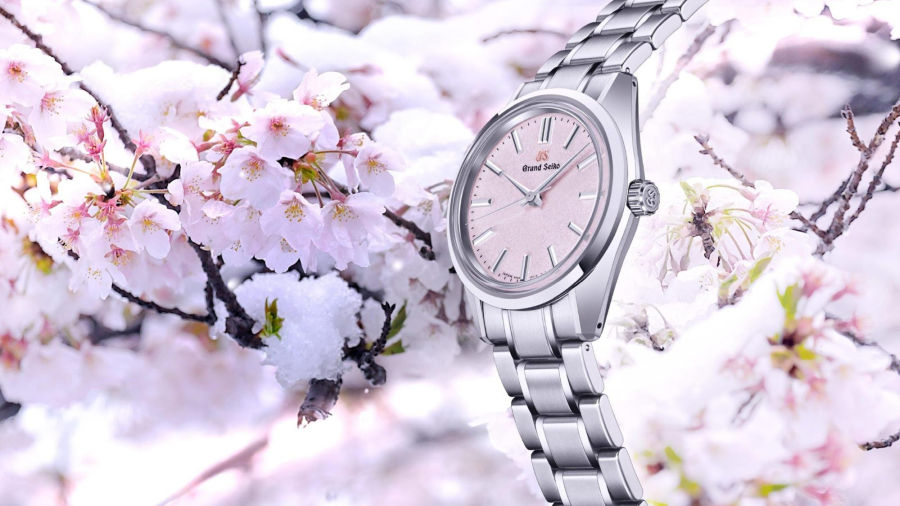 Amidst its potentially overwhelming slate of releases, one watch stood out because it presented the first time the brand has introduced one of its iconic case designs in a different size, a smaller size to be specific. The model I am referring to, of course, is the SBGW289, which shrunk the usually 40mm 44GS case into a 36.5mm case and used a beautiful pink “Shunbun” dial on it.

The SBGW289 now has two new models with the same case profile to accompany it in this unique collection. While on one hand, it would have been nice to see the SBGW289 stay as a one-of-a-kind tribute launch, on the other hand, it was always inevitable that Grand Seiko introduced more pieces in the collection, which is good news for those with smaller wrists. Let’s get into it. 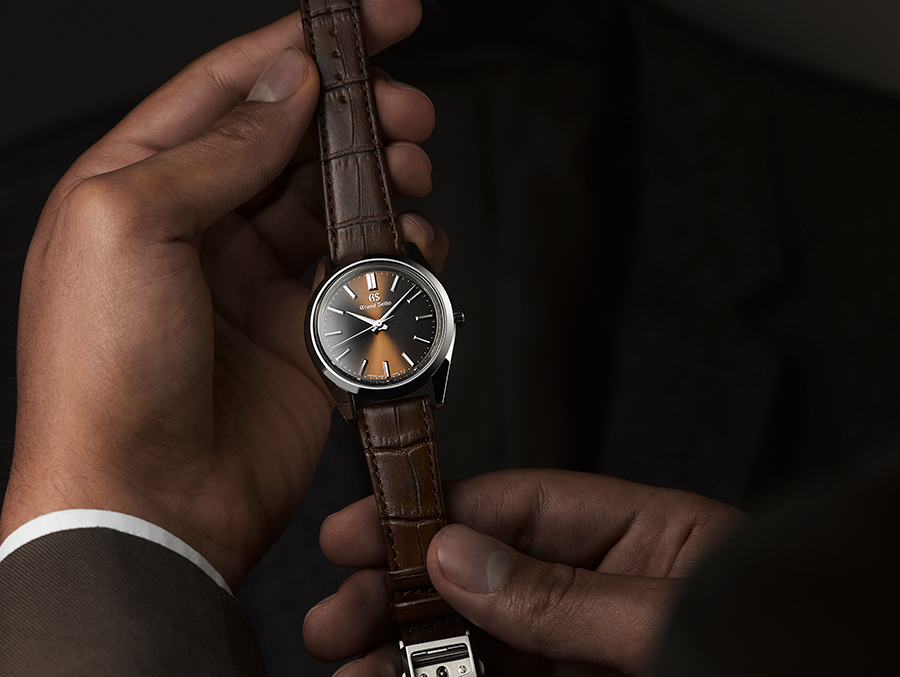 As mentioned earlier, the two new models feature the same case profile as the SBGW289, and that is a good thing in my opinion. The 44GS case was designed to show Grand Seiko’s design philosophy, particularly by contrasting light and shadow and that comes through brilliantly through the sharp angled surfaces, especially on the lugs. The only drawback, to me at least, is that those same flat angled lugs cause a 40mm case to have a much larger presence than the dimensions may suggest. That becomes a non-issue on the 36.5mm case size of the SBGW291 and SBGW 293. The shorter lug-to-lug measurement also makes the watch a lot more wearable if you have a smaller wrist. All that without losing any of the wonderful light play that stems from the brand’s renowned Zaratsu polishing. 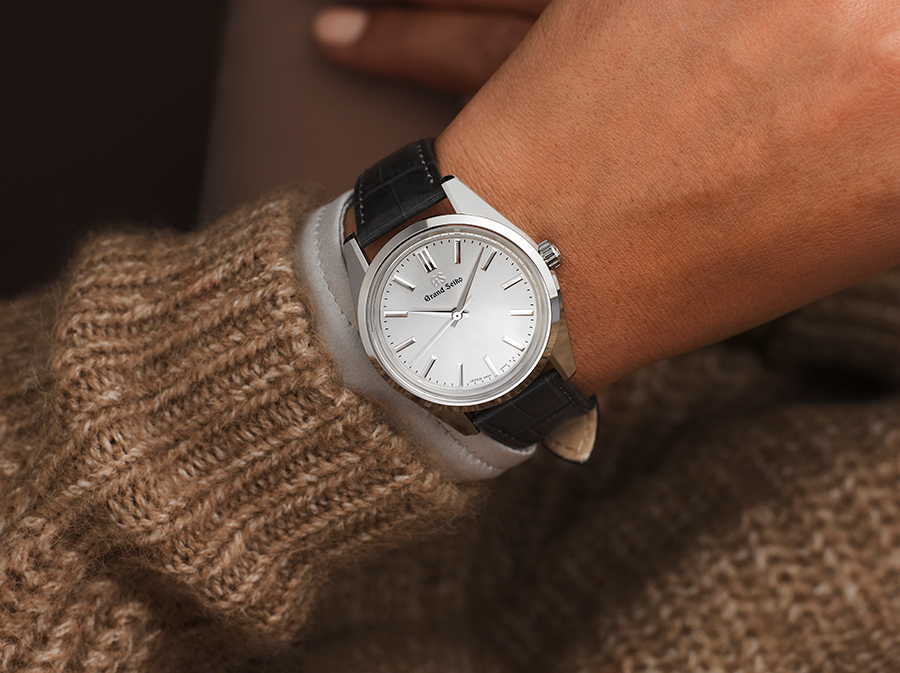 Of course, as with any Grand Seiko, the defining feature will be the dials. The SBGW289, being the first model in the series was perfect since it hit the ground running with a stunning evocative Shunbun pink textured dial. In contrast, the SBGW291 and SBGW293 are far more restrained and understated, but that isn’t a bad thing. On the SBGW291, we have a simple silver sunburst dial that takes inspiration from the air “Kuuki”. The SBGW293 on the other hand, draws its inspiration from the earth, with a sunburst brown dial. I cannot be certain if there is a more specific inspiration description since it was not included in the press release, but I would be rather happy if there wasn’t. 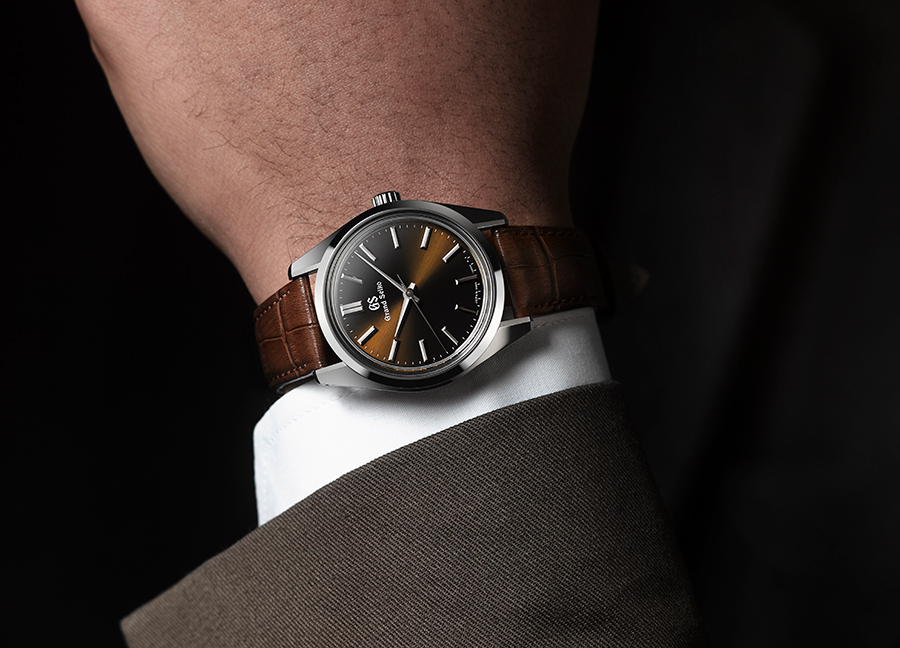 While some may find these two new dials boring, especially the SBGW291, personally, I think they are rather classy. They will never steal the limelight like some of Grand Seiko’s other recent releases, they will stand the test of time, and are rather classy in my opinion, especially on the 18mm alligator straps that they come on. As proof, if you compared the SBGW291 to the very first 44GS model from 1967, you would notice that the two are remarkably similar, in design and colors as well as in case size with the original measuring 37mm. 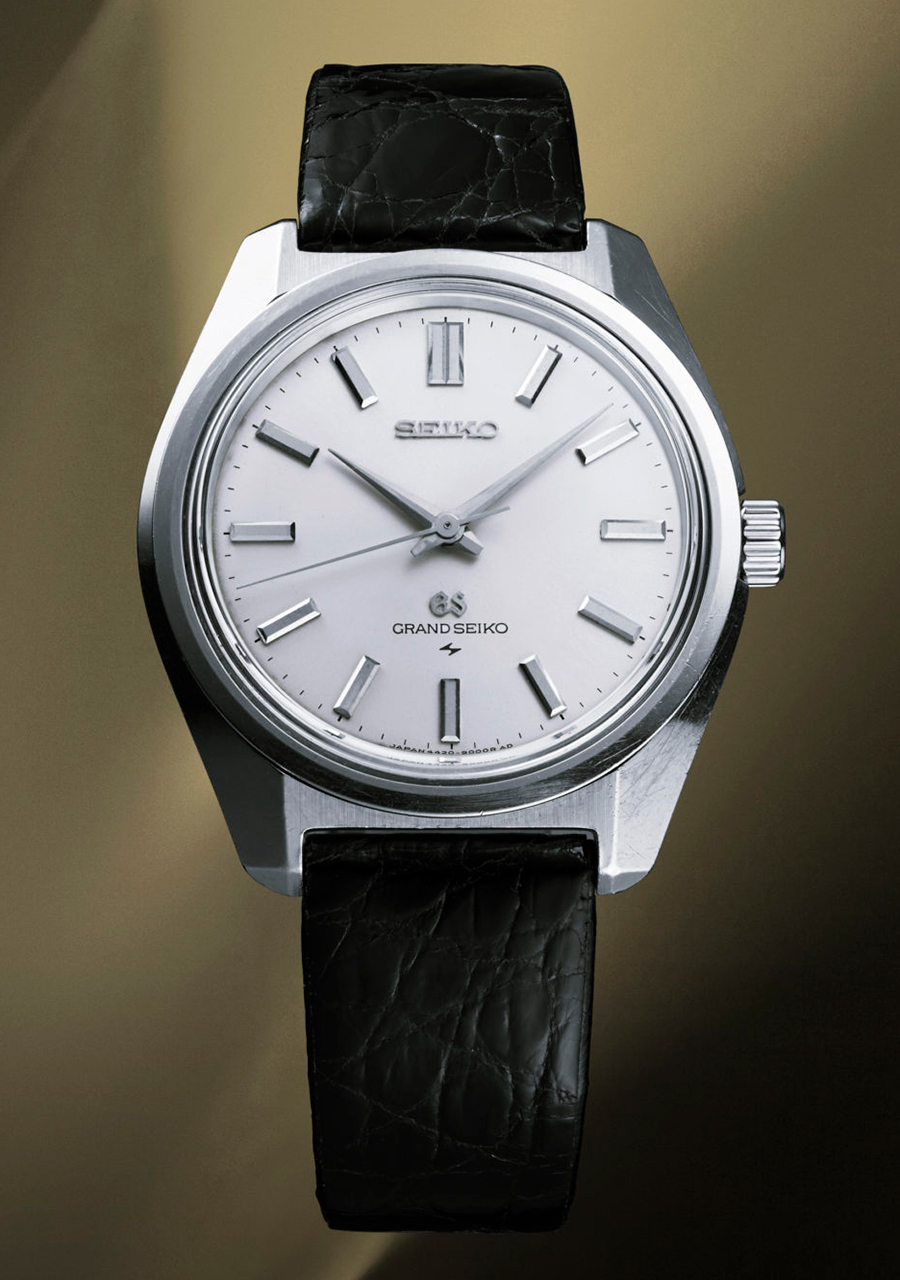 The hands too, which to me felt glaringly small on the SBGW289, don’t bother me for some reason on these two. Perhaps I have become accustomed to the sizing, though I believe it has more to do with the restrained nature of the dials, which allows the hands to blend it that much more seamlessly. On the SBGW291 in particular, the hands basically disappear against the dial, though not in a way that would affect legibility. On a side note, that also somehow feels rather apt for an air-inspired dial design. 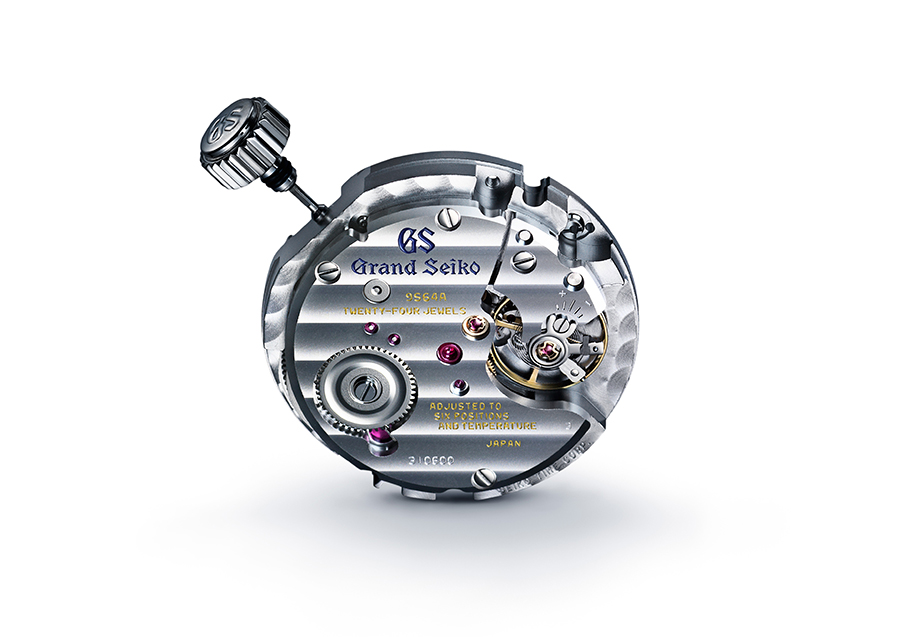 Like the SGBW289, the new models are powered by the 9S64 manual wound movement. This may not make any waves unlike some of the newer movements from Grand Seiko, but it is reliable, accurate, has a decent power reserve, and allows the brand to produce one of its slimmest cases of mechanically powered watches. What’s not to like?

GBP4,460, Regular Production (I think – not included in the press release)

For several years now, long-time fans of Grand Seiko have bemoaned the brand’s gradual price increases. While I personally feel most of those price increases are fair, these new watches are perhaps right at the limit of what might be justifiable. After all, the first model in the SBGW line with the same movement is easily about GBP1,000 less. Does that gap reduce if you compare these two more recent releases in the SBGW line that do not use the 44GS case, but is the development of this new case worth that much? That’s for you to decide I guess. 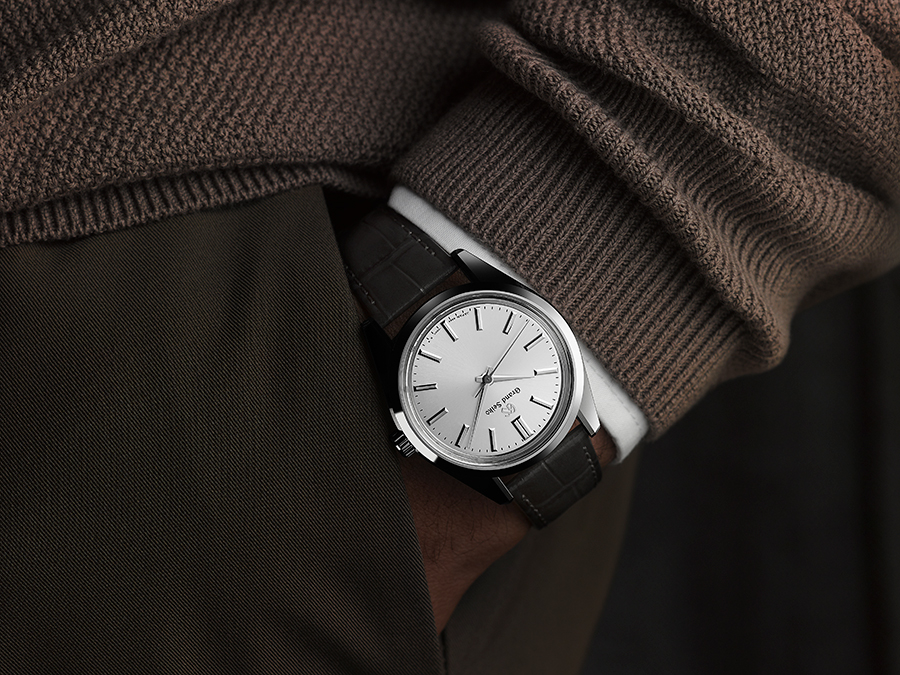 These watches are priced similarly to the SBGW289 though, with a slight discount since they do not come on metal bracelets. At least the brand is consistent in that regard, and perhaps there is a premium to getting all that 44GS goodness. 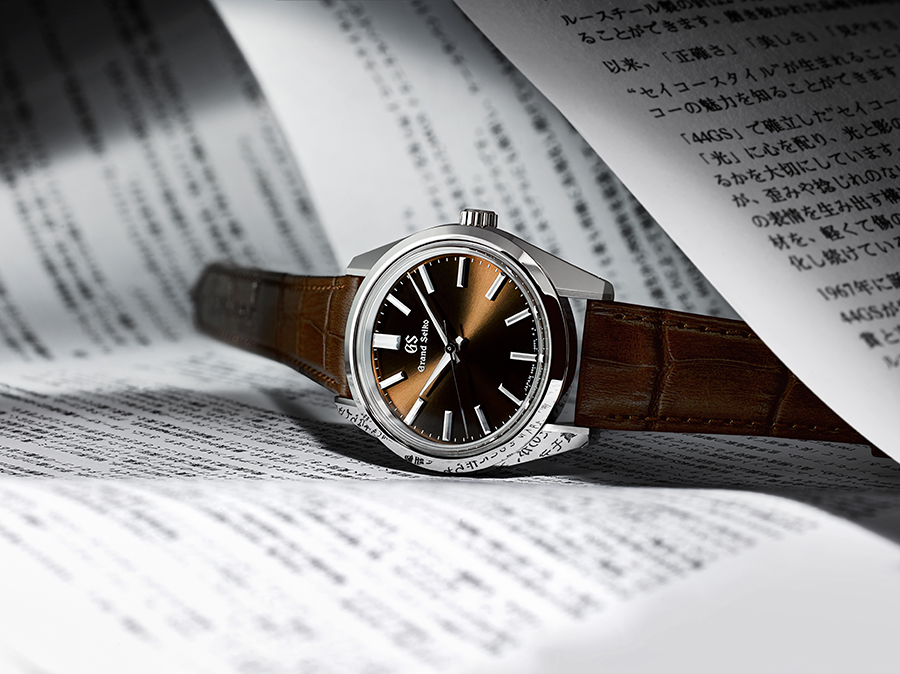 Overall, these are solid extensions of this smaller 36.5mm 44GS case line-up. While they won’t set the watch scene on fire unlike the recent SBGY009, or the USA exclusives, what they present are stable reliable models that can form the foundation of a collection, whether of a brand, or a watch enthusiast/collector. As a bonus, you also have what would arguably be the closest modern interpretation of that original 44GS from 1967. I am also pleasantly surprised that the thinner hands on these did not jump out at me as much as they did on the SBGW289 (which was the only thing that kept me from buying it). I certainly hope that impression holds when I get to see them in the metal.