The Tudor Ranger dropped just a few weeks ago, and since then, we’ve seen actual pieces popping up all over Instagram on enthusiasts’ wrists. The watch was a surprisingly controversial one, given how simple a design it carried, but then again, it’s hard to win when you wear the crown or are from the same group.

My initial impressions of the watch when it was released were rather positive, given this was a rather affordable no-nonsense field watch that had a whole slew of technical updates which should make it a joy to wear. Of course, as with most watch releases, it was impossible to judge how good a watch the Ranger was without experiencing it in the metal. Chief among the questions I had was whether the dial proportion worked in person. So out I went to a boutique where they were available to try out. Did it live up to expectations? Let’s get into it.

Based on its specifications i.e. 39mm x 47mm x 12mm case, the Ranger has essentially the same proportions as the Black Bay 58. Given my love of the Explorer 1’s 3-6-9 dial, the addition of a similar feature on the dial to what should be wonderful proportions would mean the Ranger would definitely meet my fancy right? Well, not quite. 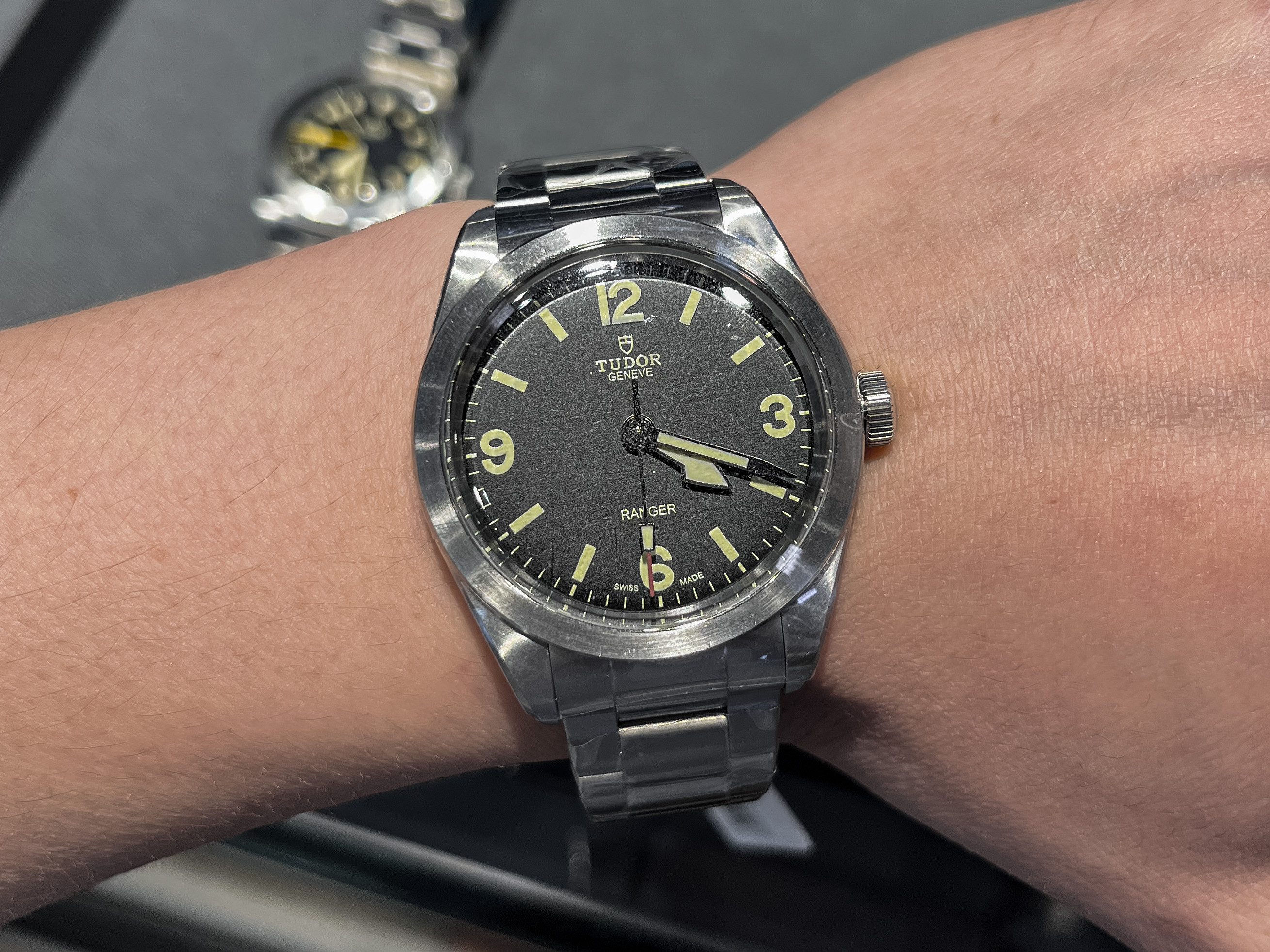 No doubt, the case proportions were as good as expected given the similarity to the Black Bay 58. Some might have preferred the retention of the contrasting polished surfaces to break up the all-brushed finishing, but to me, the finishing works well in person as is. And given the relative thinness of the watch, the slab side design that is essentially a Tudor hallmark by now works pretty well.

However, this still wasn’t the homerun that it could have been for me, because of one issue, the dial proportions. Where the Black Bay 58, and even the Black Bay Pro had a dial size complementary to its bezel and overall watch size, the Ranger pushed it a tad wider than it should have. The result, at least to me is a watch that appears too large for its good. 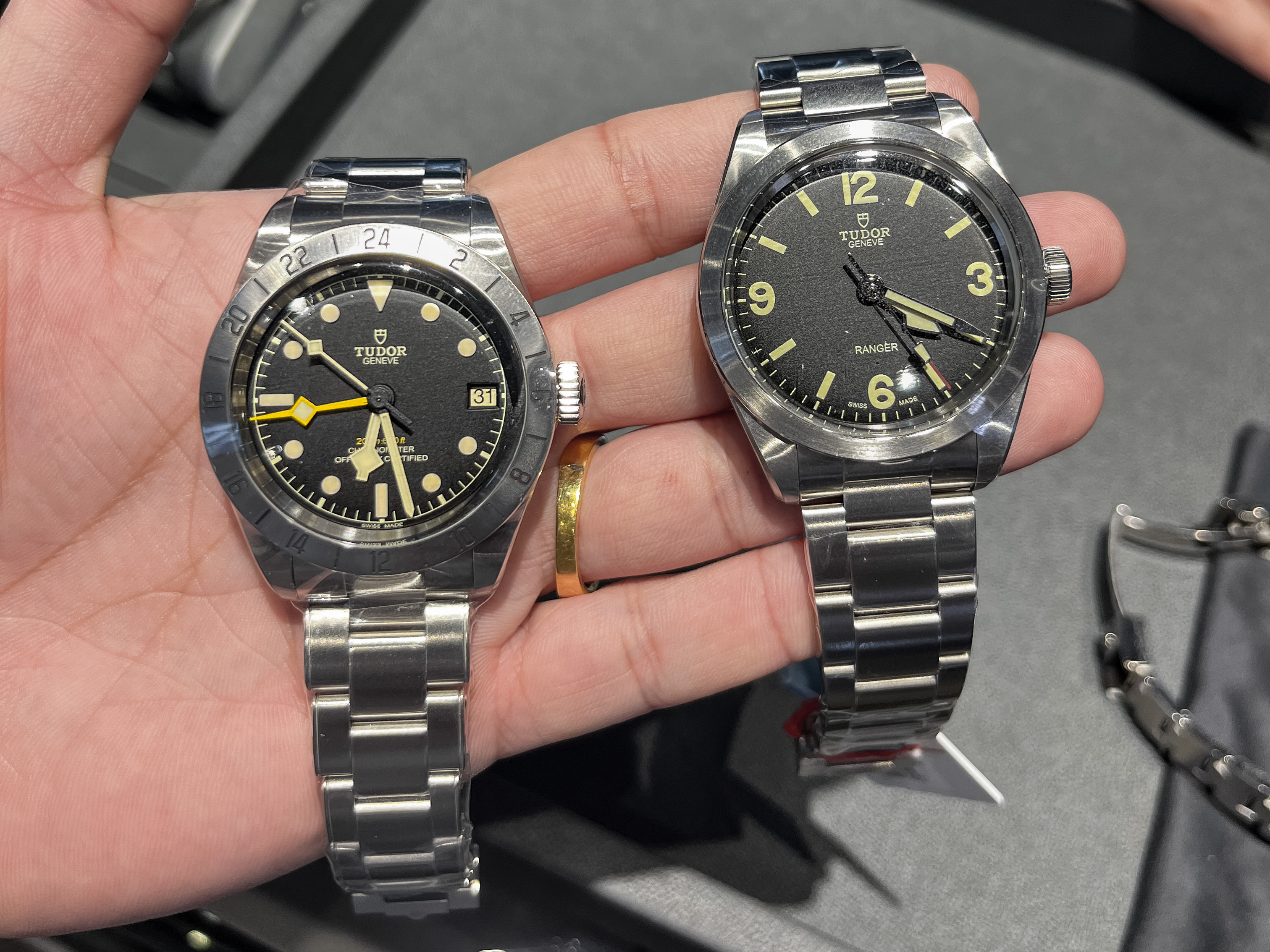 To be clear, and before the pitchforks come out against what may seem to be my inherent bias against larger watches, I am not saying the watch should be smaller. The watch could have been made bigger, in a 40 or 41mm case size, if that meant that the dial retained its current width while the gentle sloping bezel gained a millimeter to balance out the dial. Alternatively, the dial could have been slimmed by a millimeter while retaining the bezel’s proportions to balance things out. Clearly, I would be a fan of the latter option but to me, this watch fails, either way, the watch dial is too large for its good as things stand.

The issue is made even more obvious when it is compared to other similar watches. I had the opportunity to hold the Black Bay Pro beside the Ranger, and it only served to highlight the failure of the latter. A more direct comparison might be with the discontinued 39mm 214270 Explorer 1, and that makes it clear that the dial is just a bit too large on the Ranger. Let’s not even go to the comparison with my 36mm 124270 Explorer 1 since that is pretty much perfect in proportions to me. My point is, that Tudor (and Rolex) is capable of designing well-proportioned dials, so why this choice? 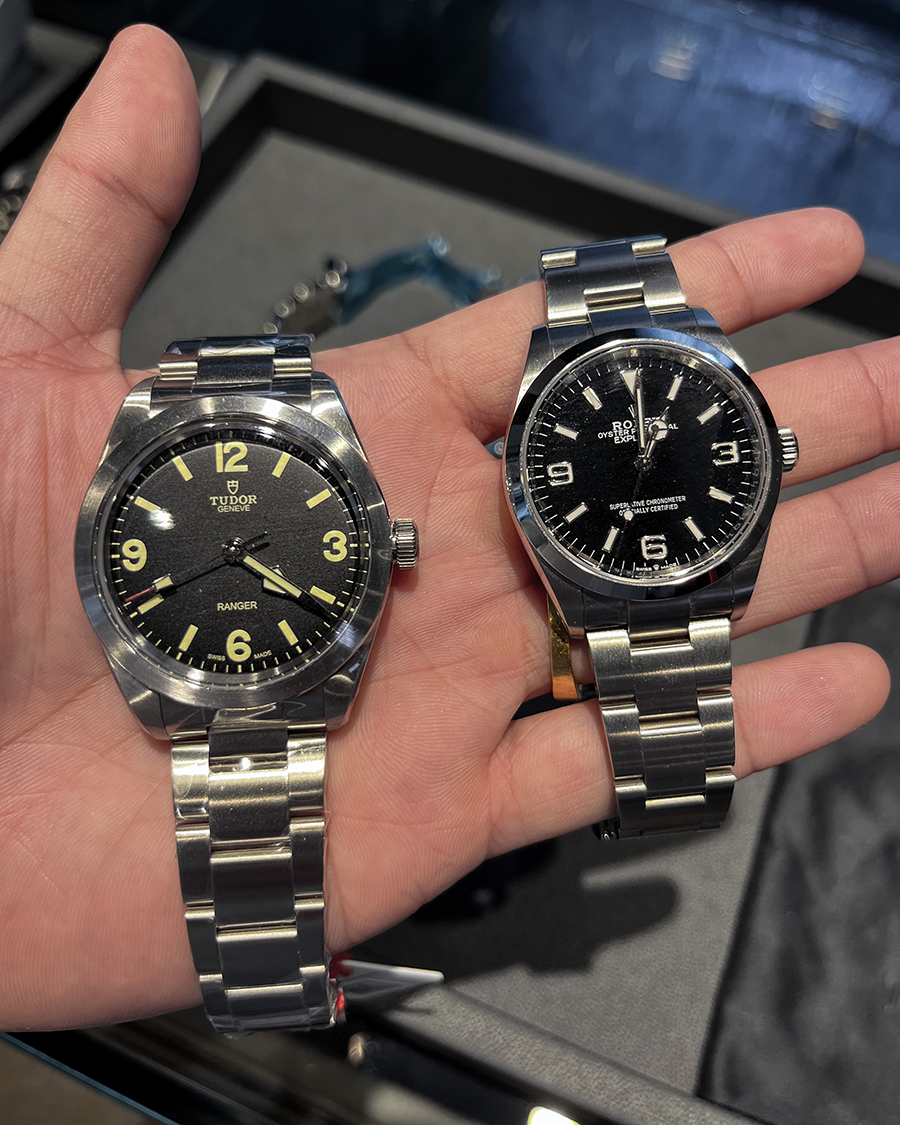 If you can get past the dial proportion issue though, the watch is very much a watch that lives up to what it set out to be. It is simple but not boring since the history behind the dial design adds a ton of charm in my opinion. And though I’ve never had an issue with the faux rivets on the Black Bay 58 bracelet, their absence on this gives the watch an even cleaner no-nonsense appeal. It is a tough-looking watch, that I would have loved wearing anywhere, to do most things.

It certainly helps that the watch is very wearable. While the watch was not sized to my wrist, its weight makes it comfortable, certainly far more than the Black Bay Pro. The inclusion of the T-Fit also all but guarantees that the watch will be a comfort in almost any setting. 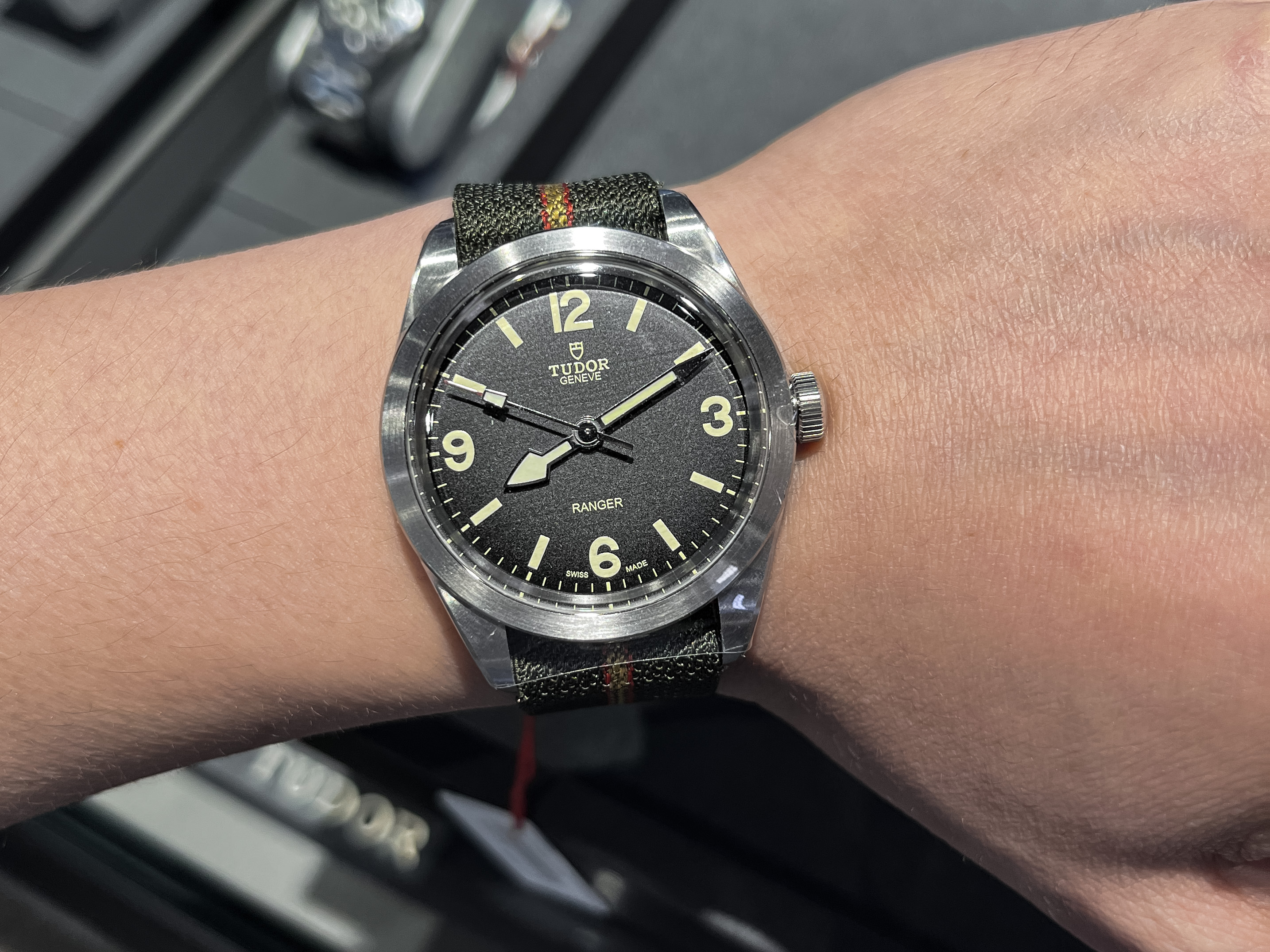 In terms of alternatives, the green fabric strap with its red & beige center line takes the comfort of the watch to a whole new level. On the wrist, it feels rugged and solid, yet soft and supple at the same time. On a relatively thin watch, this combination just almost takes first place in strap options for me. Almost. It might just have if the bracelet did not have that T-Fit clasp. It also adds a rather utilitarian ruggedness visually and livens the overall combination up if all steel tones do not work for you. If I had gotten this watch, it would have been on the bracelet, but the fabric strap would definitely have been an almost immediate addition.

Did it live up to the hype?

Overall, I am conflicted about this watch, which is rare for me when it comes to Tudor watches. Most of the time I try hard not to like the watch, but end up succumbing and often buying them. In the case of the Ranger though, it checks almost all the boxes I have for this style of watch, but just doesn’t work for me in person, because of the dial proportions. I also wonder if the brand should have mixed things up a bit and used the redesigned case and bezel from the Black Bay S&G 36 line for this release instead. Still, if the dial proportions are not an issue for you, then this is an extremely good value option, and given the controversial response, might even take a lot shorter to obtain than normal.