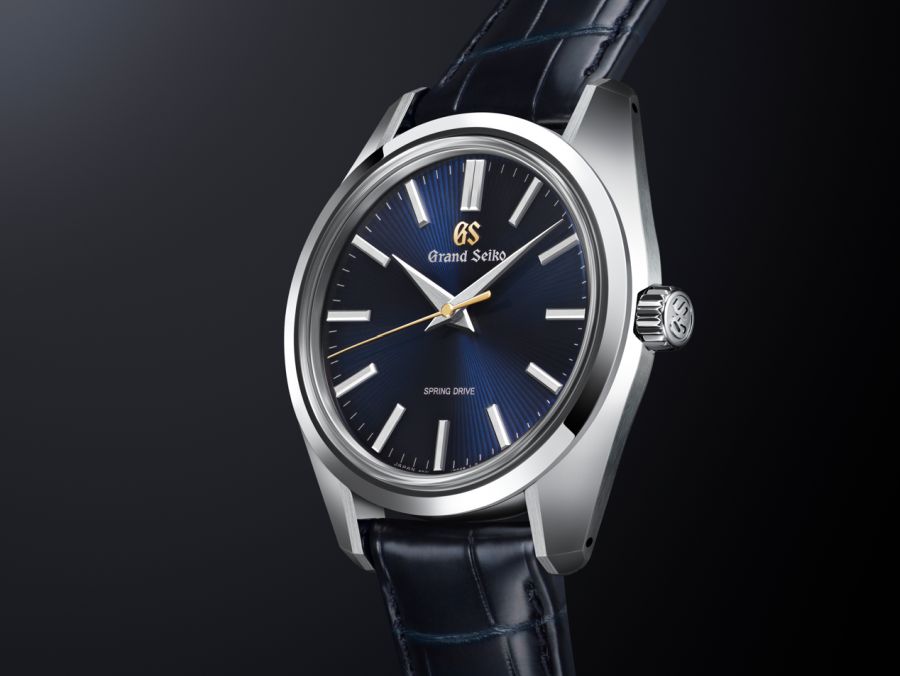 The SBGY009 is the latest piece from Grand Seiko to take the form of their iconic “Grand Seiko Style”, first presented in the 1967 44GS. Though aspects of this design philosophy by designer Taro Tanaka appear throughout Grand Seiko’s catalog, the SBGY009 is one of the watches that strictly adhere to it since it’s a 55th Anniversary Limited Edition of 1,500 pieces honoring Taro Tanaka’s original concept. As ever the dial inspiration comes from the natural world surrounding their Shinshu studio where all spring drive watches are created. In this case, nature has guided them to another deep blue dial. So, when I first saw this, I immediately started thinking, does the nature connection hold up, and is this watch able to stand out from GS’s many blue dials? Let’s find out. 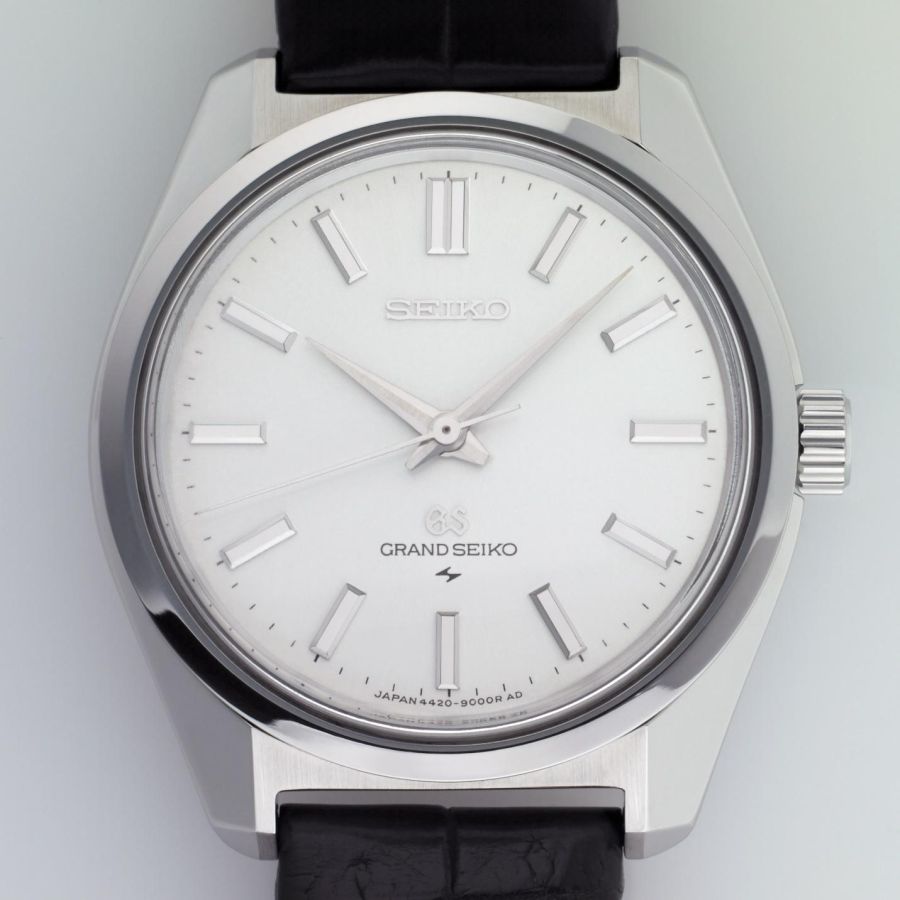 As previously stated, this watch follows to the letter the “Grand Seiko Style” derived from the “Grammar of Design” by Taro Tanaka, which emphasizes the use of flat surfaces inwardly sloped case sides, a crown set into the case, and multifaceted hands and hour markers. It’s not hard to see all these elements if we compare SBGY009 to the original 1967 44GS, seen above. These elements have the important role of striking a perfect balance between light and shadow, aided by the use of Zaratsu polishing and fine brushing. All of this creates a pleasing harmonious design that is so very important in Japanese aesthetics. 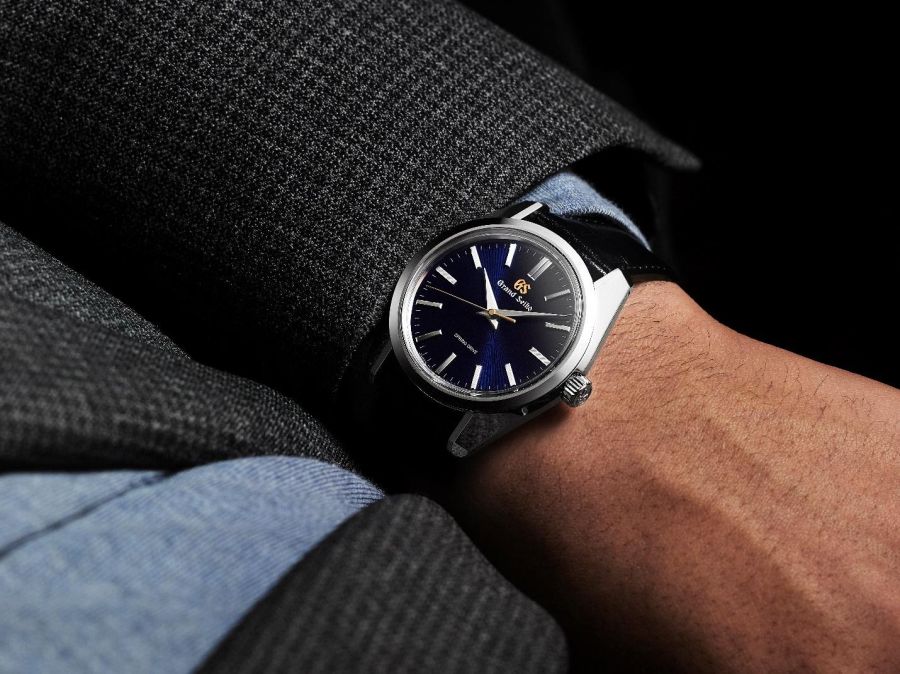 One aspect of the original watch that I’d like to see more often, that’s omitted from SBGY009, is the extra metal that creates a vertically fine brushed bridge in between the lugs. It would give the watch a slight vintage look, which I don’t think anyone would be against and it wouldn’t disturb the strap arrangement, which is a dark blue crocodile strap that is the perfect pairing for the dial. Speaking of which let’s get into the dial’s inspiration. 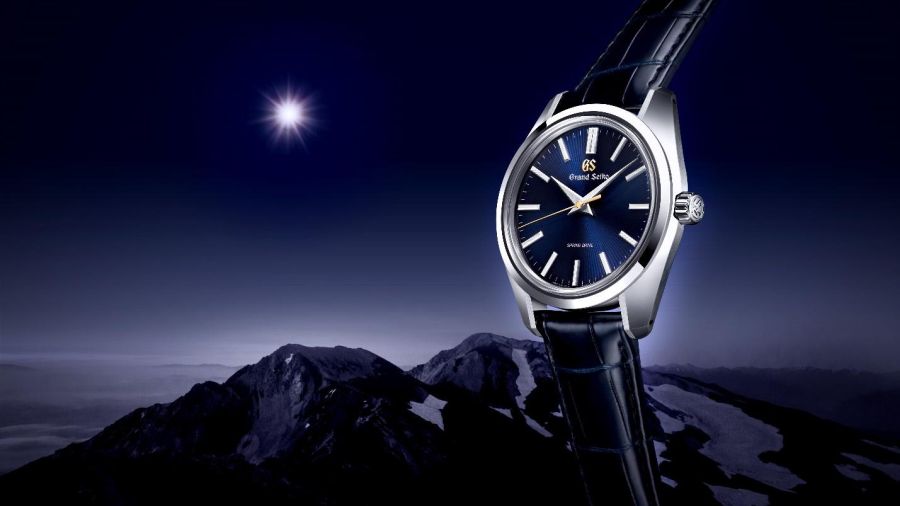 The dial has a deep blue color that is the dial, is done to capture the captivating beauty of the full moon in the night sky above the Shinshu mountains. And I have to say that it does so quite well. The richness of the dial manages to capture the shade that’s cast over the area while the sunray pattern, as light bounces off it, creates a similar effect to the sparkle that the moon casts over the landscape when it is at its very highest point in the sky. So yes, the connection to nature does hold up. Nicely done Grand Seiko. The inclusion of the gold seconds hand and GS logo is the cherry on the cake for me. Gold and blue are one of those combinations that just work for me. 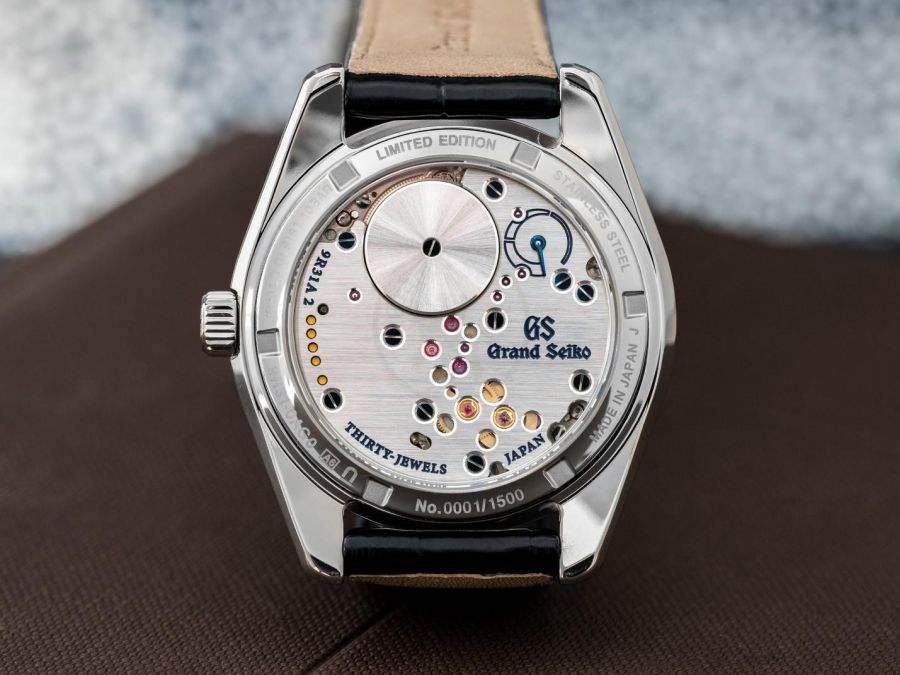 Unveiled in 2019 alongside caliber 9R02, the release of 9R31 commemorated the 20th anniversary of Spring Drive. This slim, high-performance movement features a dual spring barrel structure, which helps to keep the movement compact, achieve a greater power reserve of 72 hours, and maintains the high torque necessary to power the movement and hands. Though we are unable to see much of the inner workings of this caliber due to its architecture, which features a hairline-finished bridge to maintain a high shock resistance and efficiency of the gear train, what we see is decorated with exposed jewels, tempered screws, and diamond-cut sinks. It’s beautiful and beautifies the dial by having the power reserve integrated into it instead of disrupting the dial’s eye-catching finish. 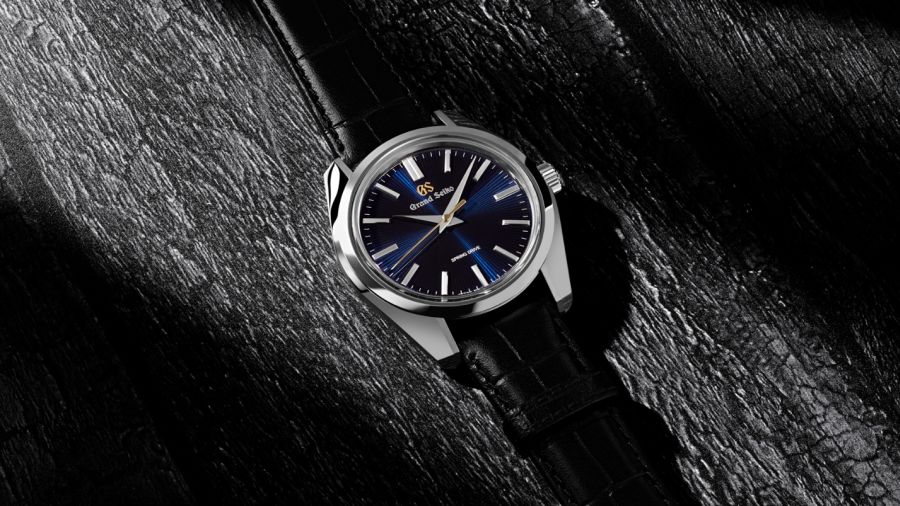 We’ve seen that the nature connection is legit but that doesn’t mean this piece will stand out from the sea of blue in Grand Seiko’s catalog. I started by comparing this blue dial to those on the SLGH003, SBGR321, SBGP007, SBGH281, and SBGA375. You’ll notice that the shade of blue is fairly similar to that of the SBGY009, with the big difference being that those have a sunburst finish instead of sunray. But looking at them side by side you might notice that the problem with too much similarity is more in between those five models. I have to say that dial wise those watches are basically the same, the slight exception being the SBGP007, but are said to be inspired by different things. 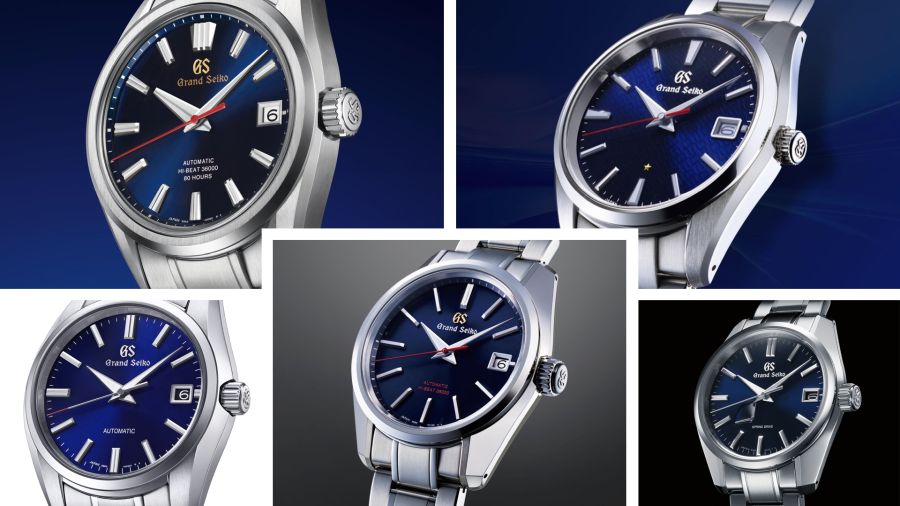 For me, the answer to is this watch able to stand out from GS’s many blue dials? Is shaky maybe. Under the boutique lights, there is a very good chance that it may disappear amongst the crowd. The 44GS 55th Anniversary Limited Edition SBGY009 has the most beautiful dial out of all of these but GS is playing with the risk of suffocating certain models like it that would easily stand out.

The 44GS 55th Anniversary Limited Edition SBGY009 is a limited edition of 1,500 pieces available worldwide at GS boutiques and dealers with an RRP of USD 8,100.00. 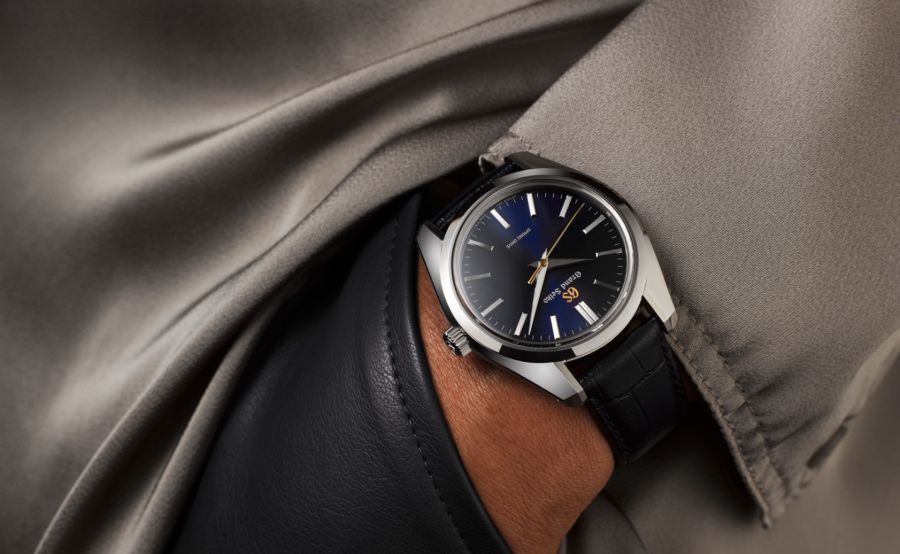