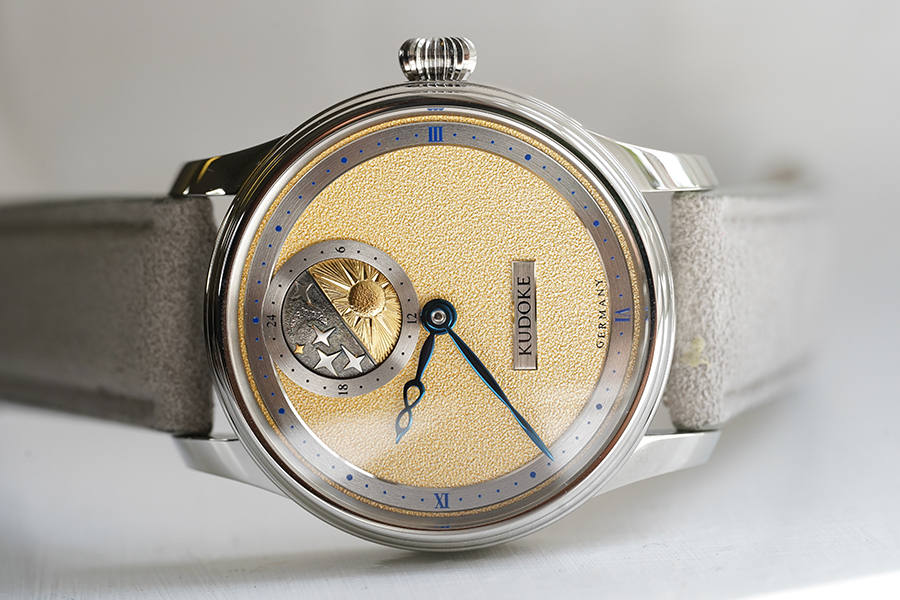 2022 is shaping up to be a brilliant year for British watchmaking. We have already had great releases from Fears and Garrick, but the Kudoke 2 – British Heritage has to be the icing on the cake, all the more so because it is a collaborative piece with The Limited Edition. Based on the 2019 GPHG Petit Aiguille winning Kudoke 2, the British Heritage is an even more glorious watch, from both the front and the back. Kudoke may be German which means this watch is not 100% British, but given the inspiration it takes from old British pocket watches, it works well as a tribute to British watchmaking. Let’s get into it. 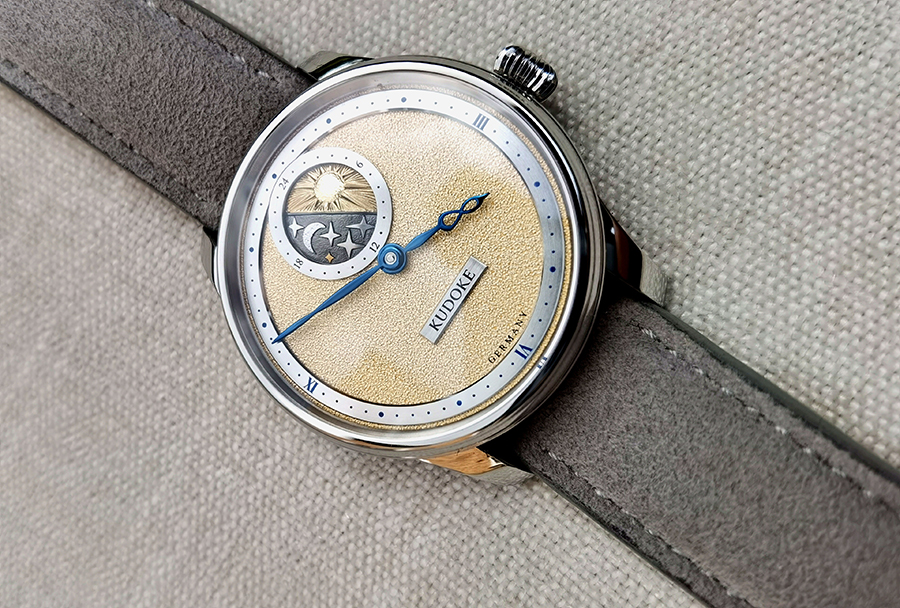 To classify the Kudoke 2 – British Heritage as a dress watch is rather reductive in my opinion, since it transcends classical designs and is more art than tool. Its minimalistic golden frosted dial wonderfully framed by its darker rhodium minute ring and only broken up by an eye-catching gold and rhodium day-night disk with its own rhodium 24-hour ring as well as a simple brand name.

The day-night disk is undoubtedly the standout with its hand engraved sun, moon and star appellations on the disk that makes it far more unique that most options on the market today. Even The Limited Edition’s gold star motif is seamlessly worked in on the disk. I am also extremely impressed by the functionality it adds, while still elevating the form instead of sacrificing it. The flame-tempered blued hands, also carries a unique spin, with a respectively larger and thinner infinity sign hour and minute hands that is unlike any other hands I have come across. Collectively, this makes the watch’s dial and extremely differentiated one, which is a rare feat in a world flooded with iterative designs. 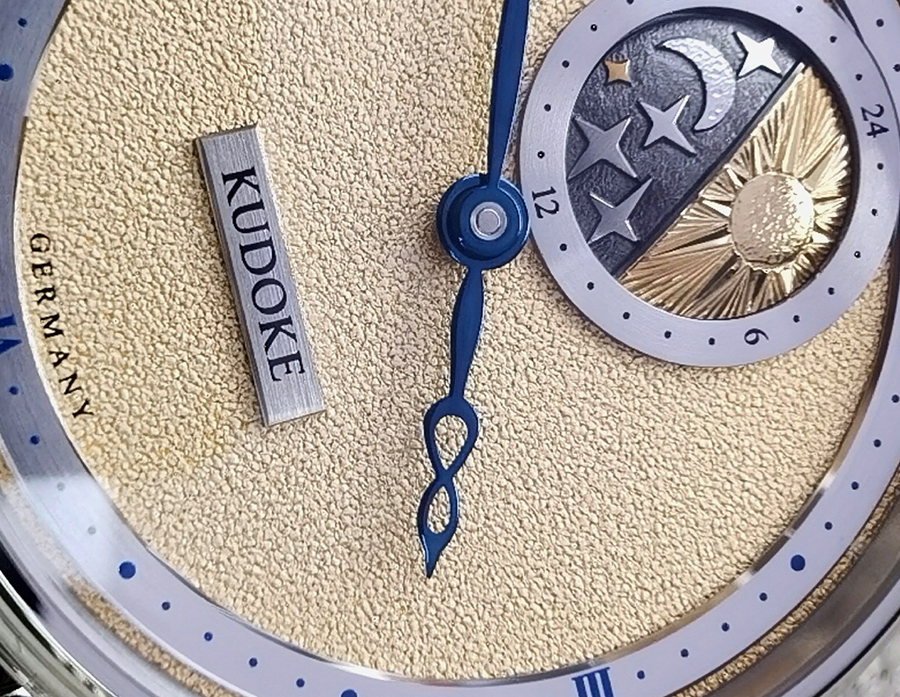 Together with its relatively smaller, slimmer proportions, the British Heritage could be forgiven if it was dainty, but that is not the case here (no pun intended). It comes with a very useable onion crown, a decent water resistance, and has anti-reflective coating to improve legibility. On all counts it is a modern watch with a great design.

As beautiful as the dial of the watch is though, it is no match for the artistic brilliance that we are presented with on the movement front. We often hear of great finishing in various forms of brushings, but we are presented with here is a full on hand engraved floral paisley pattern that utilises the jewels and heat blued screws as part of the patterns. The engraving technique, according to the brand, is flat engraving which is an old British Masters technique which is apt, as this movement is decorated to be reminiscent of old pocket watch movements. The finishing is completed with a frosted balance cock that complements the more ornate patterns well as does the polished anglage which frames each pattern allowing them to take on greater depth. 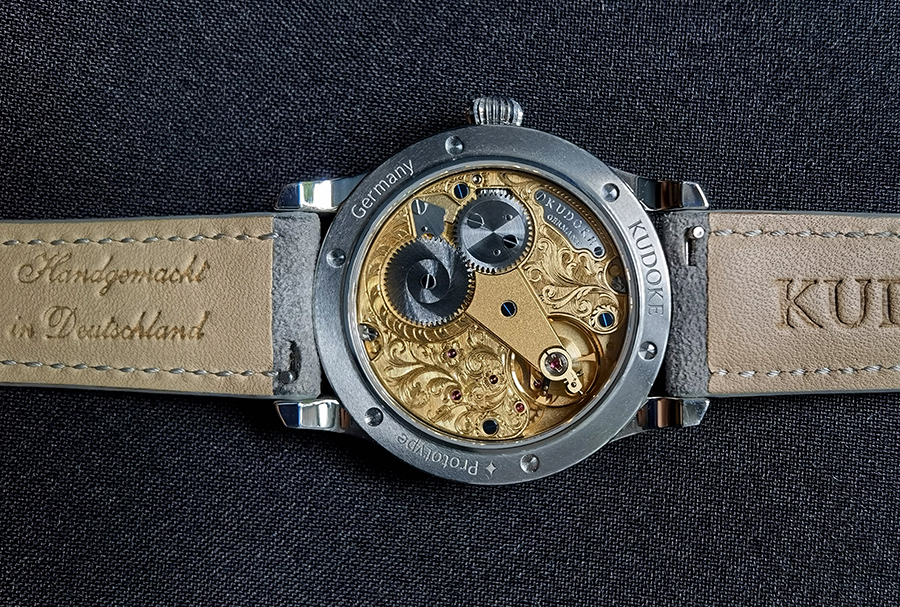 The movement is a Kudoke proprietary movement developed in collaboration with Habring, a reputable independent watchmaker which also has its own line of watches. It comes with 46 hours of power reserve and is a manual winding piece which is perfect, given the elaborate finishing on display through the sapphire case back. 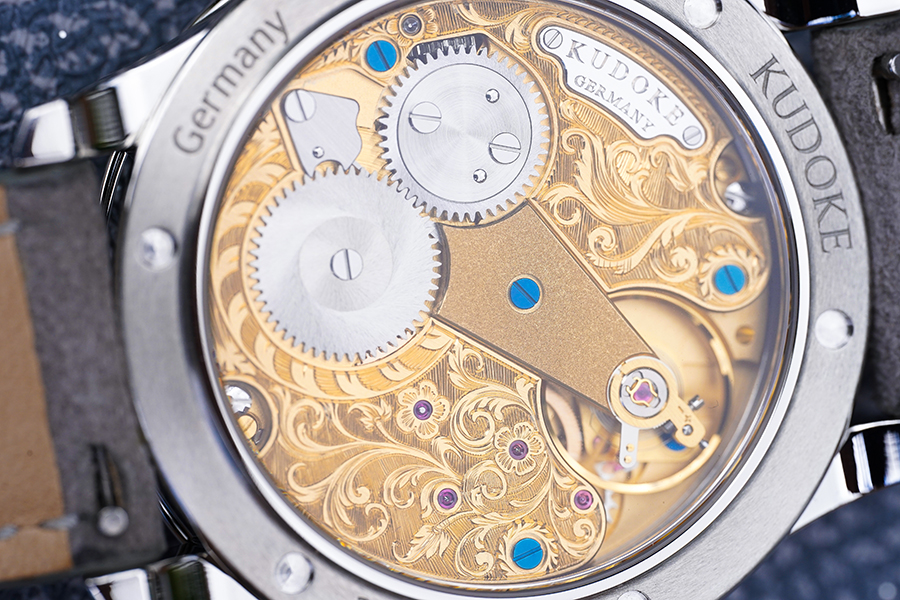 The watch is priced at GBP 10,700, which is not cheap in any sense of the word. But for finishing like this, on watch that is truly unique in its design, it is not difficult to justify the price, regardless of whether you like the watch or not. Its release strategy is rather unique, with 10 pieces dropping in each of 2022, 2023 and 2024, though at this point it is unclear if that means each batch will have its own release date or if all will drop at once but have staggered delivery dates. 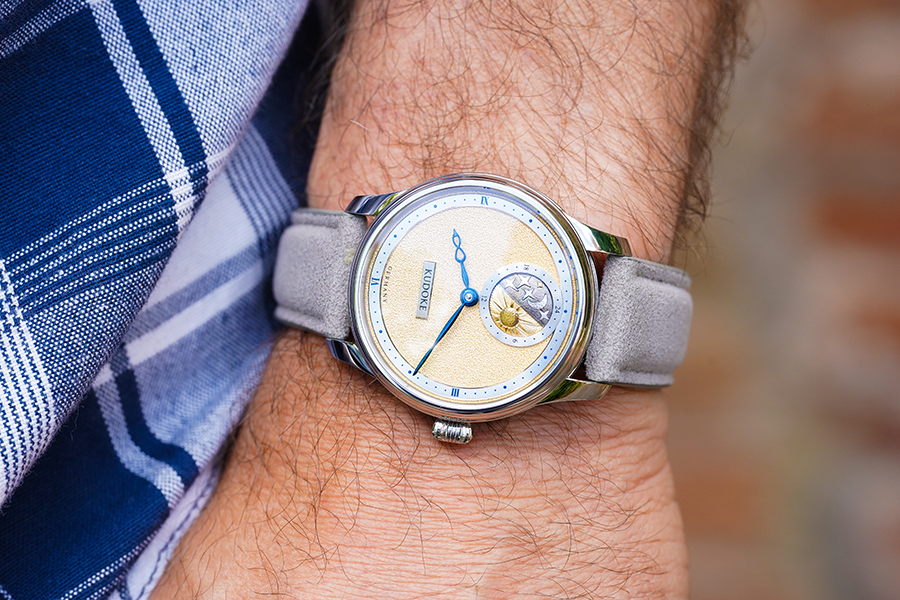 Overall, I am extremely impressed by this watch. Not only does it offer something different, it also showcases an extremely level of attention to detail. Every aspect of the watch has been designed to work as seamlessly with the rest of the watch as possible. Nothing has been included for the sake for the sake of it. To me, this watch is a fine example of an art piece that far exceeds the sum of its parts.