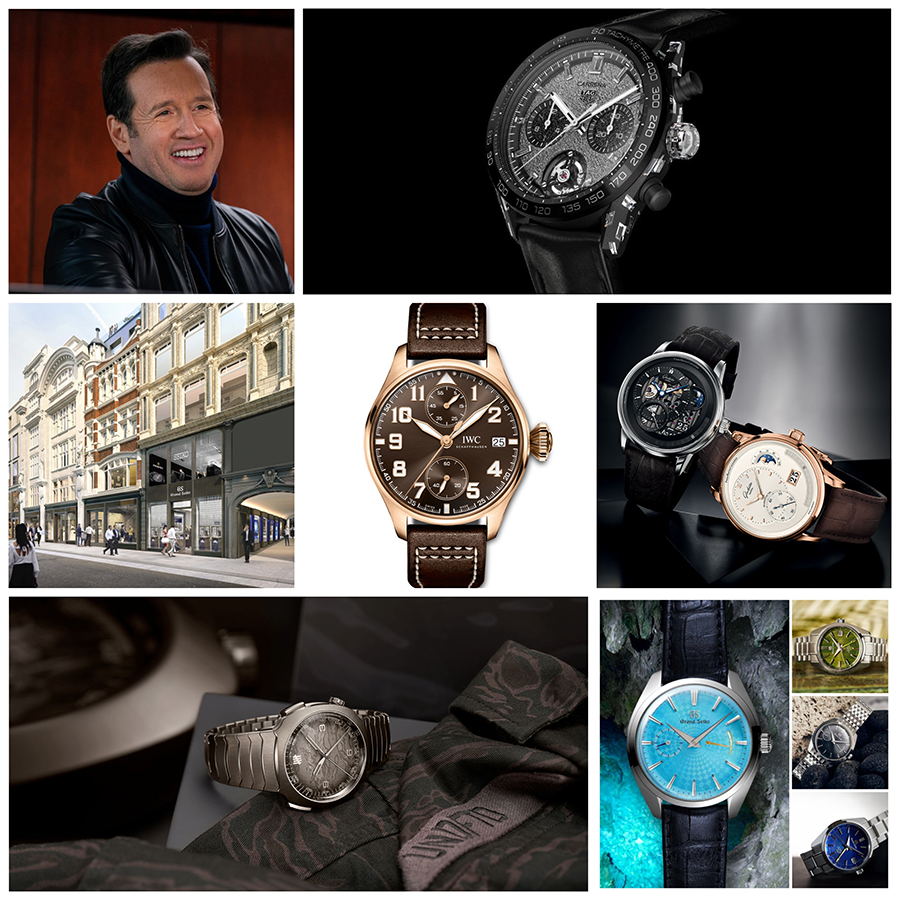 It has been an exciting week for watch news, with some interesting industry movements. We have François-Henry Bennahmias confirming a rumour on his future in Audemars Piguet, the LVMH’s latest investment and Seiko UK opening a cool new boutique in London. We also have plenty of fun new releases from Grand Seiko, IWC, Glashütte Original and H Moser & Cie. These are the top 7 things in the world of watches; let’s get into it.

After what would be a decade as CEO, François-Henry Bennahmias will leave Audemars Piguet (AP), having overseen the brand in one of its most successful periods in history. Mr Bennahmias has been at AP for the past 25 years and CEO for the most recent 9 of those years. In this time, he has enabled the company to increase its turnover significantly, while also making the Royal Oak one of the most highly demanded models in the world. He also ensured that the bulk of the benefit of the demand for AP watches will flow back to the brand, by drastically cutting down on its authorised dealerships and most of its points of sales in-house. Under his leadership, AP cultivated interesting partnerships like that with Marvel, and also released a brand new collection, the CODE 11:59, which is still divisive but in my opinion is a pretty cool watch. It is apt Mr Bennahmias announced impending 2023 departure this year, being the 50th Anniversary of the Royal Oak, the flagship of the brand. 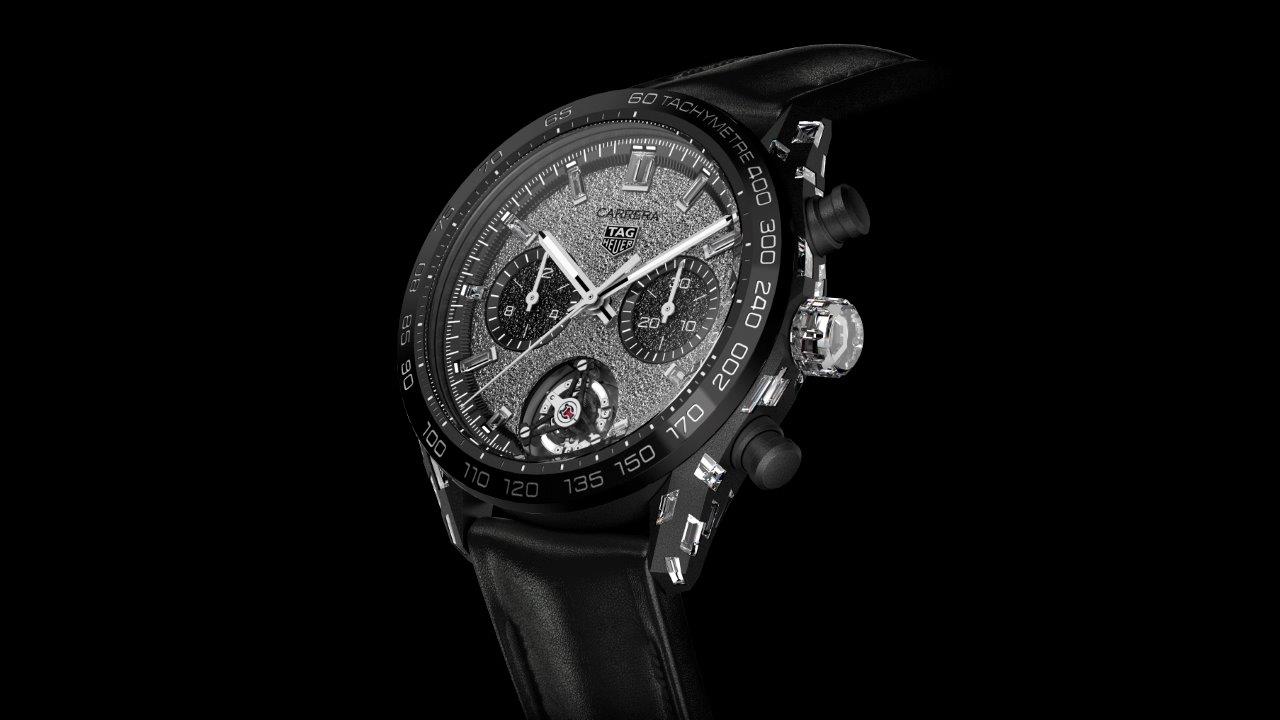 LVMH is fighting climate change with bling, or so it says. At Watches & Wonders this year, TAG Heuer announced a Heuer 02 chronograph powered Carerra, only it featured an iced out dial and diamond studded ceramic case. Interestingly, the diamonds were lab-grown, and touted as part of the brand’s efforts against climate change. Well this week, LVMH’s venture capital subsidiary, Luxury Ventures has invested in the company that supplied the synthetic diamonds for the Carerra Plasma, Lusix. Personally find claims that this is meant to help combat climate change tenuous given how few diamonds actually appear on TAG Heuer watches in general. That said, synthetic diamonds are certainly a more cost-effective option and allow for a wider range of creative crafting. It will be interesting to see how these diamonds are used in LVMH’s varied watch brands.

WatchPro reported this week that Seiko UK will be a opening a two-storey boutique on New Bond Street. The 1,790 sq ft showroom will carry the group’s higher end luxury brands; Grand Seiko and Credor. What is of particular interest is the plan the host a several events to celebrate Seiko’s 140 years of history. These events will include showcasing historic models that have been borrowed from Seiko’s museum in Tokyo. If that is not enough enticement, the boutique will also carry some of the most recent releases from Grand Seiko, specifically, the Grand Seiko Kodo, which was, to me at least, the best release at Watches & Wonders this year. For those interested, the boutique is set to open in autumn this year. 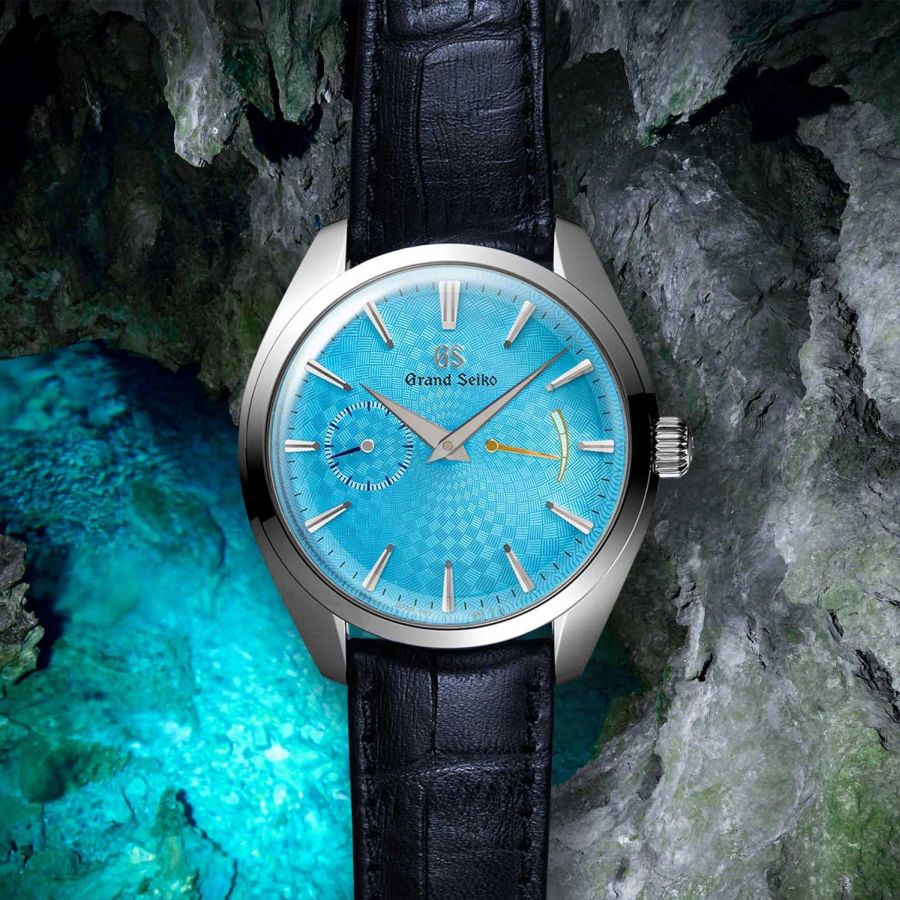 Speaking of Grand Seiko, the brand released new watches again this week, surprise, surprise. The 4 models released were USA only editions which is a shame, since these include some of the most interesting dials that the brand has launched recently.

Top of the list is that whirlpool quilt like guilloche motif in watery blue on the SBGK015 inspired by the lakes of the Ryusnedo Cave. Now here’s a dial that has its own unique texture with its own unique inspiration, for now. A close second is the black monochromatic dial on the SBGK017 that features a concentric guilloche small etched square motif. Kudos to the brand for shifting away from its usual nature based inspiration and taking design cues from the traditional Nanbu trekking ironware. These two watches are based in the brand’s elegance line, and come in the Thin Dress Series case design. 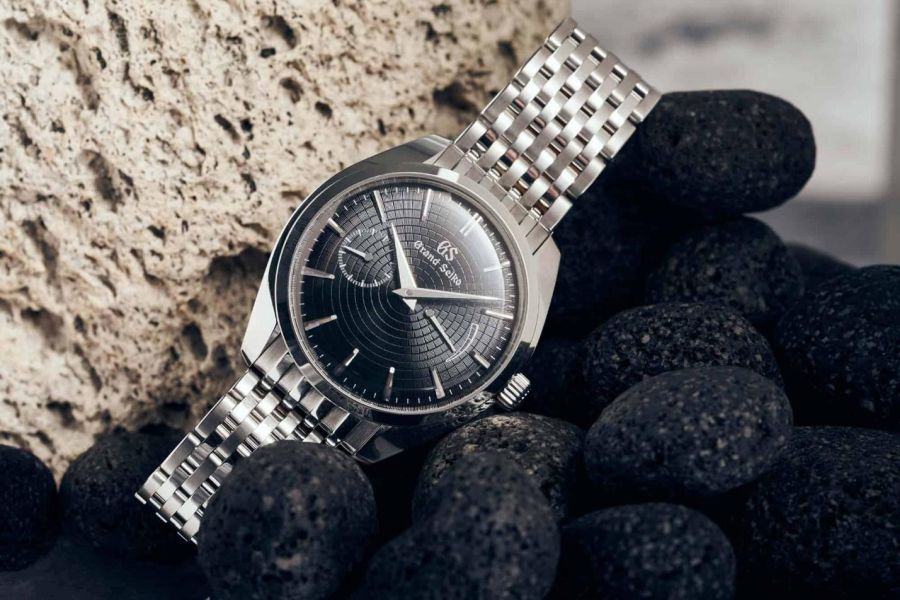 The other two watches are GMT Hi-Beat watches (9S86) housed in the familiar iconic 44GS case. The also use dial patterns that have been used before, though very minimally. The SBGJ261 shows of a “Peacock” dial that has only been used once in the SBGJ227 from 2017 but now in Royal Blue, while the SBGJ259 has an intricate bamboo pattern that was first used in the SBGH269 Fall edition from 2019. Personally, these releases feel like a return to form for Grand Seiko and here’s hoping that the rest of the year brings more like these. Do check out Misael’s thoughts in the full article here. 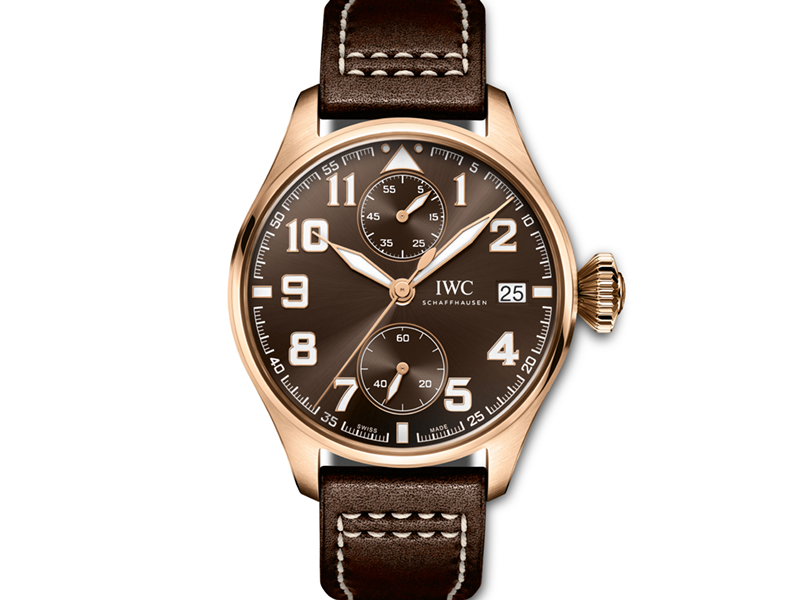 It has been 17 years since IWC partnered with the heirs of Antoine de Saint-Exupéry, and it has taken as many years for the collection to include a chronograph complication. Well, it finally has one, a 46mm x 14.6mm rose gold monopusher chronograph. Named after the namesake aviator & author of the Le Petit Prince, this watch carries every bit of vintage warmth that you might associate with a World War II French Air Force pilot. This is seen particularly in its rich warm brown dial with & complementary rose gold sword hands and large Arabic indices.

The watch is powered by the brand’s in-house Calibre 59365; a column wheel chronograph that is manually wound, and finished with Côtes de Genève stripes that can be enjoyed through the display case back. The movement also has an impressive 8-day power reserve.

Overall, the watch is pretty good looking, even if its is probably too large for the average wrist. In any case, given that it is only limited to 100 pieces, there should be no shortage of clients able to pull this off. For those interested, the watch is priced at CHF 33,000. 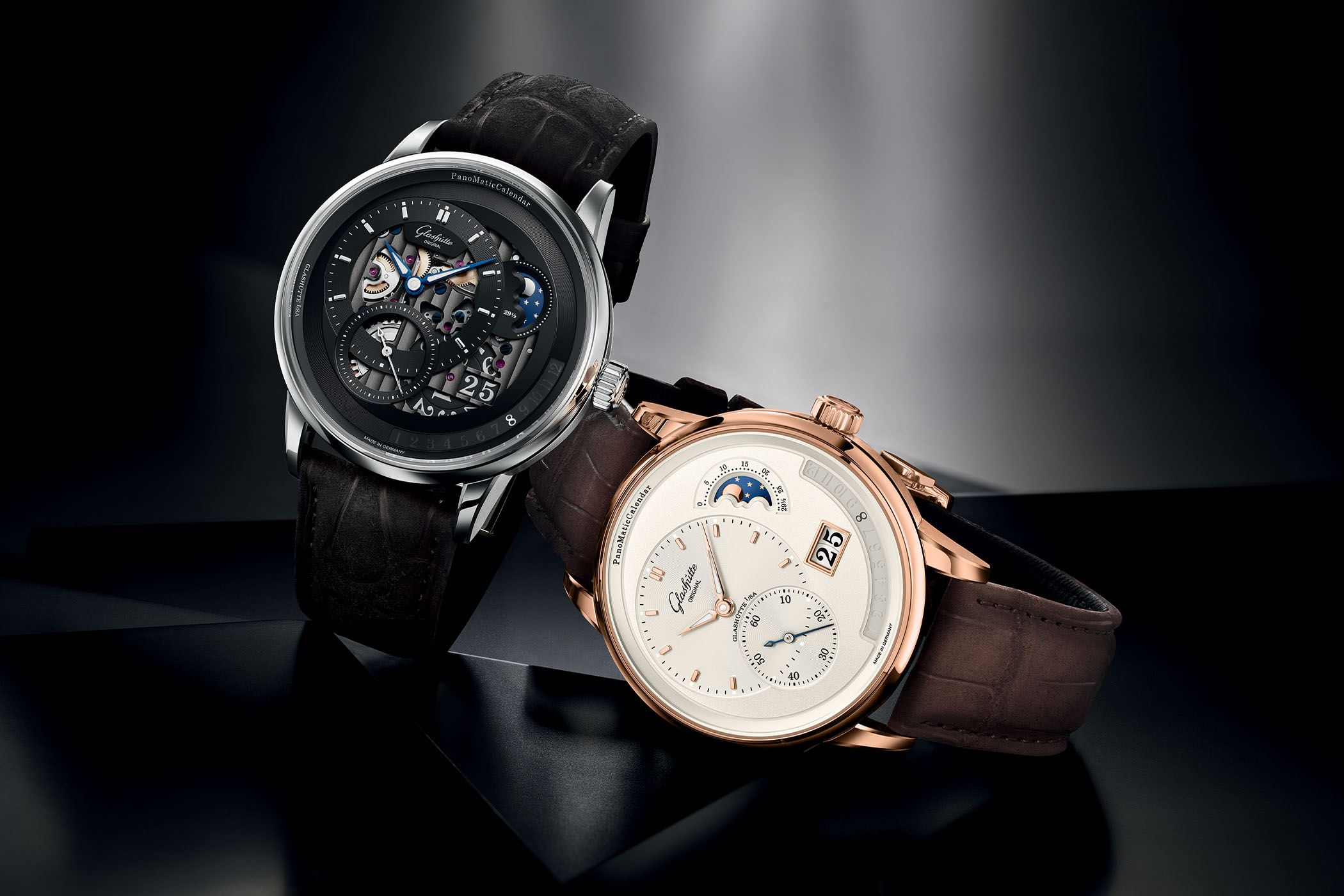 You would have thought that a brand like Glashütte Original (GO) with roots stemming from 1843 would have done it all, but apparently not because it has released a new pair of watches that serve as a first for the brand. The brand has named the new watches as PanoMaticCalendars with a new annual calendar complication, which is simple and concise and also a naming convention that more brands should adopt. While this is not the top tier of complications like a minute repeater, or a flyback chronograph, annual calendars are only the second most complex calendar (requiring only one date change a year on 1 March) after perpetual calendars and they are certainly far more useful in real world situations than either of the aforementioned complications.

These new watches also have the added benefit of not having a equivalent alternative from A Lange & Sohne. In other words, if you appreciate the beauty of asymmetrical watches, and want brilliant watchmaking to go with it, this might be your only option. You certainly could do worse for more. Check out my thoughts in the full article here. 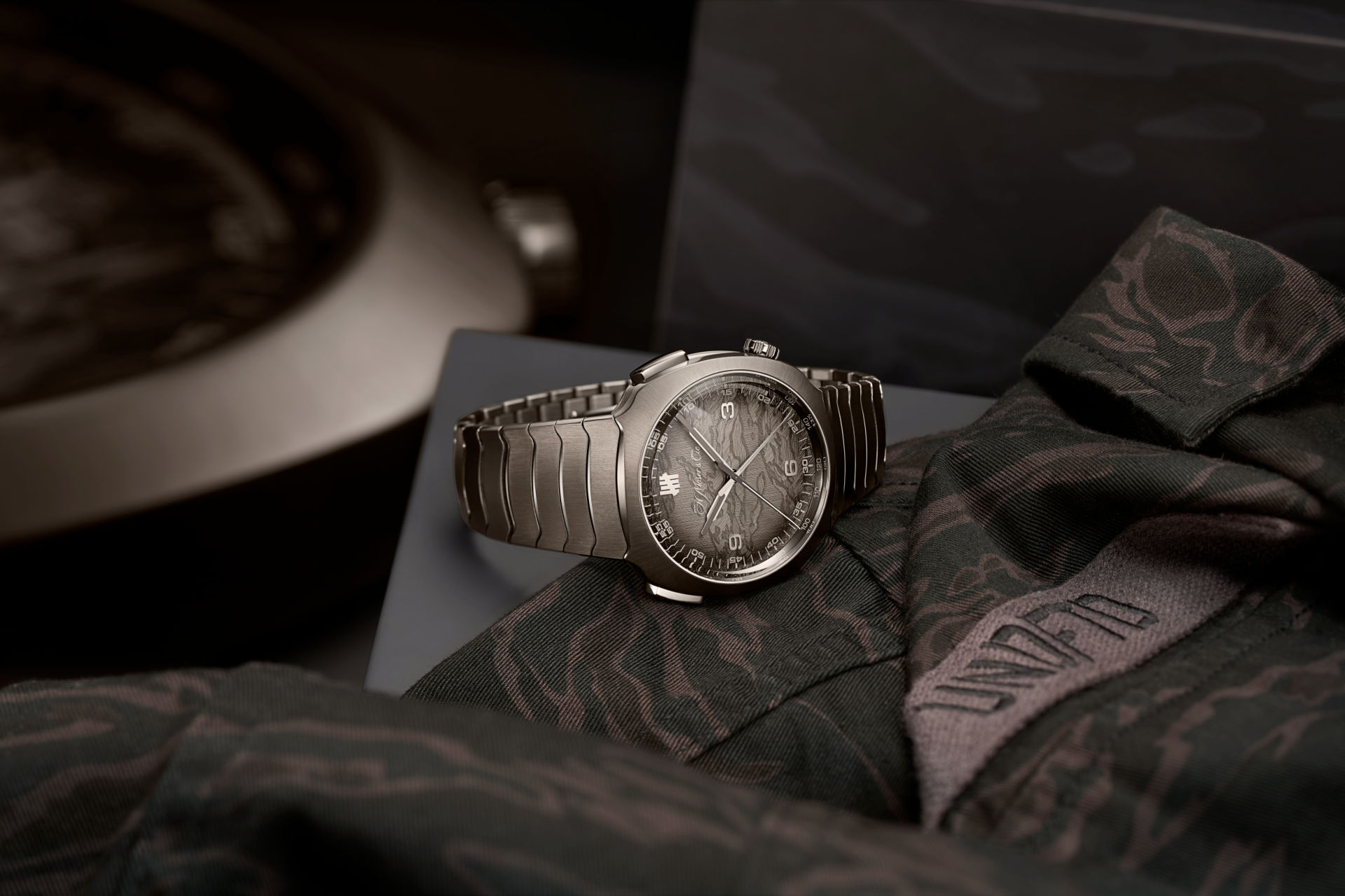 Finally, we have a brilliant collaborative piece from H Moser & Cie (Moser) and UNDEFEATED. Collaborations in the watch industry is extremely commonplace but they don’t always feel organic. However, if there is one that fits like a glove, it is this latest partnership given the trailblazing reputation of both companies. They may not necessarily be one of the big boys, but they have widespread cult-like followings that most of the big boys would kill to have. This latest release certainly stays true to that.

Like the other pieces in this relatively young collection, this watch is easily one of the most unique looking integrated steel sports watch (albeit with anthracite grey PVD coating), one that doesn’t look like it was a mashup of other more established integrated steel sports watches. It is a Streamliner with UNDEFEATED flair that is most evident on the dial, which is engraved with an UNDEFEATED go-to, a Black Tiger motif that is then lacquered several times over. What is particularly impressive is that Moser was still able to apply its signature fumé design complete with vertical brushing on this motif. Together these two intricate dial designs create a seamless collaborative dial, one that is equal parts Moser and UNDEFEATED. It is this delicate balance that makes this collaboration such a hit in my book. Check out my full article here. 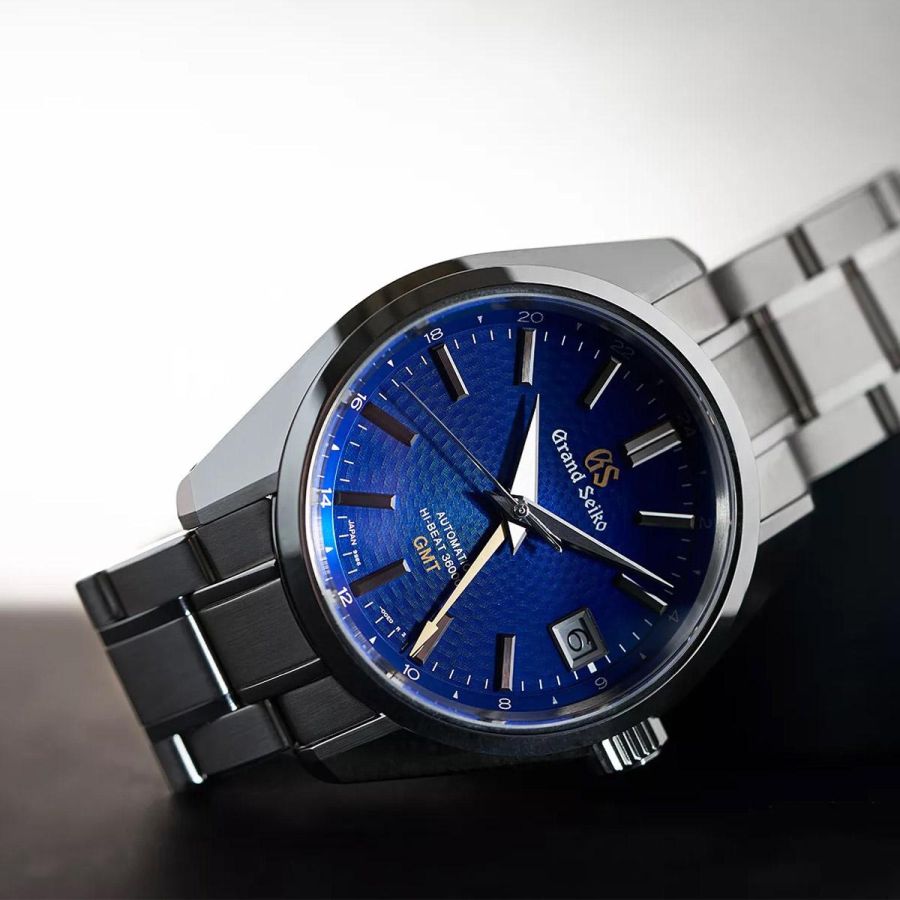 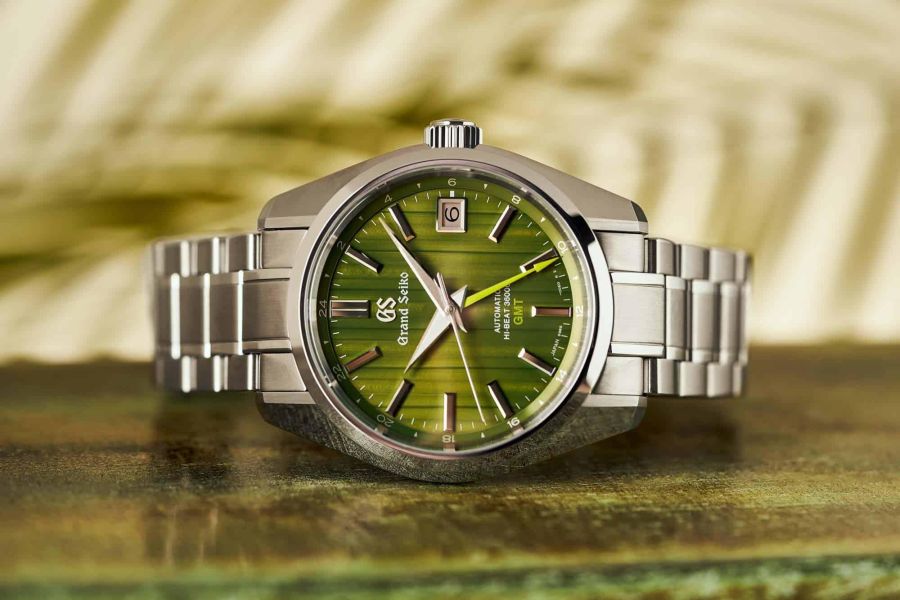