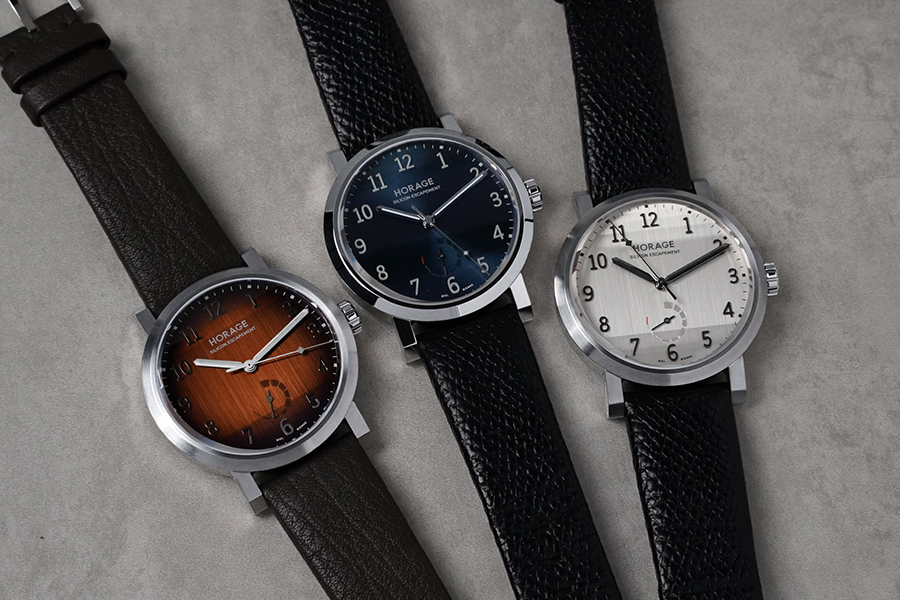 The Tourbillon 1 and the Supersede could be considered the equivalent to the Seamaster and Speedmaster for Horage, getting the majority of the attention dedicated to the brand, while the Omnium, Horage’s Devil, remains a hidden gem with many facets. I’ll explain the facet thing in just a moment. This collection’s history harkens back to Horage’s very early days as it was the first model introduced by the brand at BaselWorld in 2009. This was even before they released their first in-house movement. Now that they are so revered for their watchmaking expertise, an Horage without an in-house movement just doesn’t sound right. Once the development of the K1 was finalized the Omnium was retrofitted with the K1 following its re-launch in 2015. Now it’s been revamped into the upgraded form of the Omnium Gen. 2. 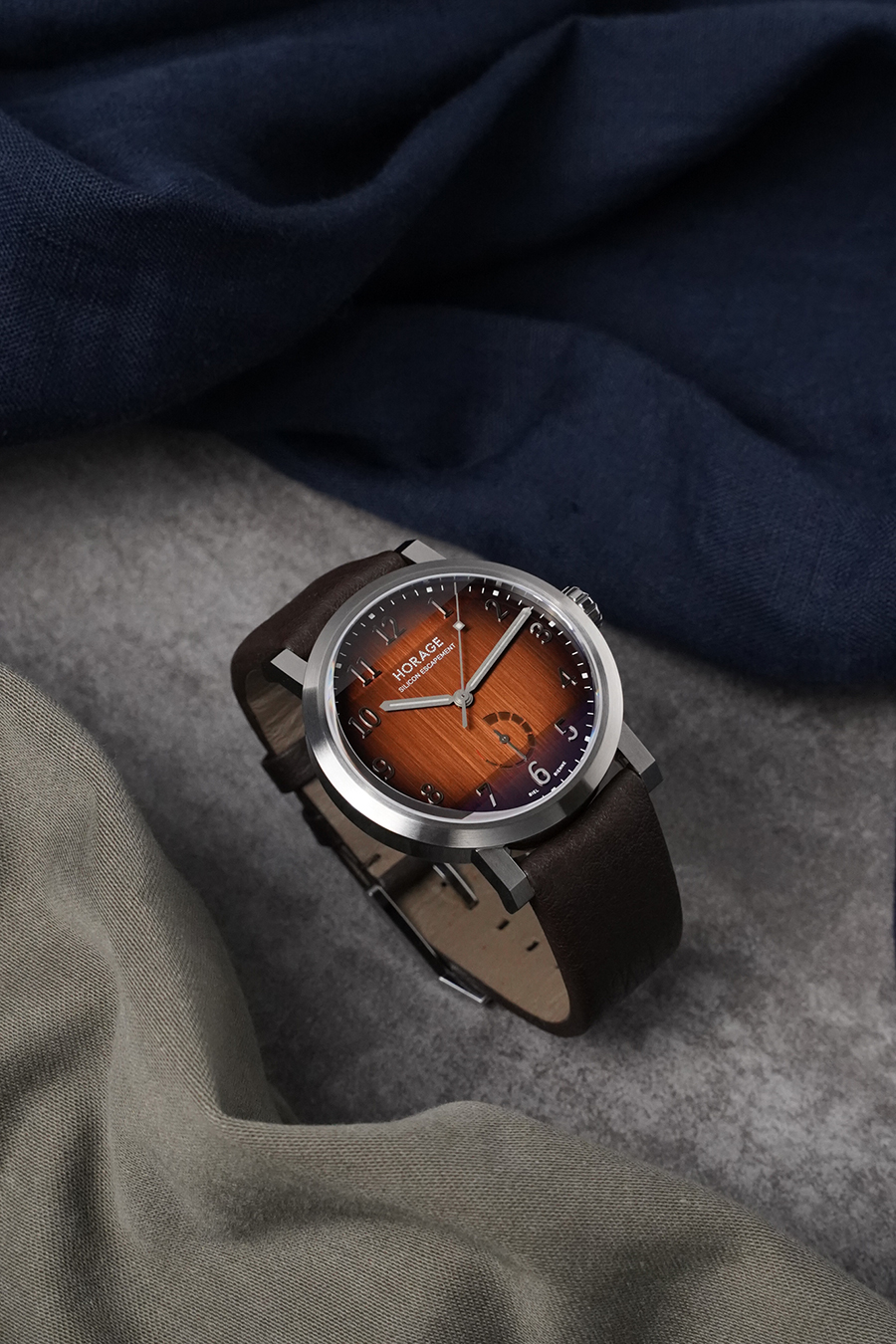 The straightforwardness of the case is very pleasing and has a German quality to it with its simple lateral polished case and brushed bezel (the blue dial variant has a polished bezel) finish paired angular lugs. The use of 904L stainless steel for Horage was introduced back with the first Omnium and has continued since it’s a logical upgrade from the more commonly used 316L counterpart. It is more corrosion resistant and has a better sheen when polished, as you can see. 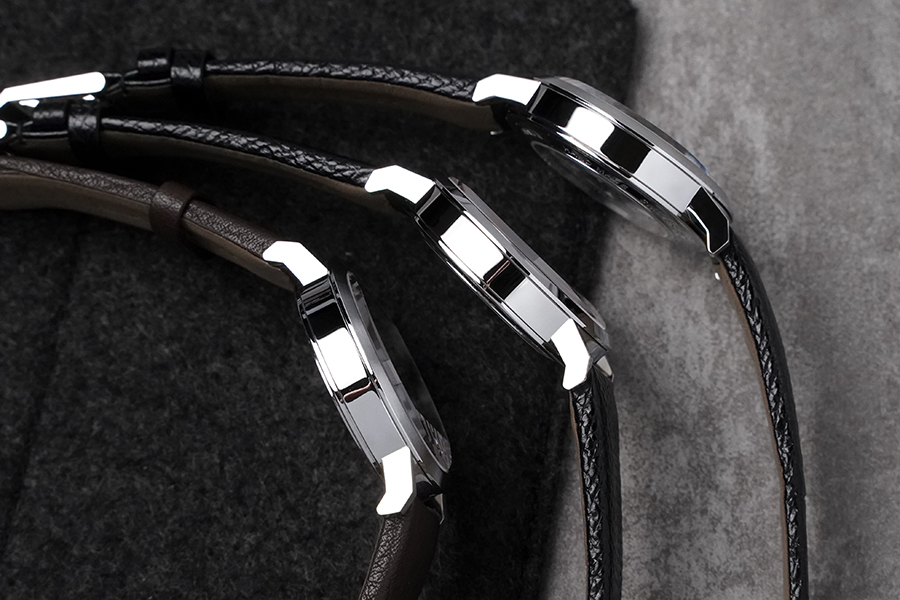 A 40mm in diameter with 46mm lug to lug is one of the best size configurations out there, allowing for a watch to feel comfortable on a majority of wrists and the angled down lugs should help with this as well. A smart choice since these dials will surely appeal to many different people. 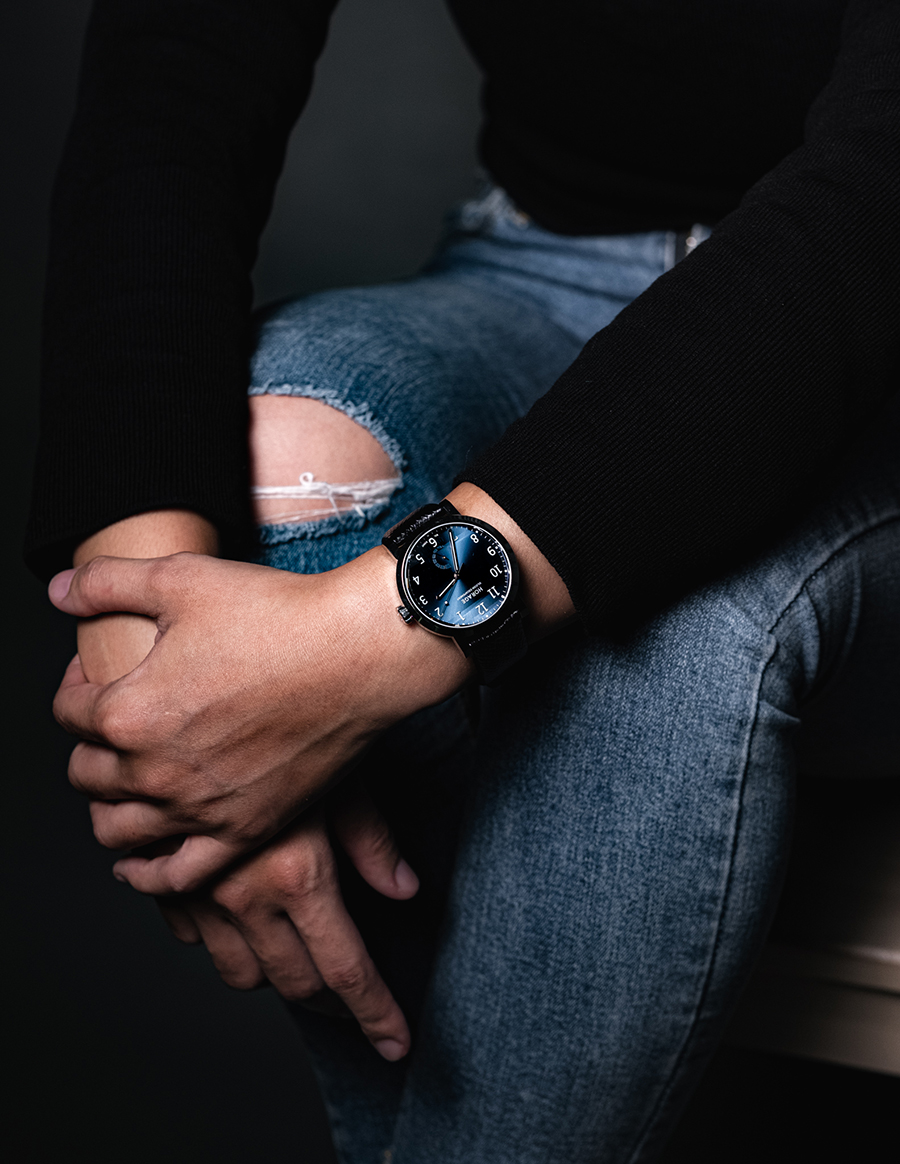 The commonalities between the dials are the diamond cut large applied Arabic numerals and hour, minute, and lollipop-style seconds hand with a diamond-shaped aperture in line with the Horage logo design cues. All hands have Swiss SuperLuminova® inserts. Gen. 2 removes the big date complication, going back to a power reserve indicator at 6 o’clock. The Omnium Gen. 2 has three dials, each with its vibe ranging from black tie to hiking outdoors. Although I can see these being an all-occasion piece depending on the wearer’s tastes. The Brushed Swiss Pearl is what I see fitting a black-tie event with its vertically brushed white surface serving as a backdrop for charcoal numerals (made of Super LumiNova ®), hands, and minute track. 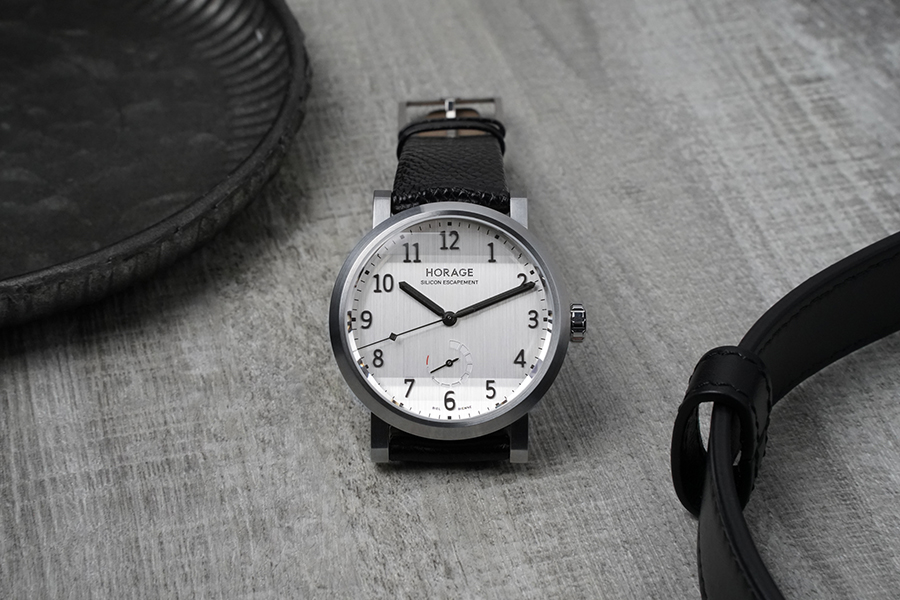 The Root Beer follows suit with a vertically brushed dial which ranges from dark brown to an orange-brown shade that would camouflage well in a forest during Fall. This almost natural pattern gives off a warm feeling that contrasts very well with the polished numerals and hands. This will surely be the one to catch the attention of enthusiasts. 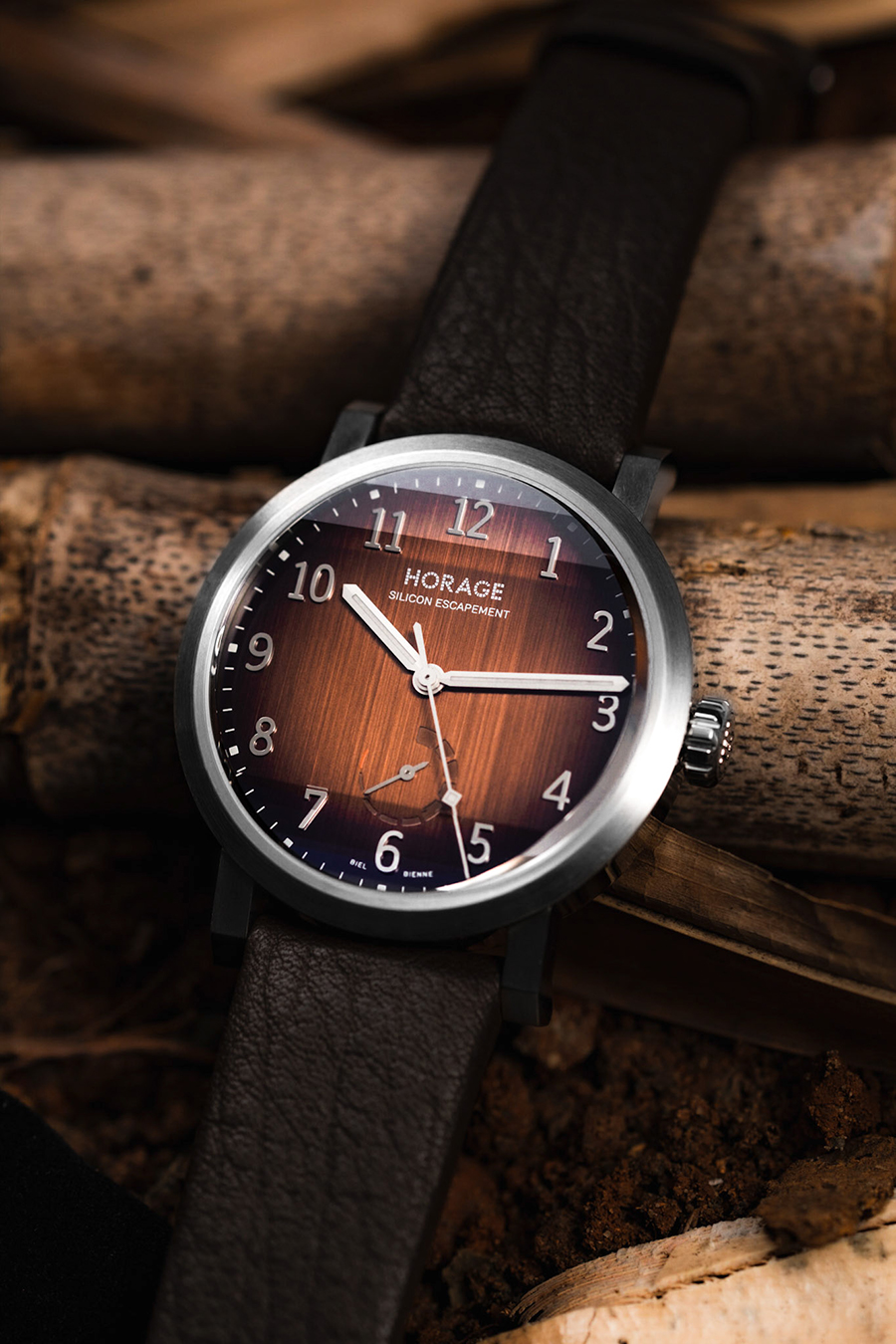 The casual Gorge Blue Ray dial is sunray finished, I do feel that asides from the Root Beer Horage’s naming method is not leaving me any room to go into the description of the dials. Like the Brushed Swiss Pearl the numerals are full Super LumiNova ®. 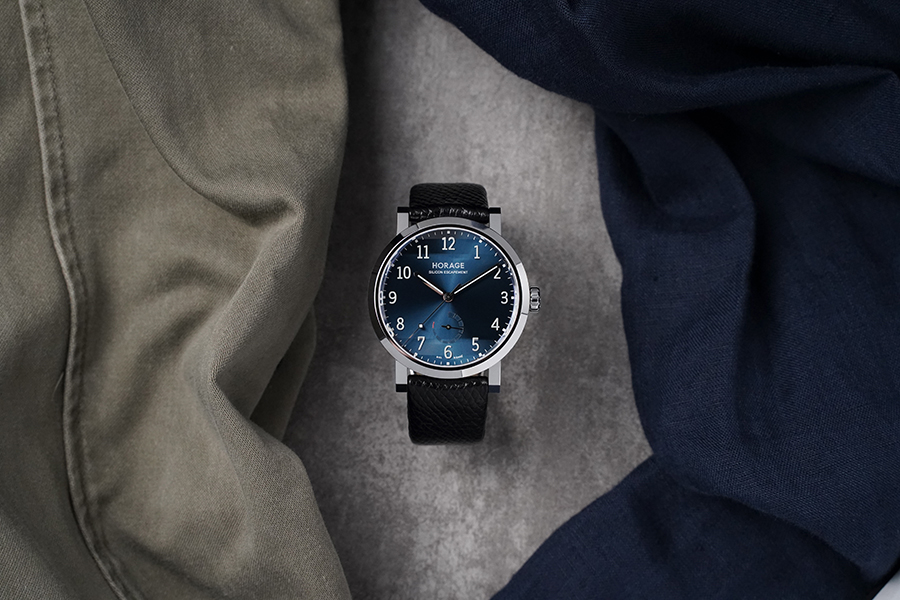 Who doesn’t like crystal distortions? The Omnium takes sapphire the crystal distortion game to a whole other level and is definitely the showstopper for this collection. The layering effect of the facet cut crystal waterfalls into the lug design and creates a visual step that distorts the areas towards 6 and 7 o’clock in a way that brings attention to the dial features. It also benefits from a 5-layer anti-reflective treatment for increased visibility.    Like the case, all steel components of the dial and straps are made of 904L stainless steel. The options are Calf leather in black and brown or a bracelet. 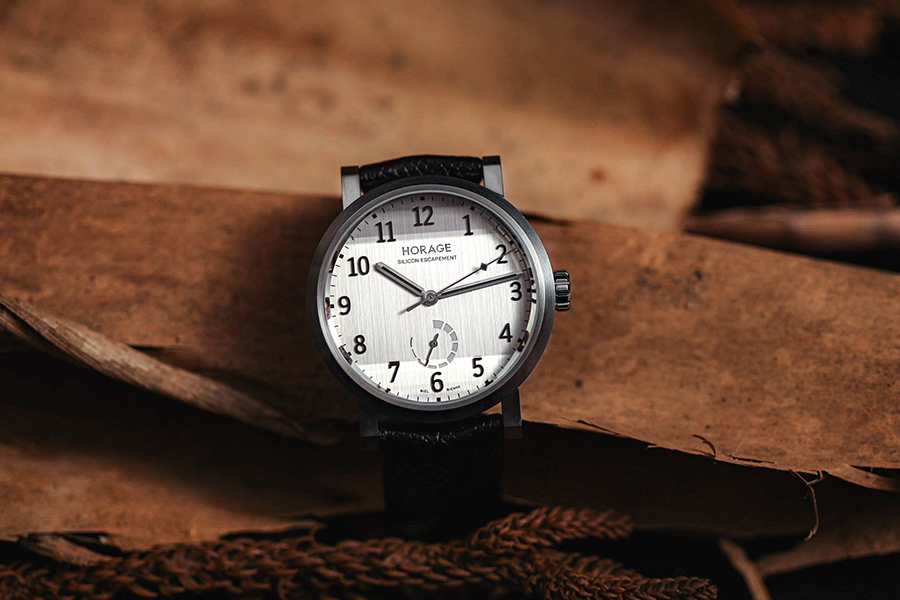 As previously mentioned, the K1 Automatic powers the Omnium and was the first in house movement made by Horage. It features an impressive spec list including 65-hour power reserve thanks to them having decreased the vibrations per hour to 3.5Hz, chronometer regulated to -4 to +6 seconds per day, and 22 jewels. Horage want to make sure this movement lasts a life time and so have also equipped this caliber with an in-house engineered silicon escapement to increase efficiency, accuracy, anti-magnetism, and corrosion resistance. A nice view of this calober is offered through the sapphire case back. Impressively, this movement is customizable in terms of complications and one day will be an alternative to ETA and Selita movements. 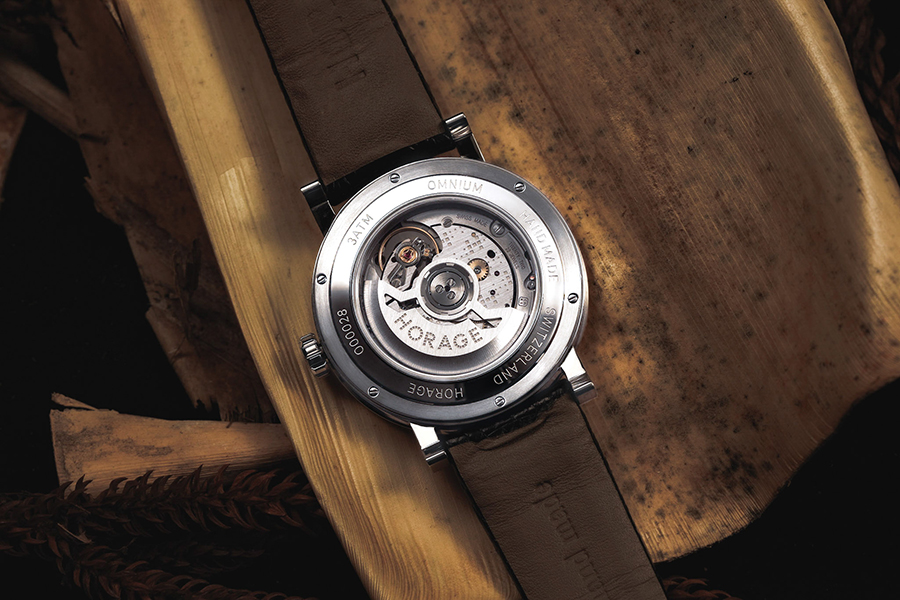 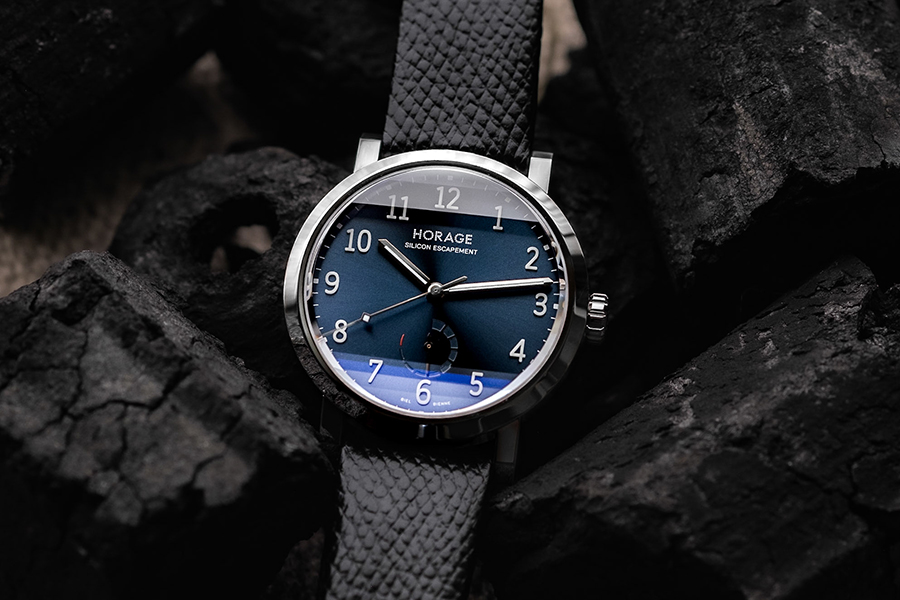 The Omnium Gen 2 is an amazing move by Horage, since it made me curious enough about the collection that it made me look into it with more appreciative eyes. I hope it’s done the same to you. While the Tourbillon 1 offers the cheapest yet technically innovative Swiss tourbillon and the Supersede offers a fresh take on a timeless design with many mechanical improvements, the Gen. 2 Omnium is quite possibly the best-engineered watch at its price point. Offering a great entry point into Horage and the Swiss luxury watch world.

Availability: Now!!! Limited to 25 pieces for a total of 75 2nd generation 40mm watches. 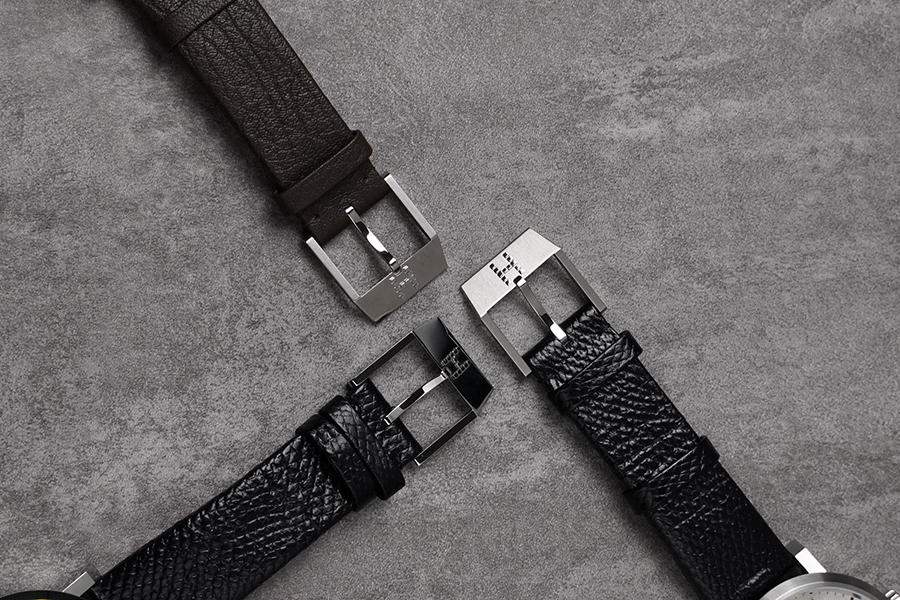 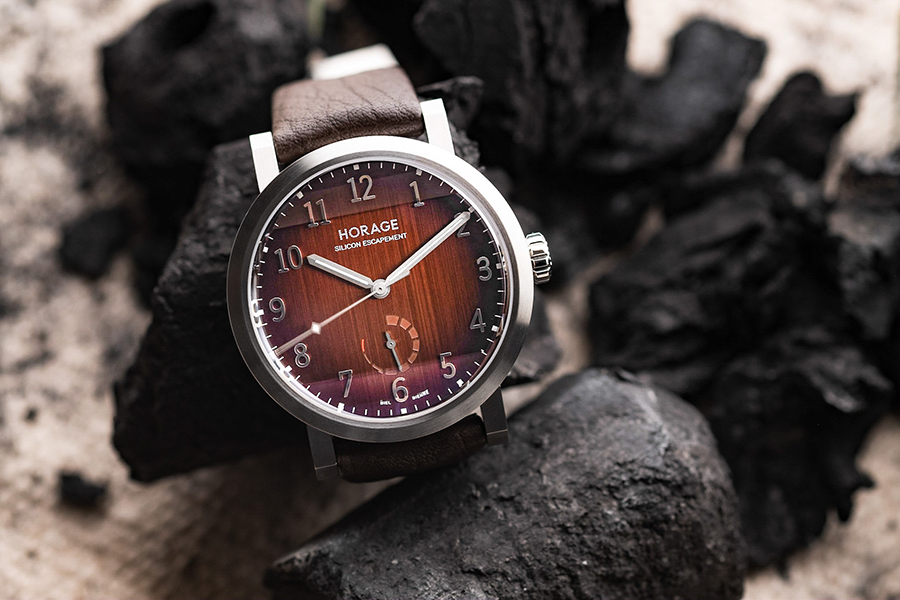