My attitude when it comes to vintage watch shopping has always been “If it’s meant for me, it will show up. Don’t seek it out. It will just click.” One day in May, I was browsing Facebook and stumbled upon this listing of a 1970’s UFO-style Seiko Lord Matic Special. Note that this was during the COVID19 lockdown period and my income was substantially lowered. However, the $120 price was very reasonable and something in me just clicked. Within the next hour, I told the seller I wanted it and paid for it.

It arrived the following day and I was pleased! It’s normally advised that one must do research first before buying a pre-owned watch. However, this particular Facebook seller historically sells their watches in a matter of hours after posting so I knew I needed to be quick about it. Thankfully, I was very lucky that it truly was how the seller had advertised it. Also, the more I read into the history, I realized I had acquired a gem. 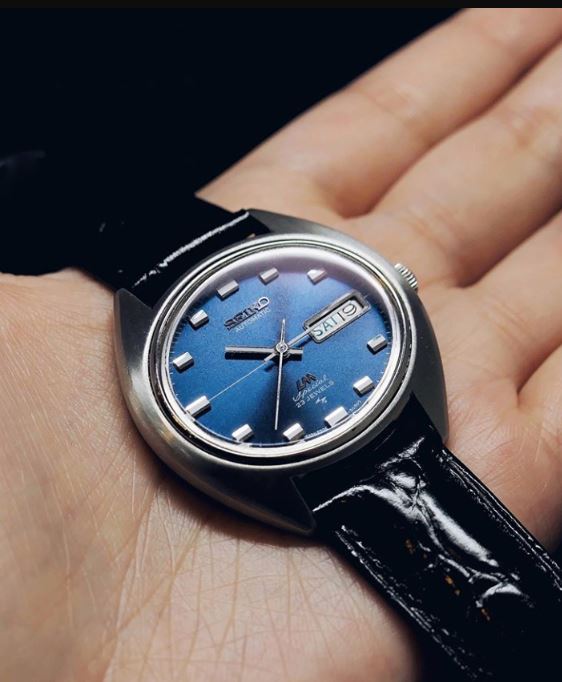 Brief History of the Lord Matic

This Seiko Lord Matic Special 5206-5040 is my second vintage purchase. My first one was the more high-end King Seiko 4502. I had a good experience with that one, which gave me the confidence to shoot for a second one. Since then, I’ve learned a lot about the history of Seiko and I have become a fan of its legacy. I am by no means an expert but I do consider myself a work in progress.

The Seiko Lord Matic began in 1968 and stayed in production until the late 70’s, as the successor to the Seiko Lord Marvel line. It introduced a new and improved sophisticated automatic movement, coupled with higher quality case design and finishing. Positioned for the working middle class, it was considered the mid-tier offering at that time, just under Grand Seiko and King Seiko. Advertisements back then exemplified how Seiko positioned the Lord Matic watches as for “men on the way to the top.” 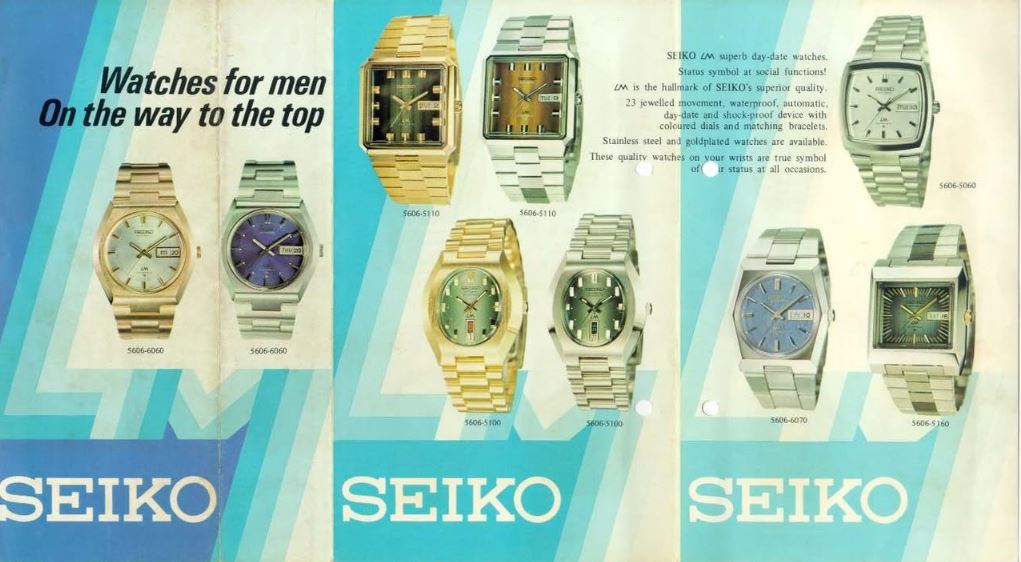 The Seiko 5206 Movement: High-End Movement for Not A Lot of Money

My Seiko Lord Matic Special uses the Caliber 5206. It was produced by the Daini Seikosha Factory from 1970-1972. It is an automatic movement with a bilingual day and date function. It has hacking and hand-winding, which is something you don’t get in similarly-priced modern day Seiko 5 watches with the 7S26 movement. It also has a rather pleasing instantaneous day and date change click at midnight, as opposed to the gradual transition from one date to another. It operates at 28,800 beats per hour, which was considered hi-beat at that era.

If that’s not enough to convince you of its close to high-end characteristics, the 5206 was the entry-level foundation for other 5200-series used in the King Seiko movements. Subsequently, it was also resurrected and updated in 1992 with the Seiko 4S series, which was used for Seiko’s high-end watches, including Credor.

The Seiko Lord Matic line probably had hundreds of variants with different cases and dials, some more on the classic side, some with very funky case shapes and multi-faceted crystals, and some with an era-appropriate definition of “space-like”.

This particular watch in my possession, I would classify under the space-like category with its brushed UFO case shape and funky horizontal cubic hour markers. The hour and minute hands have a bold white strip running in the middle, even bolder at the hour markers. The case diameter is 37mm which was a typical size for the era which is appropriate for my 6.25” wrist. The brushed case and its similarly brushed chamfered edges came with nary a scratch in the front. The only scratches evident were at the case back came which I suspect were due to servicing.

The original bracelet has been described by others as flimsy but I cannot say much because mine came with a black aftermarket calfskin croc-stamped strap. Thankfully, the strap brings a certain classic vibe which prevents it from looking dated in the year 2020. It also enhances the brightness of that beautiful royal blue sunburst dial. I also love that the date wheel is English and Kanji, something that I previously had sought after for my collection. Overall, the vibe of the watch is groovy. 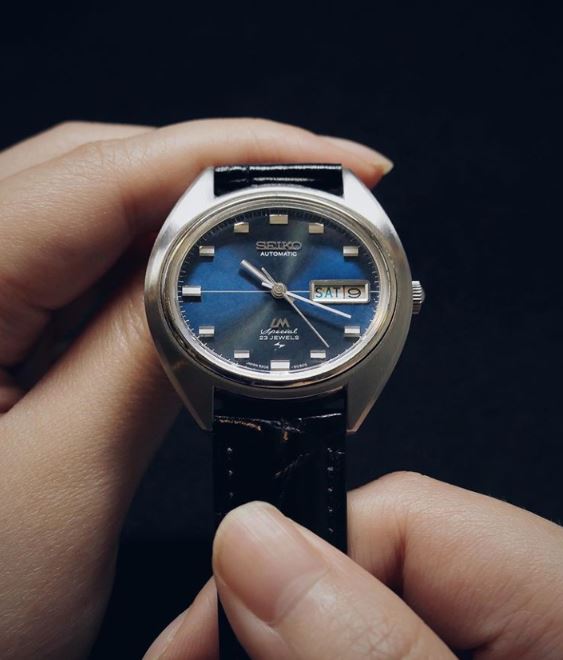 I am guilty of leaving my vintage watch purchases to fate and to my gut. Thankfully, it has paid off so far with this Seiko Lord Matic Special. This beautiful watch is nearly 50 years old and it’s still going strong.

To those who wish to go into vintage watches, the Lord Matic line is underrated and a lot more reasonably priced. If you want the functionality and the pedigree but without paying for the premium of the King Seiko and Grand Seiko, I highly recommend seeking out the Lord Matic masterpieces. I hope you get the same serendipitous opportunity that I did.

Here’s the review video I made from a few weeks ago when I first got the watch: 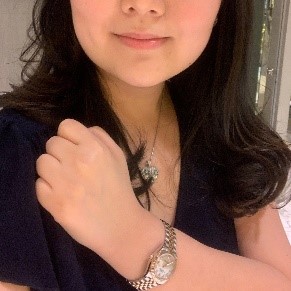 Located in Manila, Philippines. Began with quartz fashion watches but got influenced by the ex to go mechanical. Parents gifted me my Rolex Datejust for my birthday which jumpstarted my watch quest. Got the idea to begin making watch videos on Youtube because I could not figure out how to make my brother’s Reverso work and thought watch demo videos might be helpful to other people. Current watch collection includes Japanese, Swiss, and Chinese; mostly acquiring bargain pieces. Initially posed as a guy but eventually came out as a gal so I can be more authentic in my interactions with watch friends.