It seems to be a common topic among the watch community;  What’s your beater watch? A $100 G shock, or a $10,000 Rolex? Certainly, nothing seems to flare passions quite as much as referring to the latter as a beater.

I think the concept of a beater is a good thing, though perhaps the word itself is a crass and poorly chosen one to use for the piece that you’re comfortable exposing to the everyday rigours of life; After all, your profession and lifestyle will very much determine how many shades of a beating you can reasonably anticipate your watch to take. Perhaps it would be better to refer to that piece as your tool. perhaps it would be better still to refer to it as your tool-watch.

I should never assume to tell anyone how to spend their money,  nor what value to attach to an item. With that being said, Here’s how I came to start using my Swiss watch as an everyday hardened tool-watch, and why you should too. 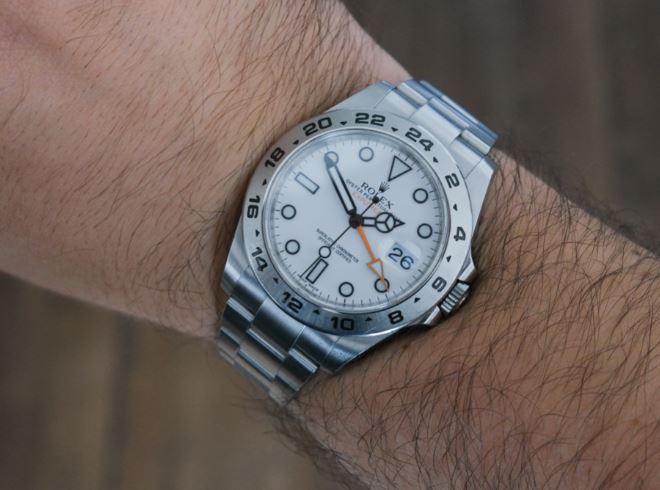 My interest in watches took on something of an exponential growth around 2015-2016. For around five years previously I’d slowly been developing an interest, but with a limited budget it was a gentle progression from whatever department store number I was wearing to Hugo Boss, Tissot, and then finally probably my most expensive purchase at that point, a G-Shock GW-4000D picked up in Houston whilst working out in the US. I was doing some work in the Oil & Gas sector, specifically in fabrication environments and I figured a rugged watch would suit the environment. This was also my first experience of “the itch” (No, not that itch) and it was temporarily scratched. over the next 18 months I discovered Aquaracers, eyed up Seamasters and flirted with Speedmasters. Eventually, in late 2015 after a particularly gruelling 3 month work assignment in South East Asia I bought my Omega Planet Ocean 45.5, in a moment of self-congratulatory excessiveness after 5 beers in a KL Airport bar. I now had the perfect watch pairing, luxury and reward whilst at home, and the workhorse G-Shock –  After all, who could ever need more than two watches?

Then the itch started again.. 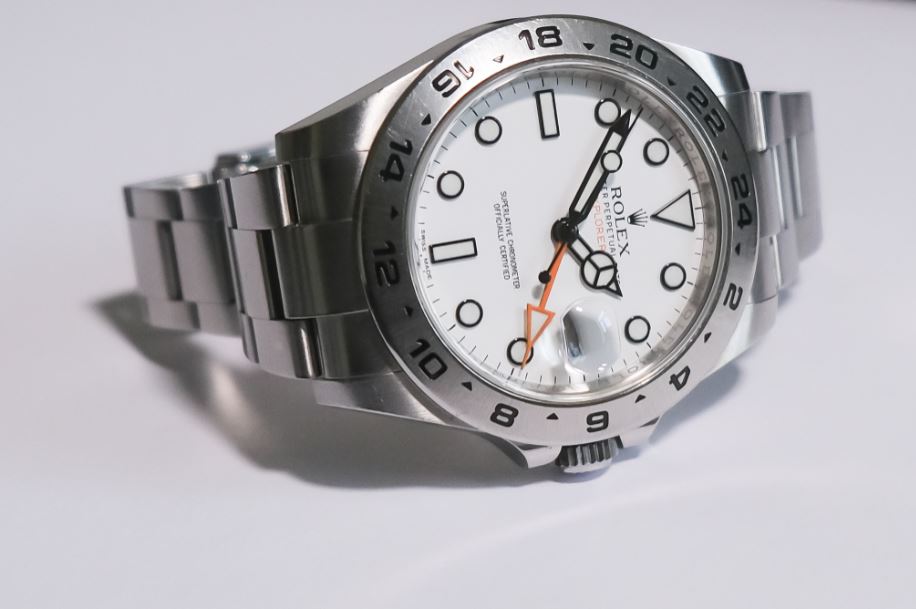 Well, more of an irk really. I had this new found appreciation for mechanical watches and a fantastic Omega at home, however during this particular period I was working ten months of the year away from home and was stuck looking at a battered G-Shock every day. This feeling gnawed away at me and I ultimately decided against having a Stainless Steel ‘safe queen’. I could not see the point in having something of such quality and that gives such pleasure just to keep locked away, for fear it might take a scratch. I reasoned other people, like cyclists, photographers, skiers and petrol-heads also had passions with expensive equipment and, as careful as they may be, had to accept their equipment getting a scratch or a bump was just part of using and enjoying the damn things out in the real world. Wear & Tear. Why should a watch be any different?

Rather than just using the Omega I concluded (in my infinite wisdom) that a new watch to use as my everyday wearer would be the best course of action. I’m not going to attempt to reason this with you, because I can’t, but in my head it went along the lines of “ A second timezone will be useful, I need a Rolex and I’ve worked hard”. In other words: All the usual white lies. 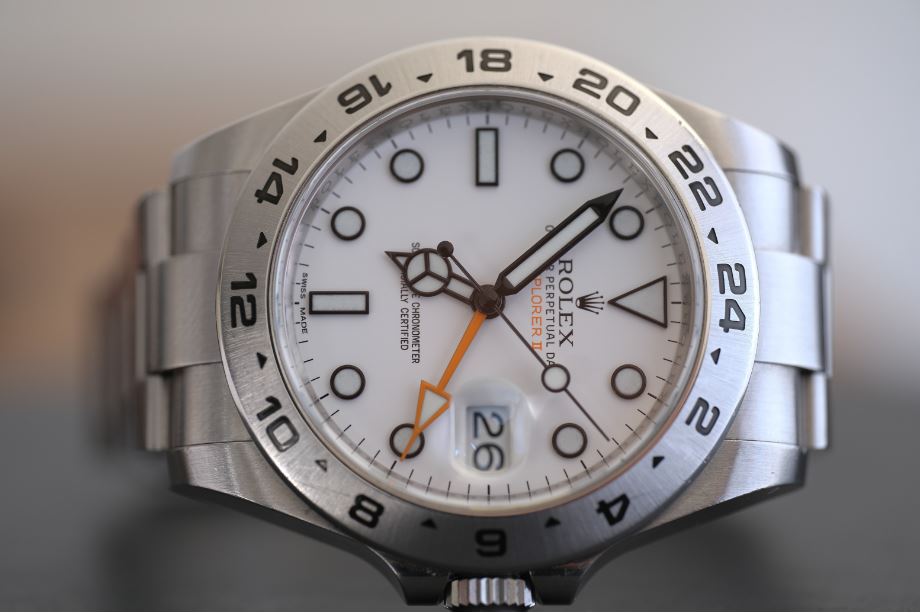 After the obsessive research that is applied to most of my purchases I’d settled on a Polar Explorer 2 216570, but I’d also been interested by the GMT Master 2, both the BLNR & LN models. On my next day off I travelled through to the Rolex AD to try them all on. (remember when you could do such things?) and quickly came to the conclusion that the PCL’s of the GMT was too ‘bling’ for my wants and needs at the time and didn’t fit with the tool-watch profile, and so the Explorer 2 it was.

As an interesting side note It was a close run between that and the BLNR,  it was explained to me that I was fortunate they had it in stock and, furthermore, should I decide to purchase it in the future I should be prepared to wait 2-3 months. Hindsight is comical, eh? 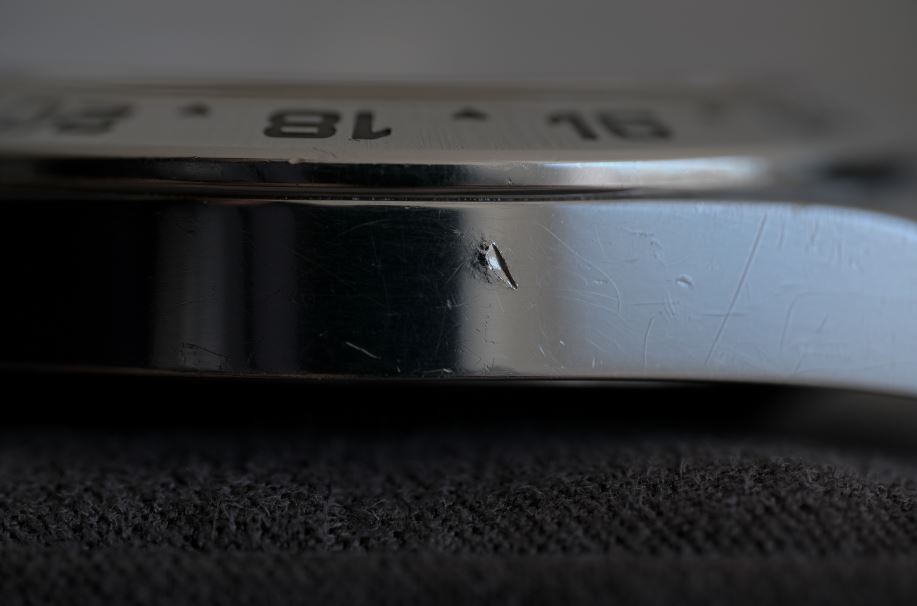 The G-Shock was cruelly relegated to the bottom of the holdall whilst the Explorer 2 took pride of place on my wrist, and it hasn’t missed a day of work since. It’s been scratched, dinged, gouged and even inadvertently fire-proofed after resting my arm on a recently treated steel beam, but still, It serves it’s core purpose very well; It’s accurate to within 2 seconds a day, and is easily the most legible dial I own. A quick glance and I register the time,  track my eyes over to the orange GMT hand and I know know what time it is back home and whether my better half is waking up, coming home from work, or expecting a FaceTime call. 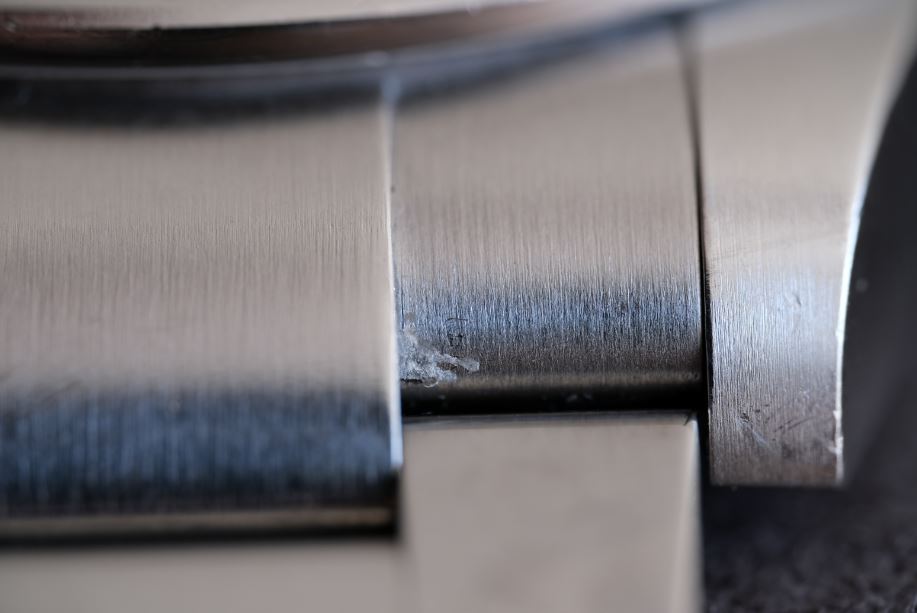 More importantly though, the watch has taken on a secondary function, one which I never expected it to when I bought it. It’s a tool of humility, a tool of perspective, and a tool to aide the memory.

I often catch myself looking into the dial and reflecting on how fortunate I am to get into a position to buy a luxury watch. Sometimes I wonder about why I’m spending so much time away from home, and then it reminds me of what that work can provide financially for my family, and how lucky I am to have that opportunity. Then there are the times where I find myself inspecting the damage and chuckling whilst reminiscing over the moments either at work or, more often than not, the ‘extra-curricular’ activities that put them there. 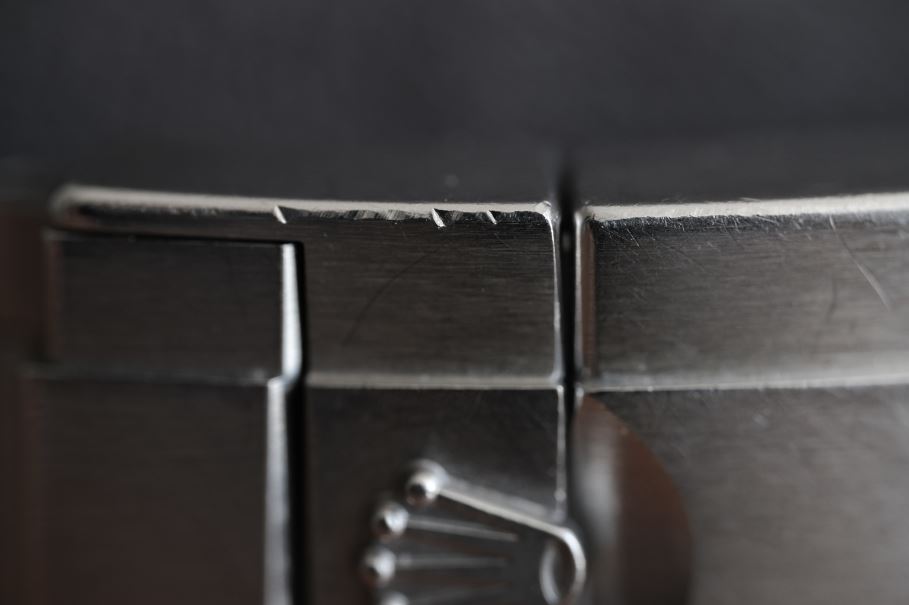 That’s not to say they will stay there forever, let’s not over-romanticise this.

At the end of the day its an expensive lump of metal, and Rolex will no doubt be wanting another wedge to service it sometime in the next few years. When that time comes they had better polish and micro-weld her into as close to as-new condition as is possible.

You wouldn’t drive around in a scratched and dented  Mercedes, whilst proudly declaring ‘every scratch tells a story?’ That’s the same principle I personally apply to my watches.

In the meantime, between the services,  I’ll enjoy it, use it, scape it and scratch it, but certainly not stress over it.

The first scratch on any new watch is a bizarre experience, A moment of intense annoyance, quickly supplanted by relief, for it can now be enjoyed. I’m definitely one who enjoys and appreciates my watches infinitely more when I can wear and use it whilst not stressing over the consequences of what my wrist may be coming into contact with, and I think you should adopt that philosophy too. 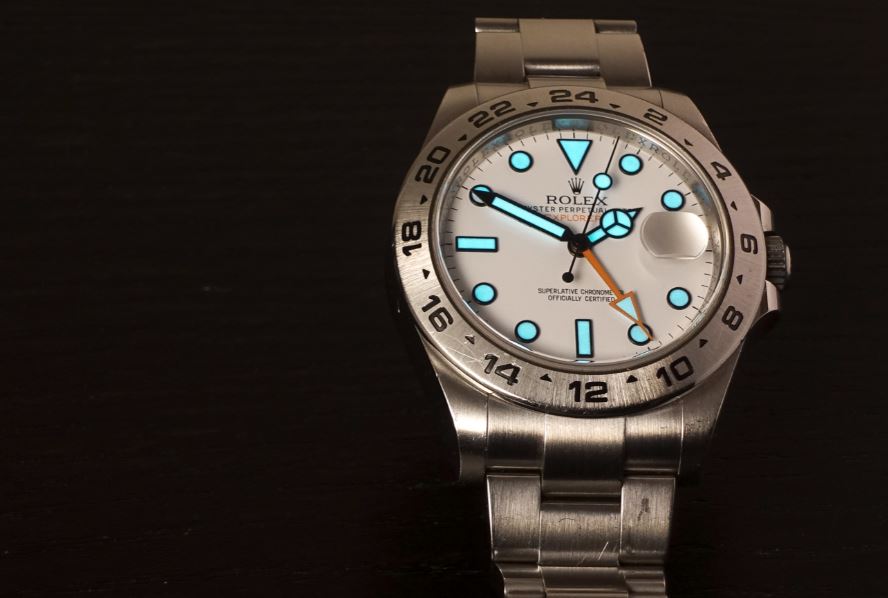