Almost a year on from the original reissue launch of the Timex Q ( reviewed here) and unboxed here:

and after a few months of speculation, Timex have announced their new model – the M79 Automatic.

There’s a few subtle changes/upgrades from the Q. At this point, details are fairly sparse but
here is what we know… 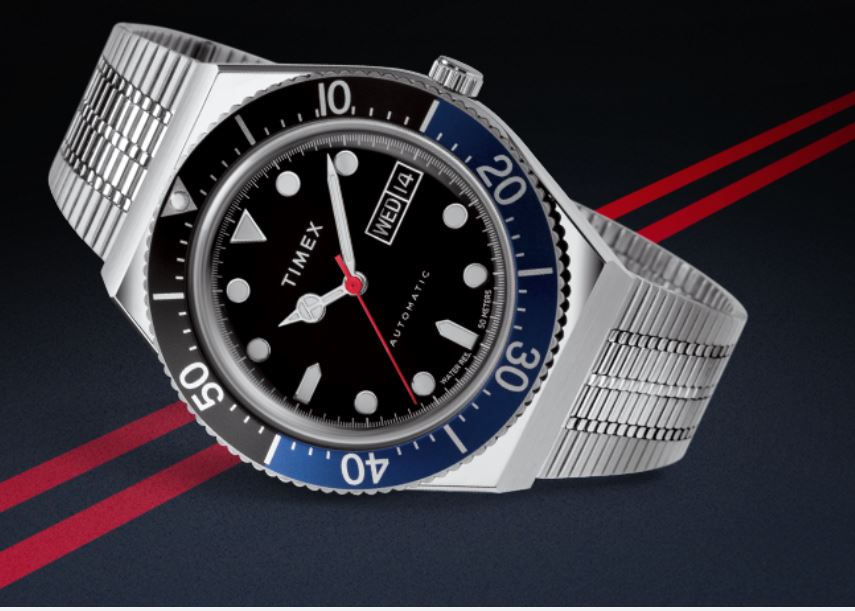 The most obvious update is the colour scheme. The red and blue, Pepsi combination of the Q is
gone and it’s been replaced with black and blue instead. This new combination is fondly referred
to as ‘Batman’ in the watch community. This in itself is nothing new, in as much as it had been
long rumoured on various watch forums and groups. It’s a fairly obvious choice and one that
was inevitable, but it’s almost certainly guaranteed to be well received. 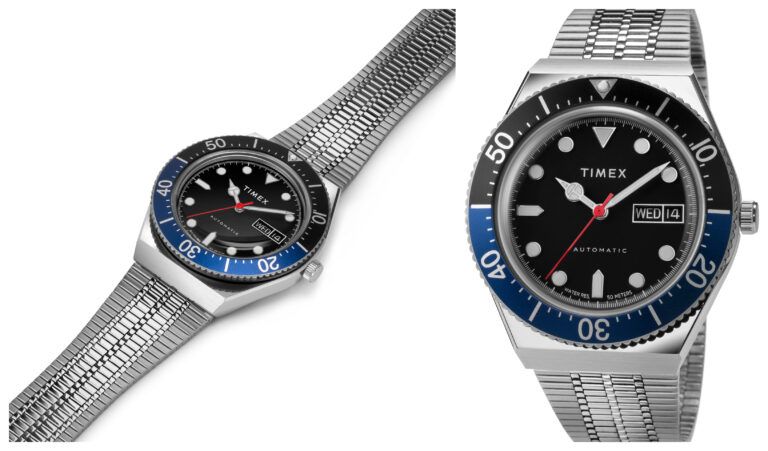 The next big change is the movement. The Timex Q used a quartz movement, hence the ‘Q’
nomenclature. The M79 aligns itself to the company’s current direction by featuring an
automatic movement. It’s a Japanese-made Miyota affair, but the exact model is not specified.
It’s a three-hander with day/date functionality much like it’s predecessor. Looking at the official
press images, I would guess it’s from the cheaper 8 series. This would make sense and allow
Timex to keep the watch at an affordable price. The 8 series of movements are nothing fancy,
but do the job they were designed to do. The movement is visible through a display case back
at the rear. It’s almost certainly mineral glass or acrylic but, with the finer details somewhat
lacking at this point, nothing has been confirmed. 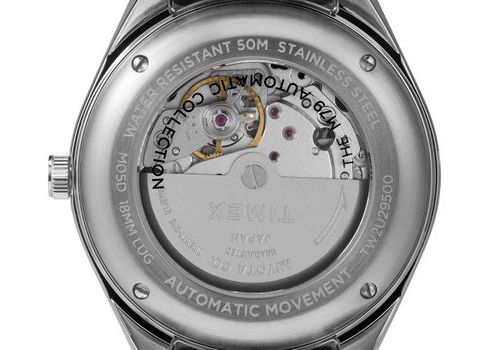 Other changes include a ratcheting, unidirectional bezel and the case size. The bezel upgrade
is a welcome improvement over the bidirectional, friction bezel of the Q. That was the biggest
letdown for me on the original reissue so it’s good to see Timex have done something about
this. The bezel insert now features more traditional dive/timing bezel markings as opposed to
the 12-hr scale of the Q.

The case size has been bumped up to 40mm from 38mm. This was done in order to maintain a
50m water resistance whilst also allowing the use of the automatic Miyota movement. I don’t
mind the size increase – 40mm is my personal sweet spot. Some purists may not approve but in
the long run it’s a small and unimportant change. 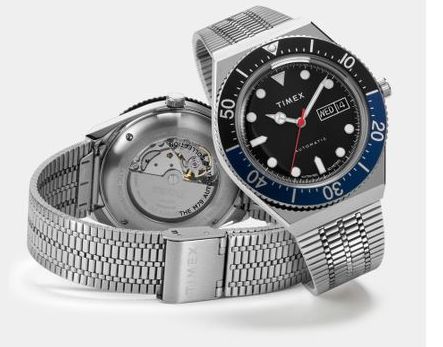 The M79 comes on the same cool, vintage-style bracelet as the Q. No complaints here – I have
handled this bracelet before and can attest that it’s comfortable. If it ain’t broke, don’t fix it.
All in all this is a cool, if somewhat unsurprising launch. It’ll please people looking for an
automatic budget version of the Rolex Batman GMT. Even with the upgrades, I expect it’ll be
affordable and make a nice, fun addition to a collection. You can join Timex’s mailing list here to
receive more information from the brand, as it’s released.