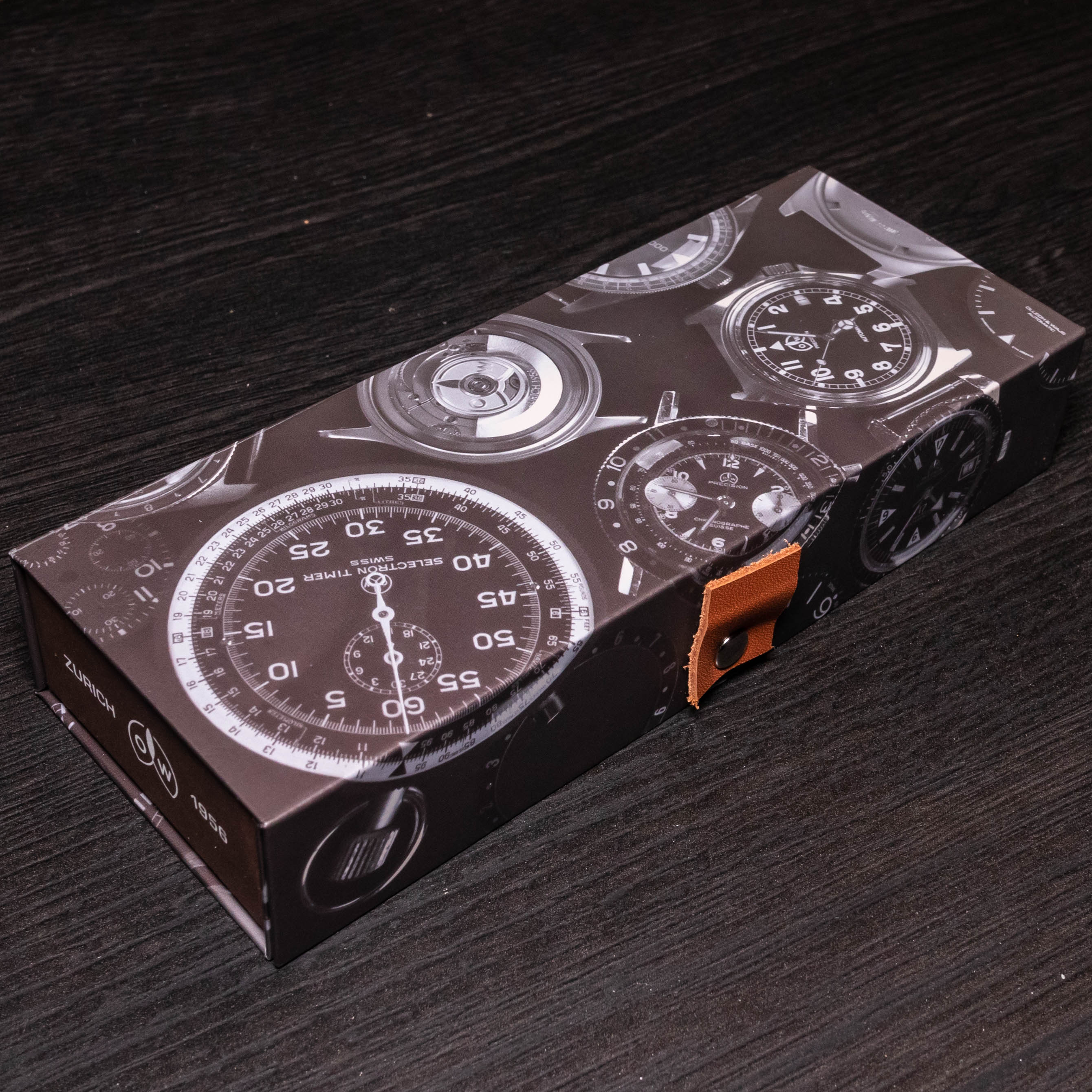 The first time I saw the new O&W pieces online must have been several months ago, and I was never able to get them off my mind. This Swiss company from Zurich had history and both the P-101 and P-104 had an original design with great specifications. Underneath their hoods lays an ETA 2824-2 OW3P movement beating at 28800 bph and lasts for 38hours. 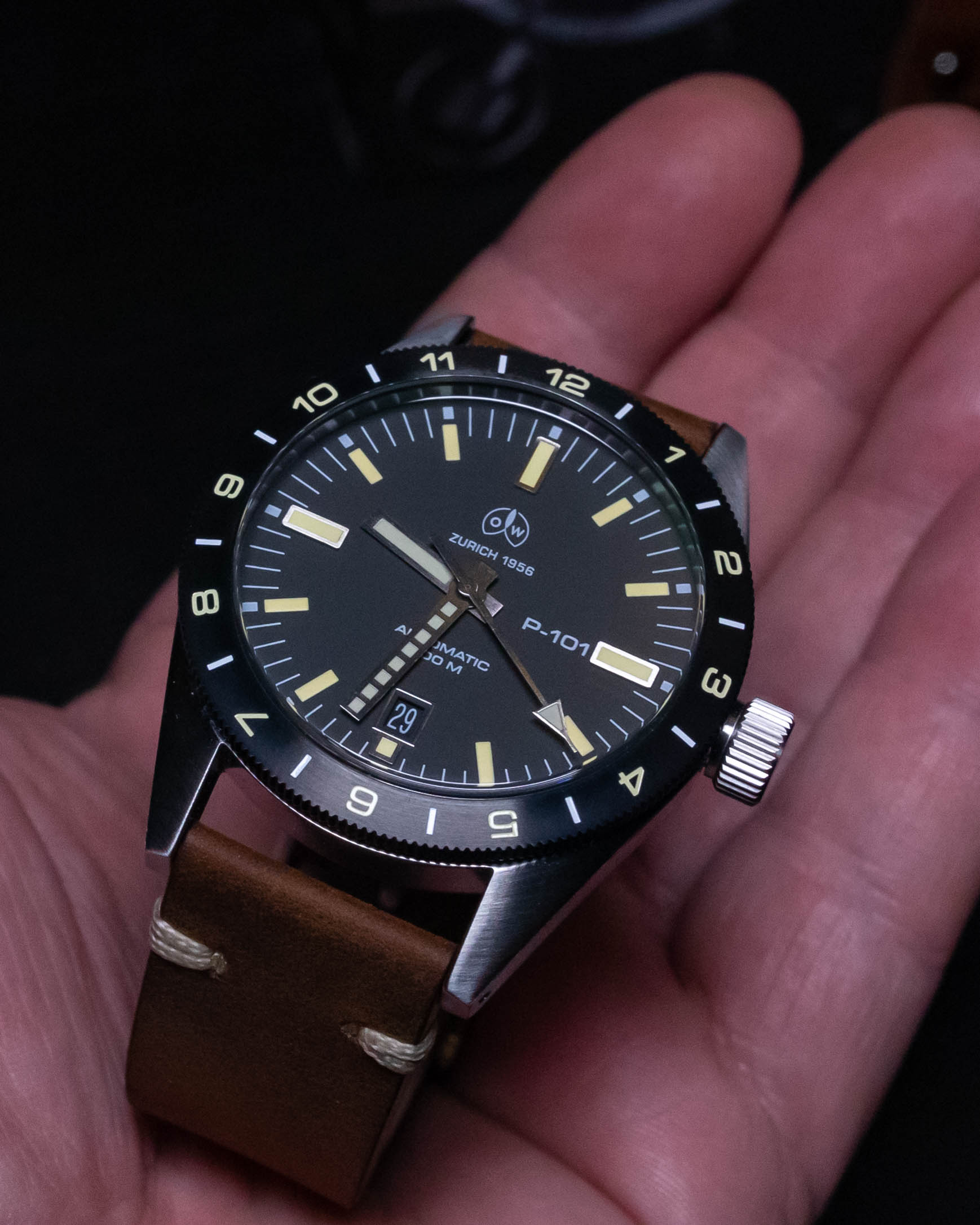 Both of these two models uses the same case, but their appearance are very different. The P-104 has a more playful and sporty look while the P-101 has a calmer 12 hour rotating bezel. 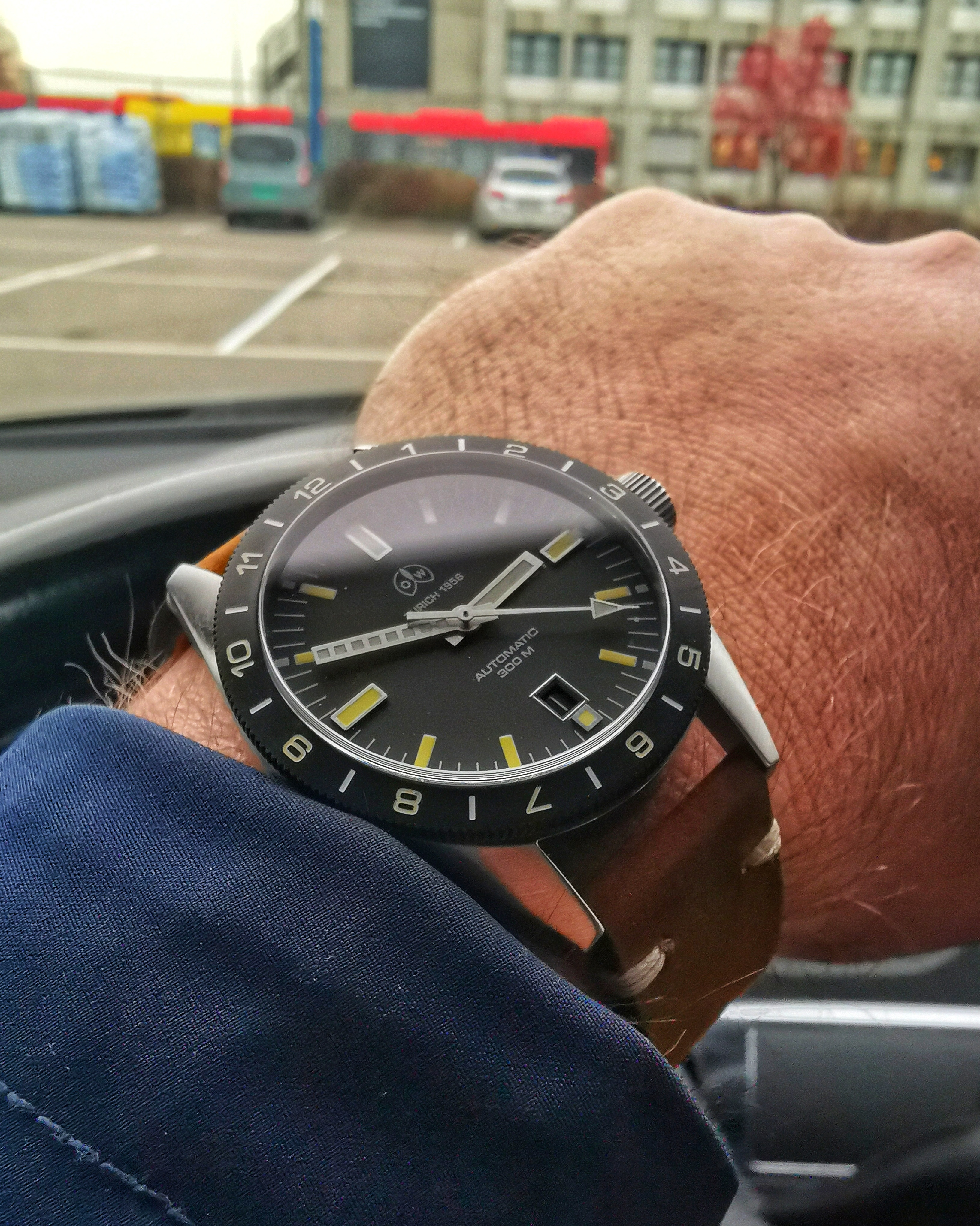 Since the diameter of both the P-101 and P-104 didn’t even measure Ø40mm I was a bit hesitant of ordering one without trying it on since my wrists are on the chunkier side (19cm). But after asking OW directly I was told that the watch measured 49.5mm from lug tip to lug tip, and this was reassuring and my craving for a model from Ollech & Wajs continued.

The case is made of 316L steel which has a brushed finish. Both the case back and the crown are screwed, and the watch has a WR of 30atm / 300m

All their models has drilled lugs for quick strap changes. 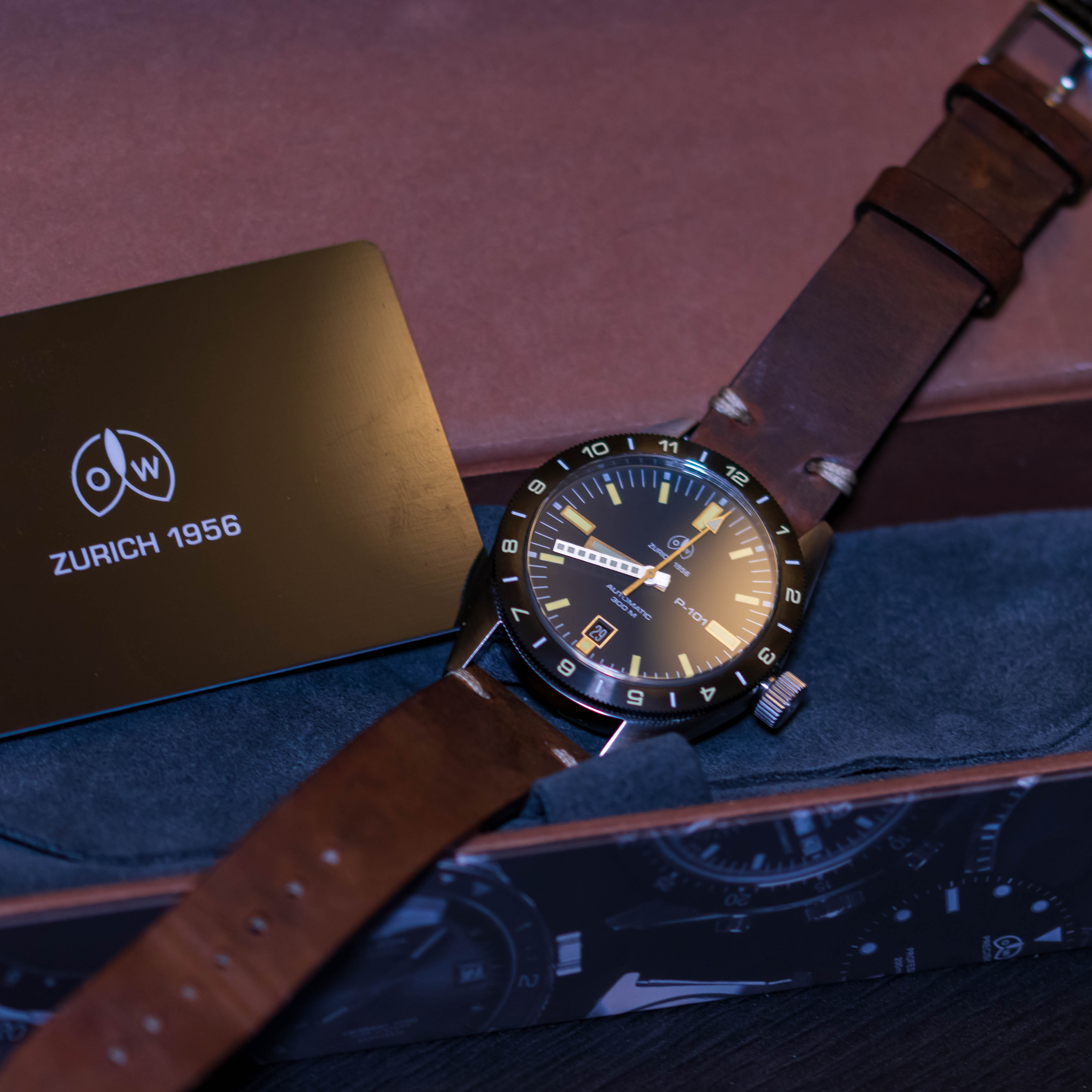 My decision landed on the P-101, and I’m really happy with the decision. I’ve now had the watch for more than a week and I can honestly say that this watch is not going to leave my possession anytime soon. I find it really difficult to think of any swiss watch with a retail price of only 956 CHF which can compare to the P-101.

This brand has history, great movement and the build quality is solid, even the strap feels awesome.

The proportions are excellent and it wears amazing on my chunky wrist.

The P-101 pilot watch combines a great tool-watch look as well as still being playful with its awesome minute hand. The watch has lume on the 3, 6, 9 and 12 hours indices as well as the hands. The lume which is applied is Super-LumiNova and lasts around 5 hours if fully charged based on my personal experience. 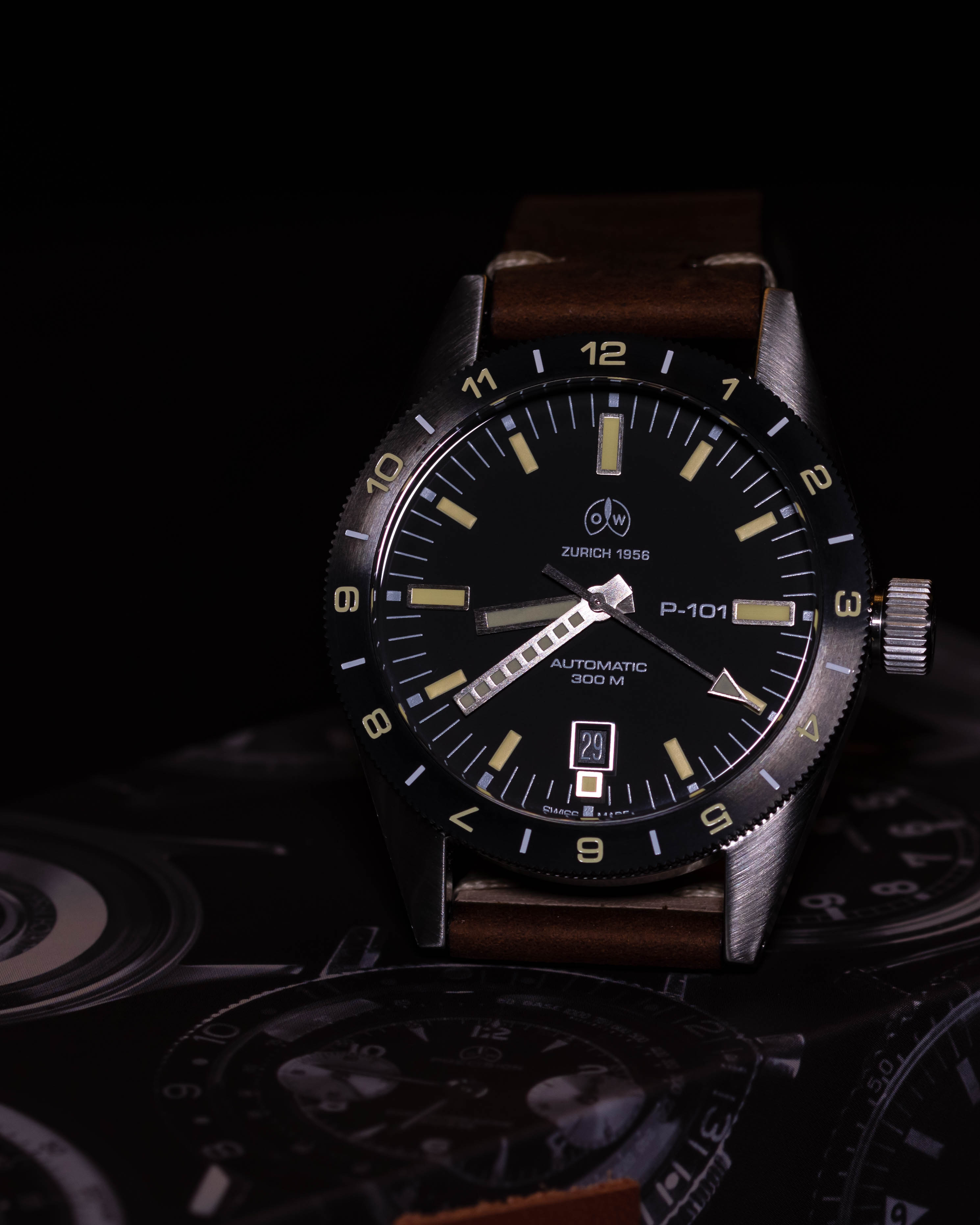 The company was founded by two friends, Albert Wajs and Joseph Ollech back in 1956 in Zurich, Switzerland.

The company started off as a watch store selling other brands like Omega and Breitling. They later on started producing their own watches by buying components piece by piece.

In the mid-60s they were making military-grade watches which targeted the American GIs which were also their more frequent customer, but they also sold to the Air Force pilot as well as the French forces. 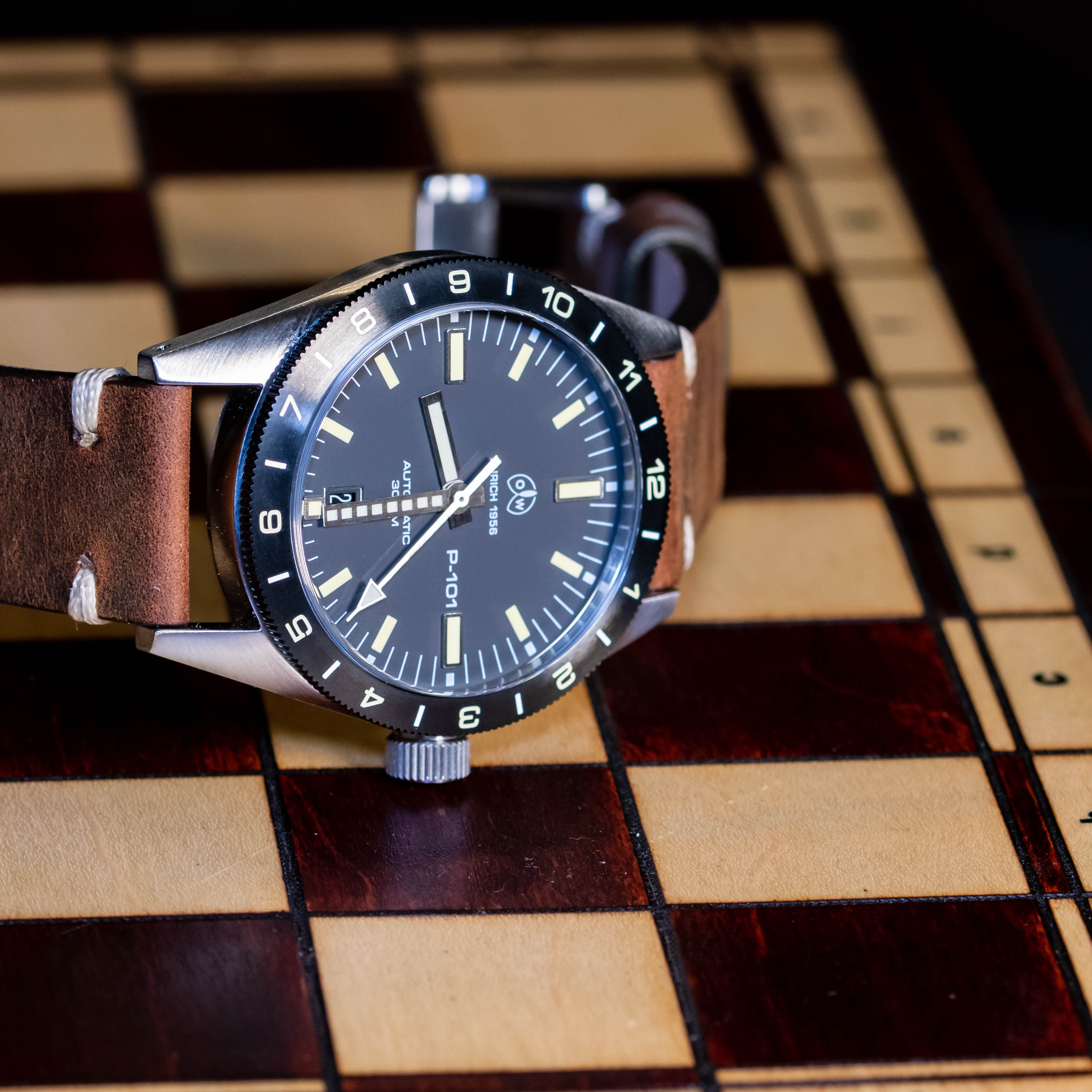 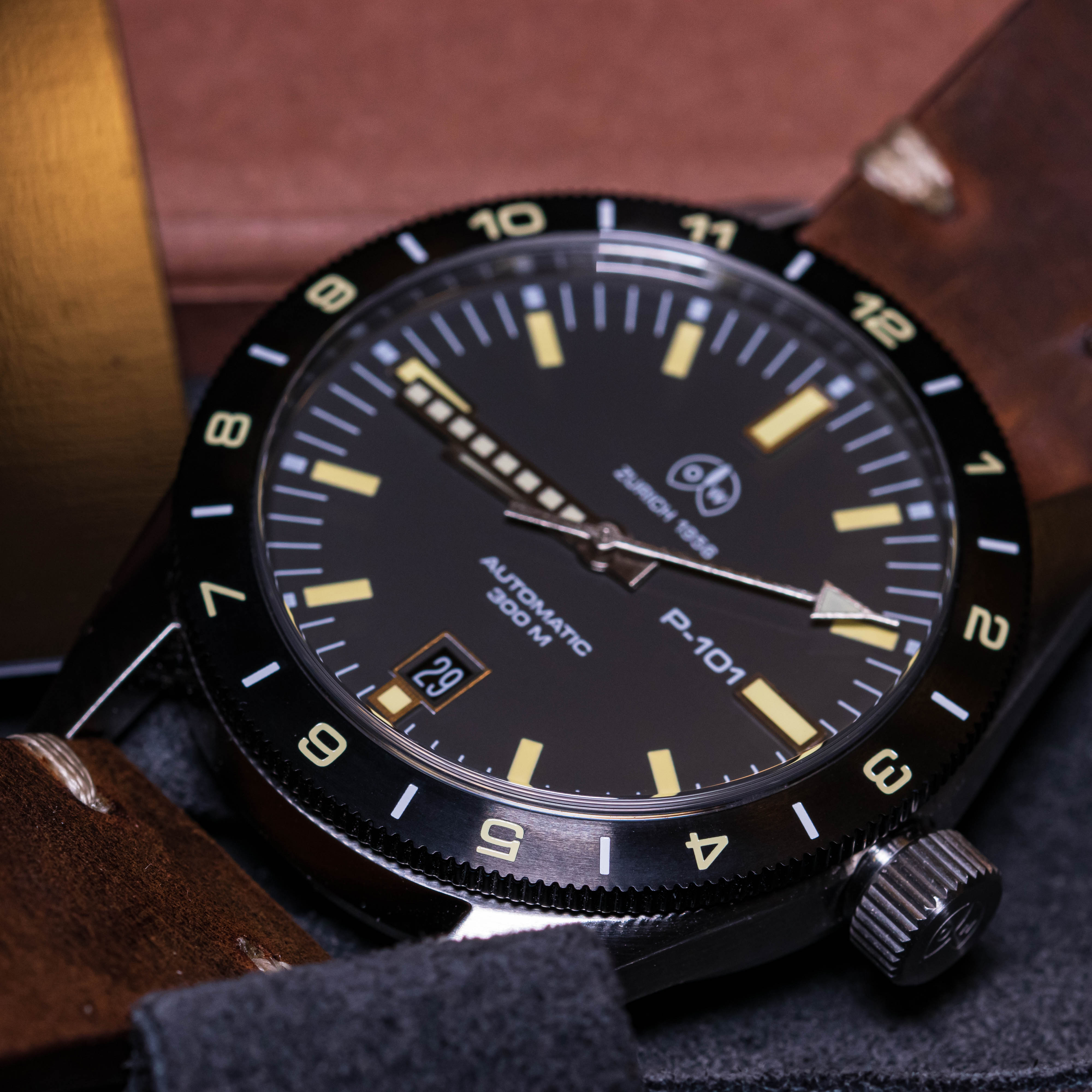